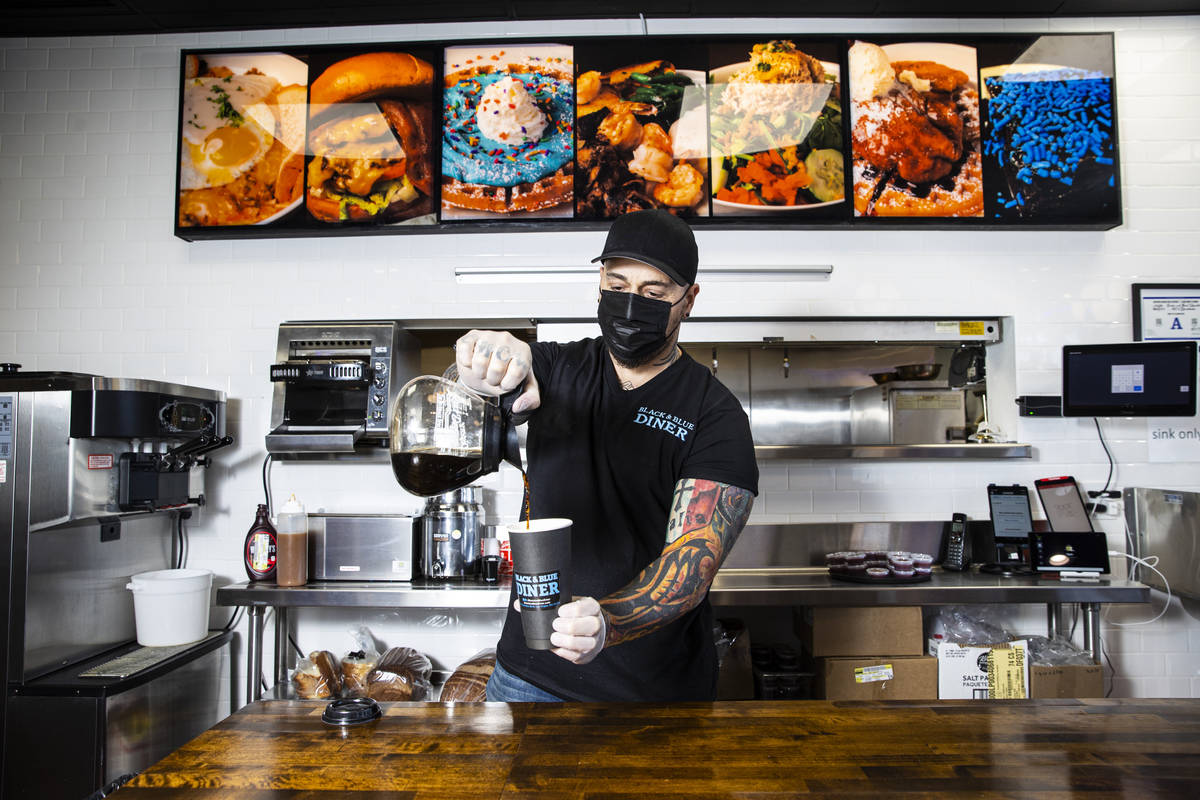 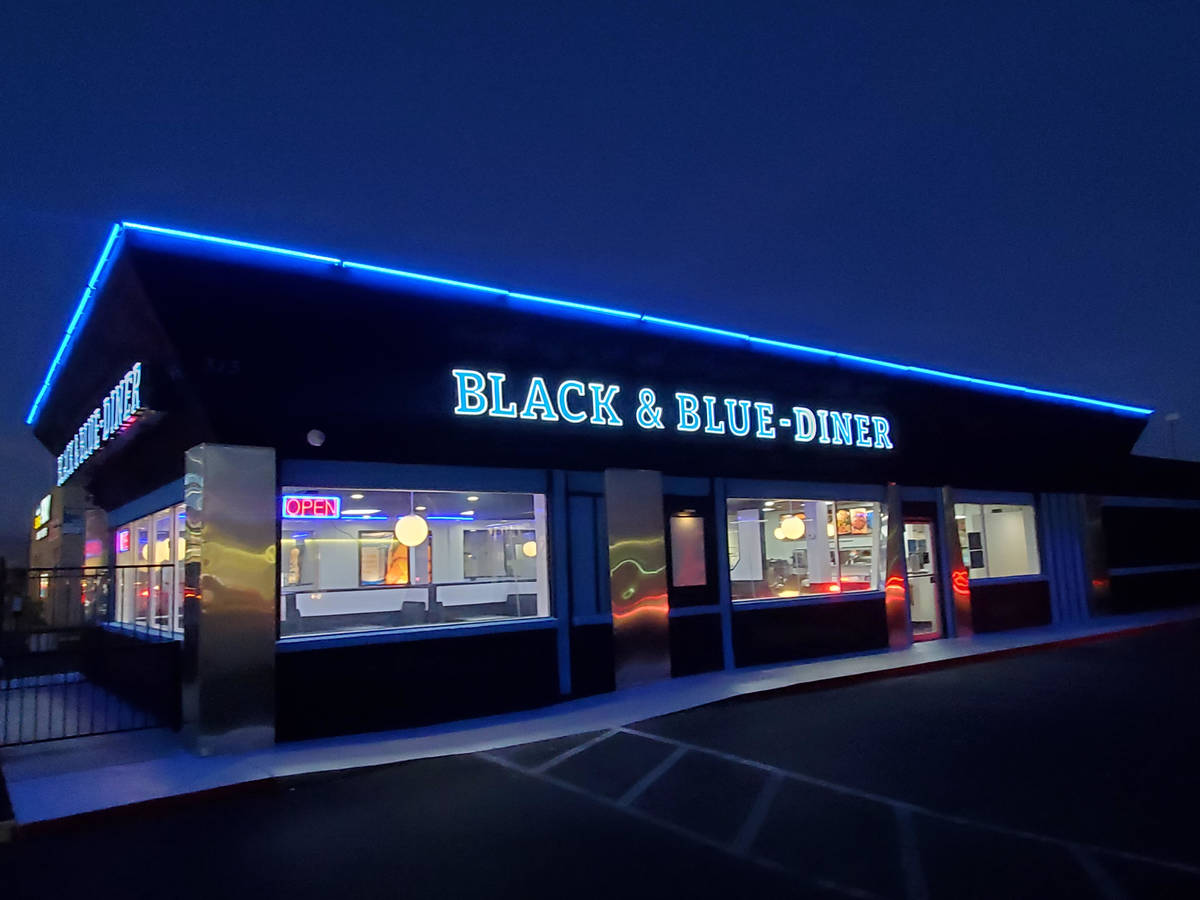 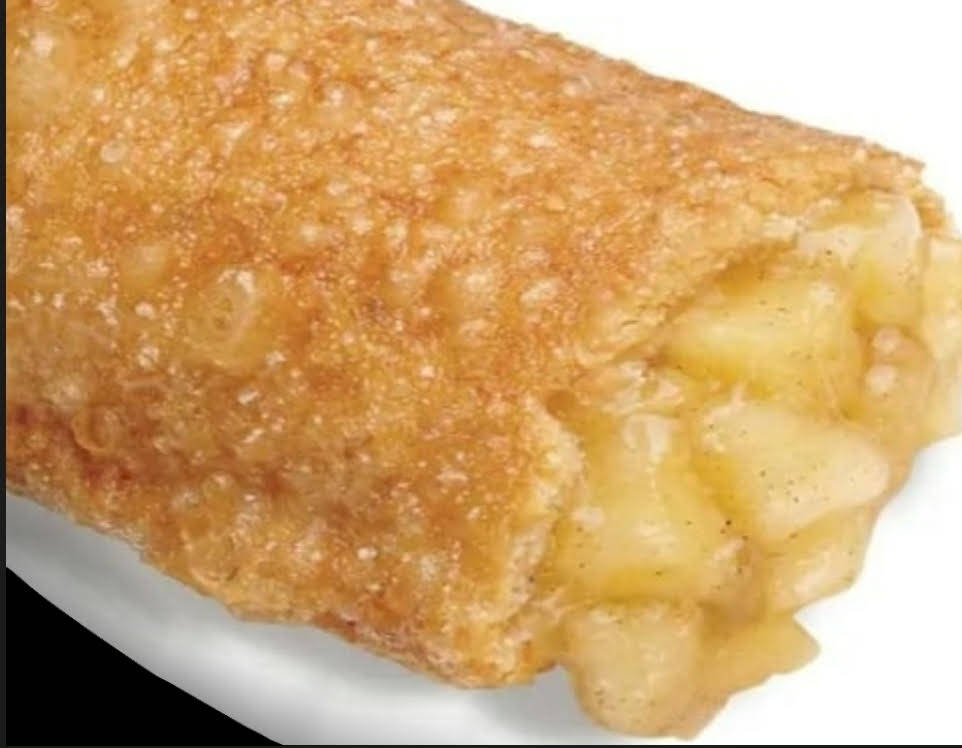 For fast-food fans from all over who pine for the days when McDonald’s apple pies were fried, chef Vic Vegas promises a close replica. (Black & Blue Diner) 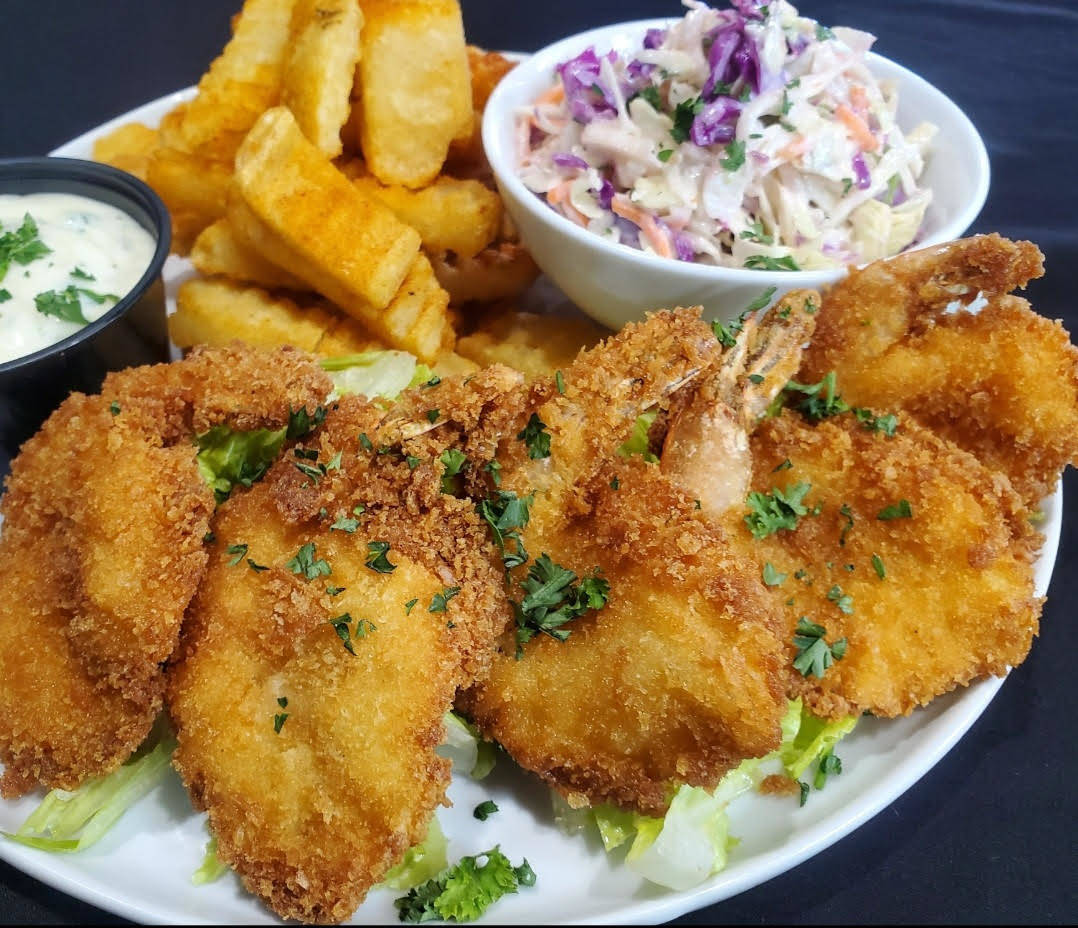 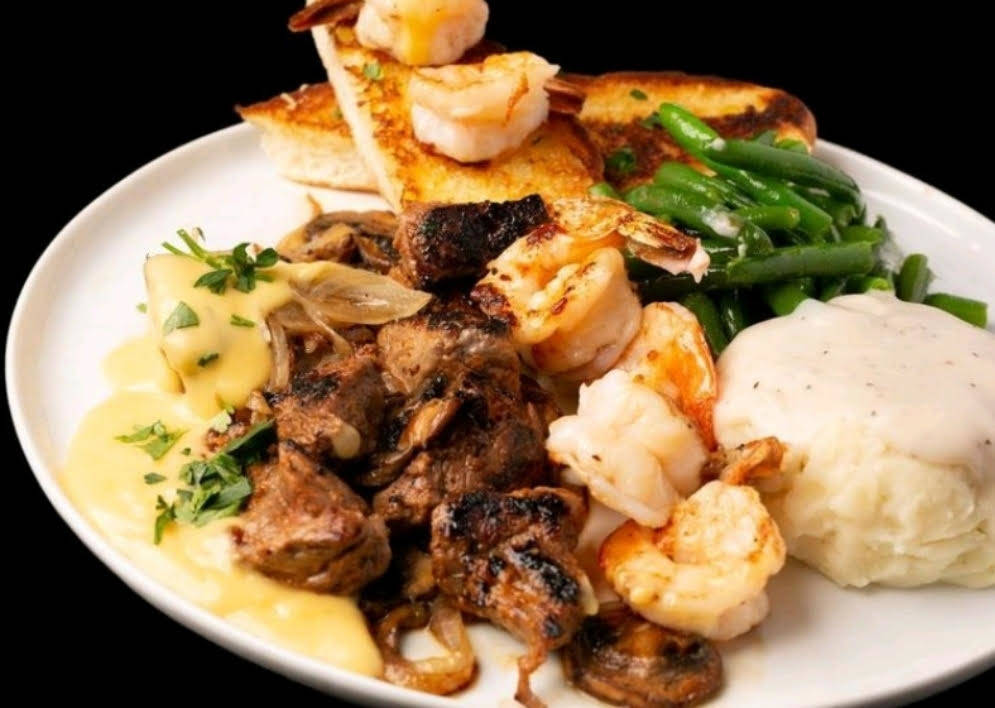 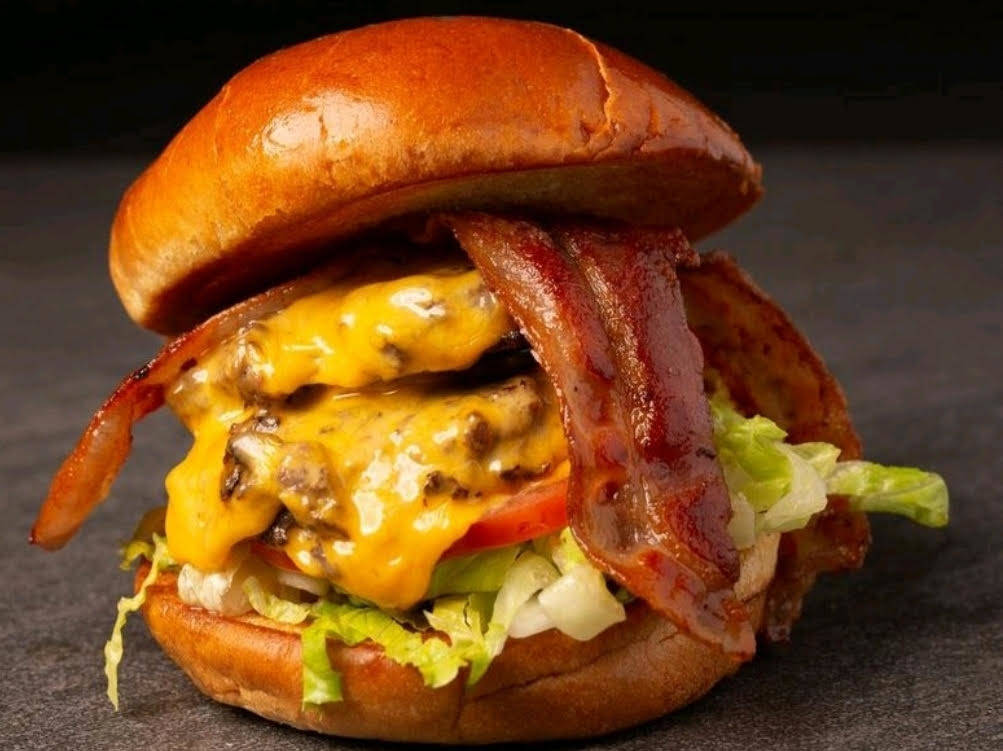 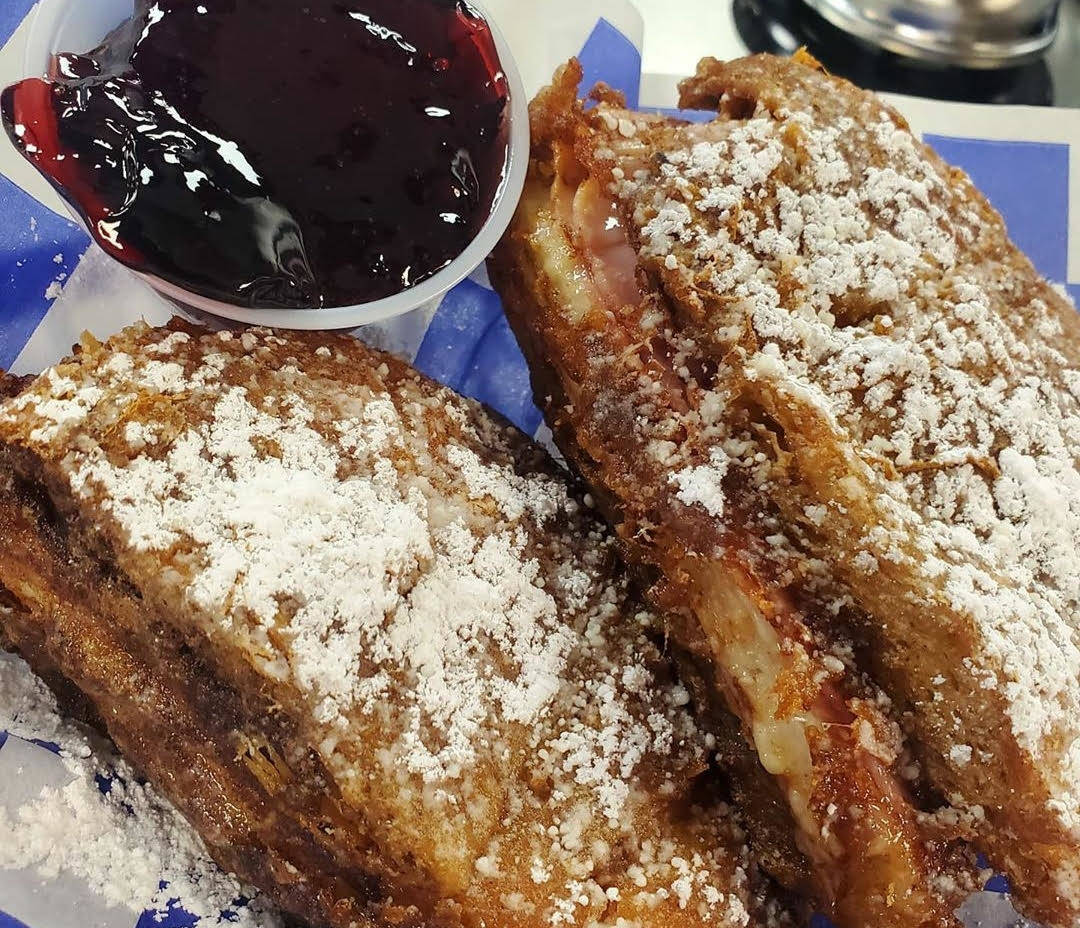 Non-vegan lunch and dinner options include the Monto, a Monte Cristo on a croissant. (Black & Blue Diner) 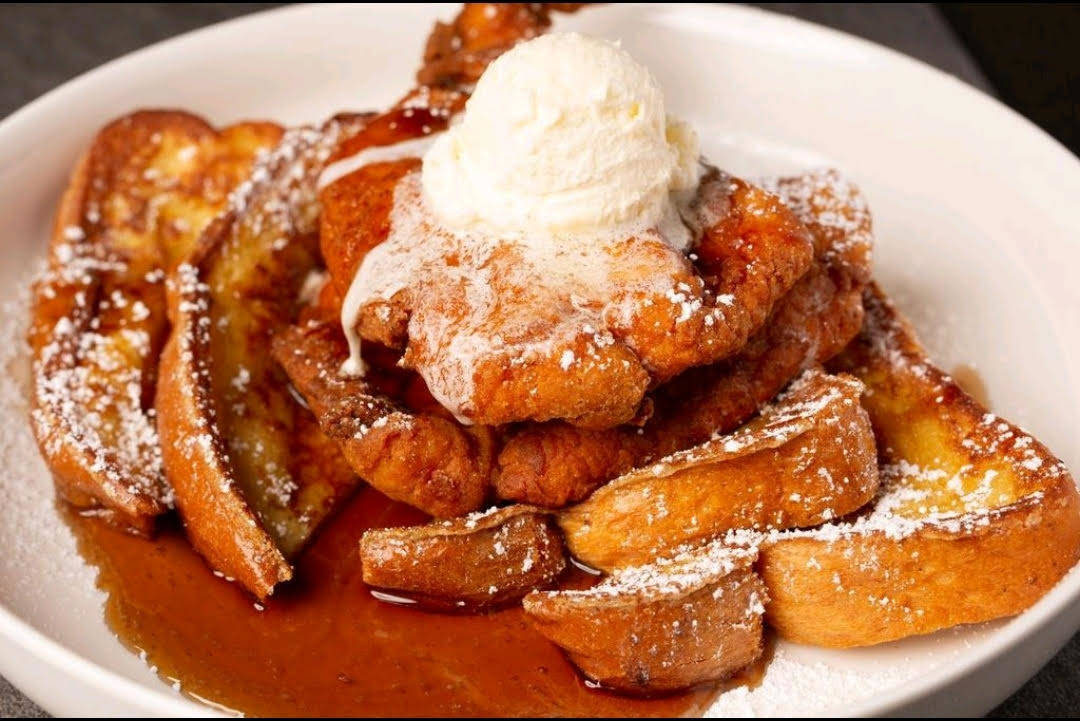 Breakfast offerings include chicken and waffles, above, chicken and pancakes, or French toast. (Black & Blue Diner) 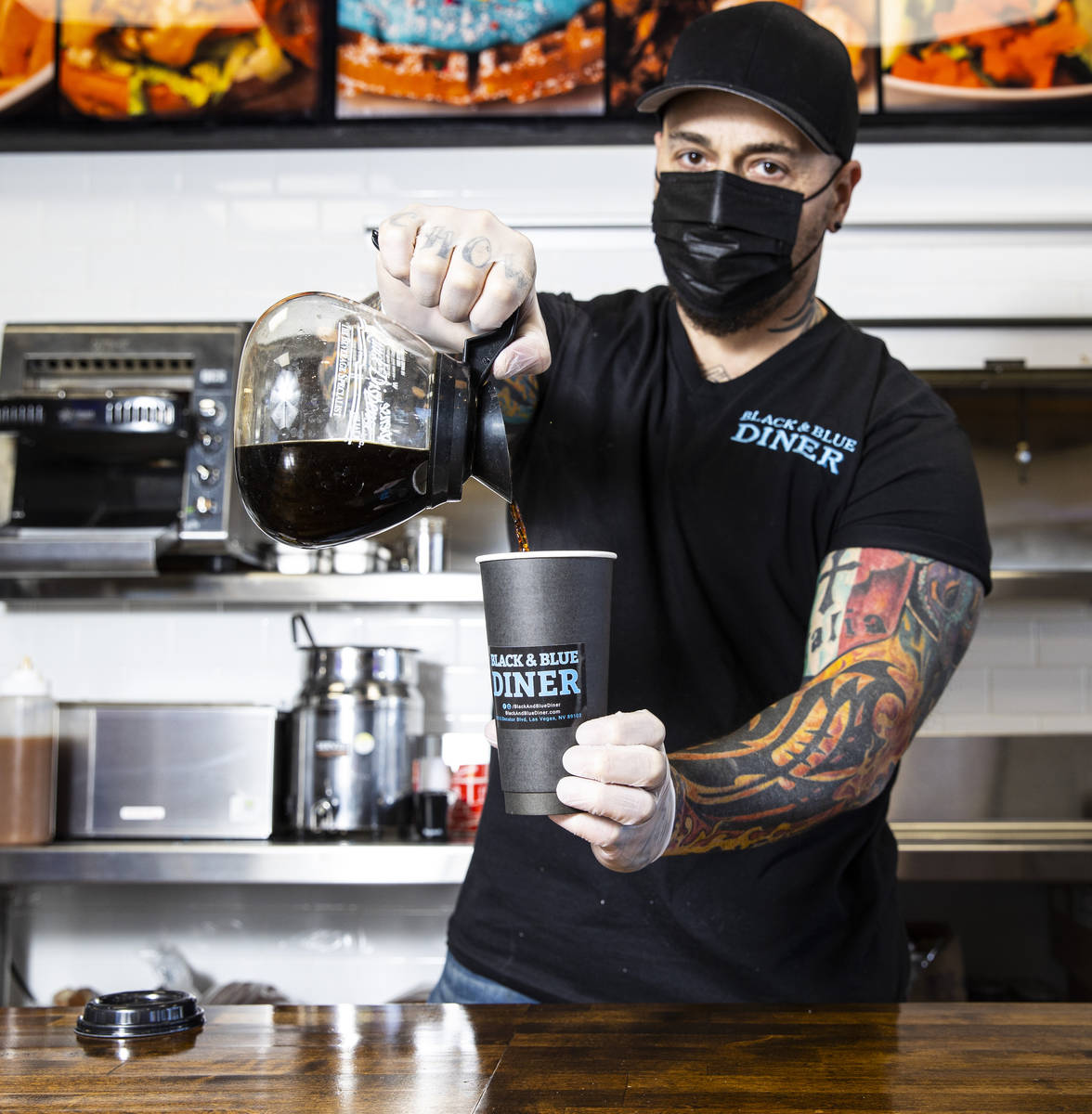 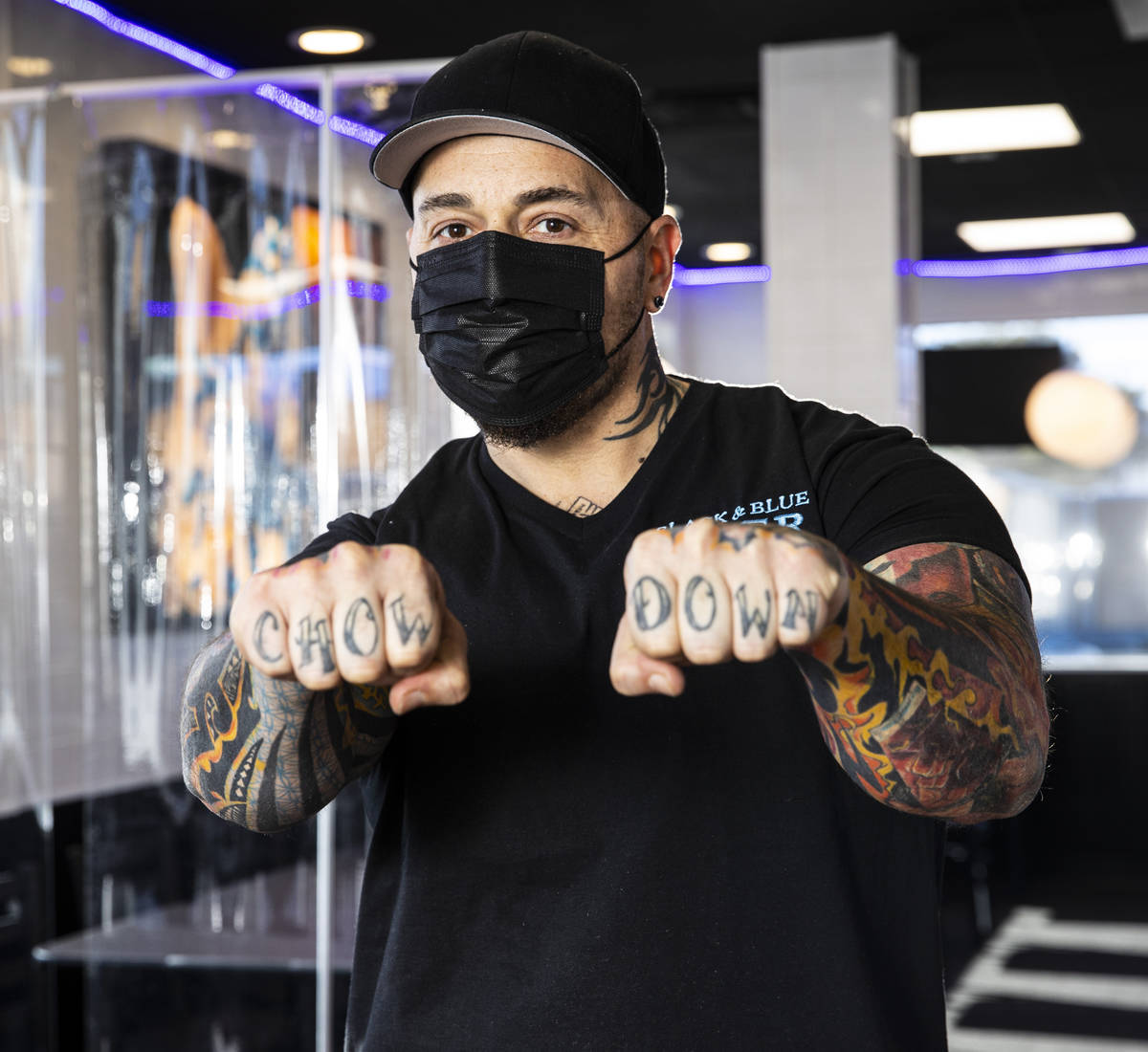 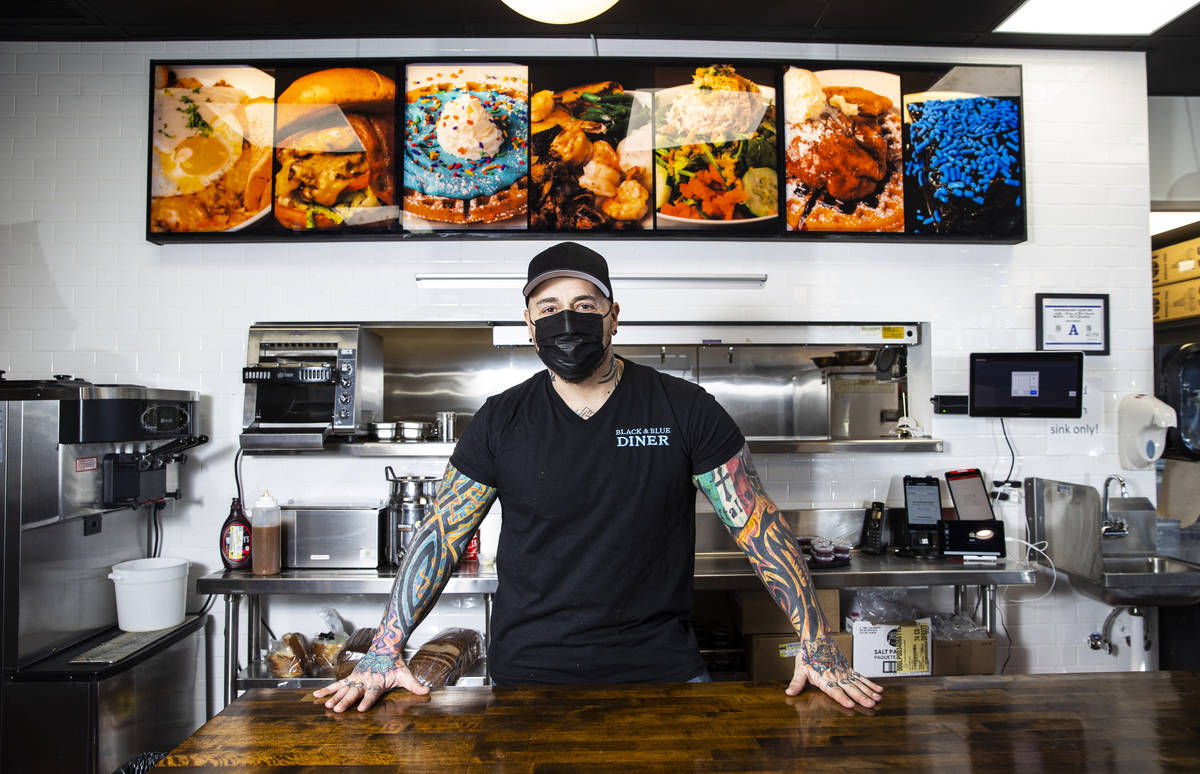 At Vic Vegas' Black and Blue Diner, there will be some East Coast touches plus customer favorites from his other restaurants. The restaurant opens Monday. (Chase Stevens/Las Vegas Review-Journal) @csstevensphoto

Vic Vegas, a veteran Las Vegas chef who has become known to Food Network viewers for his appearances on “Big Bash Catering Competition,” “The Next Food Network Star” and “Food Network Food Truck Faceoff” as well as “Late Night Chef Fight” with Laila Ali on FYI, will open his latest venture, Black & Blue Diner, on Monday.

Vegas — Victor Moea on his driver’s license — said the diner’s name has no particular significance.

“I feel like in this day and age, you have to make it the least complicated possible,” he said.

And that extends to his food, which he is inspired by customer favorites at his Sinful Subs on Fort Apache Road and by his childhood in the New York area. (He’s also corporate executive chef of Nicholas and Company, a food-distribution firm.)

“And even,” he said, “when I was back at the House of Lords at the (old) Sahara,” where he was executive chef. He’s also worked for Ferraro’s, Station Casinos, Binion’s Horseshoe and the former Monte Carlo. His family moved here when he was 14, and he said he’s been “trying to find those flavors out here” ever since.

So there will be some definite East Coast touches. Black & Blue Diner will serve breakfast, lunch and dinner. The New York flavors will start with the coffee.

“It’s the coffee my mother, grandmother and all New Yorkers grew up with back in the day,” Vegas said. For those who don’t know, that’s the famous Chock Full o’Nuts.

For fast-food fans from all over, who pine for the days when McDonald’s apple pies were fried, he promises a close replica.

“The ’80s classic fried pie that many know,” he said, “we serve by itself. And ice cream by itself, but we decided to do a caramel-apple pie sundae.”

Many of the other dishes will be a little more upscale.

“I don’t want to say ‘elevated,’ but slightly different,” Vegas said. “Instead of a massive diner menu like in New York, sort of a micro diner menu that does all aspects but is well-rounded.”

At breakfast, he’ll serve chicken and waffles, but also chicken and pancakes or French toast. Five Bennys, Spam Bam (Spam with eggs, rice and toast or grits). Huevos Taquitos, which is Huevos Rancheros on taquitos instead of tortillas. Omelets, Body Builder protein plates, and vegan selections such as bowls, sandwiches and omelets.

Non-vegan lunch and dinner options include the Monto, a Monte Cristo on a croissant. Plus a Philly grilled cheese, shrimp and grits, four chicken sandwiches including Southern Honey and Sweet Mustard Club, grilled Shrimp Louie salad and Vegas Surf and Turf, which is marinated sirloin tips with grilled onions and mushrooms and grilled shrimp skewers.

His own favorite? The CFNY, which is Country Fried New York Steak.

“We get some nice center-cut New York, brine it a little bit, serve it at breakfast with a breakfast side or at dinner with your mashed potatoes or fries and your vegetable,” he said.

“It’s basic fare, with a slight twist on it,” Vegas said of his diner food. “For the individual who wants what they expect, but also wants to get a little on the funny side.”