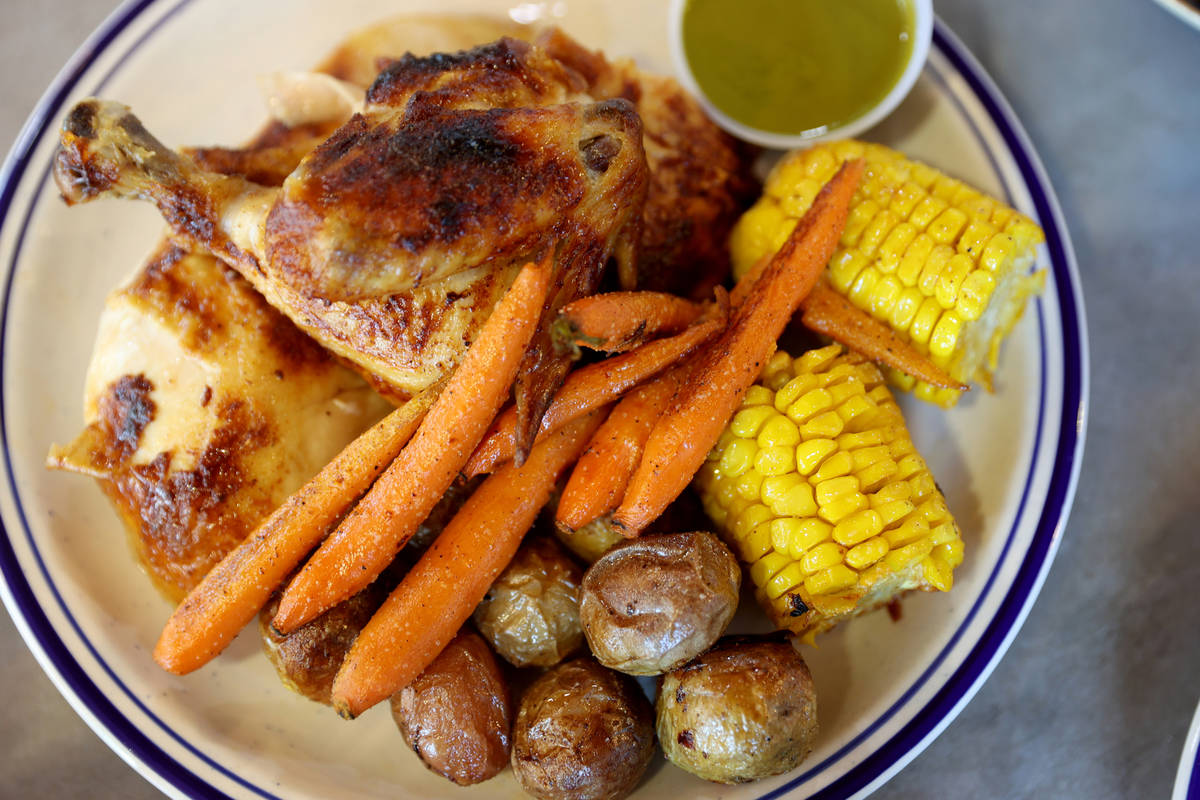 Rotisserie-cooked Mary’s organic chicken is brined for 12 hours and served with either fries or vegetables, and a choice of seven sauces at the new Sticks Tavern on Water Street in Henderson. (K.M. Cannon/Las Vegas Review-Journal) @KMCannonPhoto 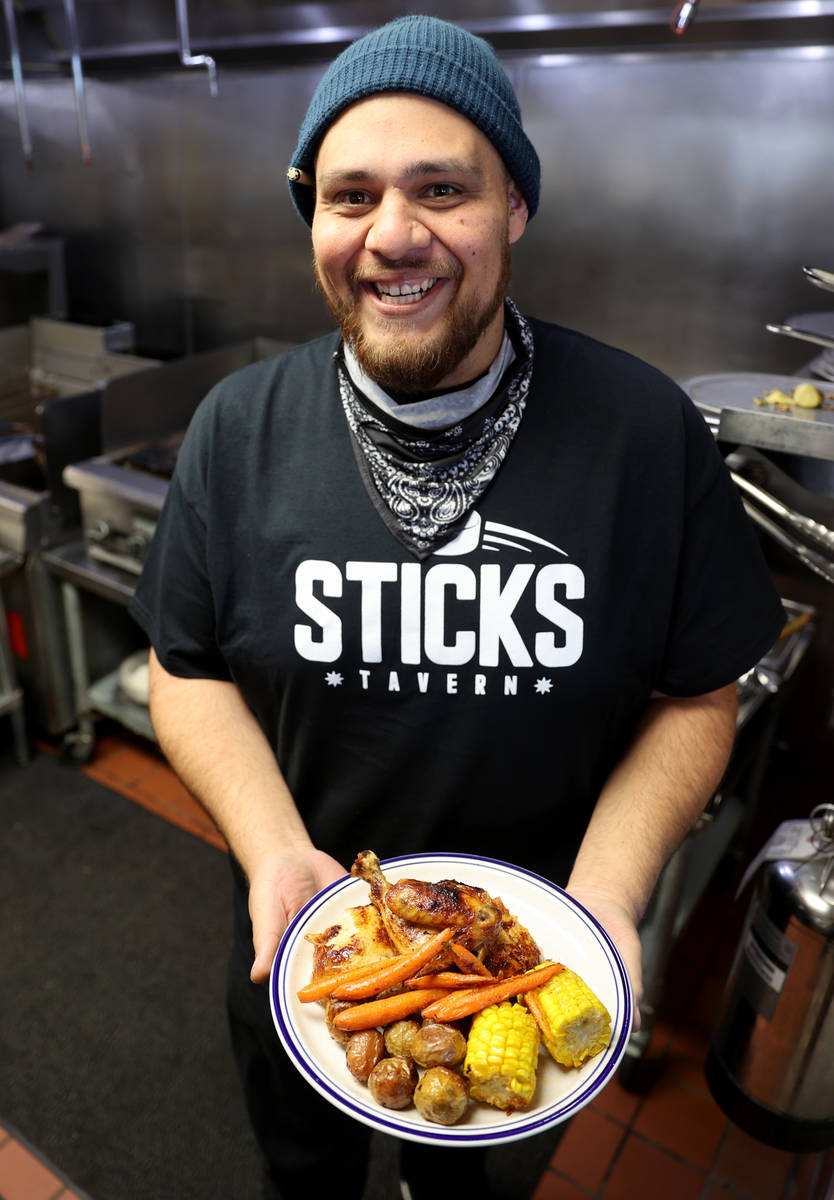 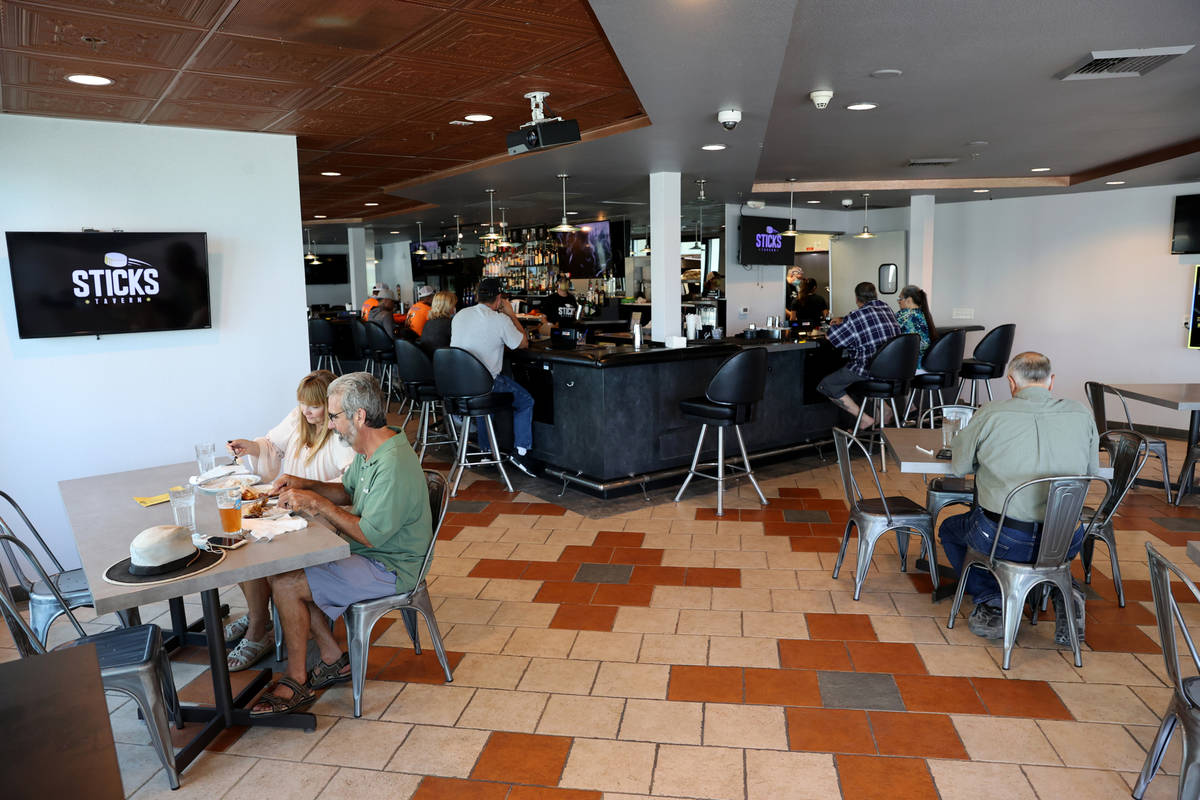 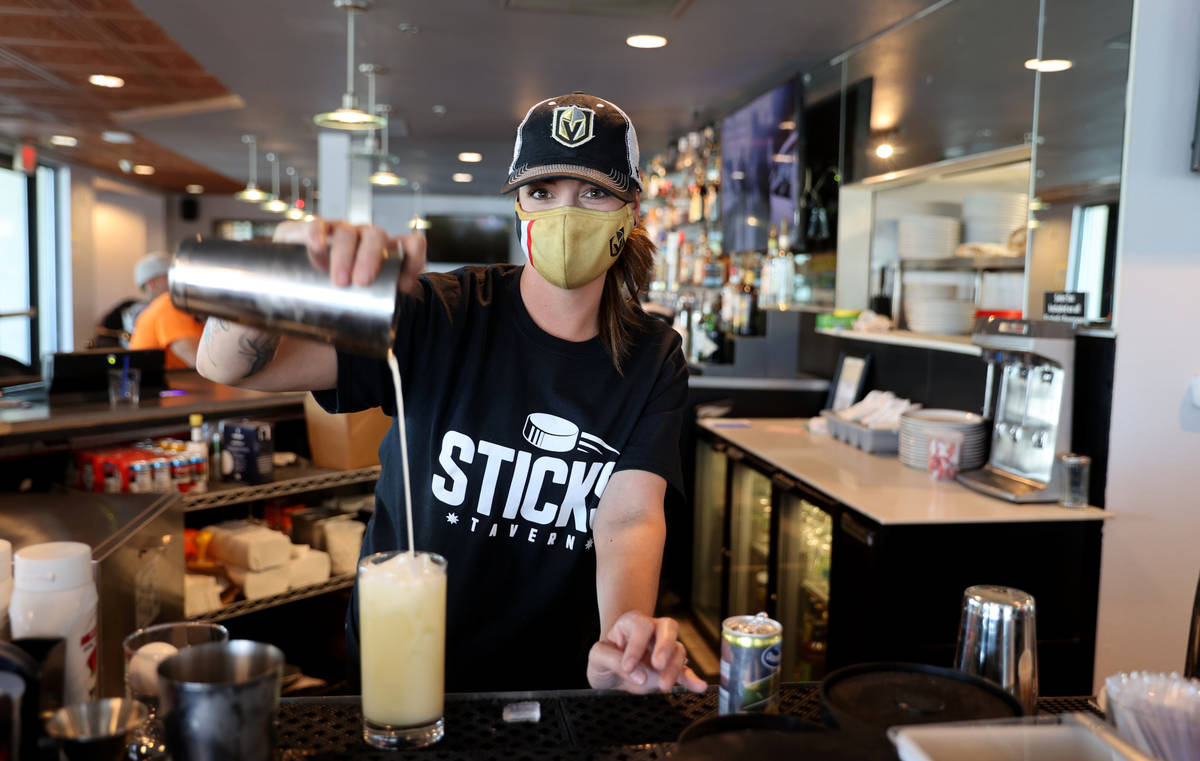 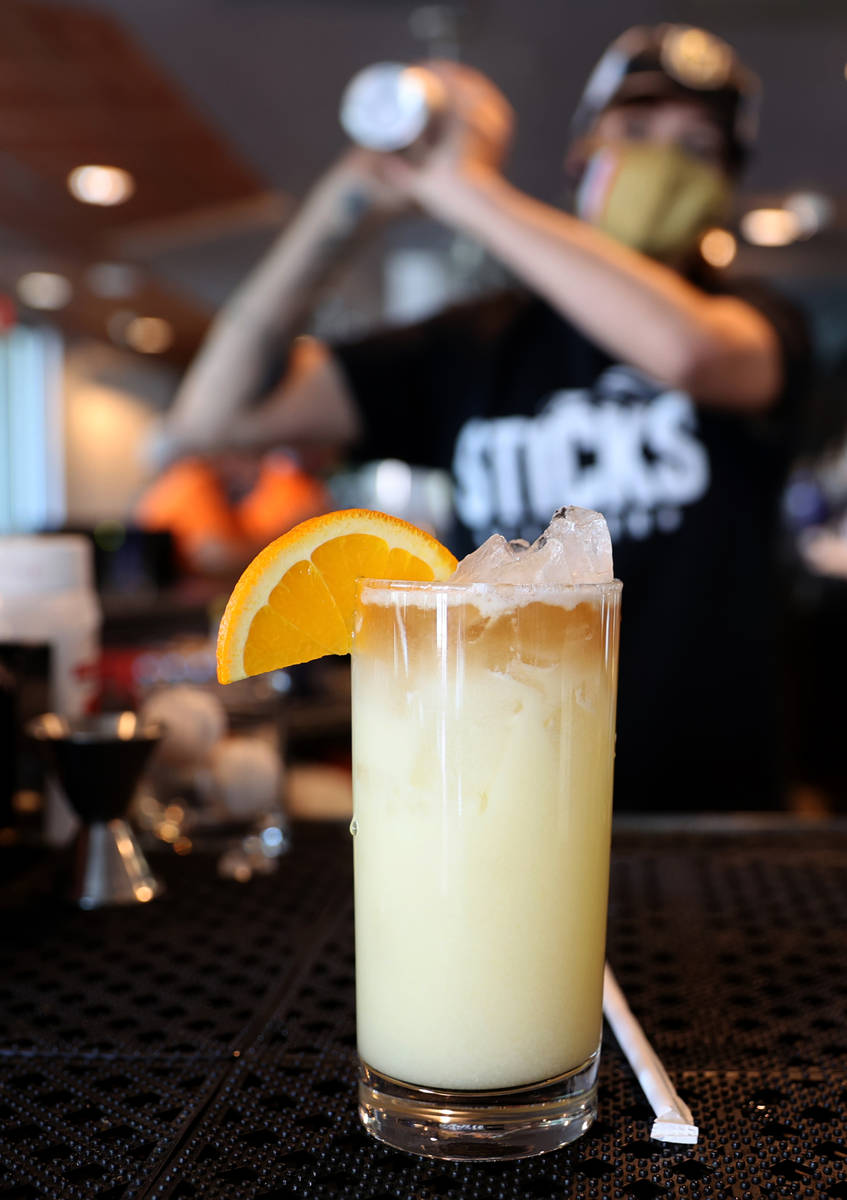 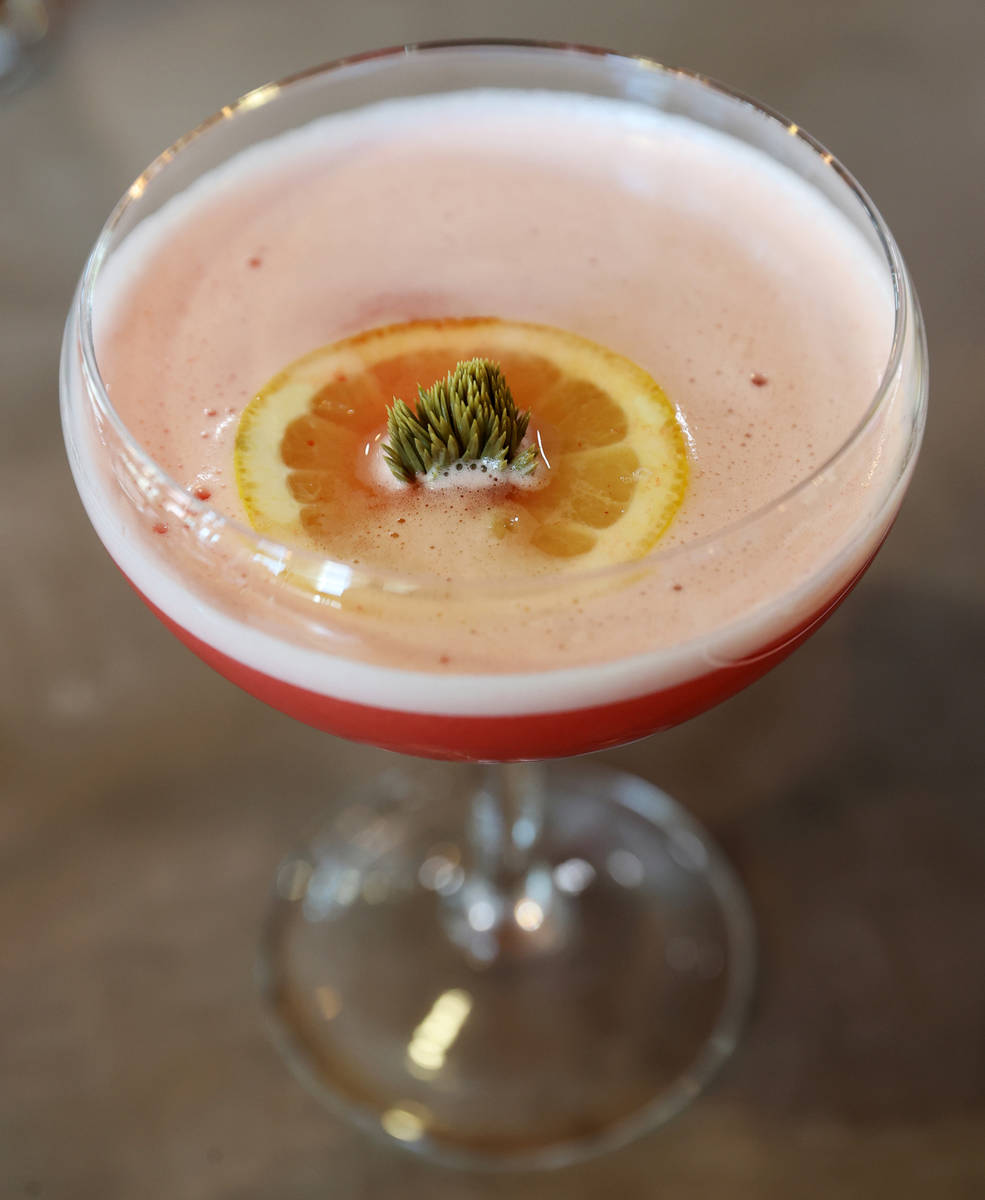 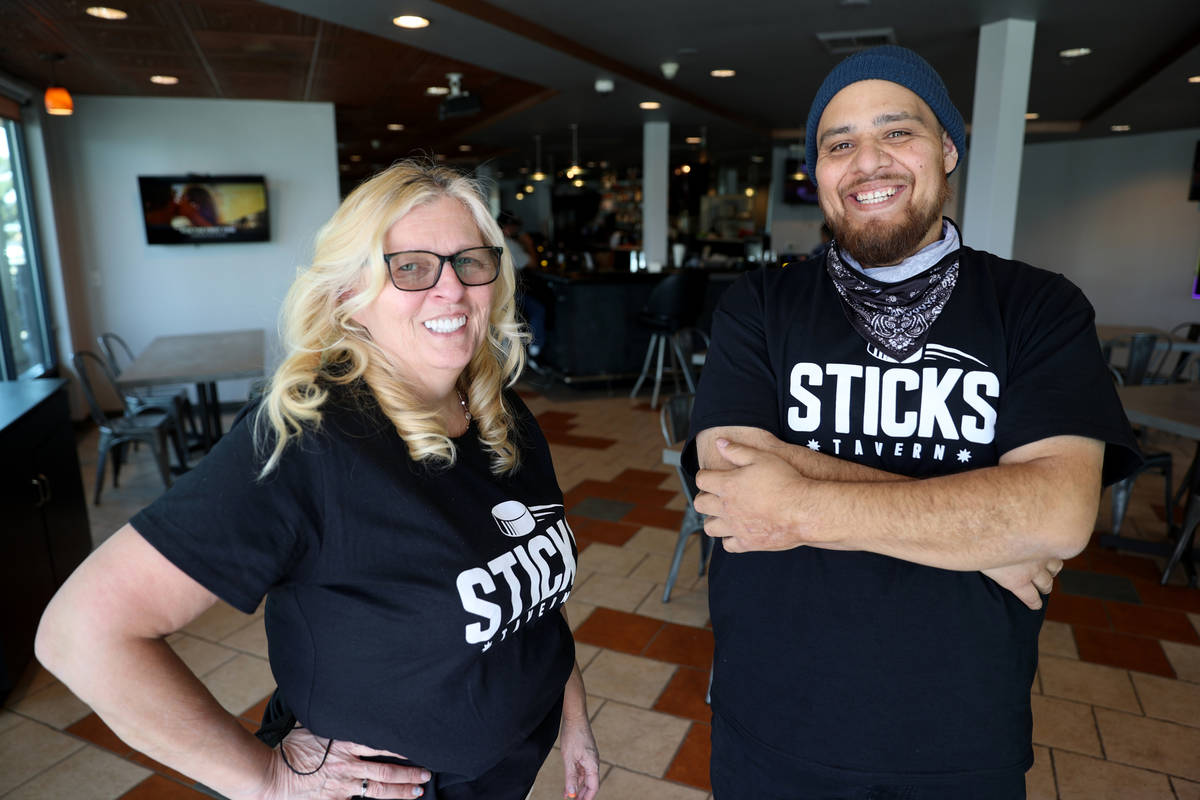 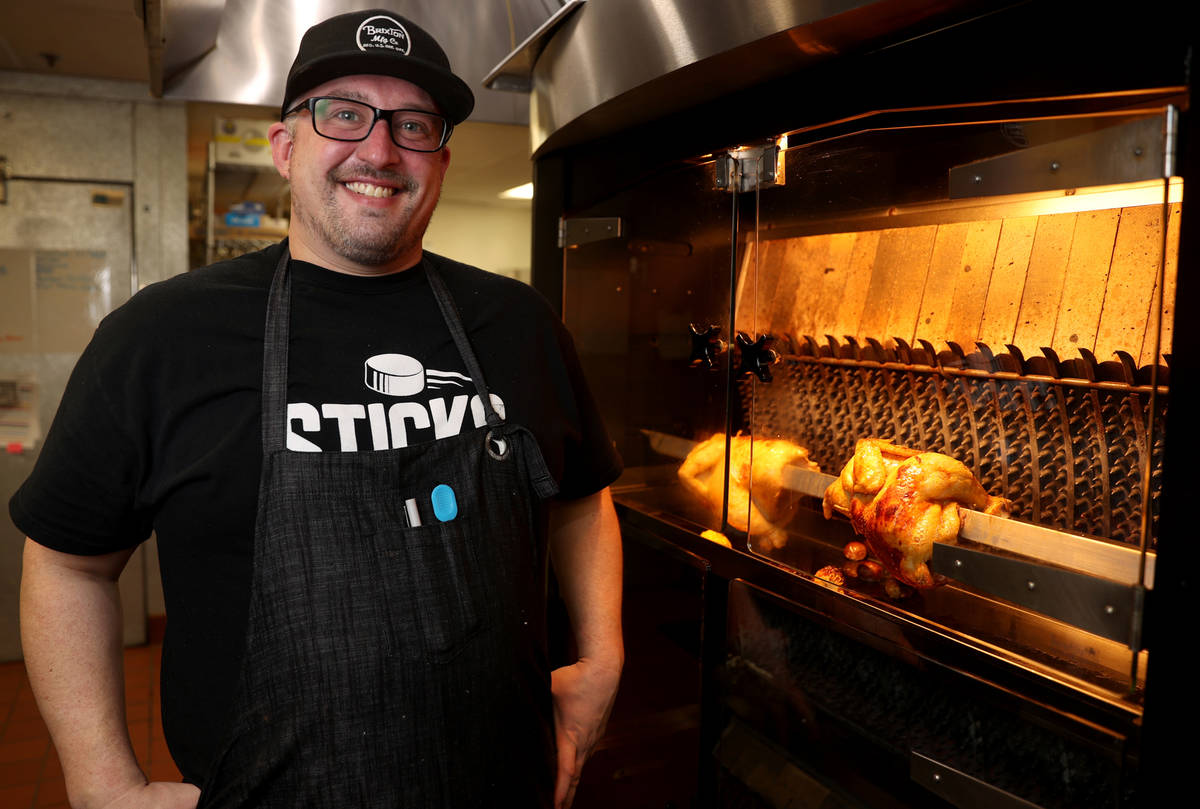 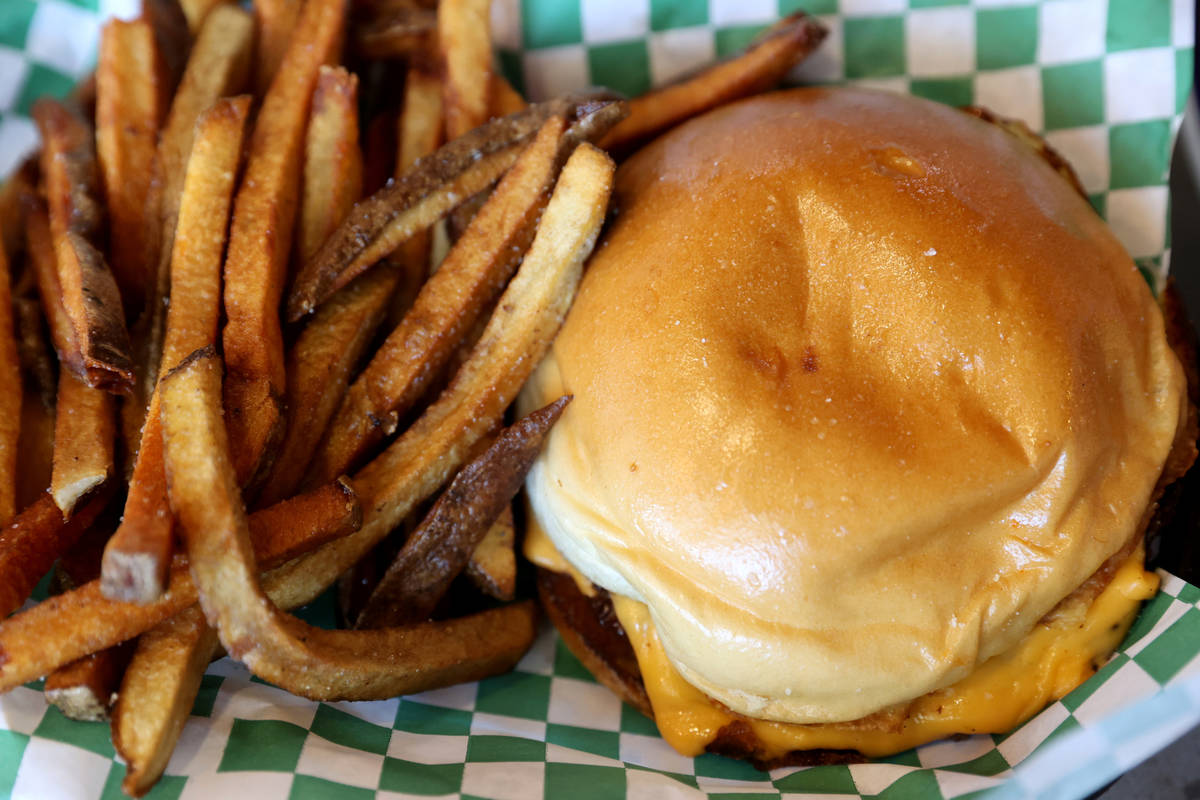 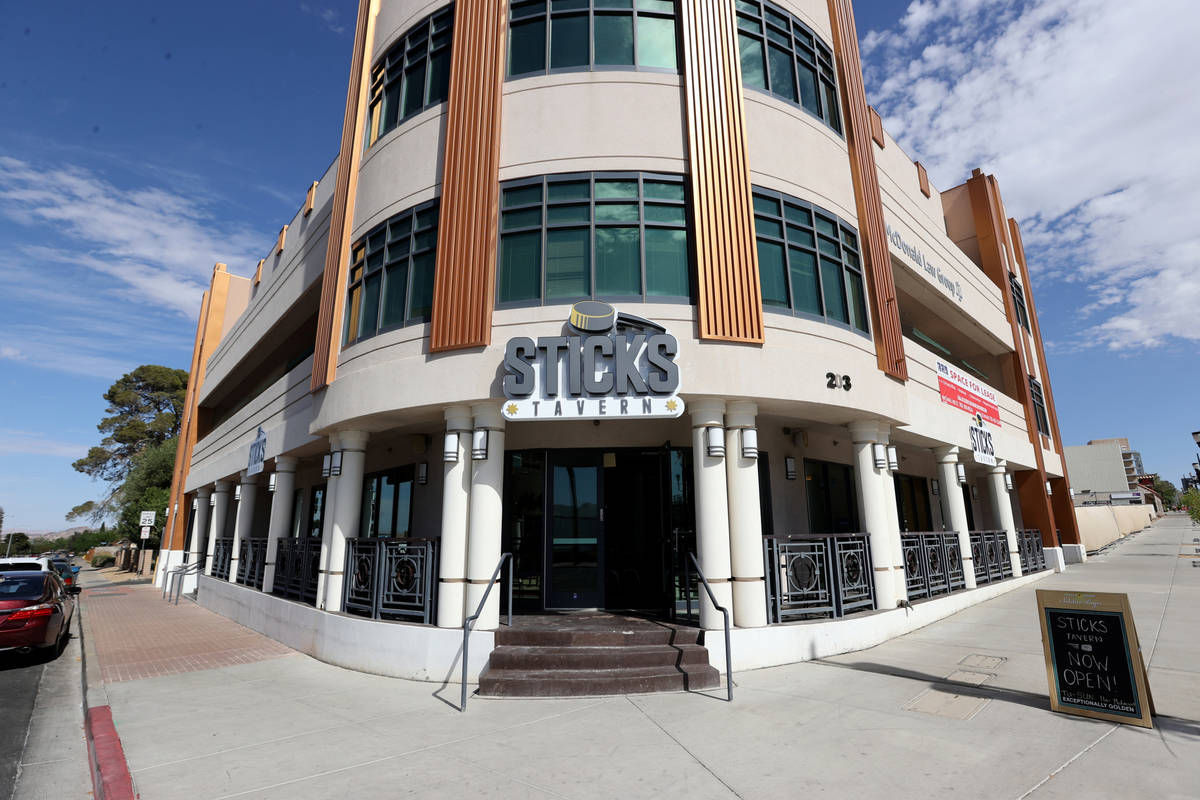 The nonsmoking, indoor-outdoor space at Sticks Tavern, which began serving customers on Friday, is geared toward neighborhood residents and hockey players of all ages who play in local leagues and national tournaments at the nearby arena. (K.M. Cannon/Las Vegas Review-Journal) @KMCannonPhoto

Jordan Camacho expects big things on Water Street. After witnessing the downtown revival firsthand, he believes the old-Henderson thoroughfare is on the verge of a similar renaissance.

“I moved to downtown Vegas right after Zappos had announced they were moving, but before they (relocated),” he says, over potato croquettes and Oaxacan cheese sticks in the brand new Sticks Tavern, at 203 S. Water Street. “And Water Street just kind of reminds me of that period, where the momentum is starting to build.”

The culinary school graduate, whose local resume includes time in the kitchens of Thomas Keller’s Bouchon and Charlie Palmer’s Stirling Club, had been hoping to open a restaurant in this area last year. When COVID-19 thwarted those plans, he and his mother/business partner Robin Camacho were forced to shift gears. Instead of a brick-and-mortar restaurant in Henderson, they launched a gourmet hot dog ghost kitchen called To Be Frank, which they operated for three-and-a-half months out of the kitchen of downtown’s Every Grain.

Water Street was always top of mind, however. And when this space across the street from the new Lifeguard Arena became available, the pair saw the former pizzeria as a perfect spot for a different type of gaming tavern.

“With the arena right across the street, we really wanted to go family-friendly,” Camacho says of Sticks.

The nonsmoking, indoor-outdoor space, which began serving customers Friday, is geared toward neighborhood residents as well as the hockey players of all ages who play in local leagues and national tournaments at the arena. Its bar offers gaming and a cocktail program by award-winning mixologist and podcaster Tom Alley. And the Camachos promise both NHL and AHL viewing in the kid-friendly dining area.

For food, they’ve tapped executive chef Trevor Garrett to create a compact menu that’s both elevated and approachable. Beyond tavern basics such as chicken wings, burgers and fries, it includes poutine, house-made ice cream and a “bloomin’” maitake mushroom. The signature item, however, is rotisserie-cooked Mary’s organic chicken, brined for 12 hours and served with either fries or rotisserie-fat vegetables, and a choice of seven sauces. And despite their commitment to quality ingredients, Jordan promises the prices will be family-friendly.

“When we’re doing $26 for a whole chicken with vegetables, I mean you can (feed) a family of four off of that, and get out of here for 35 or 40 bucks with a couple of drinks included.”

Sticks also is preparing to become the new ghost kitchen for To Be Frank. So while those high-end wieners are intended for takeout only, they’ll also be available to guests in the know.

“If you know about it, you can come in and order it as a secret menu,” Jordan promises.

The rollout of Sticks has been intentionally slow, to provide time for the team to work out any remaining kinks. But Camacho says the family business already seems to be resonating with the tight-knit local community that frequents Water Street.

“One thing I’ve really noticed here is that nobody wants (big) corporations around here. We’ve been asked several times by people walking by, ‘You’re not corporate, are you? You’re not going to be corporate?’ They shun that. They want the independently owned, locally owned kind of feeling.”