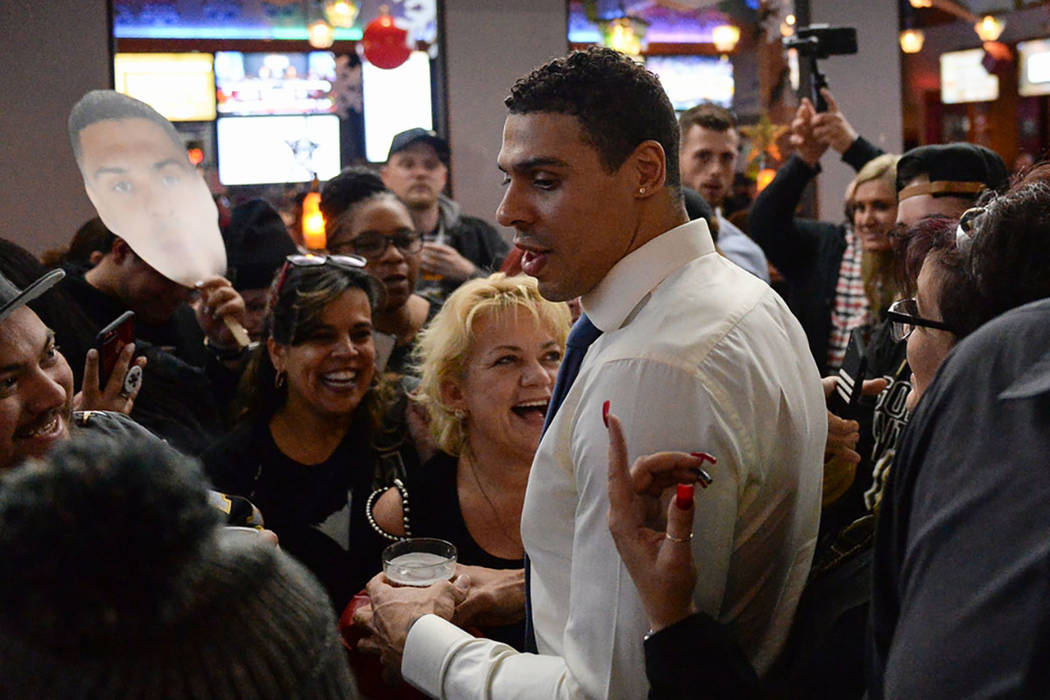 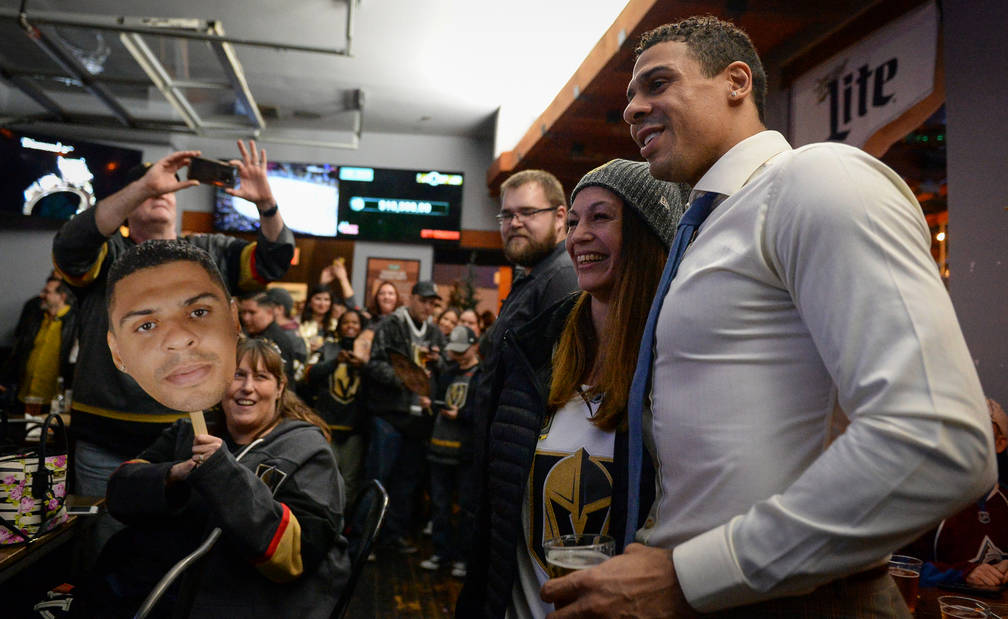 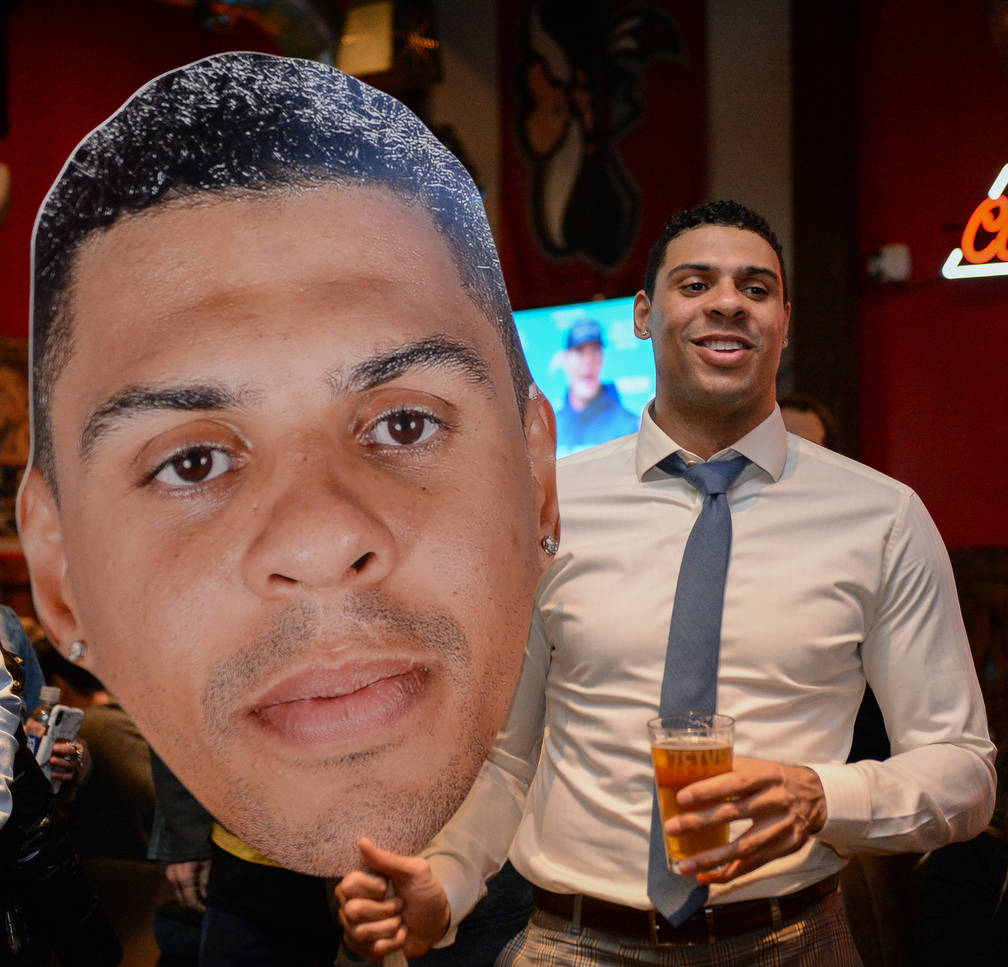 Vegas Golden Knights player Ryan Reaves holds up a cutout of himself at a party for the release of his new beer, Training Day, at PKWY Tavern Flamingo in Las Vegas, Thursday, Dec. 27, 2018. Caroline Brehman/Las Vegas Review-Journal 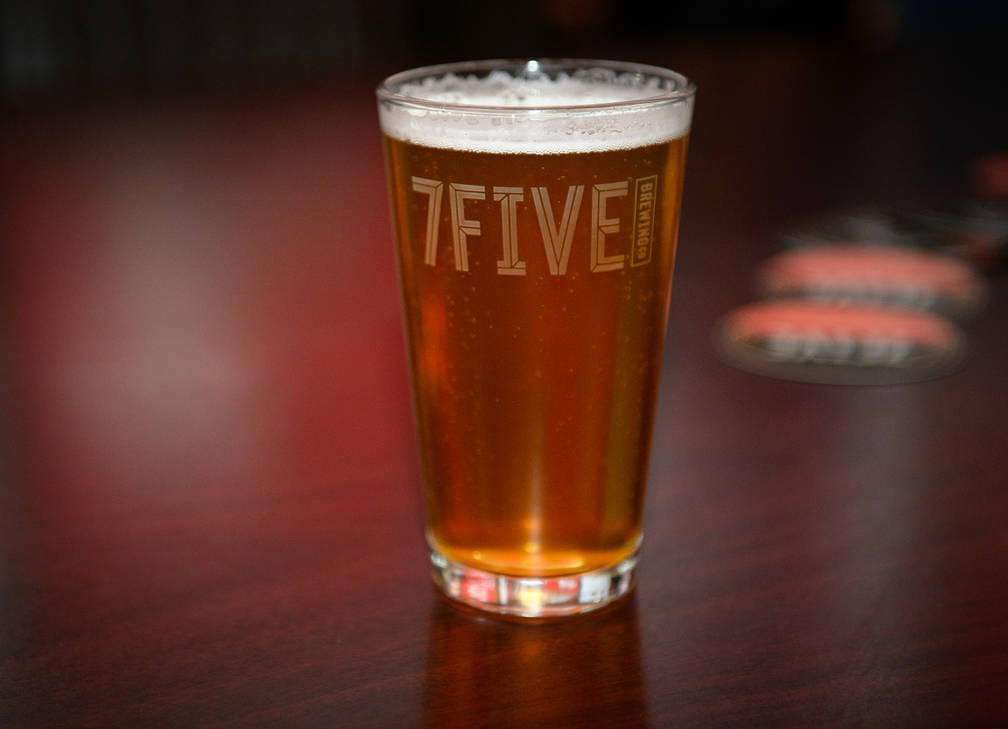 A glass of Ryan Reaves' new beer, Training Day, sits on a table at a party for the release of the beer at PKWY Tavern Flamingo in Las Vegas, Thursday, Dec. 27, 2018. Caroline Brehman/Las Vegas Review-Journal 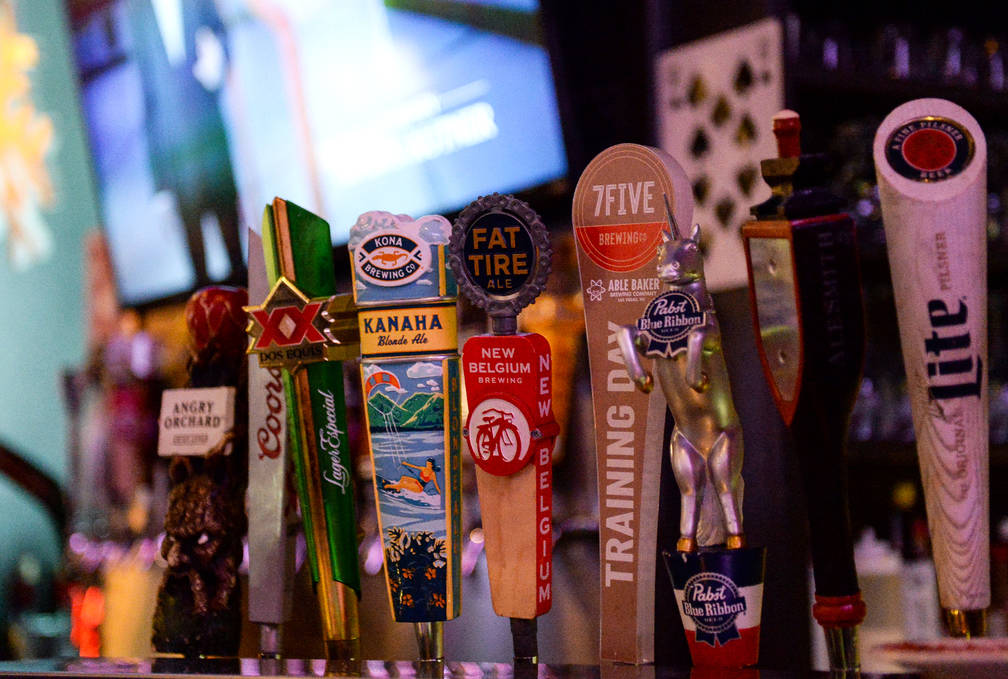 The catch is, you can only get it at the Hyde Lounge, all the way at the top of the building.

But fans also can enjoy one while watching the team practice, as it’s been added to the taps at Mackenzie River Pizza in City National Arena.

They join the PKWY Tavern location on Flamingo Road, where the beer debuted in December.