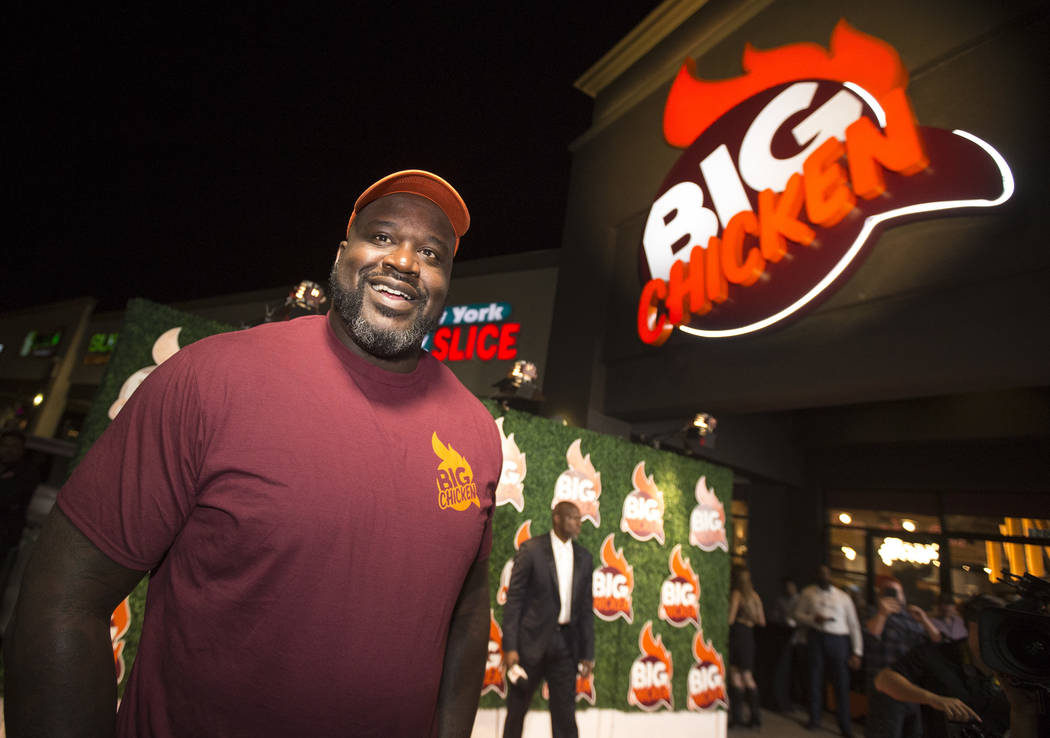 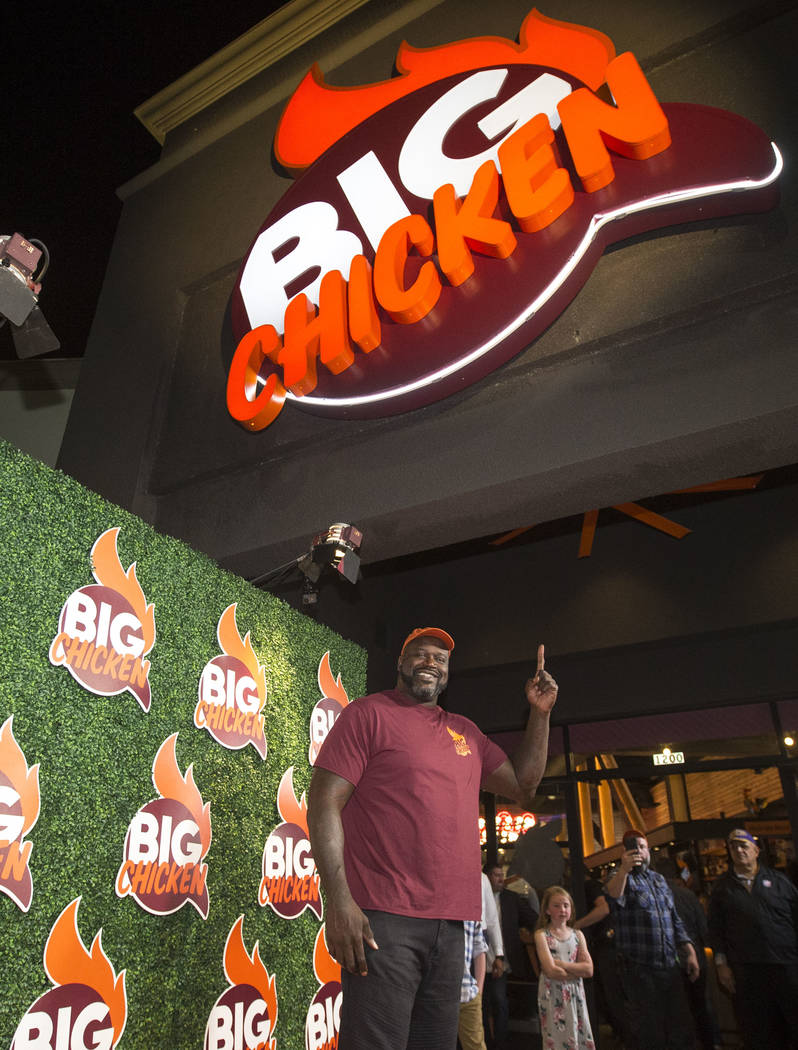 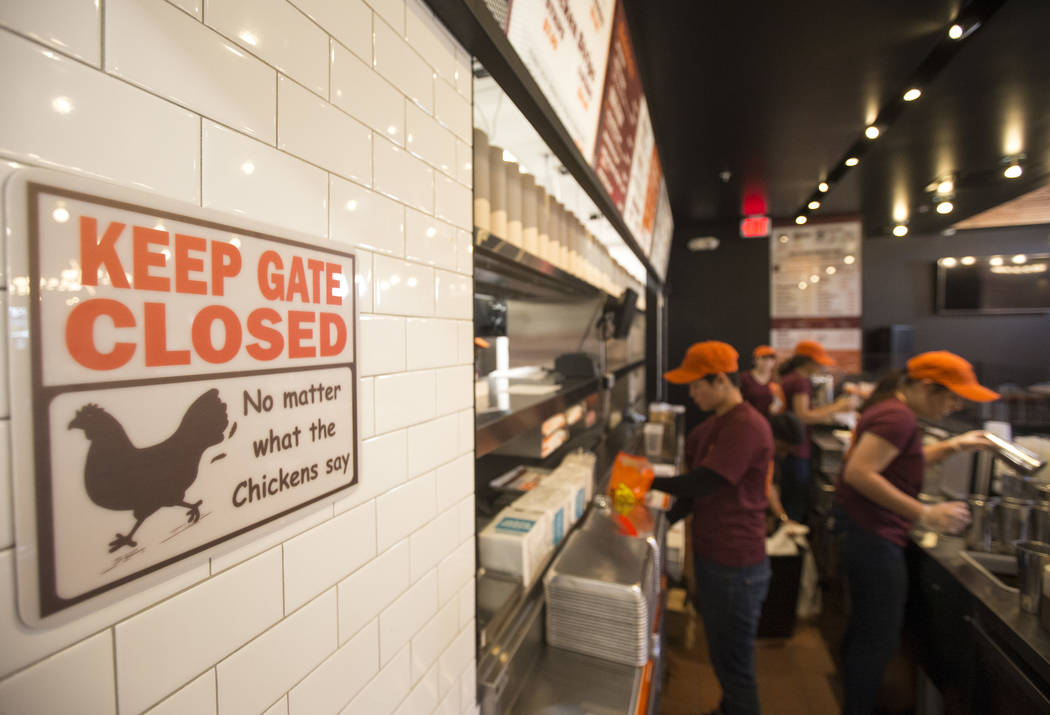 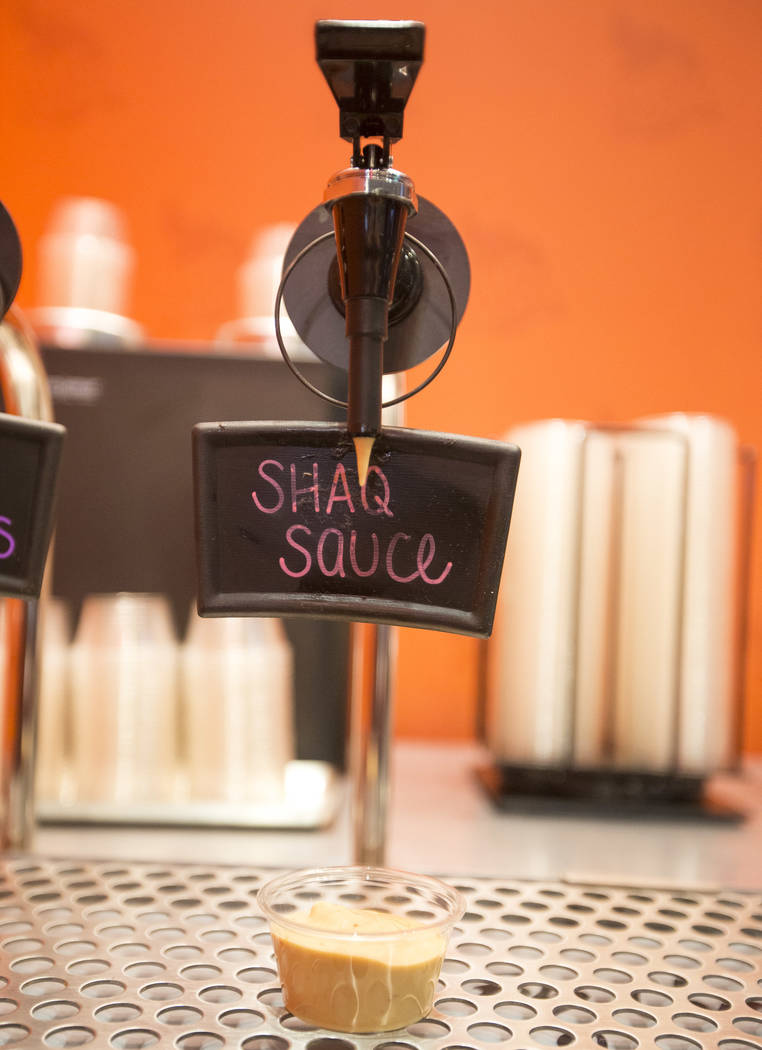 A side of the Shaq Sauce at the sauce bar during the grand opening celebration of Big Chicken, Shaquille O'Neal's new fast-casual chicken restaurant located at 4480 Paradise Road in Las Vegas on Tuesday, Oct. 23, 2018. Richard Brian Las Vegas Review-Journal @vegasphotograph 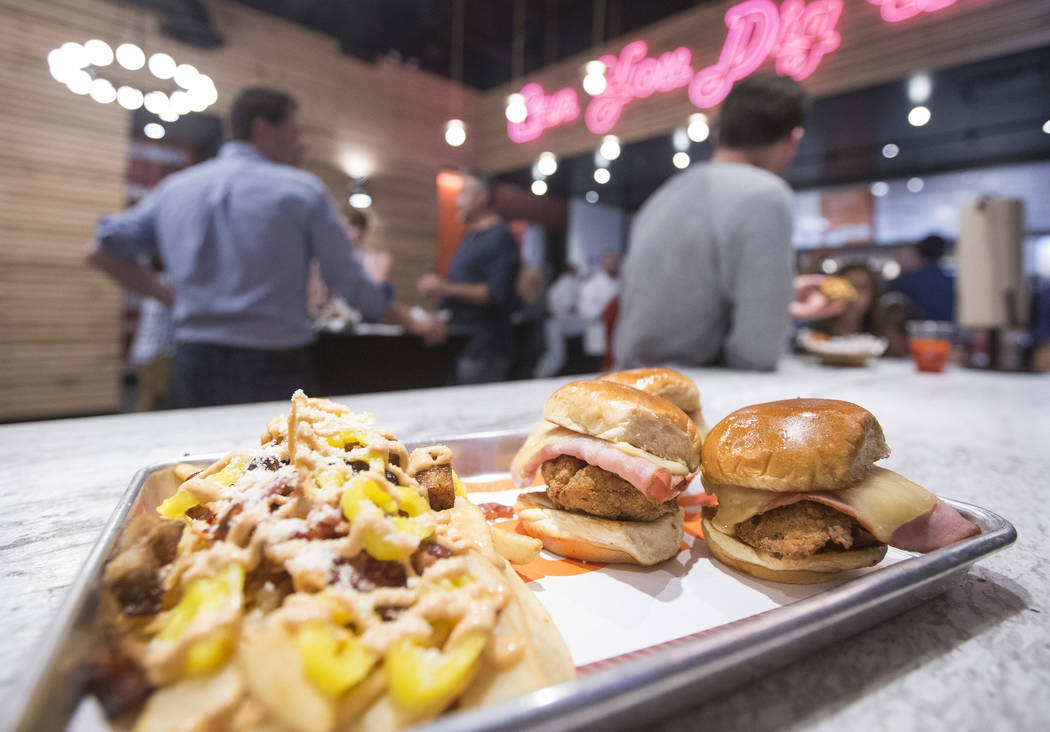 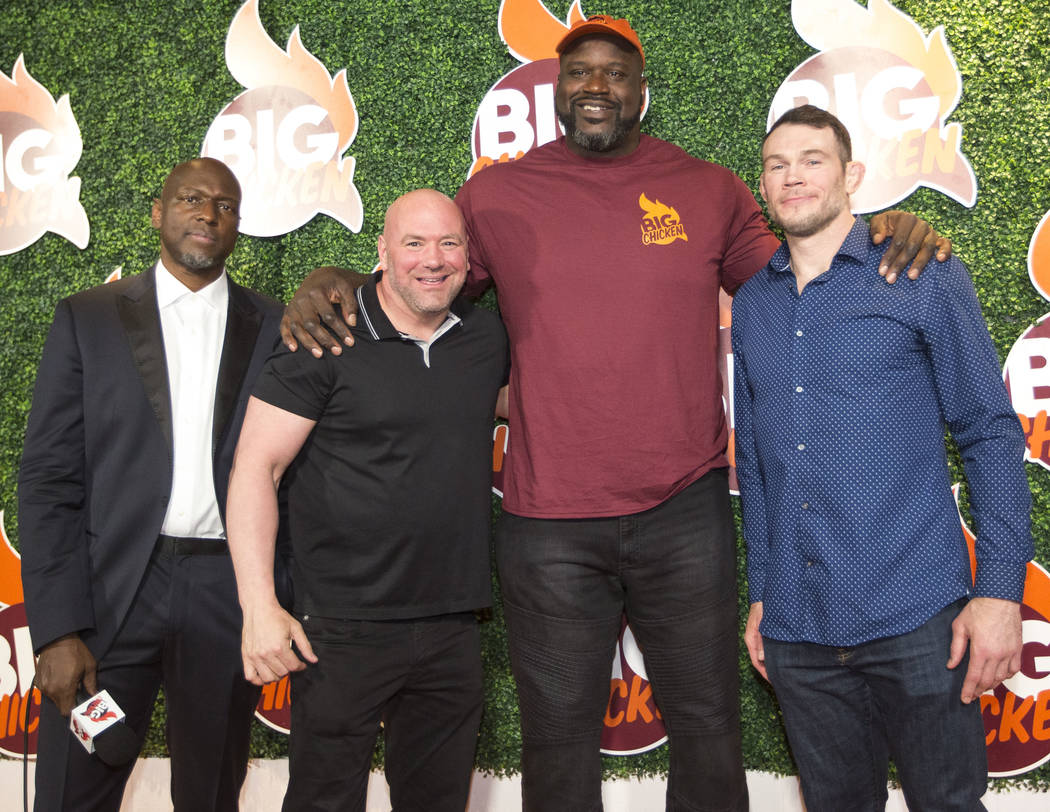 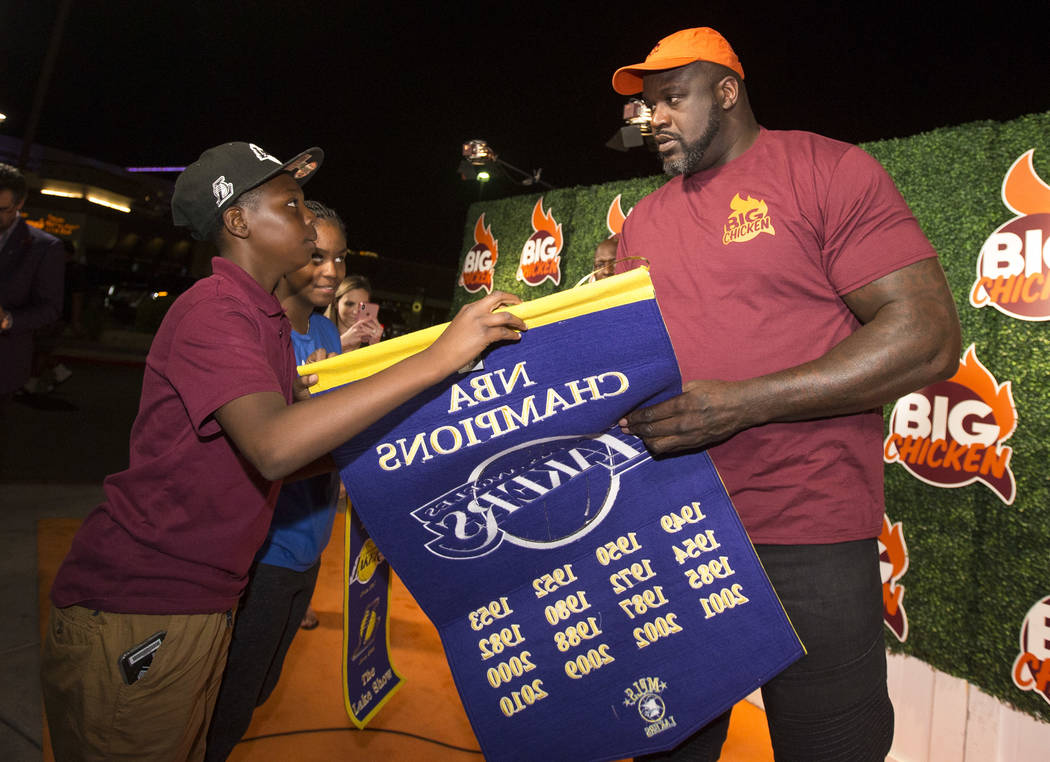 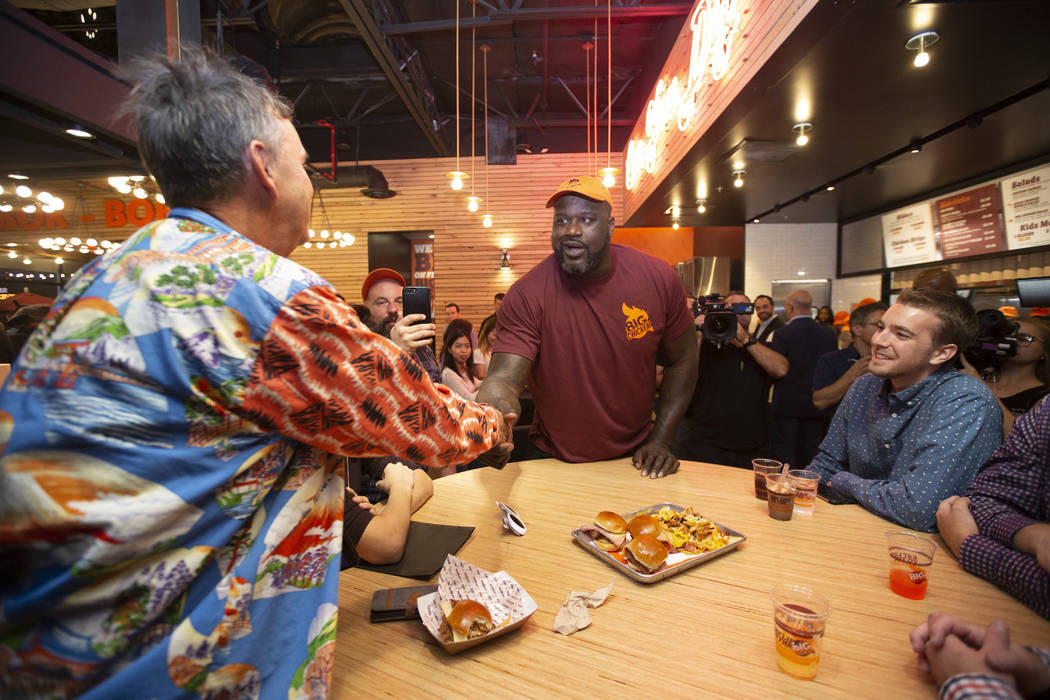 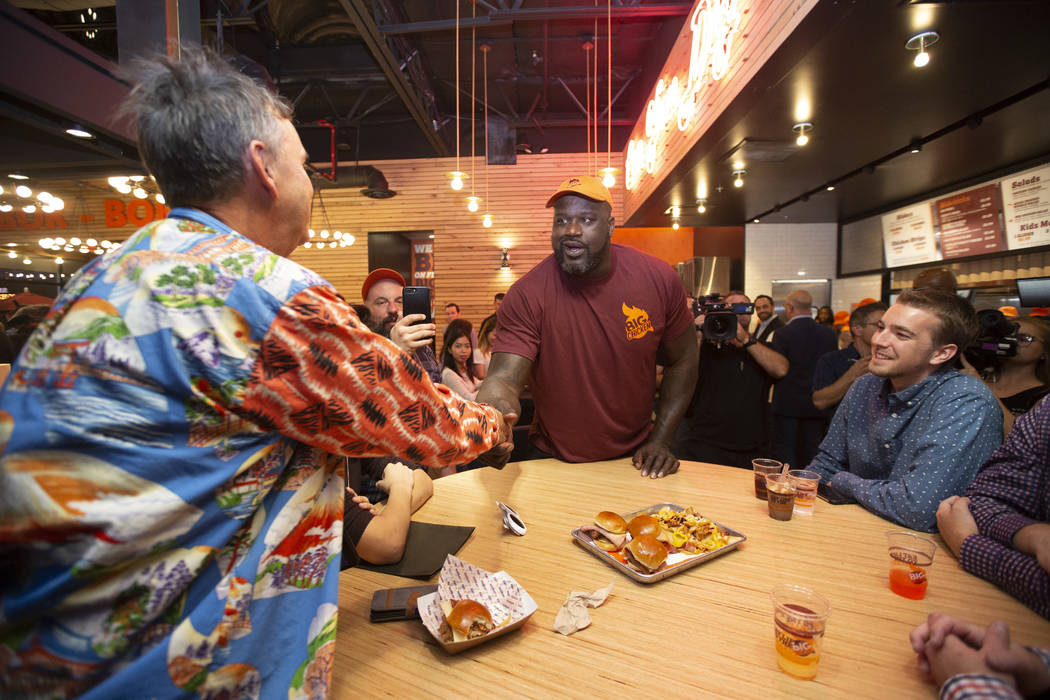 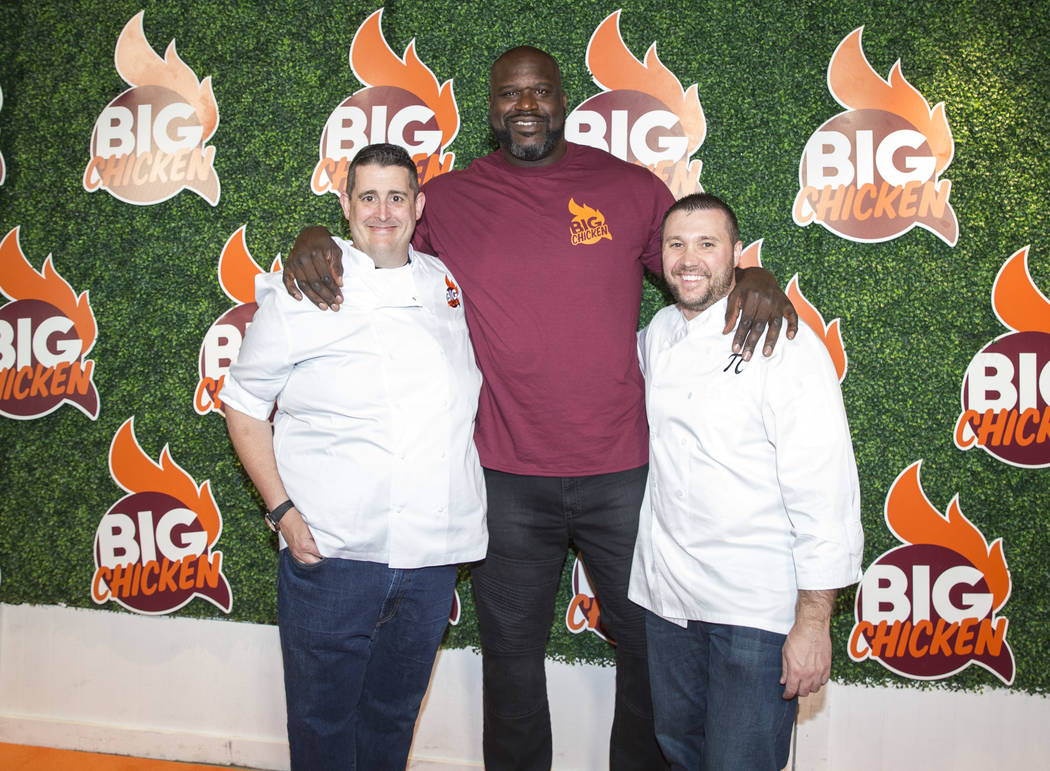 Actress Vivica A. Fox and the UFC’s Dana White, Miesha Tate and Forrest Griffin were among the celebs to walk the orange carpet and celebrate with Shaq on Tuesday.

.@johnnykats talks to @SHAQ about expanding his @BigChickenShaq restaurant and his plans for more DJ Diesel shows in Las Vegas pic.twitter.com/YRpAD6QH80

The restaurant at 4480 Paradise Road near the Hard Rock Hotel opens to the public on Wednesday.

The house specialty is crispy chicken sandwiches served on brioche buns, though guests will be able to order them grilled. The menu also includes sliders, chicken strips, sides and desserts.

.@UFC fighter @MieshaTate introduces her baby to the Big Aristotle at the opening @BigChickenShaq pic.twitter.com/A8VoROWEbY

The restaurant’s opening is being chronicled on Big Chicken Shaq, an eight-episode Facebook Watch series that follows the development of the restaurant with O’Neal and his team.

They do the Happy Birthday song a little different at @Shaq’s Big Chicken… pic.twitter.com/RvI9WhQRCD