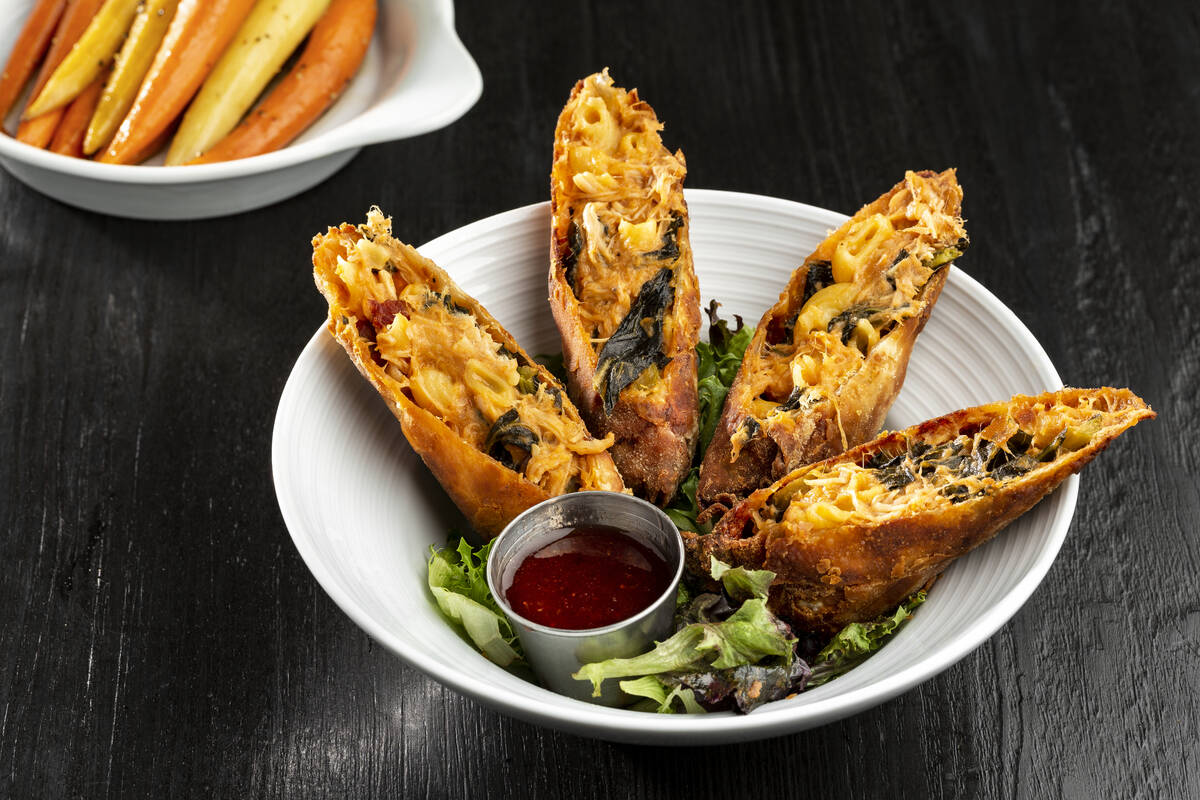 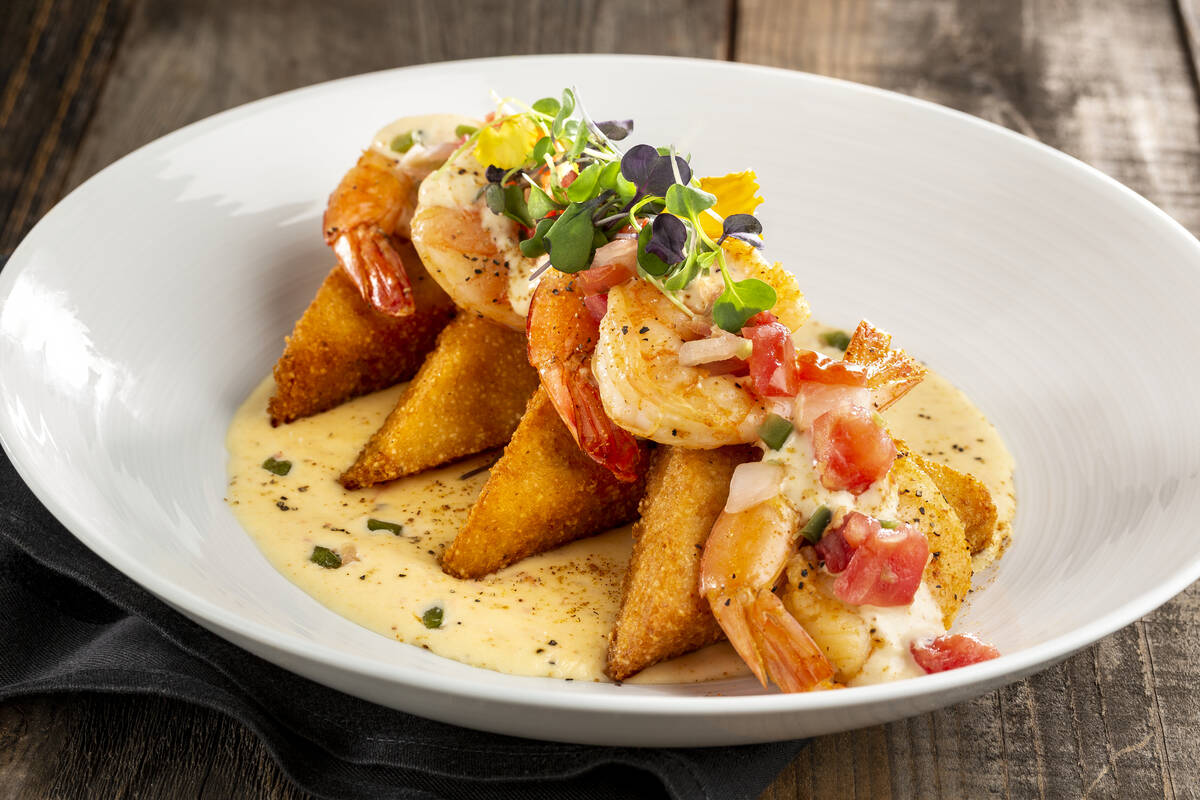 Chef Mario Nichols of Nellie's Southern Kitchen in MGM Grand on the Las Vegas Strip twists traditional shrimp and grits with grits that are cooled, cut and fried into cakes, instead of being served loose and creamy in the usual way. (Sabin Orr)

No fried chicken. That’s what I told myself when I finally decided to try Nellie’s Southern Kitchen in August following its opening this spring in the MGM Grand.

The restaurant, a Vegas outpost of the original in Belmont, North Carolina, comes courtesy of Denise and Kevin Jonas Sr., parents of the Jonas Brothers and their sibling Franklin. The restaurant celebrates the recipes and cooking of Grandma Nellie, grandmother of Kevin Sr., and the reimagining of Southern food by executive chef Mario Nichols, who also was raised in North Carolina and brought West by the family.

Fried chicken is fundamental to Southern cooking (and a subject of endless contention), but it’s often conscripted to stand, metonymically, for Southern food as a whole (that and peach pie). I wanted to see what Grandma Nellie and chef Nichols could do beyond Southern standards. So, no fried chicken.

What ended up standing out were two dishes developed by the chef especially for Vegas.

Sunday supper, all bundled up

A Southern roll, a sort of Dixie egg roll, features an egg roll wrapper stuffed with pulled barbecue chicken, house mac and cheese and drunken collards. Before stuffing and frying, the chicken is tossed with Sweet Baby Ray’s Barbecue Sauce (the chef’s favorite); the mac employs a mix of Monterey, cheddar and jack cheeses; and the collards are braised to tenderness in rendered bacon, bacon fat, beer and brown sugar.

“The Southern roll takes me home,” chef Nichols said. “When I was a kid, my favorite Sunday meal with my family was a plate of barbecue chicken, mac and cheese, and collard greens.

“Fast forward to me as a professional chef … I was thinking, ‘What could work well with soul food?’ At the time, I was on a shrimp egg roll kick, and I wondered what would happen if I took the ingredients from my favorite Sunday meal and put it into an egg roll.”

What happened was an appetizer that was as unexpected as it was delicious: crisp, creamy, sweet, salty and little earthy all at once.

Grits, like fried chicken, are a mainstay of the Southern kitchen. At Nellie’s, the chef reworks the mainstay to create his shrimp and grits.

The dish features grits stirred into boiling stock and heavy cream, then cooled overnight (instead of being served right away) and cut into cakes. To finish, marinated shrimp are seared in a hot pan, the grits cakes are browned, and both are plated with a sauce of heavy cream, house pico de gallo, Cajun seasoning and Parmesan to thicken.

The grits cakes came about through a fortuitous encounter, chef Nichols explained.

“Grits are a staple of Southern cooking, and I wanted to create something true to the legend that was flavorful in my own unique way.

“The inspiration came from a visit to a restaurant in North Carolina that was serving fried polenta. The combination of the crisp exterior with the creamy interior was incredible, and it dawned on me that I could accomplish the same effect with grits.”

Kevin Jonas Sr., who was affably playing host at Nellie’s Kitchen the night I visited, praised his chef’s ability to twist on tradition. “It never crossed my mind to make grits into a crispy grit cake, but now it is an all-time favorite.”

The Southern rolls are $19, the shrimp and grits $36. For more information, visit nelliessouthernkitchen.com/lasvegas.