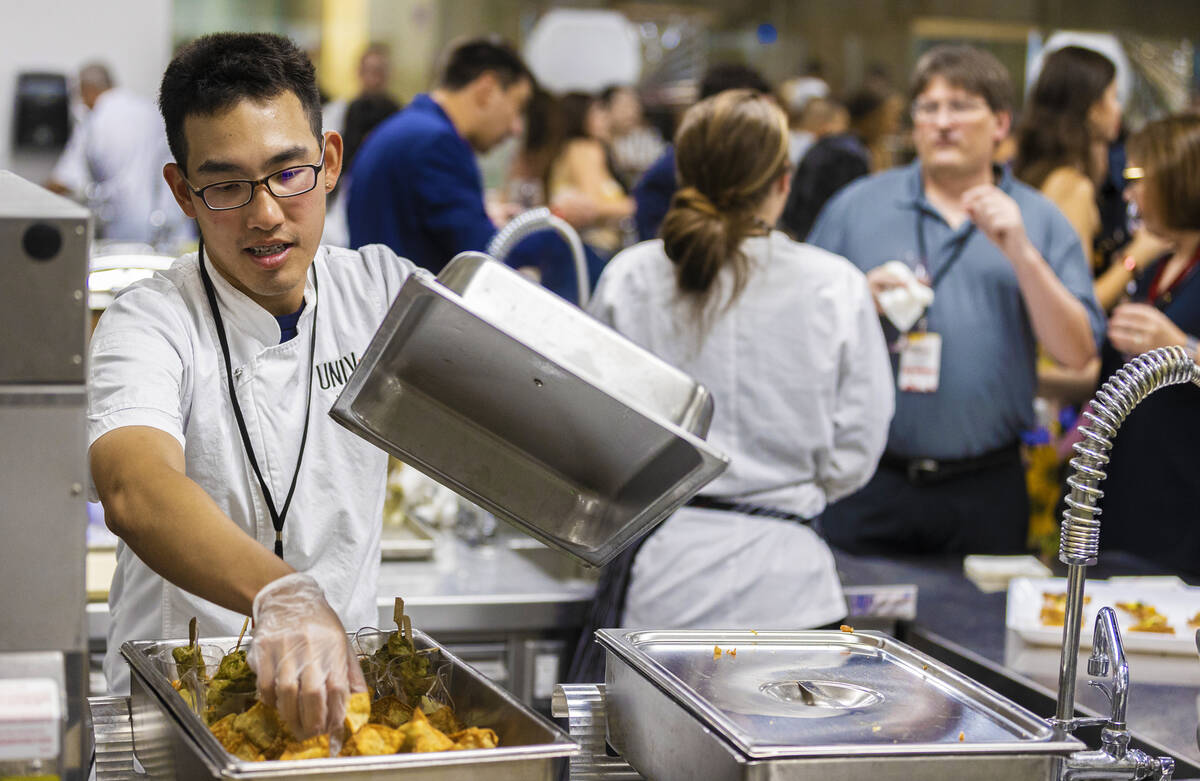 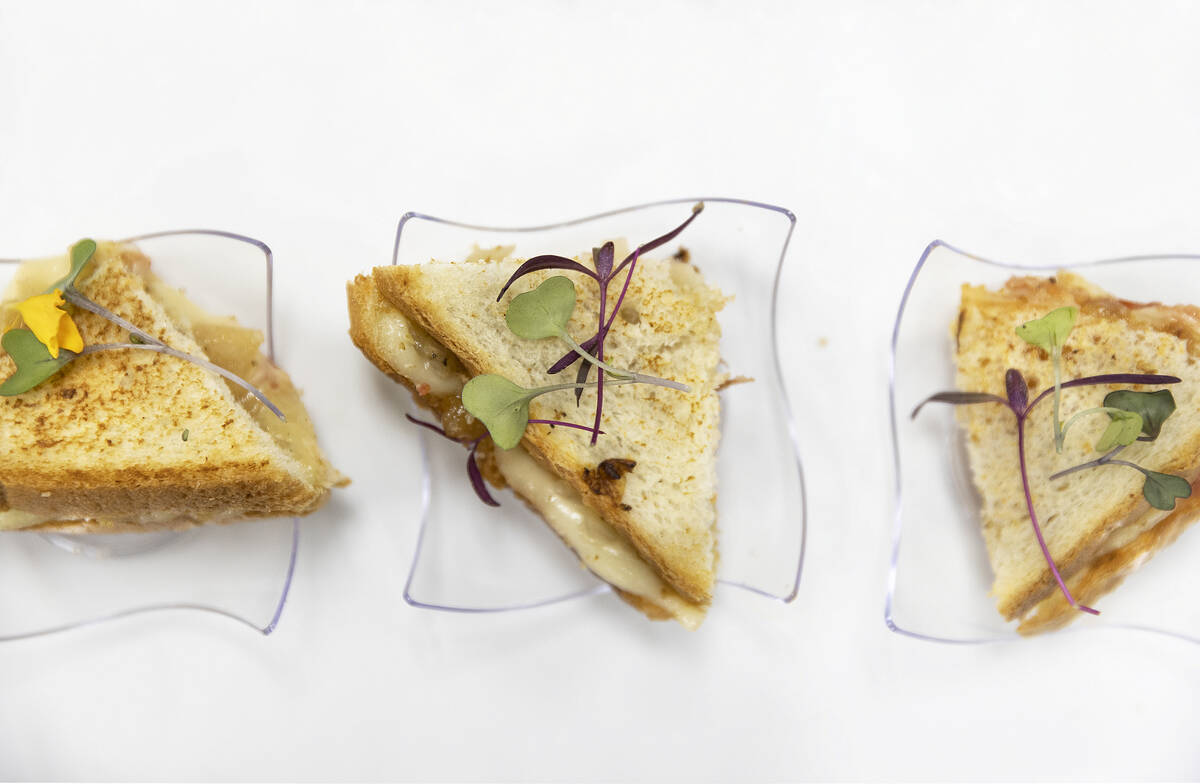 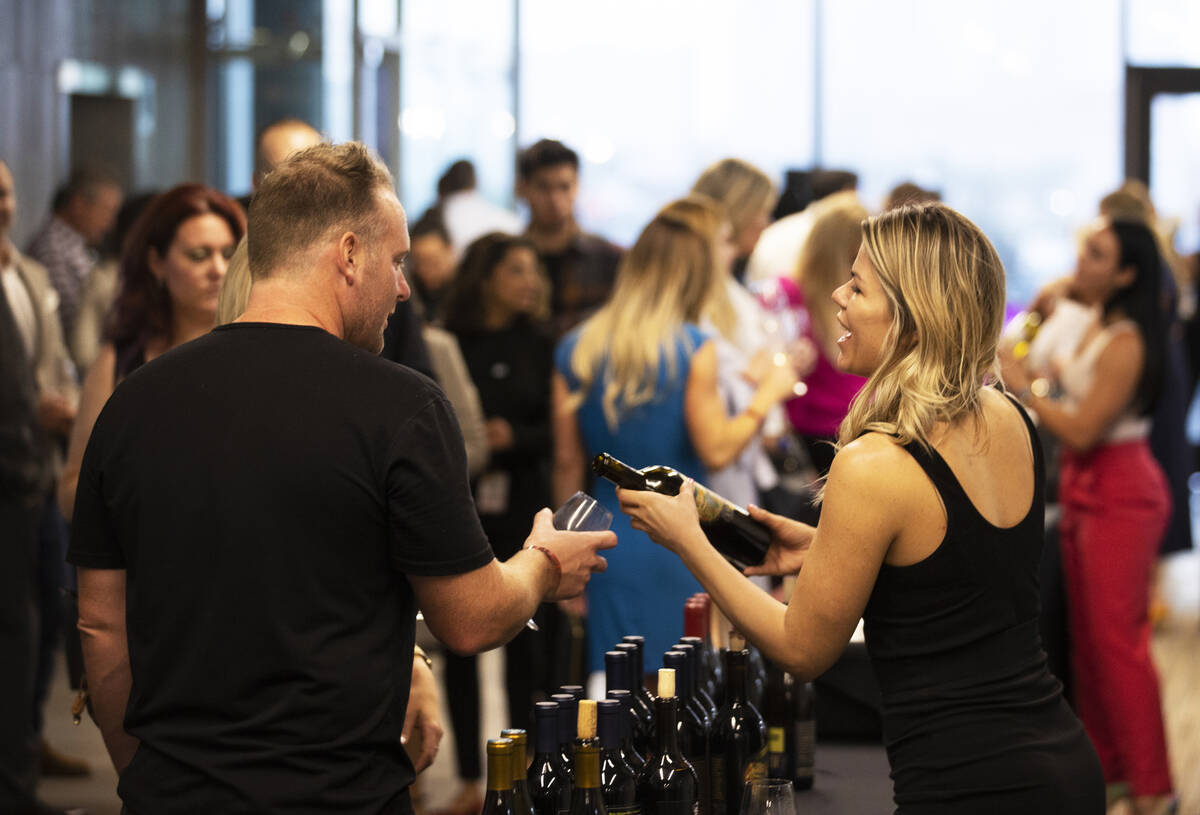 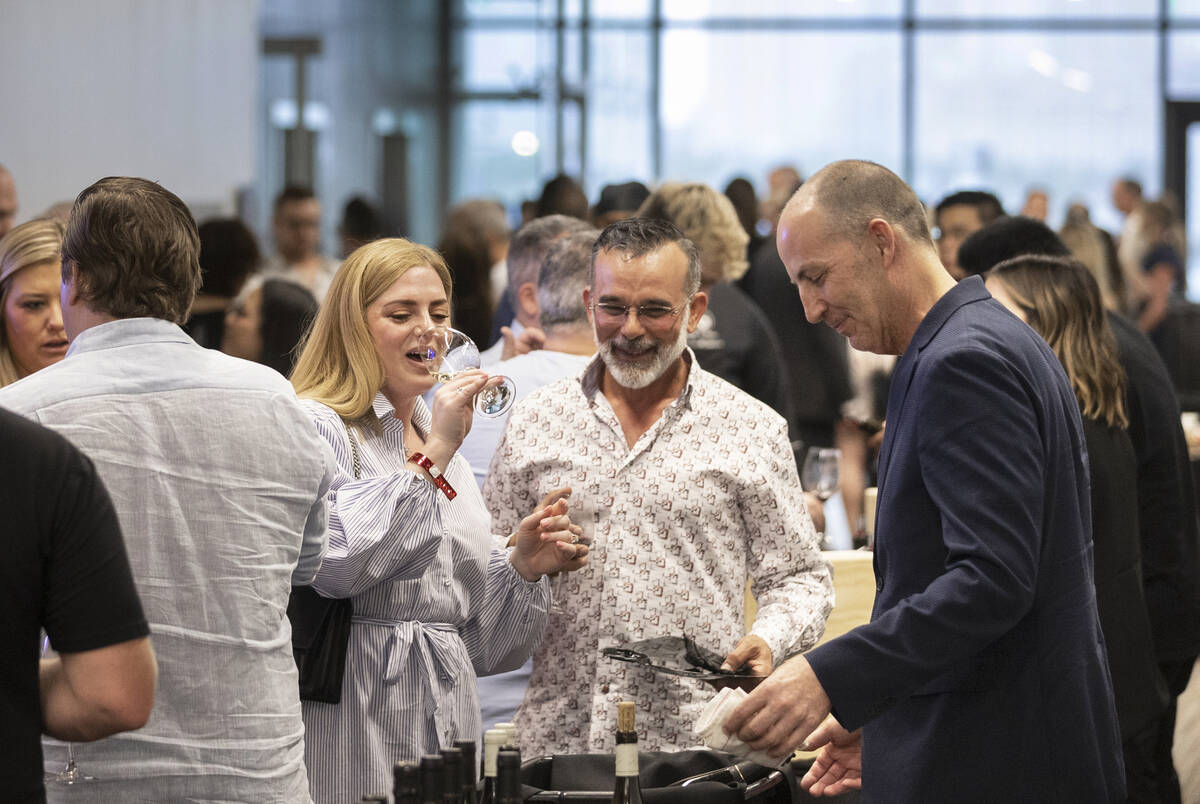 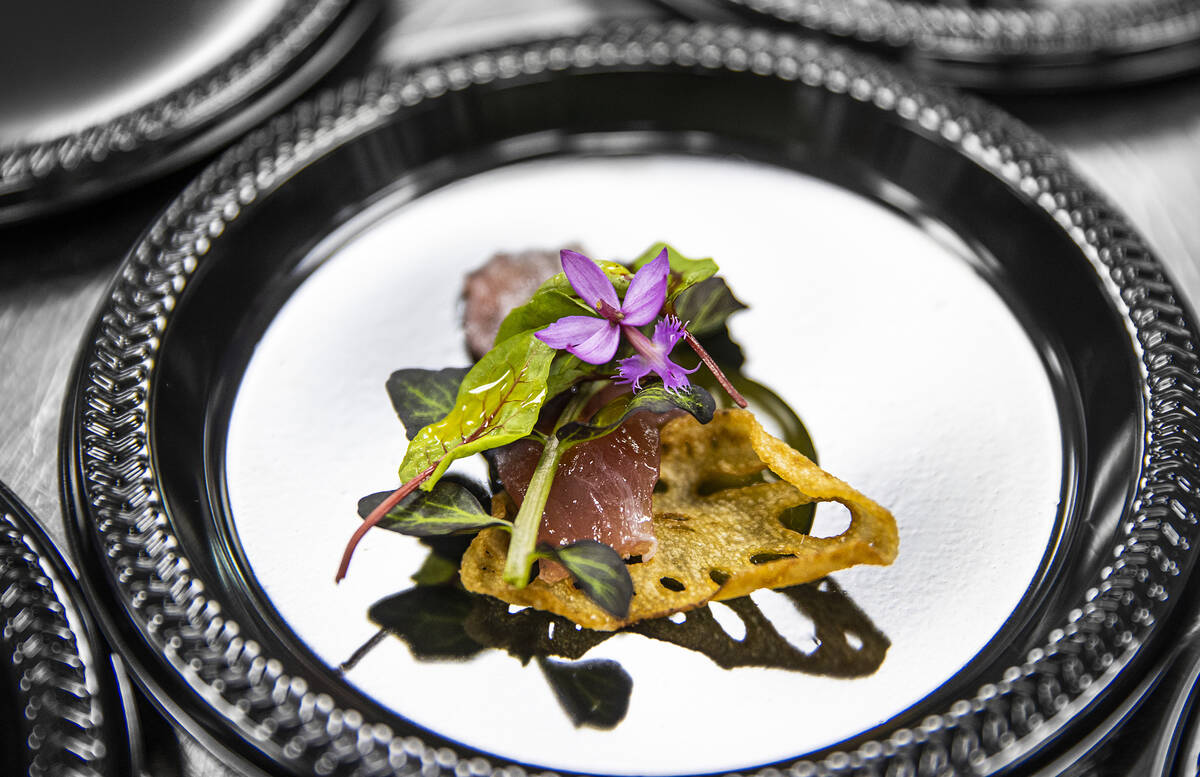 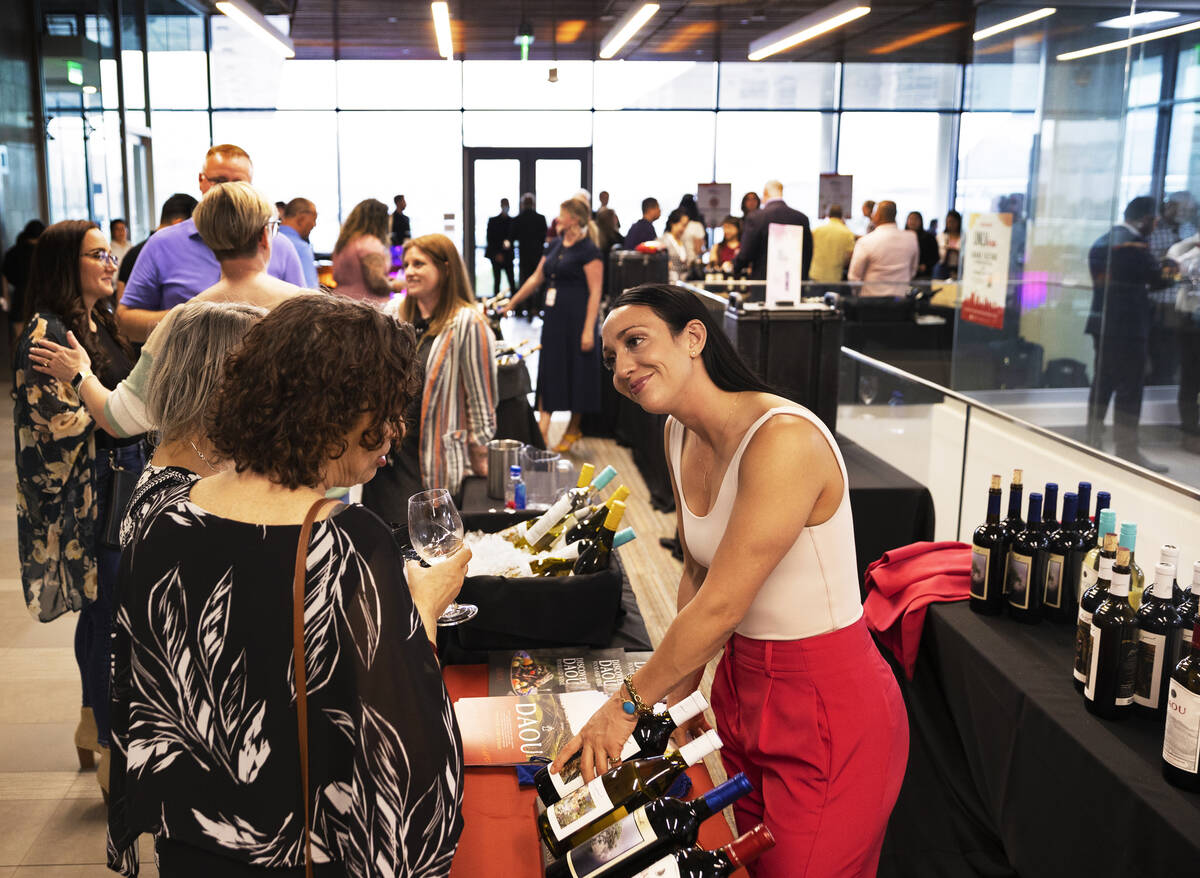 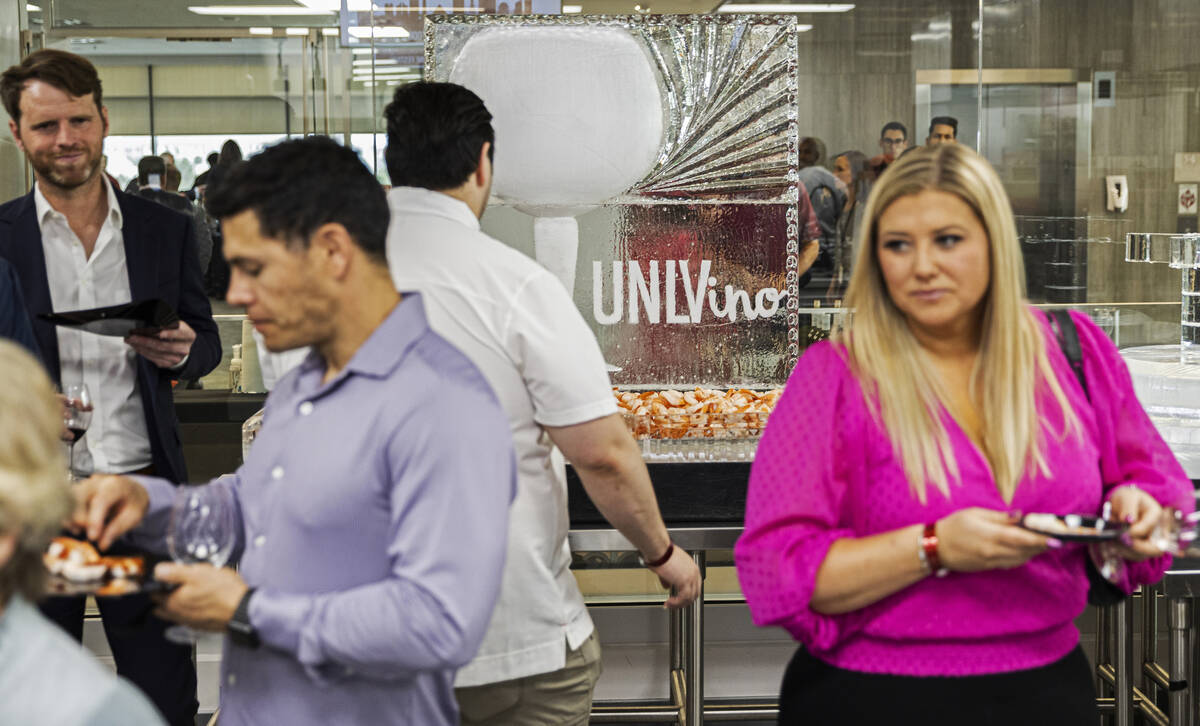 At UNLV, four cheerleaders greeted guests as they entered the William F. Harrah College of Hospitality to attend the Grand Tasting of UNLVino, the longtime wine and food fundraiser for culinary student scholarships. The cheerleaders shook their pom-poms continuously but gently, without fanfare, and this quieter performance seemed an apt metaphor for the event itself.

UNLVino resumed in 2022 after a two-year hiatus during the pandemic. In the past, the event attracted 60-plus restaurants, 100-plus wineries, and thousands of revelers across three days of tastings off-campus. This year, with ongoing concerns over large gatherings, UNLVino returned to campus with significantly fewer restaurants and suppliers and a single evening of tasting limited to 500.

Still, no matter the size, the Saturday event celebrated the same things it had for nearly 50 years, organizers said.

“It’s all about food and wine and scholarships for our students,” said Stowe Shoemaker, dean of the College of Hospitality. UNLVino is not just a tradition for UNLV. It’s a tradition for the city.”

Culinary students played a significant role at the Grand Tasting as they prepared and presented bites, assisted vendors, helped manage the live auction and served as event hosts. The tasting also provided students with real-world training as they prepare to enter the industry, an important consideration when plans were made to resume UNLVino.

“This is a capstone class for the students. We didn’t want the students to lose the experience of putting on the tasting. It helps them learn how to put on events,” said Shaina Graham, director of events for Southern Glazer’s Wine, Beer & Spirits of Nevada, which organizes UNLVino with the college. .

Leo Tran, 22, is one of the capstone students. He’ll graduate soon with a B.S. in innovative restaurant management, then begin work, he said, as assistant food and beverage manager at the Fairmont Century Plaza in Los Angeles. Tran, being an international student, was ineligible for federal student aid, so his UNLVino scholarship “really helped me so I could do more work experience and not worry so much about money.”

Great rosé and other pours

Highlights from the bites

Chinglish, the spot for wine and Cantonese cooking on West Charleston Boulevard, dished up chicken dumplings and Peking duck street tacos. Upstairs on two, it was Cocolini Gelato, which has seven shops on the Strip (plus Honolulu on the way).

Bites proliferated on four, the top floor of the Grand Tasting.

The English Hospitality Group, from chef Todd English, brought Todd’s meatballs with herbed ricotta and Sunday gravy. Anima restaurant at The Gramercy set out cured tuna sashimi with aji amarillo escabeche on a lotus chip. Students offered nibbles like crisp gau gee (filled and fried wonton skins) with sweet chili sauce, and pani puri with a foam of payoyo cheese, made from a certain breed of Spanish sheep and Spanish goat.

Luis DeSantos, one of only 269 master sommeliers in the world and the former wine director of Southern Glazer’s, brought the crew from Gyu+, the Japanese street food outfit he co-founded that operates now from a shared kitchen (and is scheduled to debut its own space this summer in the UnCommons development).

As the Grand Tasting filled, the xylophone band picked up steam, pinging out a mean version of “Barbie Girl.”