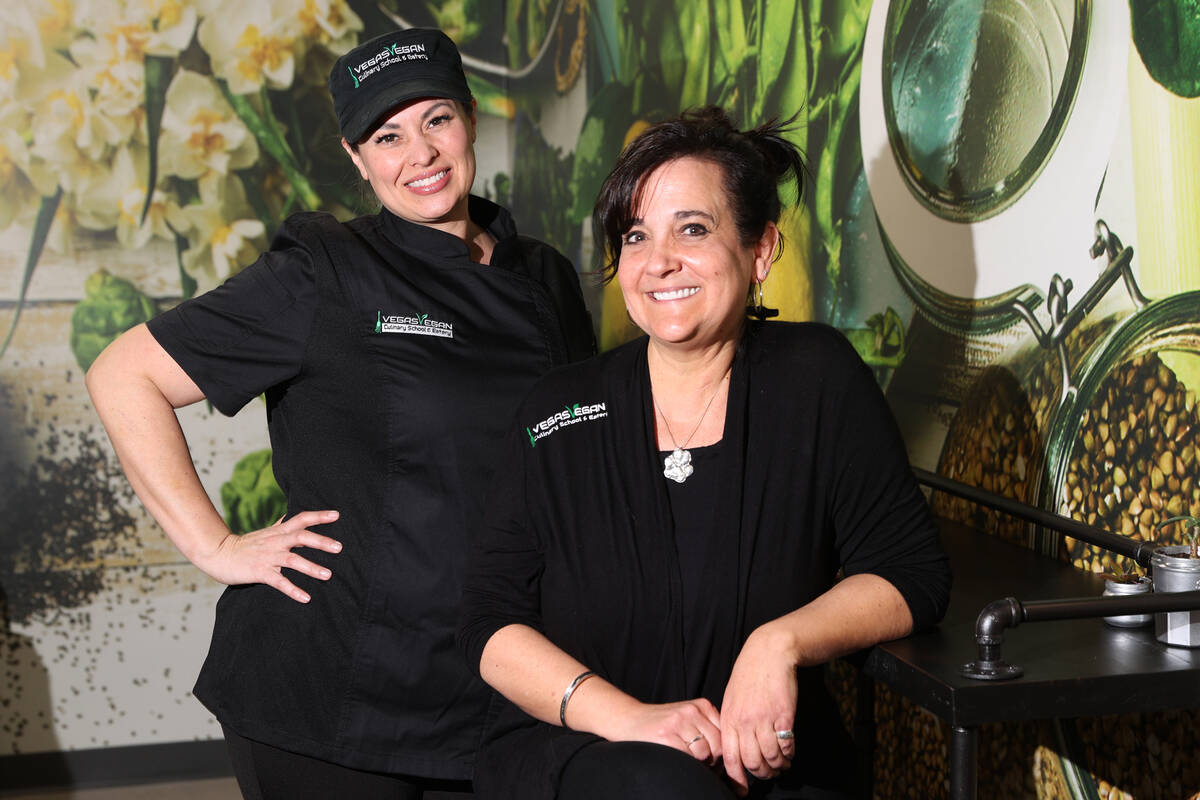 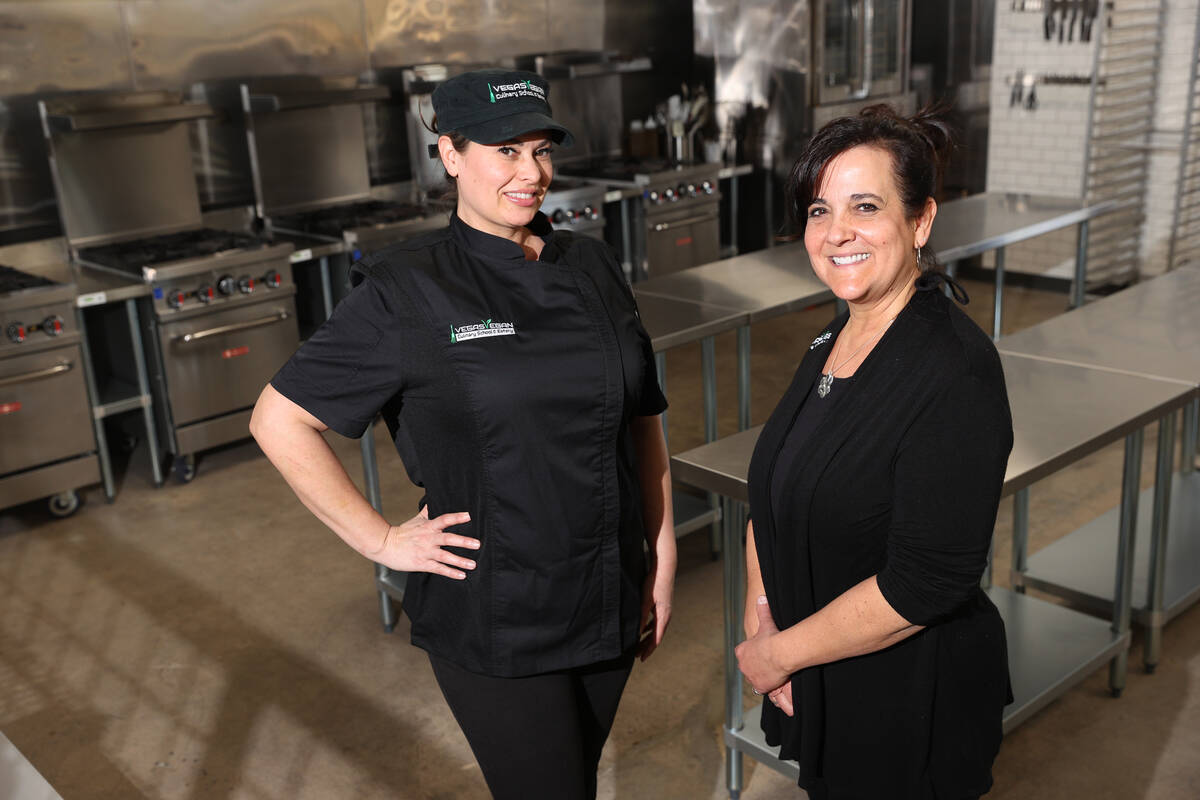 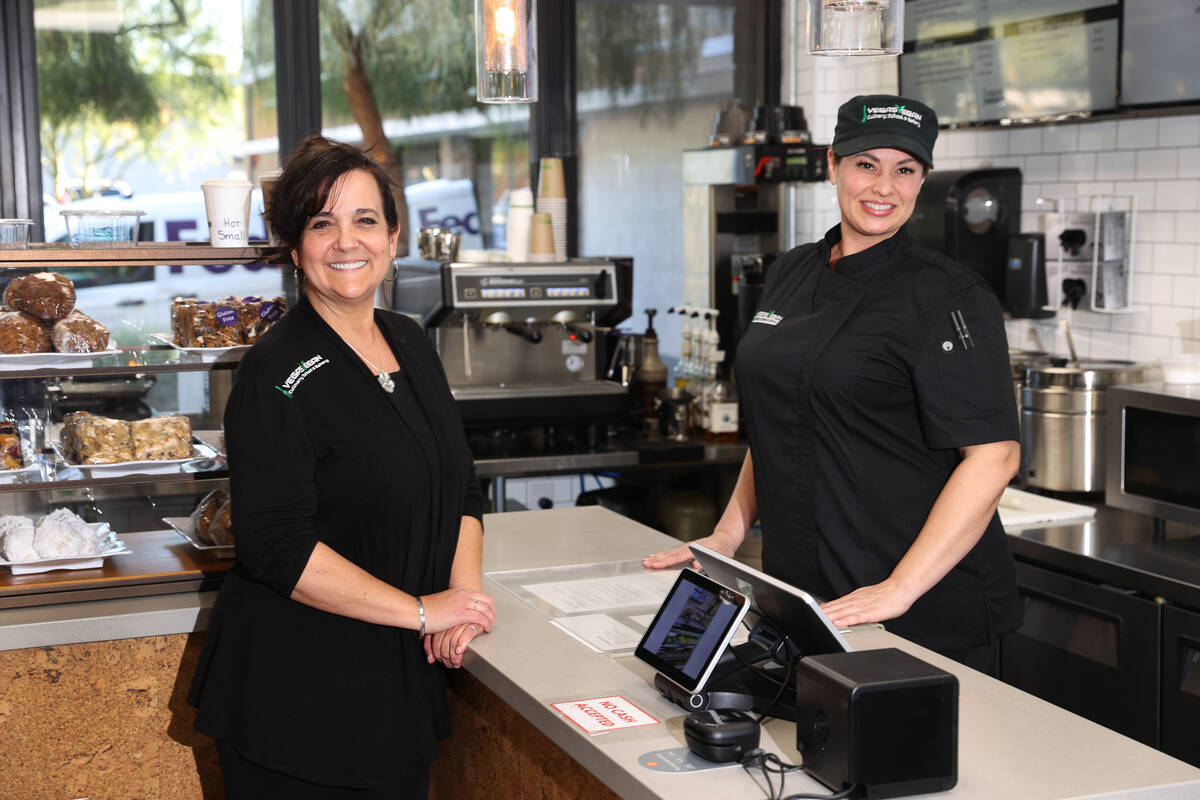 Heather Heath isn’t trying to convert the world to veganism; she figures people have to make up their own minds. But she is trying to make it easier for them to make a decision.

“There’s a need,” Heath said. “When you look at people who are interested in a plant-based diet or learning about veganism, they always seem to encounter people who are trying to force it down their throats. And that’s not what we want. We want people to explore what’s out there and do it in a safe and controlled environment.”

Thus, the Vegas Vegan Culinary School & Eatery, of which Heath is co-owner and CEO. The business opened Nov. 5 at 1310 S. Third St. in the Arts District.

Heath makes it clear that this isn’t a school for someone who wants to become a chef on the Strip.

“The classes are fun and educational,” she said. “We’re not a certificate school, where you’re paying a lump-sum fee to study for months on end to become a chef.”

Their mission is to introduce people to alternatives to animal-based food items. For example, one thing she commonly hears is that someone couldn’t go vegan because they couldn’t give up dairy — couldn’t live without cheese.

“That’s just not the case,” Heath said. “You can. So we’re going to offer solutions. You don’t have to eat cheese; you can find other sources. But people don’t realize that.”

Diana Edelman, the founder of Vegans, Baby and de facto leader of the local vegan community, said she thinks the idea of the school is “excellent.”

Class topics include “Quick & Healthy Snacks You’ll Eat: Raw High-Fiber Bites & Baked Granola Bars,” “Cheesy Baked Potato & Beer Soup,” “Makin’ Morning Muffins” and even “Healthy Vegan Dog Biscuits.” Guest chefs will include Kenny Chye of Chef Kenny’s and Lu Vuk from Go Vegan Cafe. For the monthly “What To Do With Tofu,” they’ve partnered with the Tofuture company and each participant will get a tofu press. Fees range from $45 to $70.

Heath, who’s been in the health care industry for 30 years, opened Vegas Vegan Culinary School & Eatery with Mindy Poortinga, who used to run a vegan meal-prep business here, and their deli will offer 16 to 20 fresh items daily.

“A lot of the recipes and things she used we’ve rolled into that,” she said. There’s seating for 80. “People can come in, but it’s more of a grab-and-go concept. We’ll do a Sunday brunch, fresh soups. Everything’s fresh; that’s the key.”

“People can order meals and pick up Sunday night or early Monday morning,” she said.

Heath has been vegan for five or six years and also runs a nonprofit that focuses on animal welfare in Asia. She said her focus there is on changing attitudes toward the dog meat trade.

“I work with groups in Thailand, China and South Korea,” she said. “It’s not about rescue; it’s about trying to offer alternatives. It’s not (obvious) to us why they would want to eat a dog. But let’s understand why that is, so we can work from within and try to change it.

“When you see them on farms, being farmed for consumption, I can’t even explain it. You have to walk away, and you know what the outcome for them is going to be. And wait a minute, there’s a cow right next to you. There’s a connection. It didn’t take me long.”