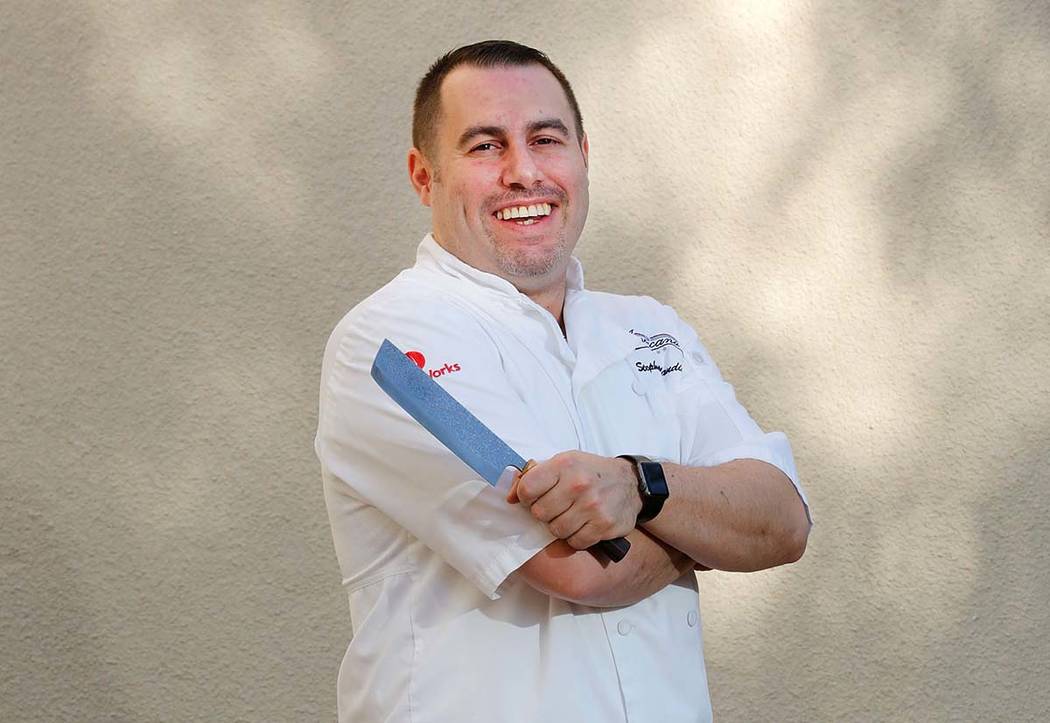 New York native Stephen Blandino graduated from the Culinary Institute of America. He worked for acclaimed chef Charlie Palmer for 18 years, beginning at Aureole in New York and in 2000 helping to open the Mandalay Bay Aureole, where he moved up from line cook to executive sous chef.

In 2003 he was named executive chef of Charlie Palmer Steak in the Four Seasons, remaining there until he left to open his Americana lakeside in Desert Shores in 2016.

“I think it’s every chef’s dream to open their own place,” Blandino said. “And I guess the opportunity was there when I found out about this space.”

Review-Journal: Always in your fridge?

Blandino: Kimchee and some kind of leftover Asian food.

Japanese wagyu, just the different cuts that they have coming in now that weren’t available before — the strip loin, the rib eye, the brisket.

Usually some kind of mixed omelet.

Slow and low. I think a lot of home cooks kind of rush the food. The window of opportunity is bigger when they go slower.

What are you working on?

We’re going to put a raw bar into the restaurant. We’re working on a different kind of clams casino, different raw oysters, a couple of cooked oysters. Trying to do it where it’s more exciting for people to come in on the lake and try different things.

What are trying to do with Americana?

Our mission is to provide really, really good food for the community and for people to explore different types of cuisines. Not just come in and get normal food; there’s gotta be twists on things.

Right now we’ve brought back some tableside items. This week we’re doing Australian wagyu tableside, the week before that we did strawberries jubilee. Maybe next week we’ll do venison tartare. We like the interaction with the guests.