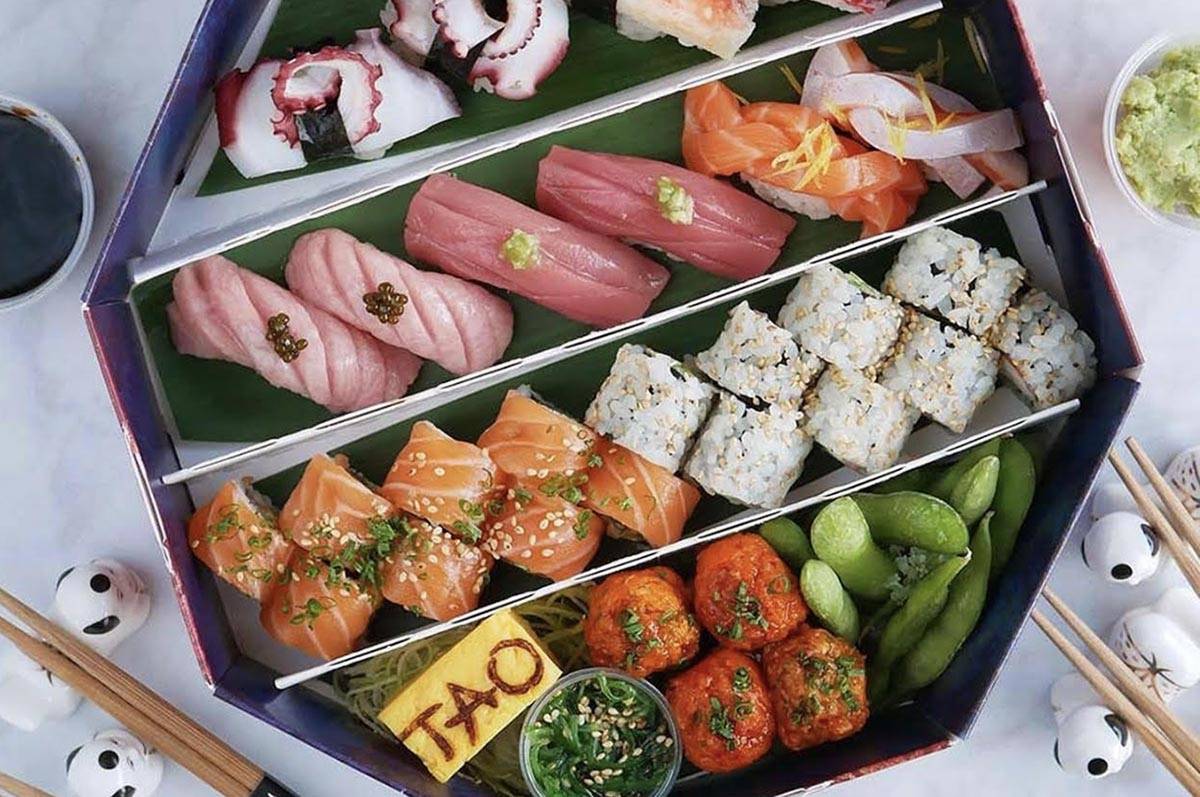 The team behind Chinatown’s French fine-dining spot Partage has opened French Cellar by Partage at 7865 W. Sahara Ave., in the former location of Eatt. It’s a wine store that also offers tastings and snacks at a small bar, with a menu that focuses on cheese, charcuterie and small stacks such as escargot, foie gras and caviar. It also will host tastings for Partage’s Wine Club.

While they called it a soft opening, Boston’s Fish House began serving customers with a fair share of online fanfare last week. The seafood restaurant is located toward the western edge of Tivoli Village, with a large modern dining area and raw bar, ample outdoor seating and a spacious private dining room. The menu offers familiar dishes such as baked clams, oysters Rockefeller, cioppino and (a bit ironically, based on the restaurant’s name) Manhattan clam chowder. There’s also a large selection of pastas and other Italian classics.

Milpa has opened at 4226 S. Durango Drive, serving healthy Mexican food for takeout and delivery, such as a bowl with roasted squash, brown rice, gold beets and onions with a chipotle-lemon dressing, and short-rib barbacoa tacos with pasilla and guajillo chiles, pickled onions and radishes with stone-ground tortillas. Call 702-247-4147.

Good Morning is scheduled to open in early spring at 5587 S. Rainbow Blvd. It’s a collaboration between The Umbrella Consulting Team and Chef Jhon Castro, formerly with Sparrow + Wolf, Bazaar Meats and Sushi Roku. The menu will feature such dishes as tater tot hash, soft-shell crab eggs Benedict and Colombian coffee waffles, and there will be an extensive vegan menu with omelets, quiches, sandwiches and waffles. The cocktail menu will include customizable bloody marys, Adult Cereal made with Bailey’s Irish Cream and and a POG (pineapple, orange and guava) tea cocktail served in a vintage tea cup.

Hussong’s Cantina at The Shoppes at Mandalay Place and 740 S. Rampart Blvd. will celebrate its 11th anniversary Friday with BOGO margaritas and $5 happy hour nachos all day. Hussong’s says the margarita was created at its original location in Ensenada, Mexico, in 1941, and that the creation is documented by the Ensenada Historical Society.

For the first time, Ding Tai Fung has added a wagyu beef dish to its menu, and it’s available exclusively in Las Vegas (for now, at least). Eight ounces of Mishima American wagyu beef tenderloin come wok-fried with tri-colored peppers, onions, shimeji mushrooms and house-made black pepper sauce. The $38 dish was rolled out at the chain’s Aria location on New Year’s Day as a special, but the response was so positive it’s been permanently added to the menu in advance of a nationwide launch.

Ethel M Chocolates, 2 Cactus Garden Drive in Henderson, is taking reservations for its Lights of Love Valentine’s display. The display runs through Feb. 14, but to ensure social distancing, reservations are required — and slots for the Christmas display were claimed quickly, so it’s best to move fast. It’s $5 (which will be donated to Three Square Food Bank) for a group of up to six people. The company also is offering in-person and virtual Valentine’s chocolate tastings. ethelm.com

In honor of National Bootlegger’s Day, the Underground speakeasy and distillery at The Mob Museum is featuring the Twisted Turkey through Sunday. It’s made with Wild Turkey 101, Aperol, pear-ginger shrub and rosemary syrup and was inspired by the bootleggers of the Prohibition era. It’s $12.

La Strega, 3555 S. Town Center Drive, on Sunday will introduce a fish market from 11 a.m. to 3 p.m. weekly, and has made its Piccola Strega sandwich pop-up a permanent fixture.