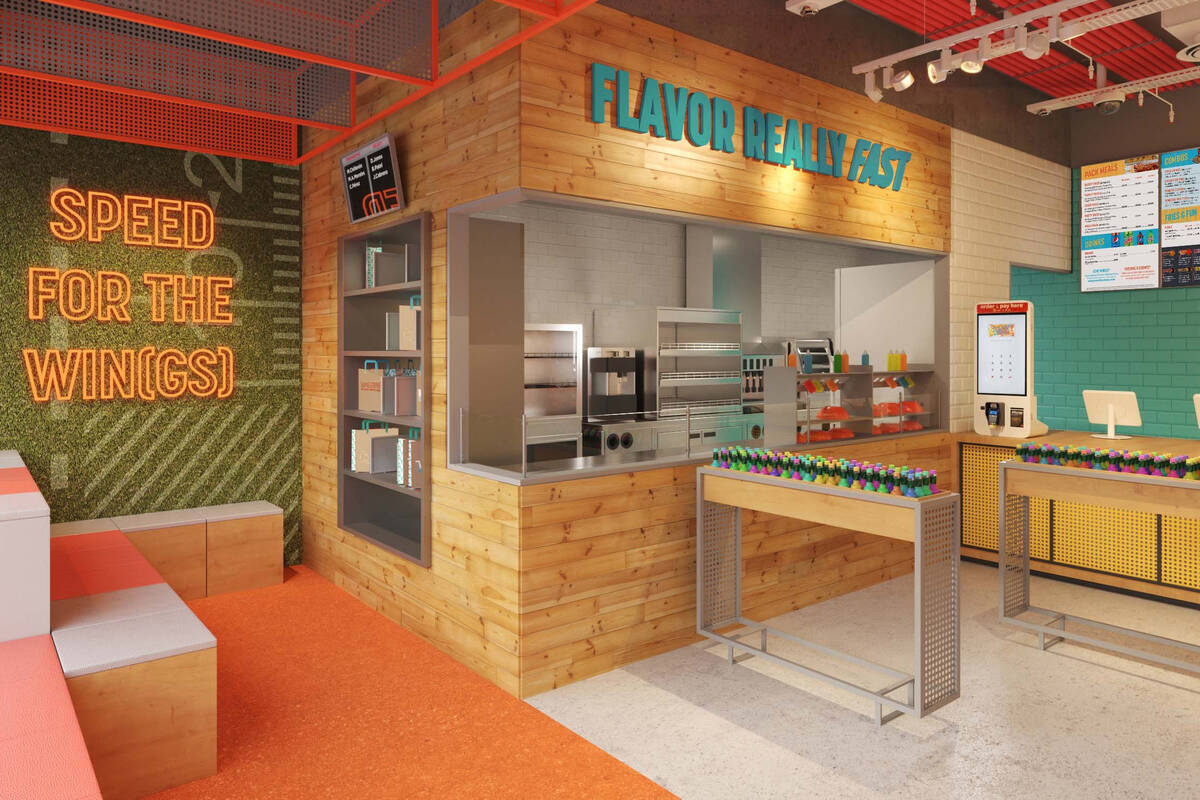 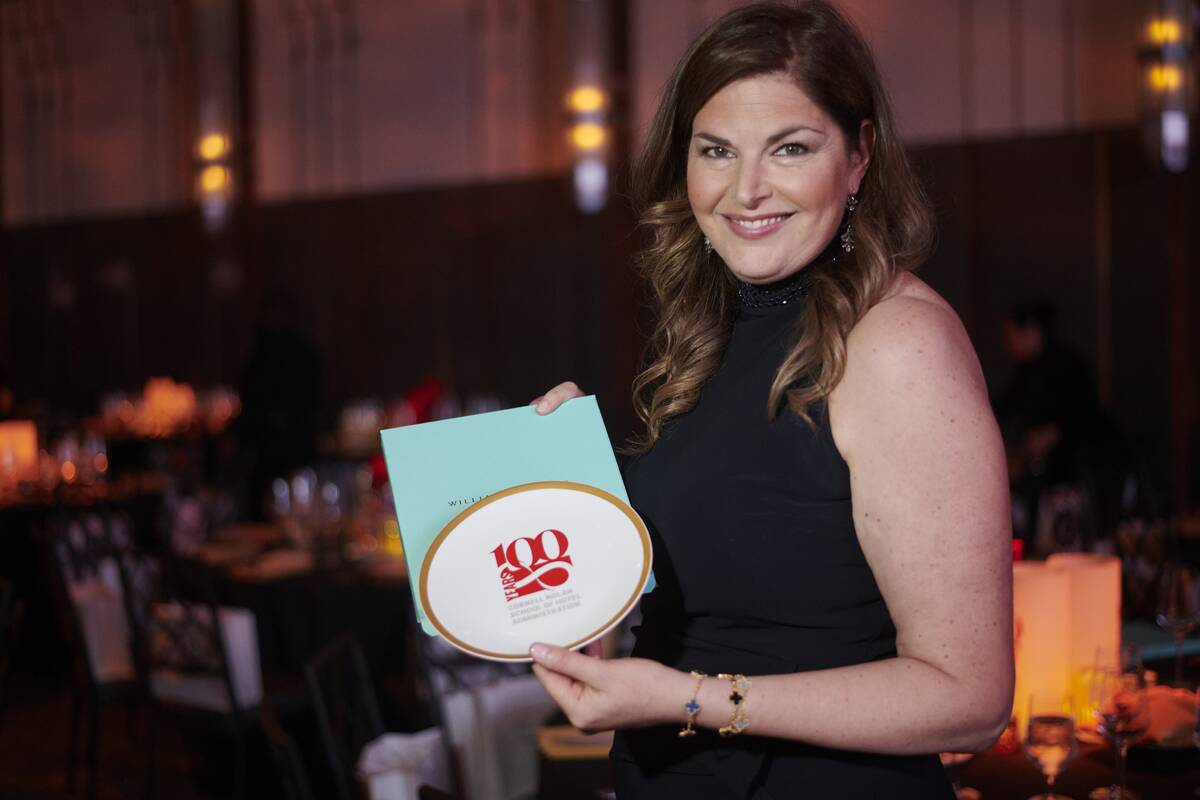 Las Vegas restaurateur Elizabeth Blau takes a moment with the commemorative plate given to guests at a June 2022 banquet in New York City where Blau received an icons of hospitality award from the Cornell School of Hotel Administration. (Blau & Associates)

Wing Zone, the chain known for its made-to-order chicken wings, will open a store at 1513 W. Craig Road in North Las Vegas on Monday. The new store marks the 63rd location for Wing Zone and the first in Nevada. There are Wing Zone restaurants in more than a dozen other states, including California and Arizona, and in several other countries.

Wing Zone was founded in 1991 by two students at the University of Florida. Las Vegas-based Capriotti’s, the chain of sandwich shops, purchased Wing Zone in 2021, introducing improvements to product preparation and taste, the company said in a statement.

Wing Zone’s cooking method includes an initial olive-oil baking, followed by a two-step frying process that allows an order to be ready in two minutes.

“Flavor Really Fast is the tagline for our new approach,” said Ashley Morris, Capriotti’s CEO. “Traditionally, wings take a lot of time to prep and cook — what we are doing changes everything. Life is fast, and people don’t have to wait for their order of wings anymore.”

The menu features bone-in and boneless wings in Buffalo, sweet, sweet and spicy, and dry rub styles, with various flavors for each style. The menu also offers chicken tenders in multiple flavors, as well as appetizers, fries, salads, wraps and quesadillas, and burgers and sandwiches.

The North Vegas store will feature order kiosks, status screens and cubbies for pickups. Customers also may place orders from their smartphones at the restaurant. This location and future locations will eventually incorporate automation from Miso Robotics, a leading restaurant robotics company.

To receive a free six-piece wings celebrating the opening, text “WING” to 69019. While supplies last.

Elizabeth Blau, the Vegas restaurateur and founder-CEO of Blau & Associates, recently stopped by the Big Apple to collect a big honor. At the city’s Ziegfeld Ballroom, she received the 2022 Cornell Hospitality Innovator Award from the Institute for Hospitality Entrepreneurship at the university’s School of Hotel Administration.

The event celebrated the 100th anniversary of the school and featured a dinner catered by celebrated chef Todd English, who has Beast restaurant at Area15, where Elizabeth has the new-ish Lumin Café. The awards recognize the lifetime achievements of hospitality and travel industry leaders.

A recent poke among Clark County building permit records reveals a building permit is “in review” for something called Speakeasy and Donuts at Aria. The new Guy Fieri restaurant at Paris Las Vegas is “awaiting plans.” A commercial remodel permit for a Bear Claw restaurant in Caesars Palace is “waiting on customer.”