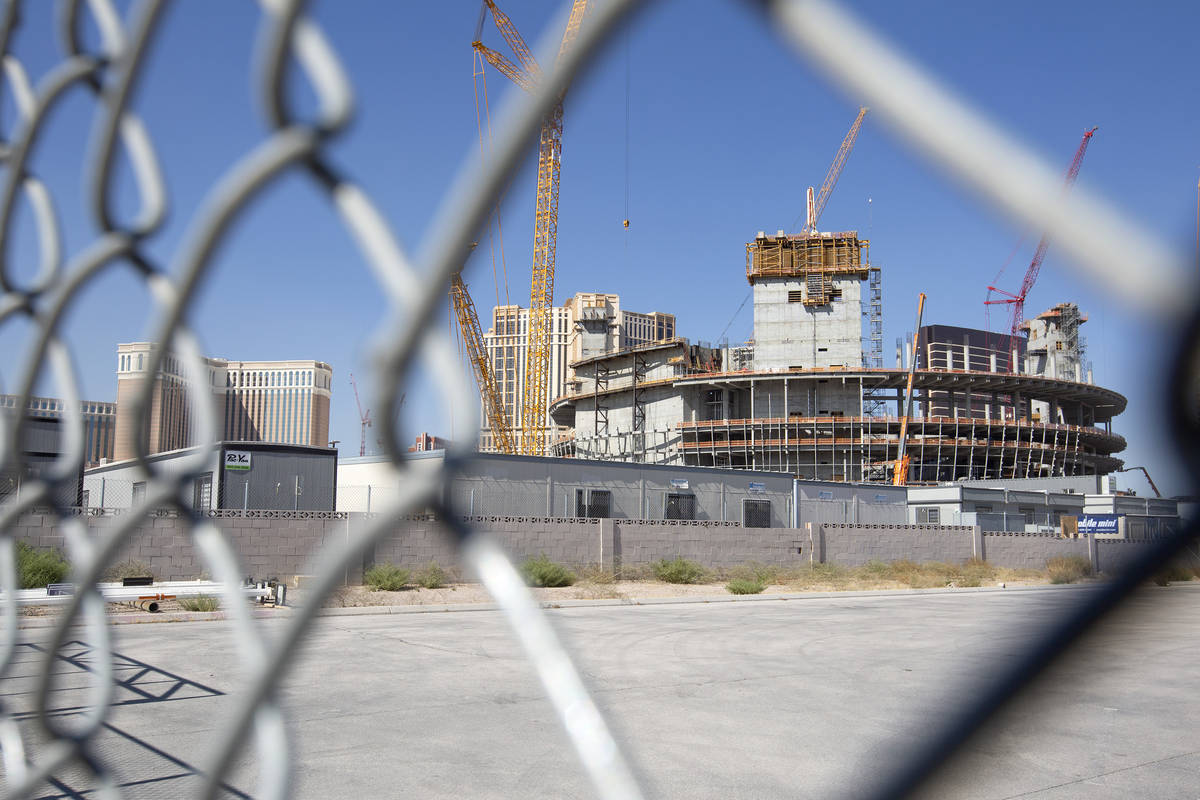 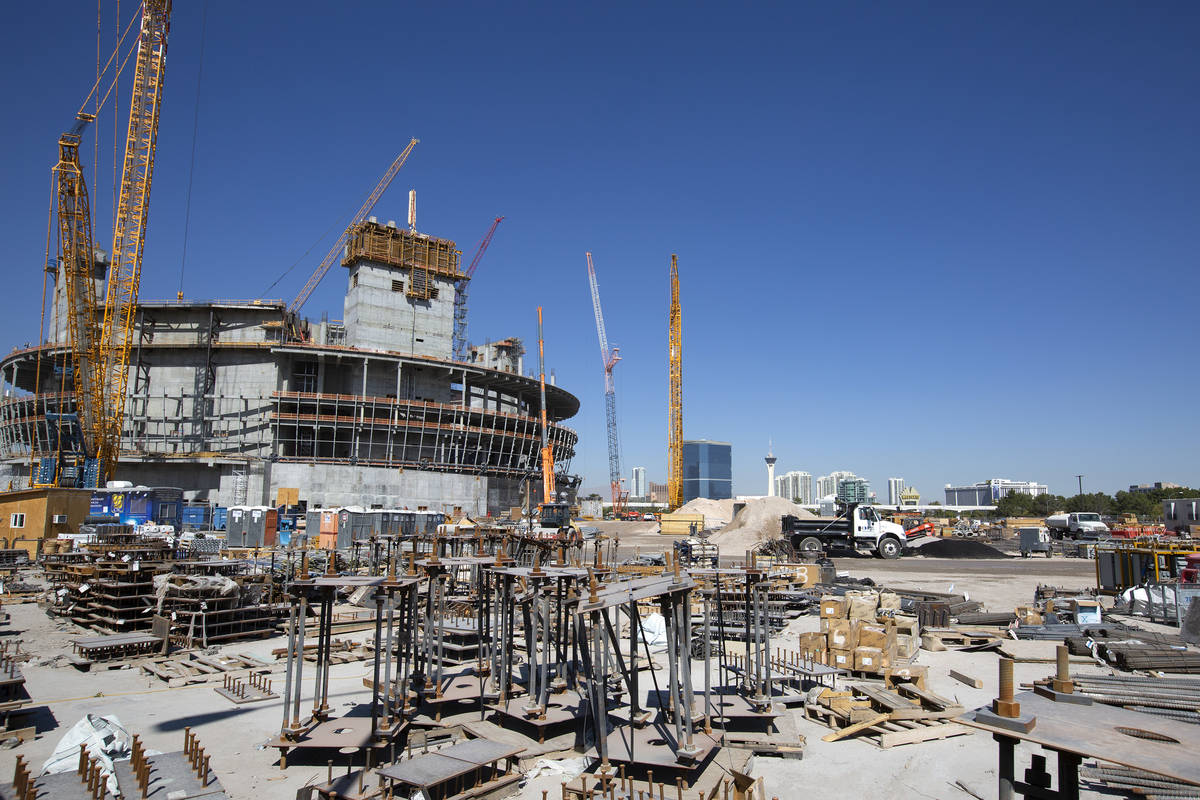 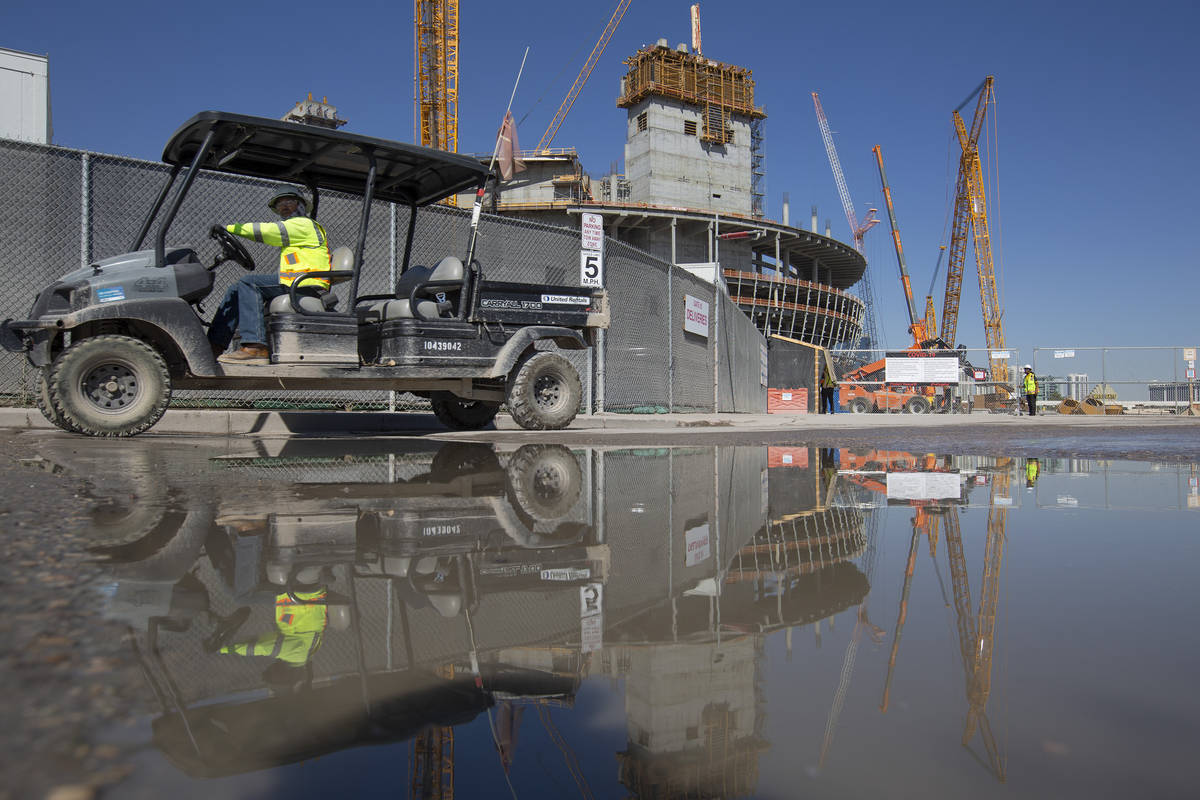 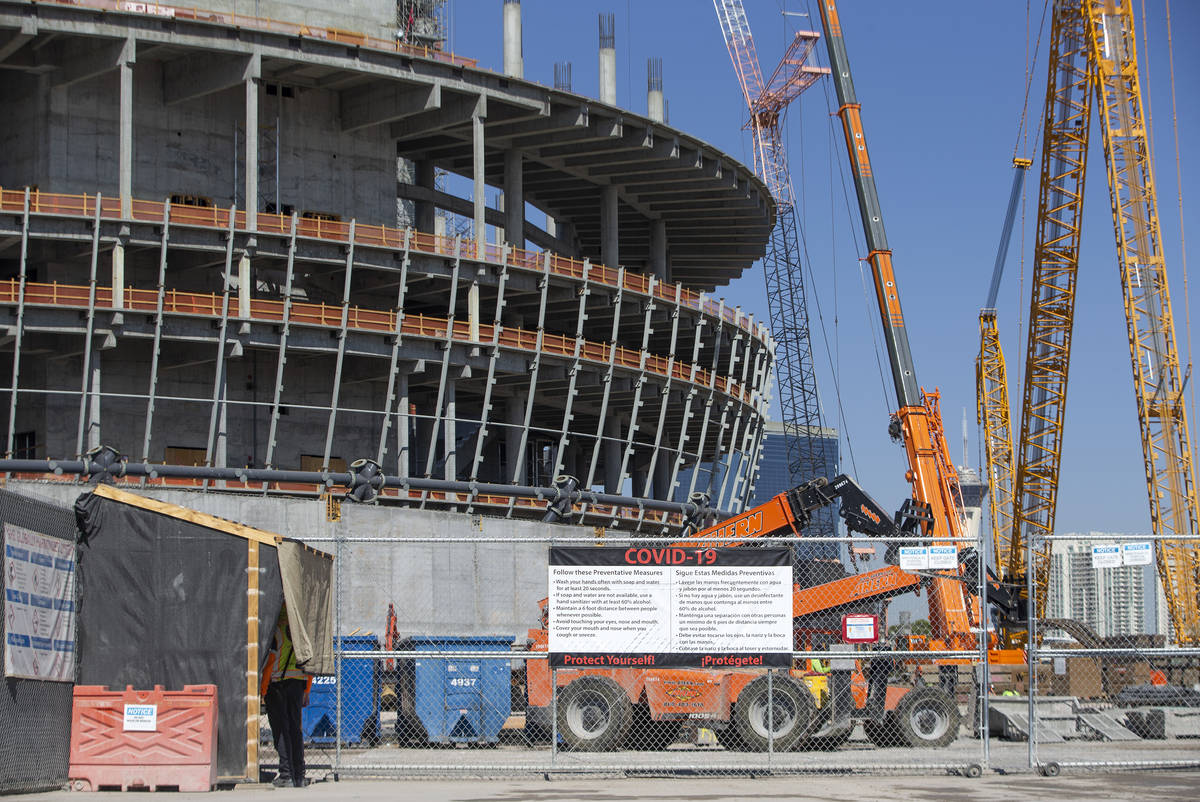 A pair of 240-ton steel girders critical to construction of the MSG Sphere at The Venetian were successfully placed by work crews last week, a representative of MSG Entertainment said Wednesday.

Installing the girders was part of the project’s heaviest material lifts to date. They span the length of the 17,500-seat venue’s stage and will bear the weight of its 13,000-ton steel domed roof.

“Placing these giant steel girders is a critical milestone for MSG Sphere and a unique element of building a truly spherical venue,” said Nick Tomasino, vice president of construction for MSG Entertainment. “This technical work allows us to continue vertical construction and will also help provide support for the 13,000-ton steel domed roof, which we anticipate we will begin building in early 2021.”

The two erected girders were formed by placing two pairs of steel tubs, each weighing more than 100 tons, on top of one another. At the end of September, the bottom halves of each girder — U-shaped steel tubs 137-feet in length — were set into place 140 feet off the ground and spanning across the venue’s stage.

The girders were placed by the world’s fourth-largest crawler crane, which had to be relocated to the southern end of the venue. That crane has been on-site since February.

Next, concrete was pumped into the bottom of the U-shaped tubs. The concrete is needed to help support the placement of the top half of each girder. Once the concrete reached design strength, a 120-ton upside-down U-shaped tub was lifted into place, forming a hollow cavity.

To finish the process, both cavities will now be filled with 300 cubic yards of concrete, which will be pumped in through an opening at the top of the girders.

Tomasino explained that the process is important to the overall project because the perfectly circular ring beams being built around the exterior of each level of the venue provide foundational support. That support is interrupted at the stage, where there is a massive 190-foot shear wall that completes the ring.

He explained that the placement of these two massive girders and the entombed concrete inside solves that interruption, allowing vertical construction to continue and ultimately helping support the 13,000-ton roof.

Inside the venue, the largest and highest-resolution LED screen on Earth — roughly the size of three football fields — will wrap over, up and behind the stage and audience in an immersive environment at a resolution 100 times better than today’s high-definition televisions.

An advanced acoustics system will deliver audio to every seat, from the front row to the back. Beam-forming technology will enable simultaneous delivery of multiple forms of audio content.

Guest will feel the sound

An infrasound haptic system that will use deep vibrations will enable guests to feel the sound.

A new connectivity system will deliver 25 megabits of data per second for every guest with 1,100 Wi-Fi access points.

MSG announced in August that it would slow the construction process and that the next 15 months of work would include several heavy material lifts. About 300 workers currently are on the project.