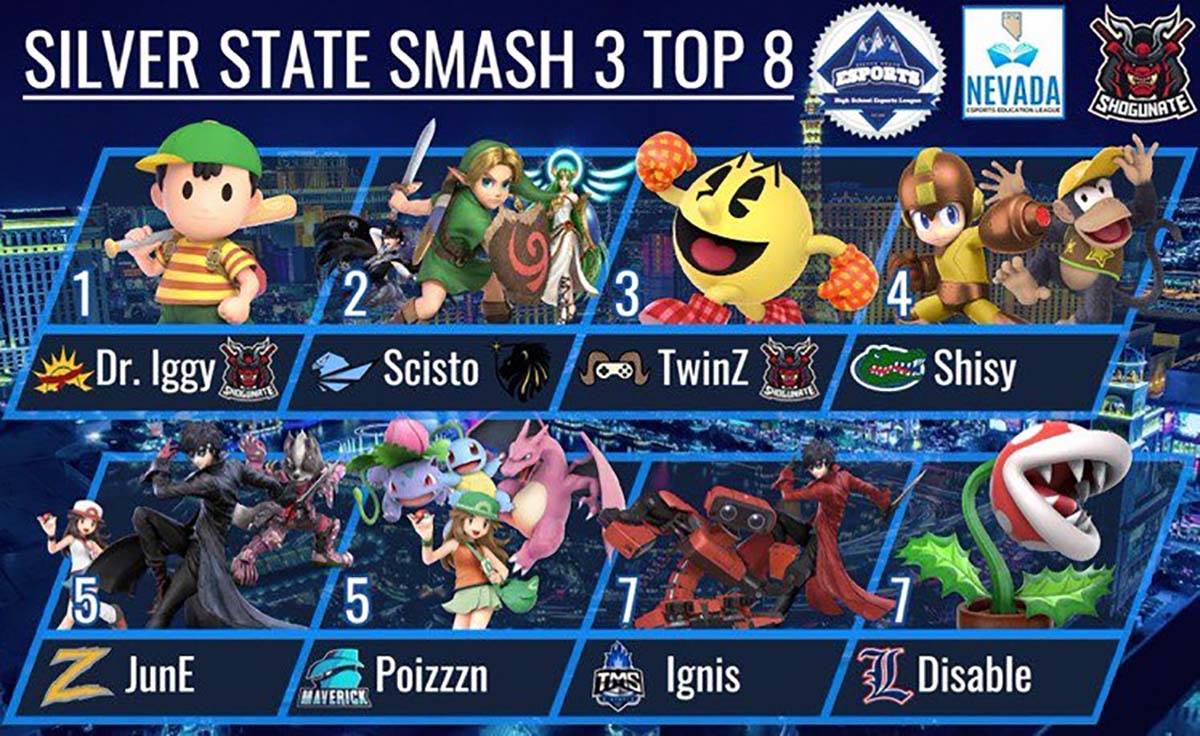 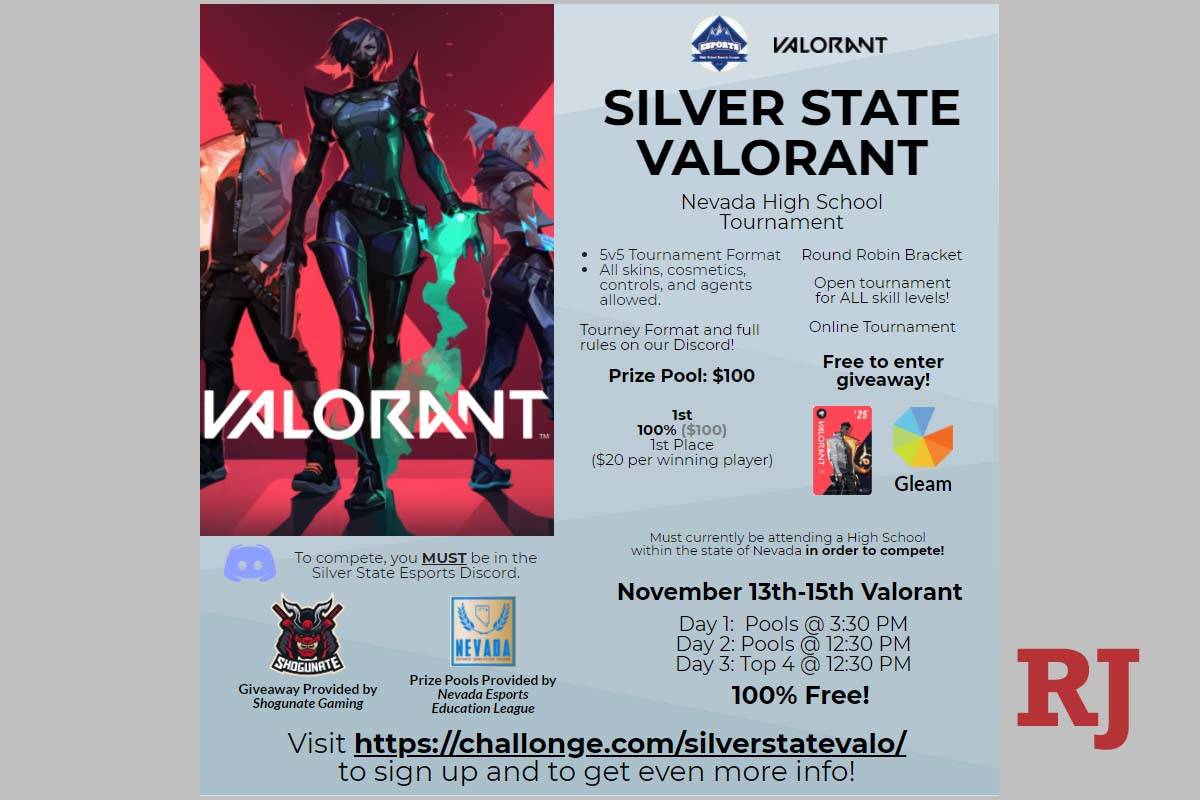 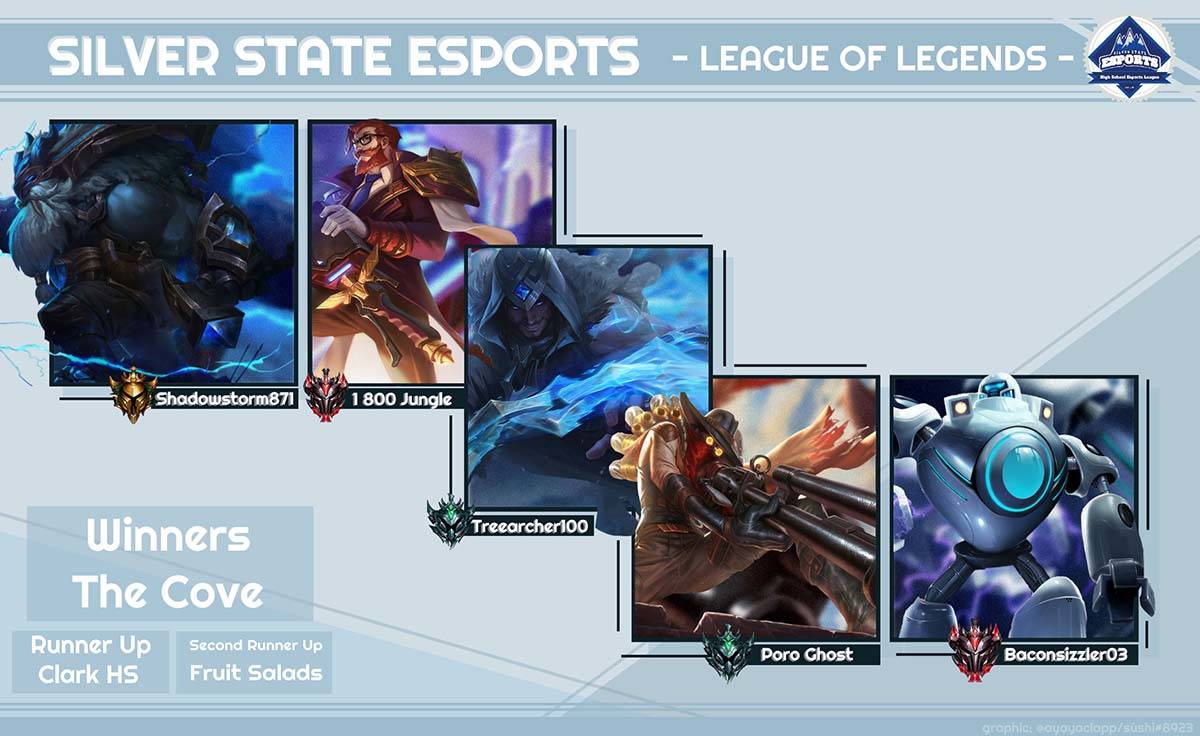 Like it has for much of the world, COVID-19 threw a wrench in Silver State Esports’ plans. The high school esports league was coming off a successful 2019-20 school year that saw 30 Las Vegas Valley schools take part in various tournaments.

That number is up to 35 for this school year. But with communication and all their tournaments taking place online, it presented a unique challenge for founder Davis Cowles.

“The biggest issue with that is since these clubs are no longer in person, it’s harder to get people interested in events if they’re not physically there,” Cowles said.

Silver State Esports’ next tournament starts Nov. 13. It will be the league’s first Valorant tournament.

neT, a senior at Coronado high school who is ranked 34th in North America, will be taking part.

All tournaments are free for students to enter with a prize pool provided by the Nevada Esports Education League and giveaways provided by Shogunate Gaming.

“The fact our community was built online from the start means we will always be able to do this,” Cowles said.

Despite the pandemic, Cowles said if students are interested in starting a club at their school, he is ready to welcome them with open arms.

“Whether you’re an individual or a club representative, I suggest them to contact me directly,” Cowles said. “I can personally help them get their clubs started and connect them to other schools and members of our community.”

In the past, Silver States Esports’ season culminated at the LvL Up Expo. In 2021, LvL Up is scheduled for April 23-25, a departure from its normal February dates. Whether LvL Up is able to have an in-person event remains to be seen. Cowles hopes an in-person event can happen to celebrate another successful year.

“It would be an amazing opportunity,” Cowles said. “Not even as an organization, but for the students as well to enjoy the event. A lot of people in Silver State Esports look forward to LvL Up Expo. We made sure our esports season runs alongside the LvL Up Expo and celebrates the end of the season. We hope they can look forward to things like competing in esports events in front of a large audience, wearing their custom esports letterman jackets, and remember the experience by taking photos with other high schoolers across the valley this upcoming spring.”