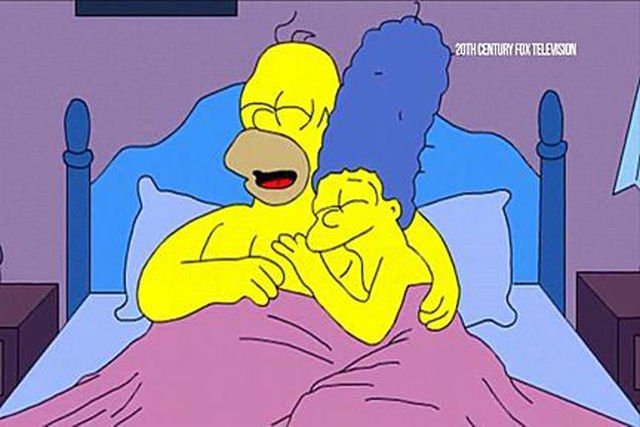 We already knew that it can be hard to make a marriage work in Hollywood, but it looks like it’s also tough to keep things afloat in Springfield.

According to an executive producer for “The Simpsons,” Homer and Marge will legally separate in the upcoming season.

The animated series is heading into its 27th season, and the show plans on keeping fans intrigued. Executive producer Al Jean told Variety that one of the plot points for the new season is Springfield’s supercouple splitting and the appearance of a surprising other woman.

“In the premiere, it’s discovered after all the years Homer has narcolepsy, and it’s an incredible strain on the marriage,” Jean said. “Homer and Marge legally separate, and Homer falls in love with his pharmacist, who’s voiced by Lena Dunham.”

Of course, there will be other celebrity guest stars, an appearance by Sideshow Bob and a flashback episode inspired by the film “Boyhood.”

Jean said the show used to gun for the precedent set by the TV series “Gunsmoke,” which left the air after 635 episodes.

“Now, we’ll get to 625 episodes,” he said. “That’s amazing. I’m really, really happy to get there. If it goes further, that’s even better. We have two-year options with Fox after that.”

For fans hoping for another “Simpsons” movie, Jean advises that it won’t be happening any time soon.

“The movie was such a time-intensive operation, it pulled a lot away from the show,” the producer said. “I would rather end the show whenever that happens before doing another movie. It’s unlikely there’ll be another “Simpsons” feature while the show is being produced.”

Jean has been full of bombshells about the show. According to Entertainment Weekly, the producer recently revealed at the ATX Television Festival that Sideshow Bob will (kind of) kill Bart in the upcoming season.