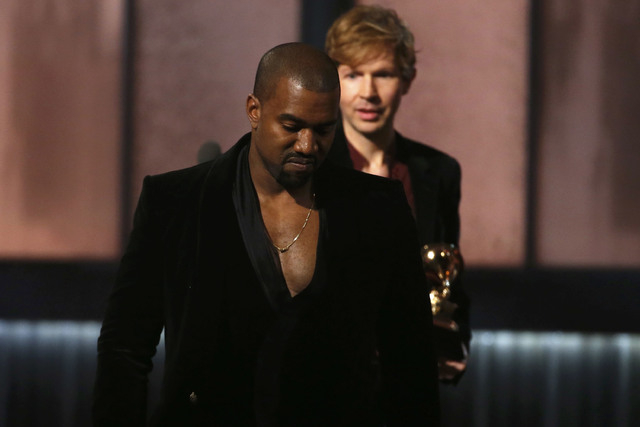 Beck watches Kanye West, who pretended to take the stage after Beck won album of the year for "Morning Phase," at the 57th annual Grammy Awards in Los Angeles, California February 8, 2015. REUTERS/Lucy Nicholson 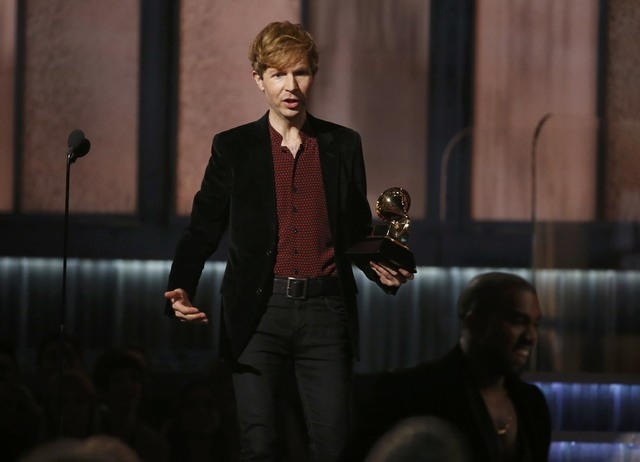 Beck calls out to Kanye West, who pretended to take the stage after Beck won album of the year for "Morning Phase," at the 57th annual Grammy Awards in Los Angeles, California February 8, 2015. (REUTERS/Lucy Nicholson)

LOS ANGELES — Three weeks after Kanye West blasted the Grammys and album of the year winner Beck, the rapper has taken to social media to apologize. On Thursday, West tweeted, “I would like to publicly apologize to Beck, I’m sorry Beck.” Shortly after, he also made an appeal to Bruno Mars, who he “used to hate on,” and said he would even like Mars to sing the hook on “88 Keys/Puff.”

During the Grammys, West nearly stole the moment when Beck won the award for album of the year, as it looked like he was about to jump on stage to protest the win. He sat back down, only to slam the Grammys the next day for their decision, saying they should “respect artistry” and that Beyonce should have won.

Beck didn’t seem to mind, though. “I was just so excited he was coming up,” Beck said after the show. “He deserves to be onstage as much as anybody. How many great records has he put out in the last five years, right?”