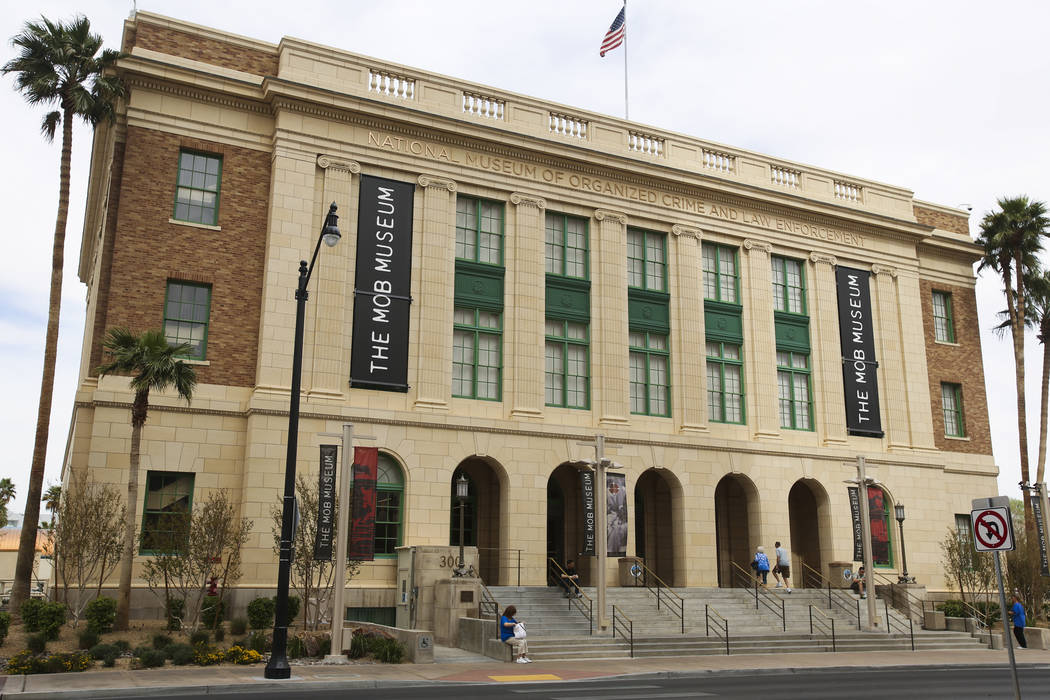 A positive note about the shutdown

Downtown Container Park is offering free entertainment at its Dome theater for federal workers affected by the government shutdown. Show your valid government ID for two free tickets to the immersive, 4K-visual experience with artists such as U2, Pink Floyd and Led Zeppelin or the kid-friendly “Perfect Little Planet” or “Dinosaurs at Dusk.” The offer is good until the shutdown ends. thedomelv.com

The Underground speakeasy at The Mob Museum hosts “The Entertainment Capital: How Singers and Showgirls Shaped Las Vegas” at 7 p.m. Thursday, with audio and video clips of the biggest names in Las Vegas history, including Liberace, Louis Prima, the Rat Pack and Elvis Presley. Admission is free through the side door with the password “Old Fashioned.” 300 Stewart Ave., themobmuseum.org

Calling all poets to the stage If you have some verses you need to get off your chest, head to Artifice Bar on Friday night for Poetically Correct open-mic poetry night. J’Ammie Pollard hosts. Admission is $15 at the door, $10 presale. Things kick off at 8 p.m. 1025 S. First St., artificebarlv.com

The Discovery Children’s Museum hosts a party for grown-ups Saturday night with its fourth annual Night at the Museum from 7-10 p.m., with bars on every floor, tasty bites, a VIP tiki lounge, silent disco, raffles and more. Tickets are $60, or $45 each for groups of 10 or more, with proceeds benefiting Junior League of Las Vegas and Discovery Children’s Museum. 360 Promenade Place, discoverykidslv.com

An original star at The Smith Center

Lady Gaga won’t be the only star of “A Star Is Born” performing in Las Vegas this weekend. Three-time Grammy winner Kris Kristofferson, who played John Norman Howard in the 1976 version of the film, is at The Smith Center’s Reynolds Hall Saturday. Tickets start at $39. 361 Symphony Park Ave., thesmithcenter.com

Santos Guisados Tacos & Beer will celebrate its grand opening on Jan. 30, by offering guests $1 tacos and $1 draft beers all day. Santos, which means “saints” in Spanish and draws its design inspiration from Mexican churches and cathedrals, is located at 616 E. Carson Ave. santostacoslv.com