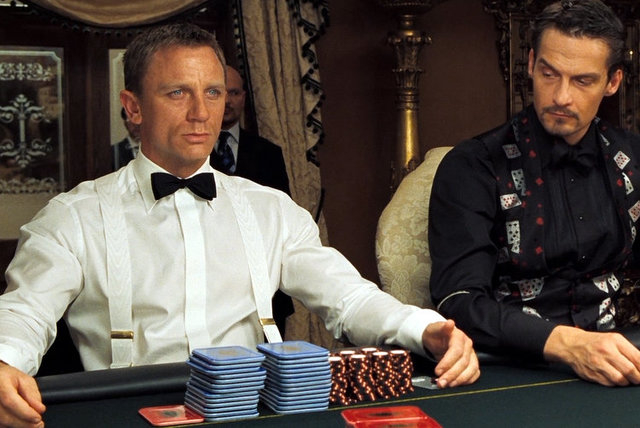 When a man and a woman get married, there are many differences they will have to address. One of the differences that often crops up is different movie preferences.

If you are a man whose wife generally disdains action films, here are three movies that will get your adrenaline up that she might not hate.

The previous James Bond movies had many strikes against them when it came to female audiences: lack of in-depth stories, brainless action and senseless violence. But perhaps the main reason the franchise struck out with so many women was the fact that none of the films featured strong female leads.

All of the women in the long running series of movies turned out to be nothing but conquests for Bond that he discarded without a second thought.

“Casino Royale” changed all of that.

The female protagonist of the film, Vesper Lynd, was nothing like the other females in the previous installments of the franchise. Instead, she was smart and every bit Bond’s equal. The exchange they have on a train is one of the best sequences in any of the 007 flicks.

With the introduction of a strong female character whom Bond deeply cares for, it is not surprising that the franchise picked up so many new viewers — many of whom were female.

According to OK.com, “Casino Royale” is appropriate for viewers 14 and up and received an 88 percent “Worth Your Time” rating.

When it comes to movie adaptations of comic books, there are many competing viewpoints. Anyone courageous enough to undertake such ventures is subject to the wrath of ardent fans of the print versions.

While there is much to debate about what makes a good comic book film, it’s safe to say that the genre is usually short on romance.

“The Amazing Spider-Man” and its successor are two exceptions to that general rule.

If your wife is a fan of romantic comedies or dramas, there is a good chance she will identify with the palpable chemistry that exists between Andrew Garfield (Spider- Man) and Emma Stone (Gwen Stacey). In fact, the pair’s relationship may be the biggest draw of the films.

According to OK.com, “The Amazing Spider-Man” is appropriate for viewers 12 and up and received an 89 percent “Worth Your Time” rating.

Does your wife complain that action movies are brainless? If so, “Inception” might be a good choice for you.

The film is richly complicated and intricate. In fact, the whole film can be summed up by a statement by the protagonist of the film when he says, “What is the most resilient parasite? A bacteria? A virus? An intestinal worm? An idea. Resilient, highly contagious. Once an idea has taken hold of the brain it’s almost impossible to eradicate. An idea that is fully formed, fully understood. That sticks, right in there somewhere.”

Check out “Inception” to fuel your need for action but also engage your mind. The whole film is fascinating, and the final scene is sure to leave you both thinking and talking for long periods after.

According to OK.com, “Inception” is appropriate for viewers 14 and up and received a 93 percent “Worth Your Time” rating.

Dylan Cannon is a regular KSL.com and OK.com contributor and can be reached via Twitter @DylanCannon11 or by email at DylanCannon86@gmail.com.