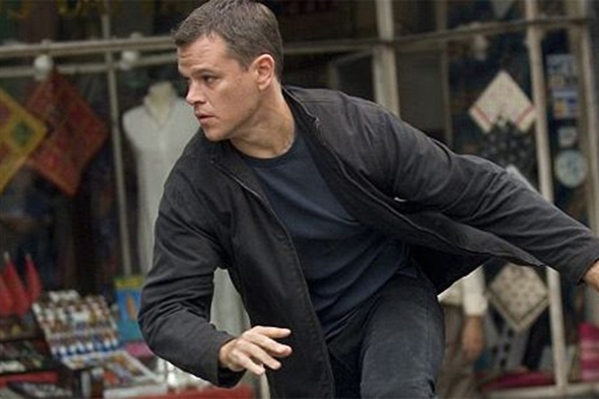 Just as Sean Connery marked his return to James Bond duty in a made-in-Vegas movie (1971’s “Diamonds Are Forever”), Matt Damon will visit Vegas when he returns to the spy-movie spotlight as Jason Bourne.

The as-yet-untitled Bourne sequel, now filming in Europe, is scheduled to conclude production in Las Vegas in January.

In addition to Damon (back as the Robert Ludlum-created character for the first time since 2007’s “The Bourne Ultimatum”), returnees include co-star Julia Stiles and director Paul Greengrass, who collaborated on the sequel’s script with Damon and Christopher Rouse.

New additions to the cast include “Ex Machina’s” Alicia Vikander (soon to be seen in “The Danish Girl”), Tommy Lee Jones (as Bourne’s CIA counterpart) and, as the villain, Vincent Cassel.

The latest Bourne adventure takes place in a “post-Snowden world,” primarily in an “austerity-riddled Europe,” with a focus on spying on the public and civil liberties, Damon said while promoting his current sci-fit hit, “The Martian.”

Little surprise, then, that the sequel’s pre-Vegas locations include austerity-riddled Greece. Of course, Damon also knows his way around Vegas, having been one of the “Ocean’s Eleven” gang in 2001 (and the 2004 and 2007 sequels).

In the new Bourne movie, the former amnesiac assassin “has his memory back, but that doesn’t mean he knows everything,” Damon told The New York Daily News. “It’s 12 years since Jason Bourne has been on the grid. So we have to answer the questions, ‘Where’s he been? What’s he doing? What gets him going again?’ So once we solved all that, then we had a movie.”

And while the new movie doesn’t have a title, it does have a release date: July 29, 2016. Mark your calendars.