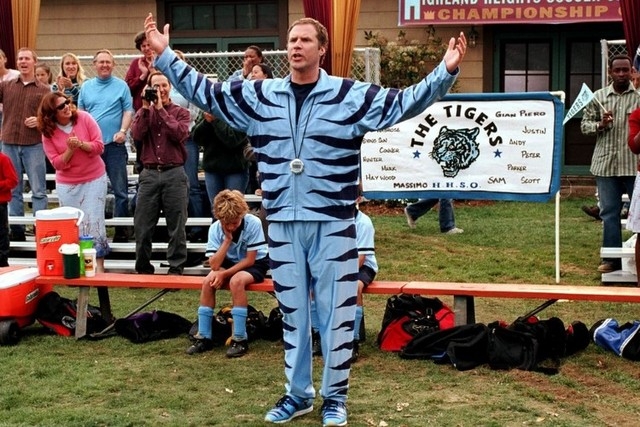 After an intense morning of soccer, with the United States men’s national soccer losing to Germany, but advancing to the next round because of Portugal’s 2-1 win over Ghana, here are three movies to settle your nerves and uplift your spirits about arguably the most popular sport in the world.

World War I (1914-1918) will forever be associated with images of countless lives that were literally ended or destroyed by bullets and bombs. Inhumanity and brutal violence were a real part of daily life for millions of people across the world. In just four years, the war accrued over 37 million casualties.

Despite the abhorrent bloodshed, goodness and hope were still prevalent. A prime example of this is what is now known as “The Christmas Truce.” On Christmas Eve and Day in 1914, numerous platoons called for a ceasefire and commiserated with opposing forces bearing gifts and even engaging in soccer matches. “Joyeux Noel” is a film based on these events that captures the humanity and light in a dark time in the world’s history. While it is not a soccer film per se, the scene where opposing soldiers lay aside differences and play a friendly match of soccer powerfully displays the film’s overall message of universal brotherhood.

“Joyeux Noel” is a foreign film with subtitles and would probably warrant a PG-13 rating in the United States.

Soccer, like any sport, can make people do crazy things. In “Kicking and Screaming,” Will Ferrell plays Phil Weston, a dad who is forced into coaching his son’s Little League soccer team. When Phil finds out that his ultra-competitive father Buck (played by Robert Duvall) is coaching in the same league, Phil decides to do whatever it takes to win the championship and win his father’s respect.

In order to do so, Phil brings in some Italian ringers whom he advises every other kid on the team to pass to on every possession. With the newfound talent, the team goes on a long winning streak but Phil’s obsession makes the season painful for everyone — including his son. Phil has to face the reality that “winning” as he sees it might actually cost him everything important. Without giving away too much, the film (though mostly lighthearted) has some good messages about the importance of father and son relationships and focusing on what really matters in life.

“Kicking and Screaming” is rated PG, though it does contain some crude elements.

Four decades after the events that are depicted in “Joyeux Noel,” Germany was reeling from another major world war. With the fall of the Hitler regime and the country still divided by East and West, Germany was in a period of rebuilding and putting together the rubble that World War II left. In “Das Wunder von Bern” (“The Miracle of Bern”), Richard Lubanski has been released by the Soviets after spending over a decade as a prisoner of war. Upon arriving home, Richard finds that much has changed with his family and in his country. Struggling to cope with these changes, Richard becomes depressed and upset about his youngest son, Matthias, idolizing a local soccer player.

Eventually his attitude begins to change, however, and he takes his son to see the severe underdog West Germany squad play against powerhouse Hungary for the World Cup championship. “The Miracle of Bern” depicts how soccer was able to be a beacon of hope and unity for a country in a deep transition. Ironically, the movie might leave its viewers hopeful that the United States could complete a similar upset against the German team.

“The Miracle of Bern” is a foreign film and has subtitles. The content of the film would probably receive a PG rating in the United States.

Dylan Cannon is a regular OK.com and KSL.com contributor. He can be reached via email at dylancannon86@gmail.com.