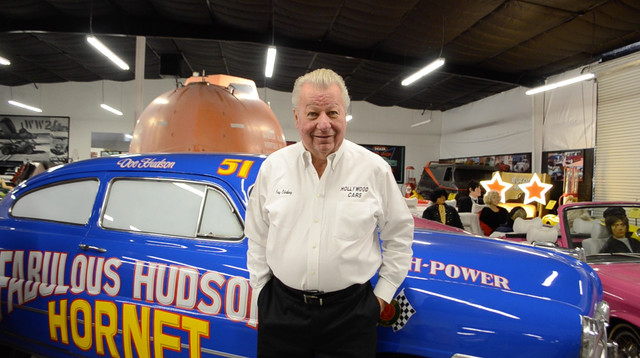 Legendary movie and television concept car designer Jay Ohrberg plans to create a one-of-a-kind car in his studio in the back of the Hollywood Car Museum at Hot Rod City, 5115 Dean Martin Drive. Ohrberg holds the world record for the longest limousine with the 100-foot-long American Dream, and he intends to top it. (Ginger Meurer/Special to View)

LOS ANGELES — Hollywood has not meaningfully increased the number of minority characters on the big screen and Hispanics were the most underrepresented in films, a study released on Monday said.

About three-quarters of film characters were white last year, which was in line with annual totals over the previous five years, according to the study, conducted by the University of Southern California’s Annenberg School for Communication and Journalism.

But in its evaluation of 3,932 speaking characters in 100 films from last year, researchers determined that 5 percent of characters on screen were Hispanics compared with 17.1 percent of the U.S. population in 2013, according to government figures.

“Hispanics and Latinos are one of the fastest-growing groups in the U.S.,” Marc Choueiti, an author of the study, said in a statement. “If popular films were the only way to gauge diversity, viewers would be completely unaware of this. Individuals from this group are almost invisible on screen.”

Furthermore, the study found that Hispanic men and women were the most sexualized group in Hollywood, with 37.5 percent of female characters shown partially or fully naked, and 16.5 percent of males portrayed in revealing or tight clothing.

But only five of the 107 directors credited in the movies examined were black, the study found. Black directors, who were all male, were also more likely to direct black actors.

The study faulted Hollywood for not changing the representation of minorities in line with demographic changes in the United States, where nearly half of children younger than five are not white.

“Despite the demographic changes at work in the U.S., films still portray a homogenized picture of the world,” the study said, adding that the findings “illustrate how existing cultural stereotypes may still govern how characters from different backgrounds are shown on screen.” (Reporting by Eric Kelsey; Editing by Piya Sinha-Roy and Steve Orlofsky)