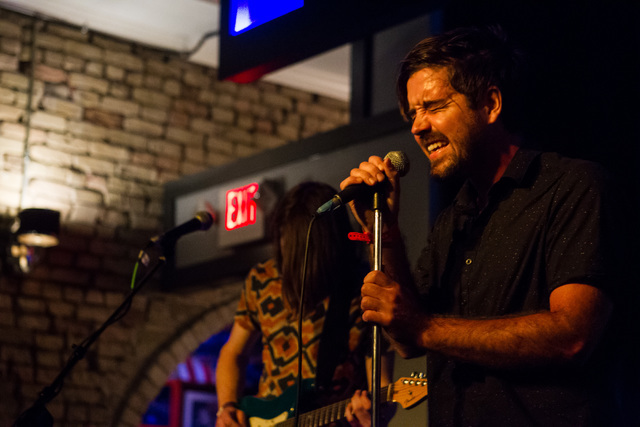 The Rusty Maples show at the Bunkhouse on Saturday was supposed to be an album release party for “Detach.” Instead, the show will be a fundraiser to finish the record (the band’s best work to date). Shayna Rain and Failure Machine fill out the bill. Tickets are $5, and the show is at 10 p.m.

If you dig gritty, bluesy bare-bones rock, don’t miss Thursday’s free show at Brooklyn Bowl. The Stone Foxes from San Francisco share a bill with Cameron Calloway, one of the most soulful singers in Las Vegas. The show starts at 8 p.m.

Built around the resonant vocals of keyboardist Anthony Farrell, the Greyhounds’ beguiling brand of soul will have you smiling all night Thursday at the Bunkhouse. The show is $10 and starts at 8 p.m.

If you missed the Melvins at this spring’s Neon Reverb, you’ll have another chance to see Buzz Osborne and company Wednesday at Backstage Bar & Billiards. Tickets are $20, and the show starts at 8 p.m.

Low on cash? Feeling like you have to decide between buying drinks or checking out a show? No need to choose. You can catch Damage Inc. and Just Like Priest paying tribute to awesome metal (Metallica and Judas Priest) for free Saturday at Count’s Vamp’d. The show starts at 10 p.m.