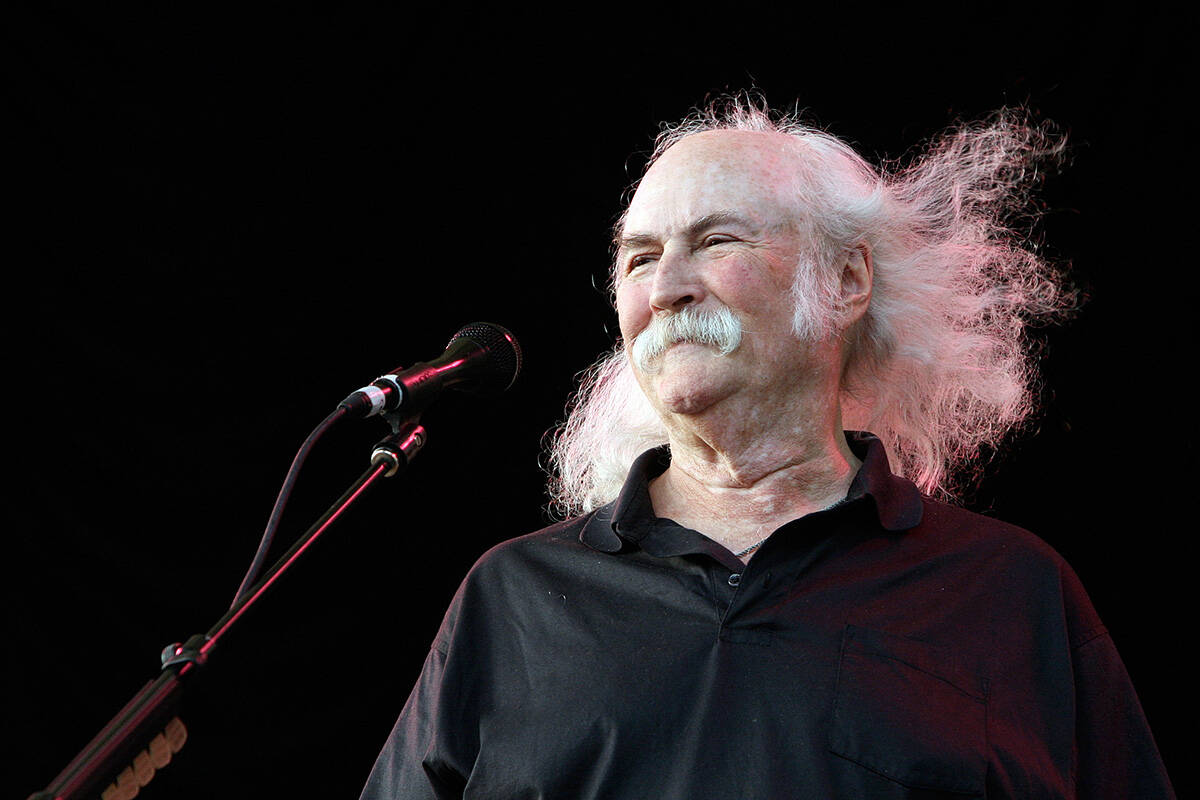 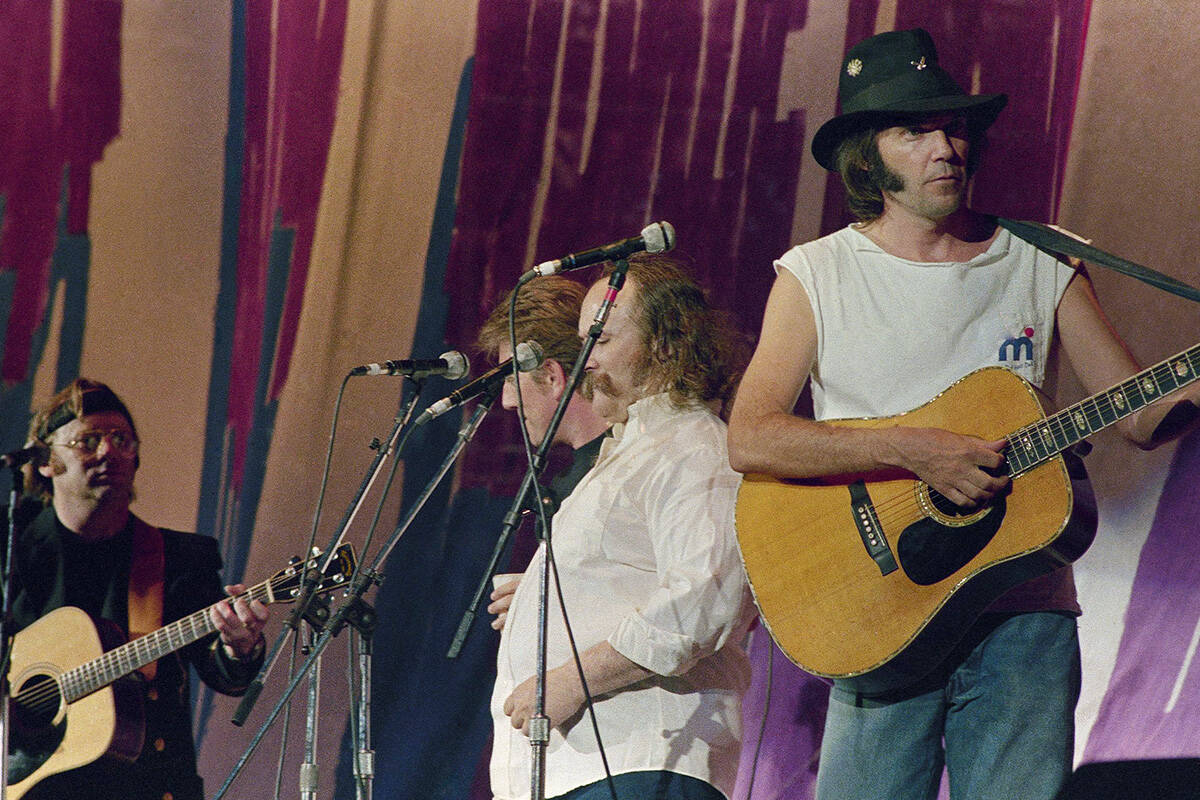 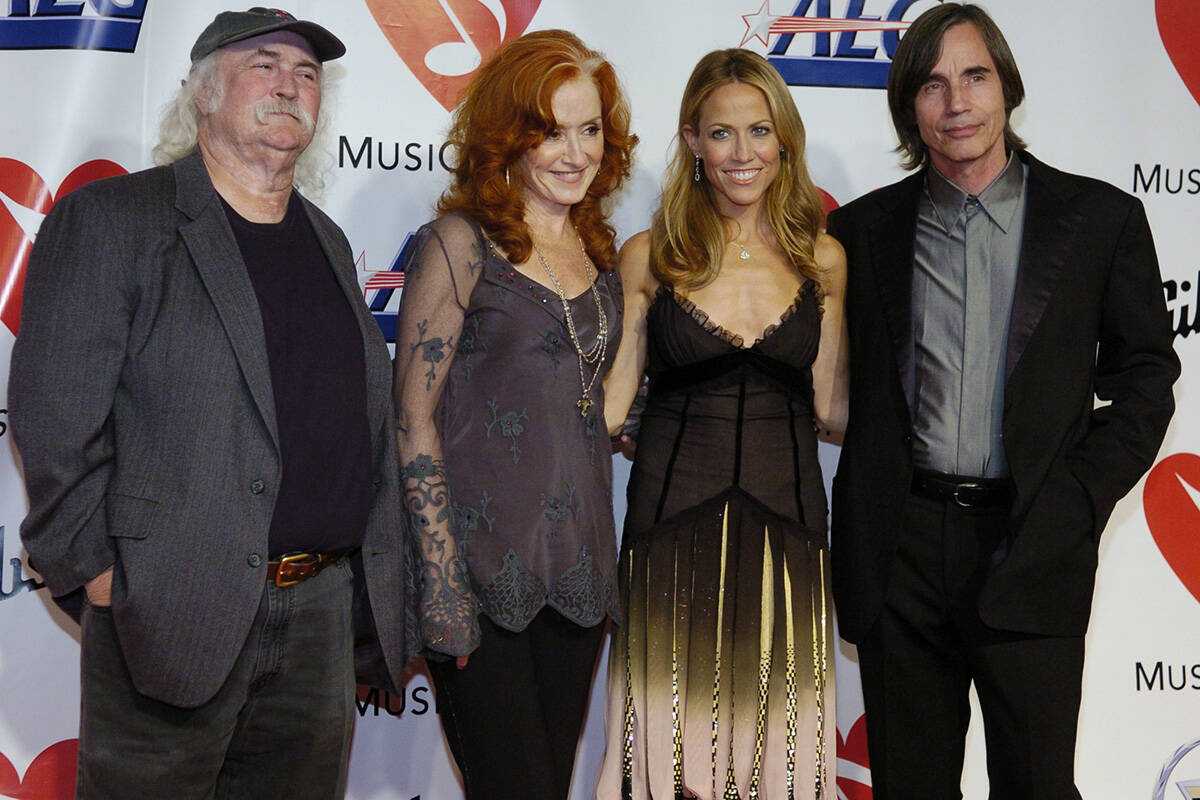 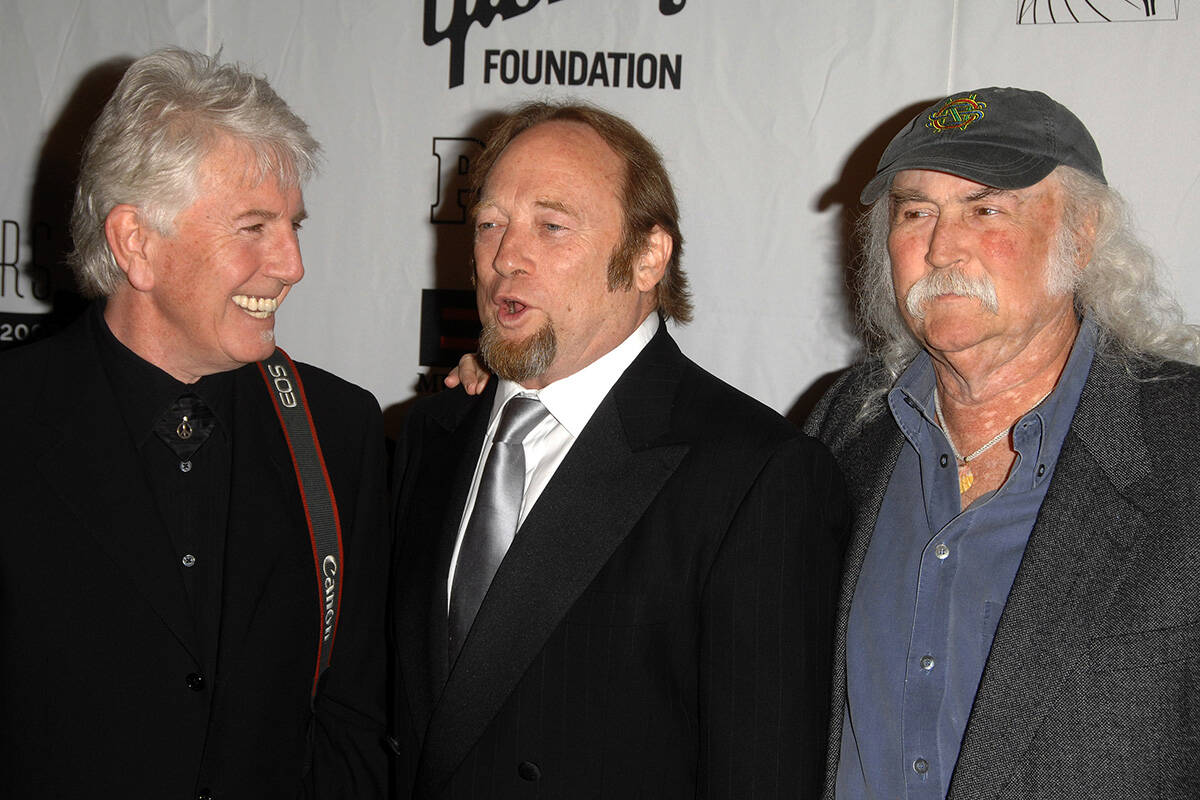 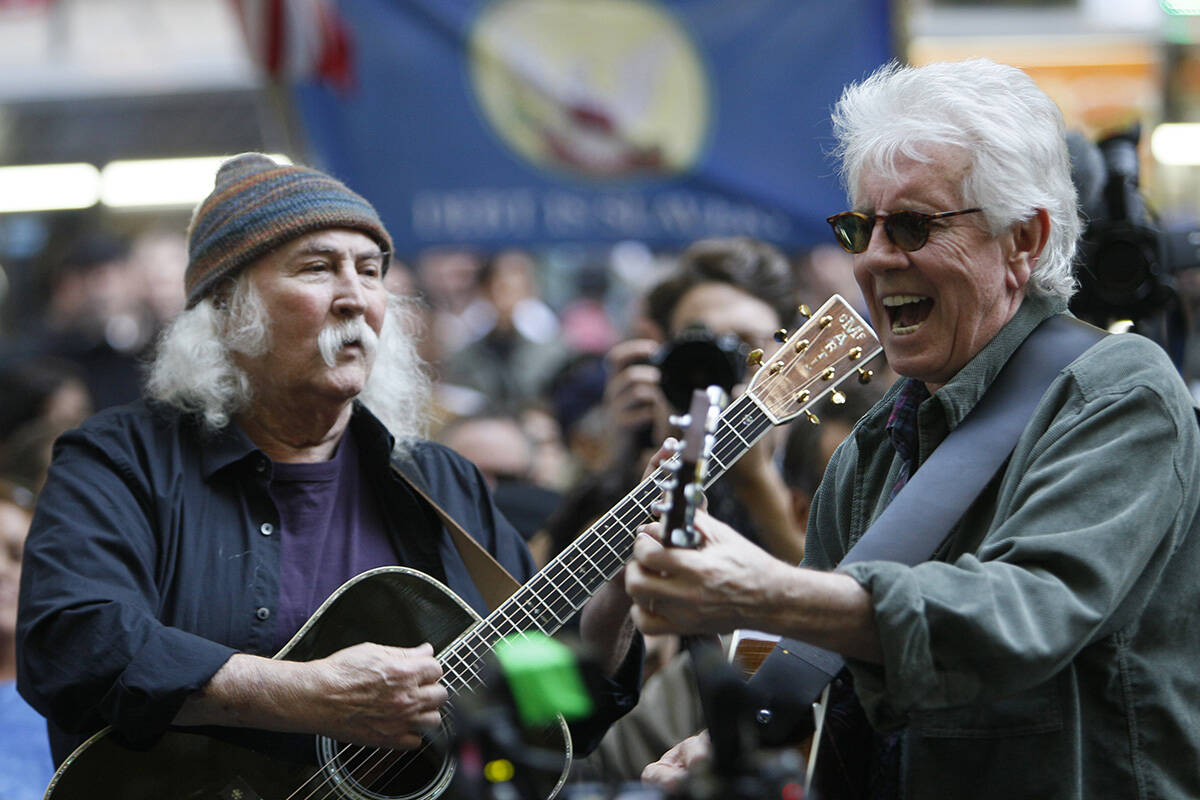 FILE - In this Nov. 8, 2011 file photo, singers David Crosby, left, and Graham Nash perform at the Occupy Wall Street encampment at Zuccotti Park in New York. Music is woven into the fabric of Occupy Wall Street, much like when civil rights protesters sang "We Shall Overcome" or 1960s demonstrators heard "Blowin' in the Wind" or "Give Peace a Chance." Crosby and Nash's manager sent an email to Occupy Wall Street's website asking if the musicians could perform. (AP Photo/Mary Altaffer, file) 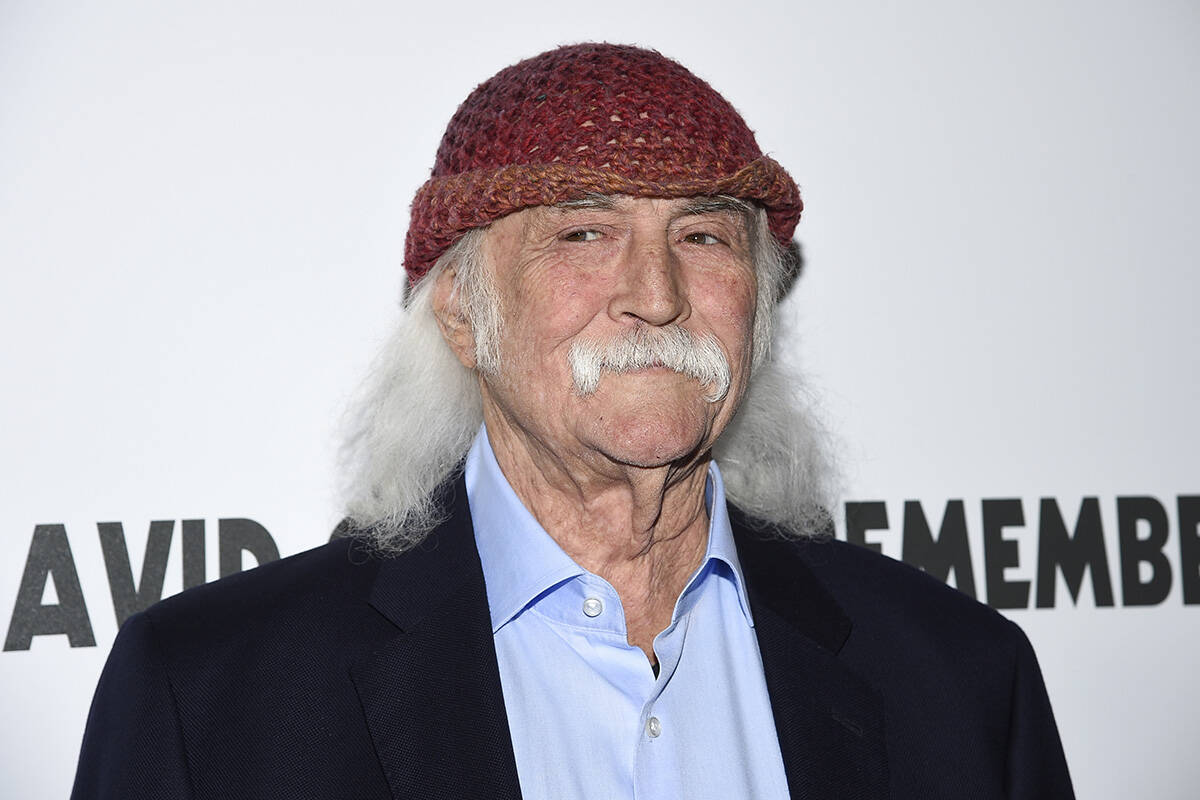 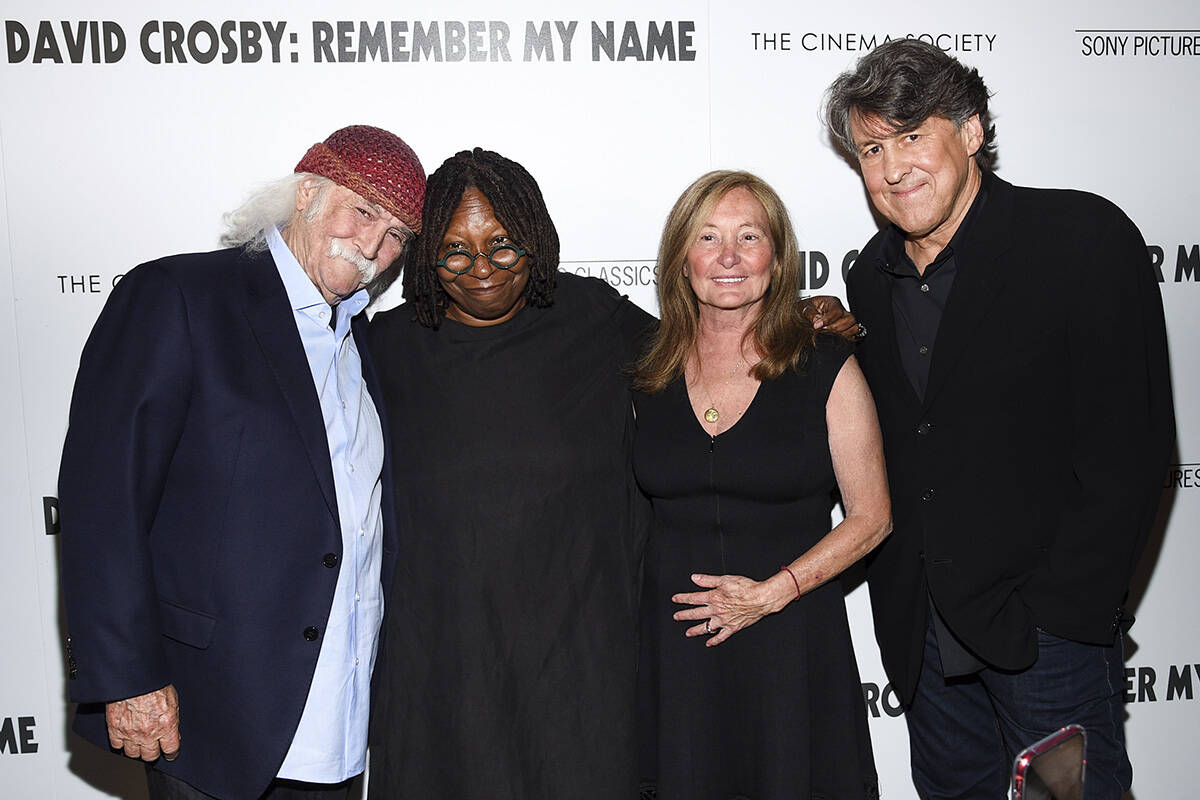 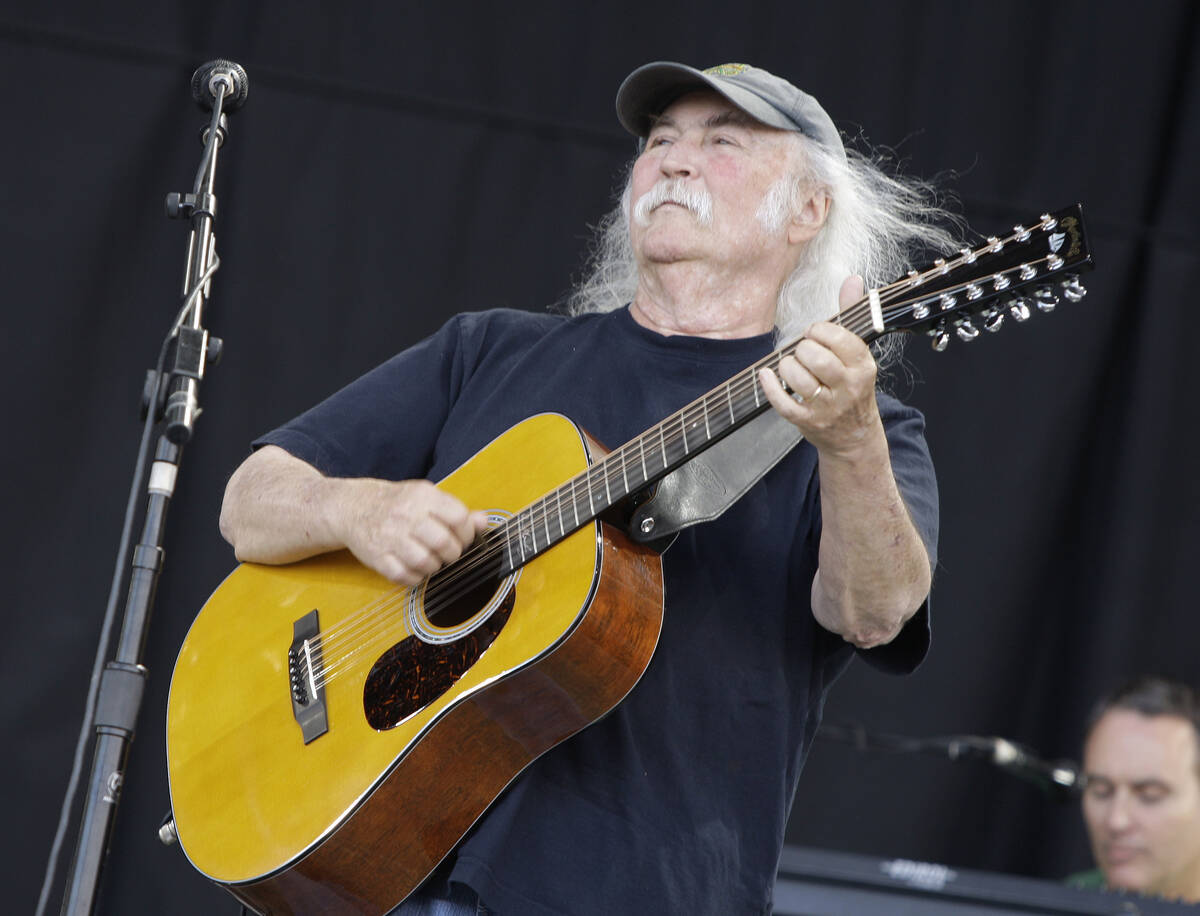 David Crosby performs at the Glastonbury Festival in England on June 27, 2009. Crosby, the brash rock musician who evolved from a baby-faced harmony singer with the Byrds to a mustachioed hippie superstar and an ongoing troubadour in Crosby, Stills, Nash & Young, has died at age 81. His death was reported Thursday, Jan. 19, 2023, by multiple outlets. (AP Photo/Joel Ryan, File)

David Crosby, the influential singer-songwriter and two-time Rock and Roll Hall of Famer, has died. He was 81.

Crosby was known for being a founding member of two legendary ’60s rock groups, The Byrds and Crosby, Stills & Nash (later Crosby, Stills, Nash & Young), both of which made it into the Rock and Roll Hall of Fame.

His wife, Jan Dance, confirmed the news of his passing in a statement made on Thursday that read, “It is with great sadness after a long illness, that our beloved David (Croz) Crosby has passed away,” per Deadline.

“He was lovingly surrounded by his wife and soulmate Jan and son Django,” the statement noted, though no official cause of death was revealed.

“Although he is no longer here with us, his humanity and kind soul will continue to guide and inspire us,” the message went on. “His legacy will continue to live on through his legendary music.”

“Peace, love, and harmony to all who knew David and those he touched. We will miss him dearly.”

The statement concluded, “At this time, we respectfully and kindly ask for privacy as we grieve and try to deal with our profound loss. Thank you for the love and prayers.”

The news likely comes as a surprise to Crosby’s Twitter followers, as the musician remained active on his account as recently as the day before he died.

Last month, Crosby changed his mind on touring, telling his Twitter followers that he wanted to go “back out to play live,” though he ultimately wasn’t able to.