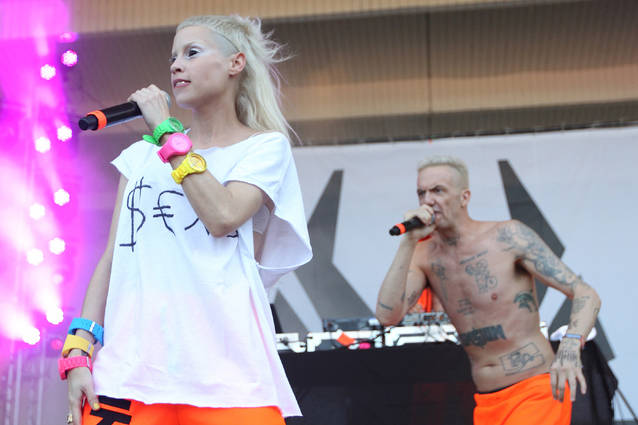 An old video has led to new controversy for South African electro-hip-hoppers Die Antwoord, and they appear to have lost a slot on one of Las Vegas’ biggest festivals because of it.

Die Antwoord also has been dropped from other festivals following the release of the video, shot in 2012, that depicts the group allegedly directing homophobic slurs at an openly gay musician.

A Life is Beautiful publicist did not immediately respond for comment, but it seems safe to say that Die Antwoord will not be a part of this year’s fest.