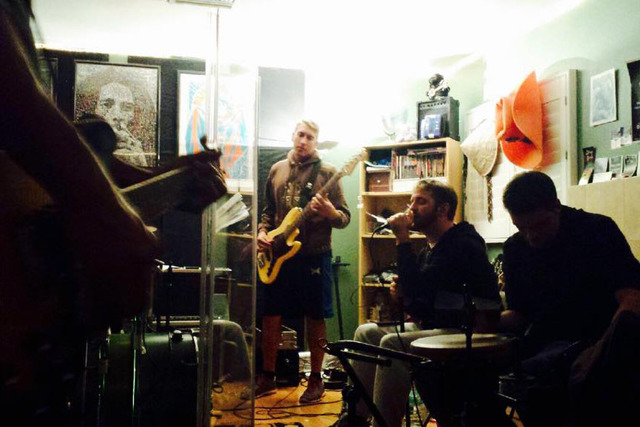 What Vegas band might you be hearing on the radio in the near future? Read on and find out in the latest roundup of local music releases:

Various Artists, “Skilluminati The Campalation”: For more than a decade now, Campfire Music not only has stoked the flames of the Vegas hip-hop scene, they’ve provided the kindling for many of its brightest blazes.

This 23-track compilation offers a survey of the label’s deep, diverse roster of talent. Plenty of standouts here, beginning with Samson, one of Campfire’s go-to guys for years now, who torches pretenders over some pulsating organ licks on “You Wanna Get On.” Similarly inspired is Mr. Ebanes, who boasts of “movin’ minds above the average records being made” on jazzy vamp “Real Emcee.”

This bunch would sound right at home on commercial airwaves with their earnest, well-executed attempts at locating the silver lining in just about any cloud.

Burrus is a big-voiced frontman, and he needs the lung capacity to power himself over Jason Juandines’ muscular guitar playing. Paper Tigers temper such bombast with three- and four-part harmonies and occasional detours into funk (“Flock Fools”) and slow-burn power balladry (“Everbright”).

This is music for the masses, not music critics, but even the latter can acknowledge the band’s chops.

Spiritual Shepherd, “The Monkey’s Paw”: The song titles here are frequently suggestive of otherworldly domains — “Milky Way,” “It Came From the Sky,” “Interstellar Superhighway” — but the tunes themselves are firmly terrestrial: They’re meant to rumble the earth beneath your feet.

Their focus is mainly on bottom-heavy doom that often surges into a head bobbing gallop, though they delve into post-rock atmospherics on “The Mountain Told Me So” and some full-contact funk on closing track “Zero-G Jugs.”

Yeah, their heads may be in the clouds, but their feet are planted firmly on their distortion pedals.