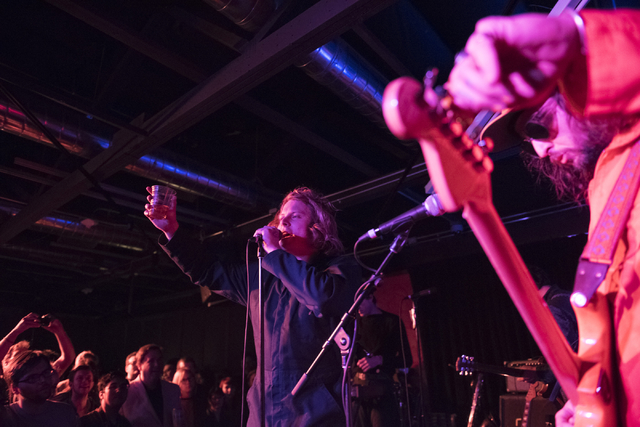 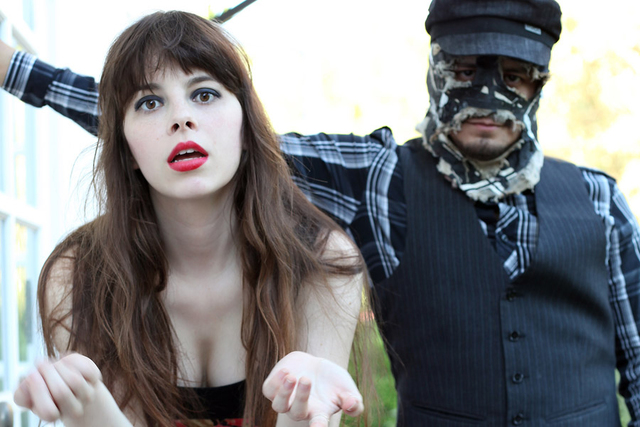 Garage rockers Le Butcherettes are among the acts booked for Neon Reverb 2017. (Courtesy)

Bang The Drums, a leaner, meaner Neon Reverb is back.

Vegas acts, which generally make up over half the lineup, will be announced at a later date. Venues will include The Bunkhouse Saloon, which will be outfitted with a second, outdoor stage, Backstage Bar & Billiards, Beauty Bar, 11th Street Records, Velveteen Rabbit, Inspire Theater and a warehouse show in the Arts District.

The full lineup of bands announced thus far can be found at www.neonreverb.com, where tickets can also be purchased ($60 for a festival pass; $15 for individual shows, which go on sale later).

This year’s Neon Reverb will be the event’s second incarnation since returning last spring after a three-year hiatus.

“The biggest change is that this one will be smaller, a bit tighter,” fest booker Mike Henry says. “Last year, we wanted to throw a big party and really be celebratory about coming back. I think that the energy will be packed in a little bit more because there’s less venues and later starts.”

“While we’re trying to tighten things up, we’re aiming to grow,” says James Woodbridge, one of Neon Reverb’s founders. “We’re looking to include some new venues, expand to new areas, just not be an every venue, every night kind of thing. That’s sort of too much.”

Though Neon Reverb has featured indie heavyweights like Akron/Family, Melvins, Ty Seagall and The Walkmen in previous outings, and has booked its share of established acts this go-round, the fest continues to be defined more by a sense of discovery, landing of-the-moment bands before they break big.

“It’s always been one of our strong points in the past, getting the band before it blew up,” says Jason Aragon, another Neon Reverb founder. “I think the main goal of Neon Reverb has always remained the same, bringing good garage, indie, middle-tier bands to Vegas and spotlighting what we have here to the outside world.”

When Neon Reverb debuted in September 2008, the downtown music community had yet to develop into the hot spot that it is now, with mainstay the Beauty Bar and the previous incarnation of The Bunkhouse book-ending a comparatively sparse district.

“When we started this, there would be like one show in one place on one night downtown, and then maybe two shows in a weekend, if we were lucky,” Woodbridge says. “We looked at that and were like, ‘Well, that’s not where we want it to be. We want downtown and the music scene to do more.’ And so we created the festival to be like what a weekend should be like regularly.”

The times have since caught up with Neon Reverb, the seeds that the fest planted years ago blossoming into a vibrant music scene.

Neon Reverb’s return last year, then, was a welcome one.

“It was really nice to see that everybody remembered it as fondly and cared about it as much as I did,” says 11th Street Records owner Ronald Corso, who’s played a central role in garnering sponsorships for the festival. “Now, the job is to continue to build and make sure that six, seven years from now, there’s people who love it just as much as the people who loved the original iteration.”

The festival ranks have exploded throughout the country in recent years, developing into a circuit that often features many of the same acts.

Neon Reverb, by comparison, operates on a more grassroots level, overseen by the four principals aforementioned along with marketing head Graham Kar and, as such, is more reflective of its community.

If there’s no other city quite like Vegas, the same could be said of Neon Reverb.

“A lot of more traditional, big box festivals come in and just try to plop down a big name with million-dollar budgets and you can see that same festival in a million different cities,” Henry says. “Neon Reverb is only here.”