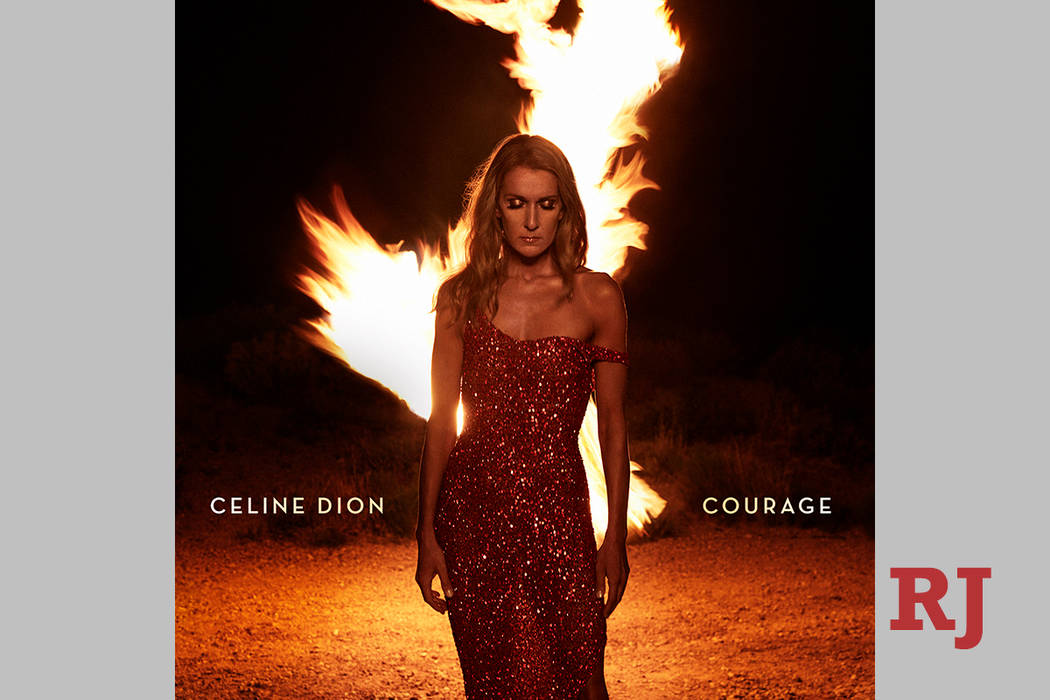 The search is officially over: If you’ve been wondering what the saddest song of 2019 is, we’ve found it. It’s on Celine Dion’s new album, “Courage.”

Track No. 11, “For the Lover That I Lost,” will have you weeping for two good reasons — one of the songwriters is Sam Smith, that master of grief, while the singer herself is still mourning twin deaths.

“I laid a dozen roses for the lover that I lost/I stand by all my choices even though I paid the cost,” Dion sings.

“Courage” is the former Las Vegas Strip headliner’s first English-language album since the passing of her husband, Rene Angélil, and brother, Daniel, only two days apart in 2016. Dion has dealt with the losses before on her French album “Encore un soir,” released seven months after the deaths, and this time she’s moving gingerly forward.

There are soaring ballads of lost love but mostly indicators of hope and perseverance, like when she sings “I’m flying on my own (on the wings of your love)” on “Flying on My Own” and on the title track, where she vows to keep going: “Courage don’t you dare fail me now.”

“I have missed you, so heavily/But the weight’s kind of lifting,” she sings on the gospel-tinged “I Will Be Stronger,” adding: “I don’t feel like giving up just because you climbed off.”

There are even stems shooting up new love — the ’60s throwback “How Did You Get Here” and the gentle piano ballad written by Skylar Grey called “Falling in Love Again.” The cover of the album shows Dion walking away from flames, her dress sullied, a woman bowed but not broken.

Since Dion isn’t a songwriter, it’s not always easy to know what she’s going through. But what she chooses to add her titanic voice can tell volumes. And the 16-track “Courage” is a very strong mature pop album with modern and EDM touches showcasing one of the world’s most jaw-dropping vocalists, this time often rawer than we are used to.

Dion is like a sonic chameleon that changes colors depending on who is nearby and this time Sia is around for two very Sia songs (“Baby” and “Lying Down” with David Guetta), but there are also offerings from such longtime collaborators as Liz Rodrigues and Jorgen Elofsson.

The standard edition album ends with the spacy, dark and melancholy “Perfect Goodbye” — and Dion even slips in the rare curse word. She’s angry. “Don’t need to understand if God’s got a plan/It’s out of our hands anyway,” she sings. We’re just glad her heart will go on.