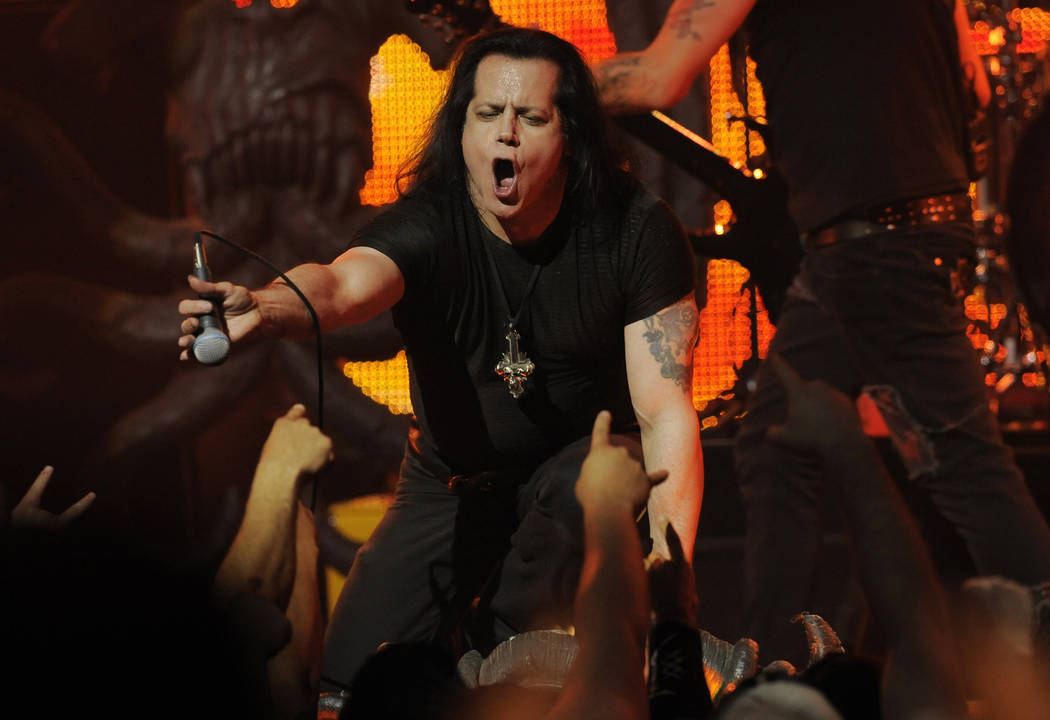 Glenn Danzig of The Misfits performs performs at the 2013 Revolver Golden Gods Award Show at Club Nokia on Thursday, May 2, 2013 in Los Angeles. (Photo by Chris Pizzello/Invision/AP) 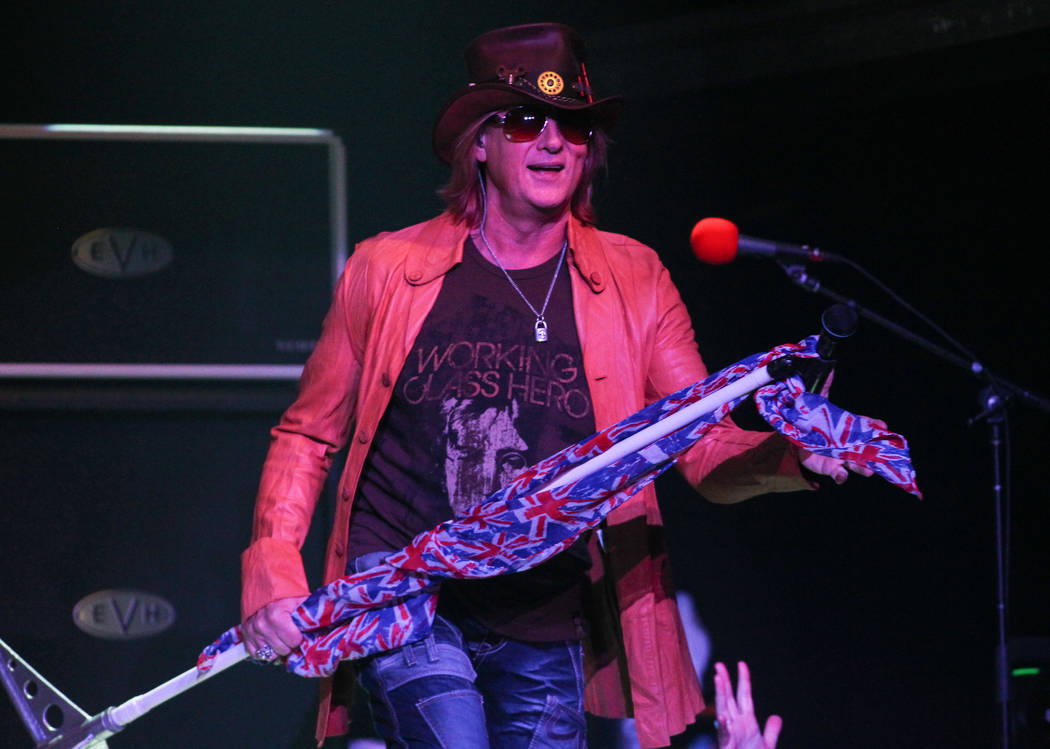 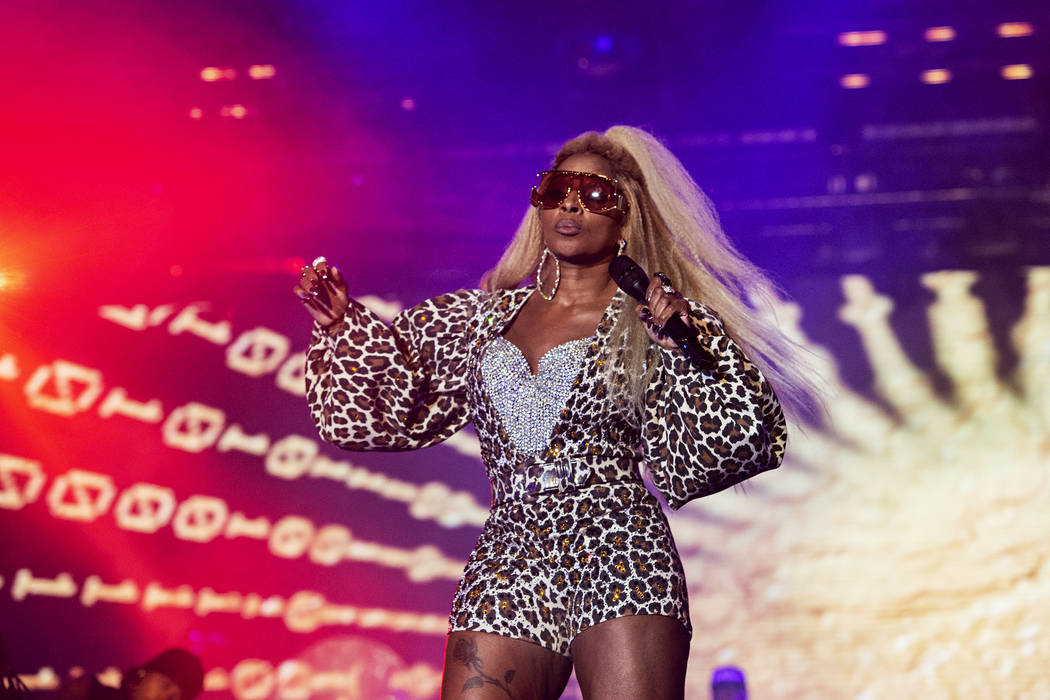 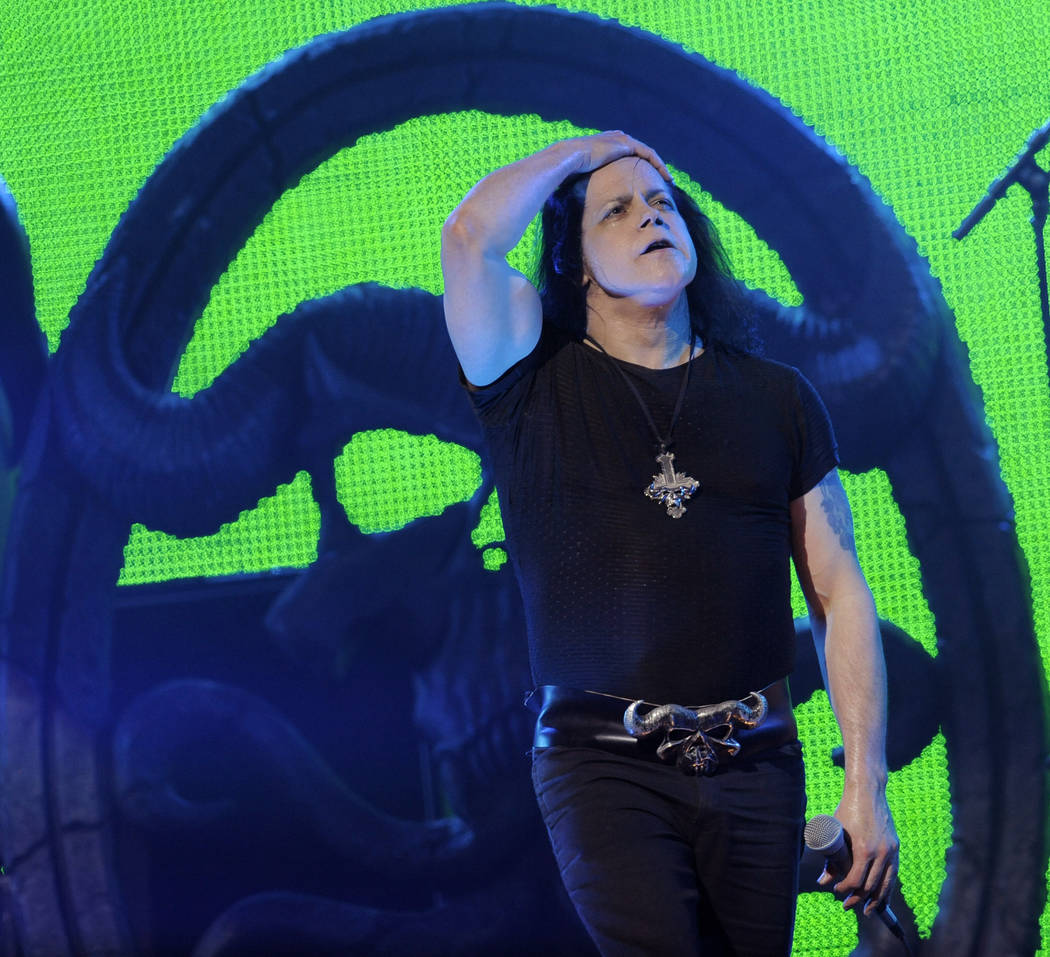 Danzig performs at the 2013 Revolver Golden Gods Award Show at Club Nokia on Thursday, May 2, 2013 in Los Angeles. (Photo by Chris Pizzello/Invision/AP) 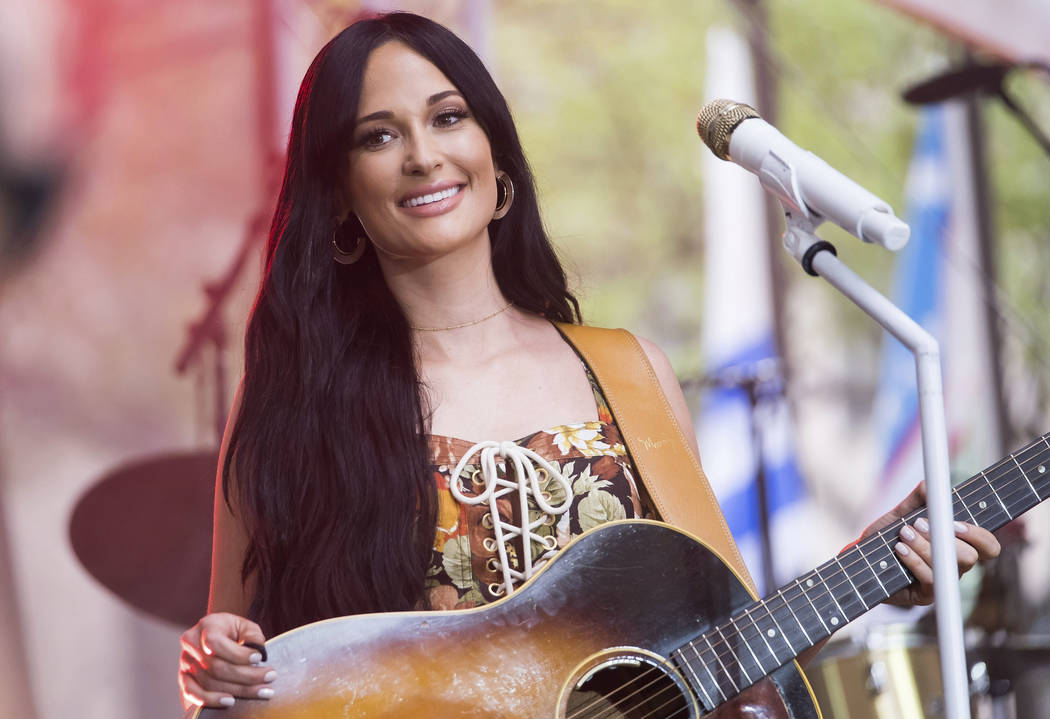 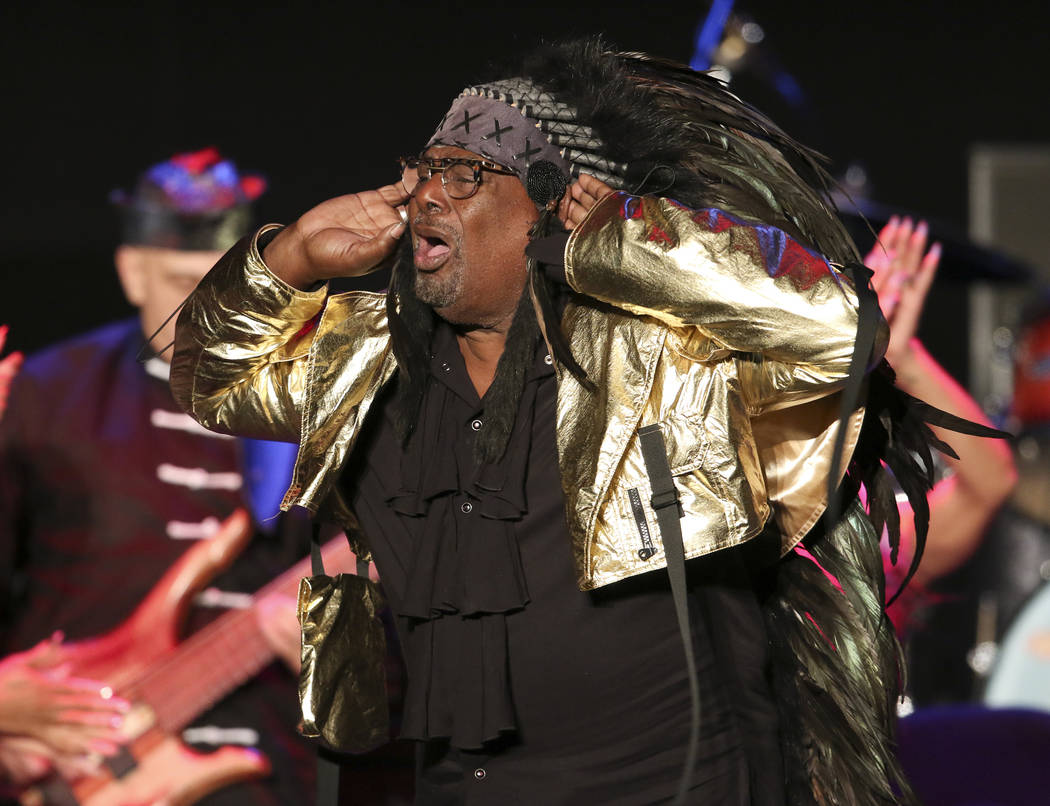 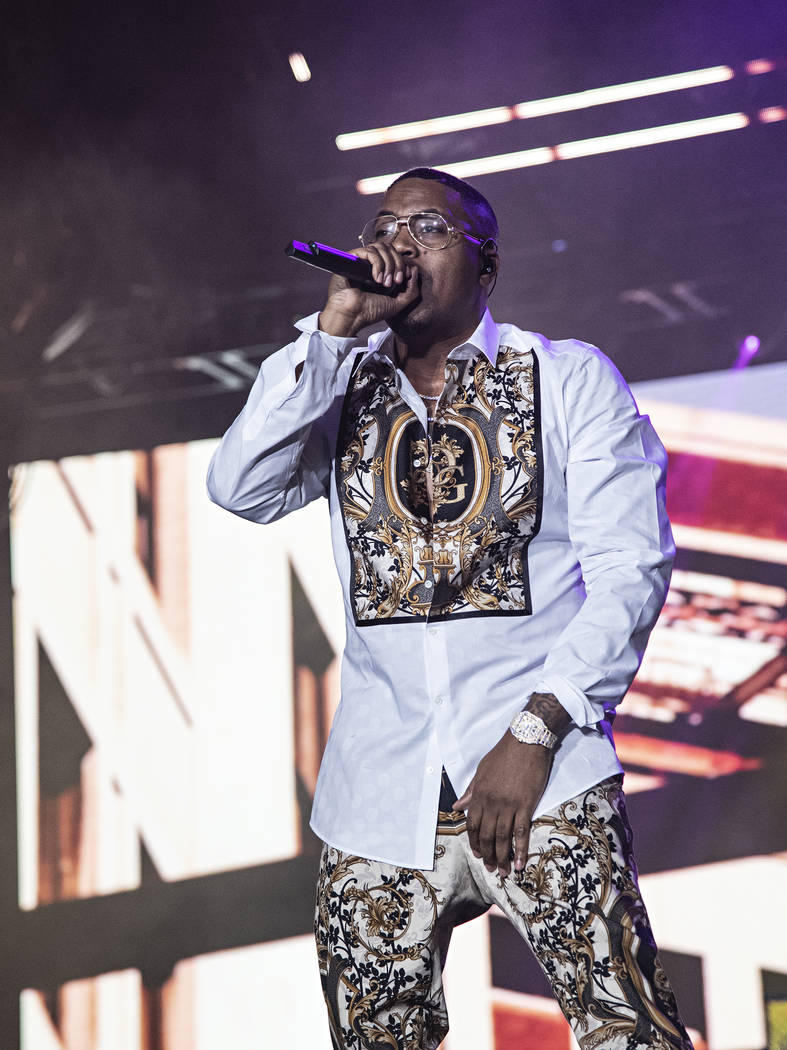 Nas performs at the 2019 Essence Festival at the Mercedes-Benz Superdome, Saturday, July 6, 2019, in New Orleans. (Photo by Amy Harris/Invision/AP)

From misfortune comes teenagers from Mars.

When Megadeth frontman Dave Mustaine was diagnosed with throat cancer in June, his band was forced to pull out of its headlining slot at this month’s Psycho Las Vegas.

The Misfits are the blood-red cherry atop the Psycho lineup, the festival’s deepest and most diverse yet. It runs the gamut from dance-punk (The Faint) to just plain ol’ punk (Bad Religion), death metal (Carcass) to Swedish prog (Opeth), avant-garde instrumentalists (Godspeed You! Black Emperor) to pysch-rock spine tinglers (The Black Angels), reactivated thrash veterans (Vio-lence) to Finnish black metal (Oranssi), and dozens upon dozens more.

In just four years, Psycho Las Vegas has become the most acclaimed heavy music fest in the country.

This year, the festivities move from the Hard Rock Hotel to Mandalay Bay, where they’ll span four venues from Aug. 15 to 19.

It’s the biggest music event of the month. Here’s a rundown of the rest:

On new record “The Lost Tapes II,” this New York City hip-hop titan compares himself to late jazz great Al Jarreau and then lives up to said boast by rhyming in unison with a trilling piano line, his voice rising and falling in sync with the scales being played. It’s an impressive encapsulation of a rap legend’s skill set, defined by virtuosity and vehemence in equal measure.

No f-f-f-foolin’, these British hard rock mainstays are back for another Vegas residency, swapping the Hard Rock Hotel for Planet Hollywood Resort this go-round. While the venue has changed, at least one thing will remain constant: Sugar shall be poured. You know, in the name of love and whatnot.

That venerable “Free Bird” takes a farewell flight on these Southern rock greats’ final tour. But what are drunk dudes going to call out for at concerts from here on out?

The Queen of hip-hop soul has long made a career out of finding the silver — and gold and platinum — lining to her struggles. “All those sad songs don’t break me, just gave me a record deal,” she sings on her truth-in-advertising latest single “Thriving.”

Aug. 18, Brooklyn Bowl at The Linq

The Mothership touches down one last time, as funk forebear/R&B extraterrestrial George Clinton is retiring from the road after 50 years and roughly 50 bajillion booties shook. The “Atomic Dog” isn’t done barking just yet …

“All I ever wanted was something classic,” this lavender-voiced, cosmopolitan country standout explains on latest album “Golden Hour,” delivering that of which she speaks on one of 2018’s best records.

This country kingpin titled his latest record, and 30th overall, “Honky Tonk Time Machine,” but you don’t need to keep trying to build one in your basement as long as Strait is still at it. So put away your tinfoil Stetson and just spring for tickets to this one already.

Brian Wilson and The Zombies

Architects of ’60s rock unite when Beach Boy Brian Wilson and British psych popsters The Zombies share the stage and an affinity for crafting indelible melodies. 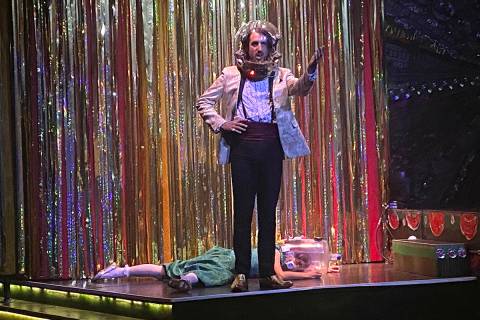 SPI Entertainment CEO Adam Steck says, “It’s a matter of being vigilant about the rules we’ve been given,” as COVID cases rise. 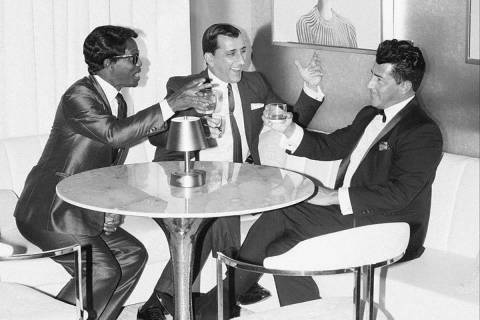 “Rat Pack Is Back” headlined several Vegas venues until moving to Tuscany five years ago.