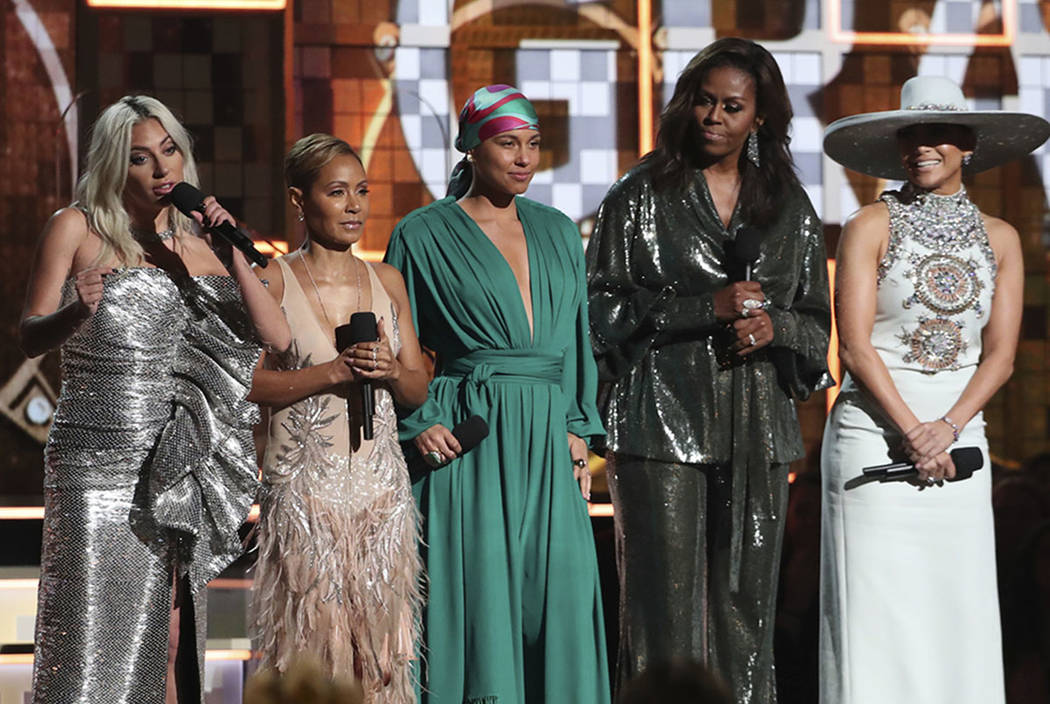 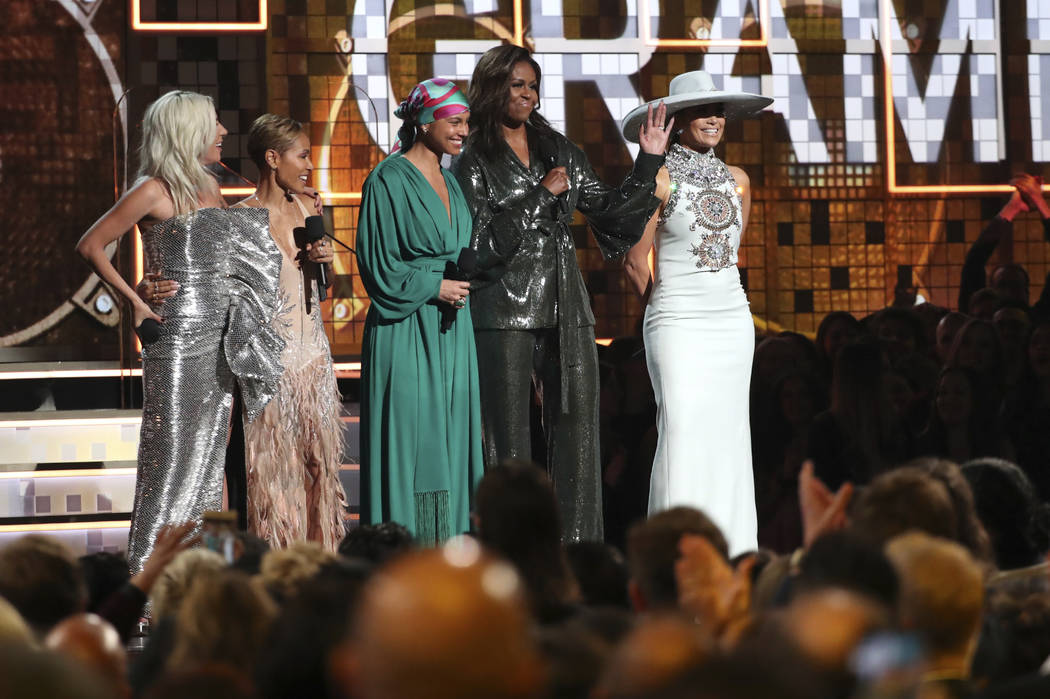 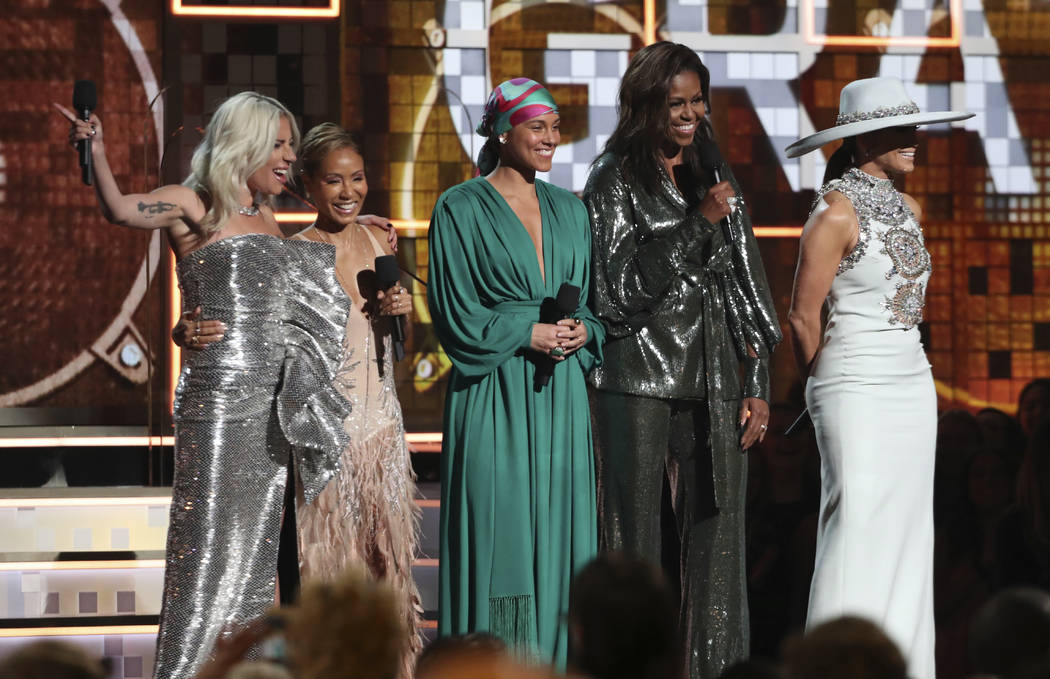 Host Alicia Keys during her opening monologue invited Lady Gaga, Jada Pinkett Smith and Jennifer Lopez to join her on stage at the Staples Center in Los Angeles to say what music meant to them.

Obama then appeared to even bigger screams than the stars already on stage got.

The former first lady talked about the Motown records that got her through her Chicago youth and said “whether we like country, rap or rock, music helps us share ourselves.”

The awards show, airing on CBS (KLAS-Channel 8), is taking place at the Staples Center.