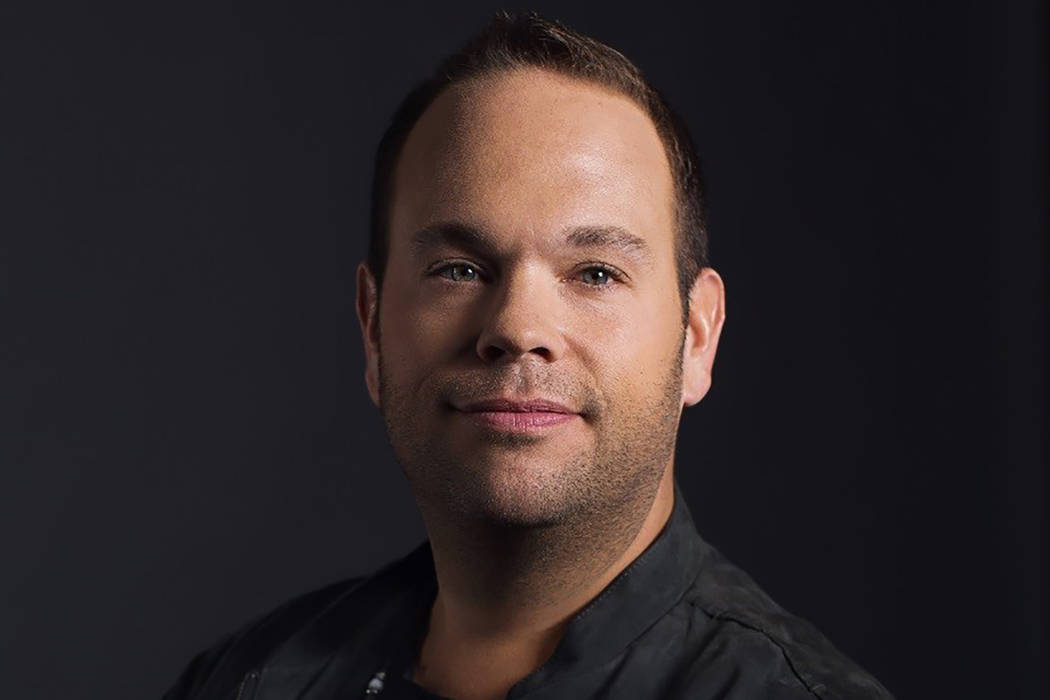 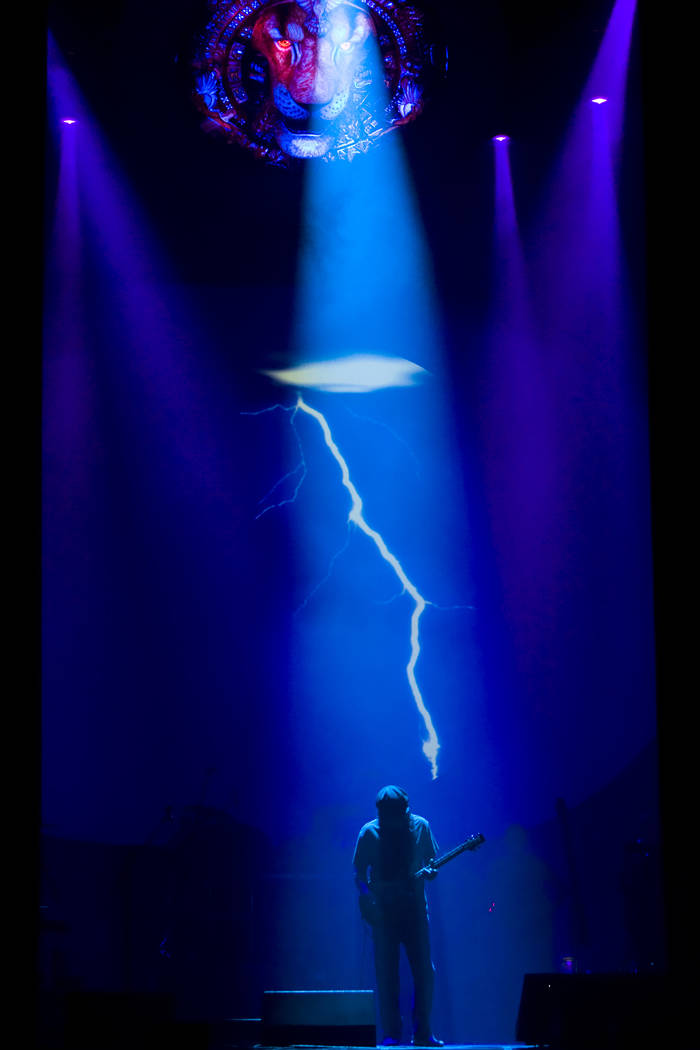 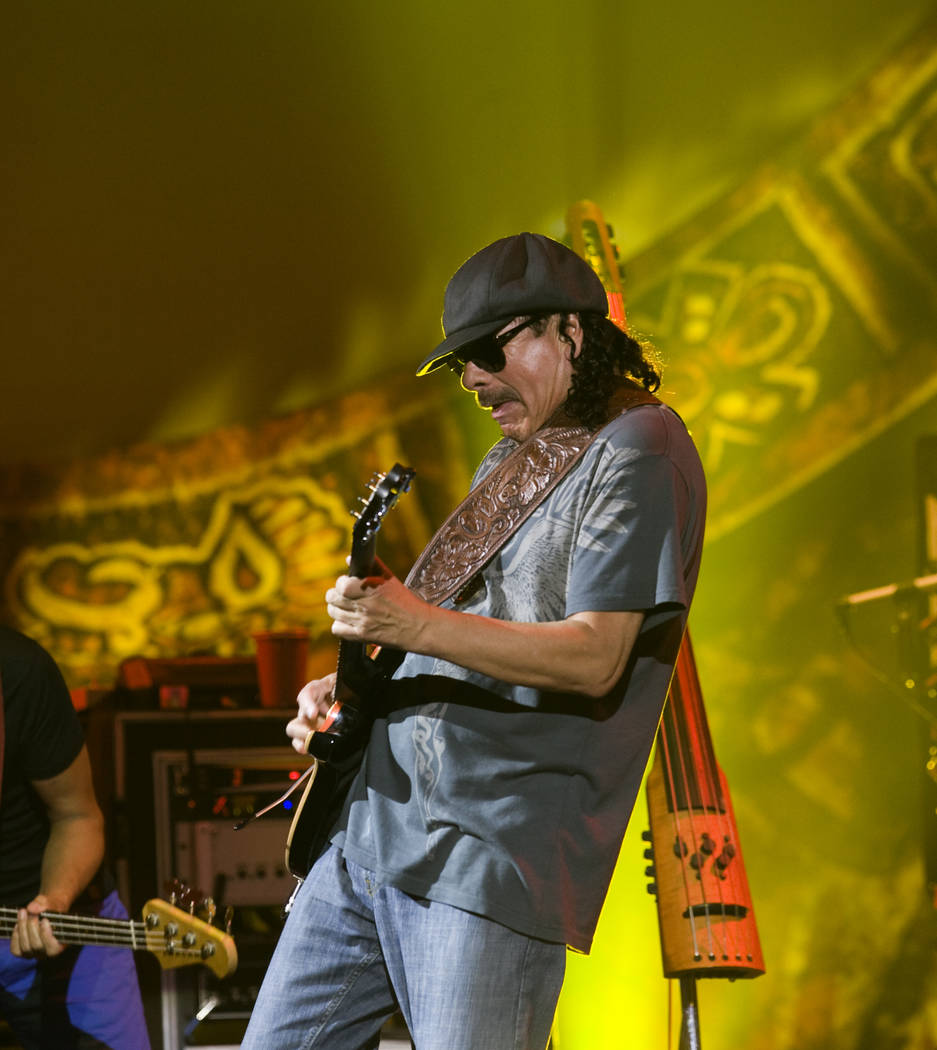 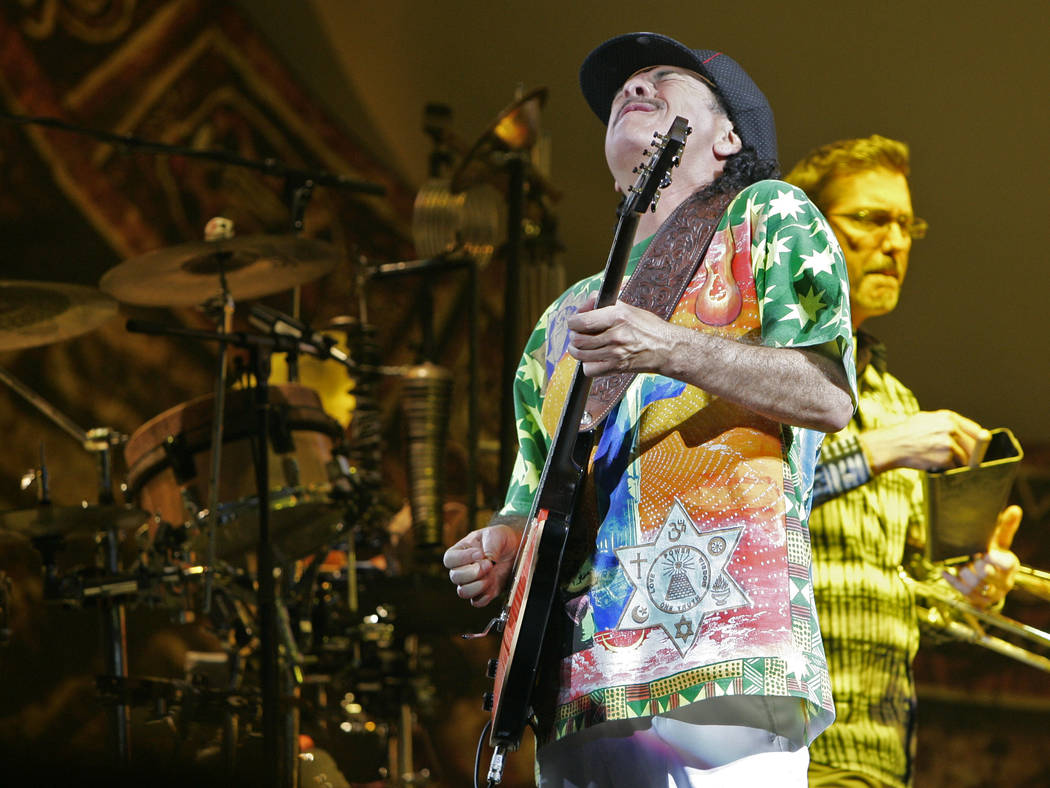 DUANE PROKOP/LAS VEGAS REVIEW-JOURNAL Carlos Santana performs on the opening night of his new show, "Supernatural Santana-A Trip Through the Hits" at The Joint concert venue inside the Hard Rock hotel-casino Wednesday, May 27, 2009, in Las Vegas. 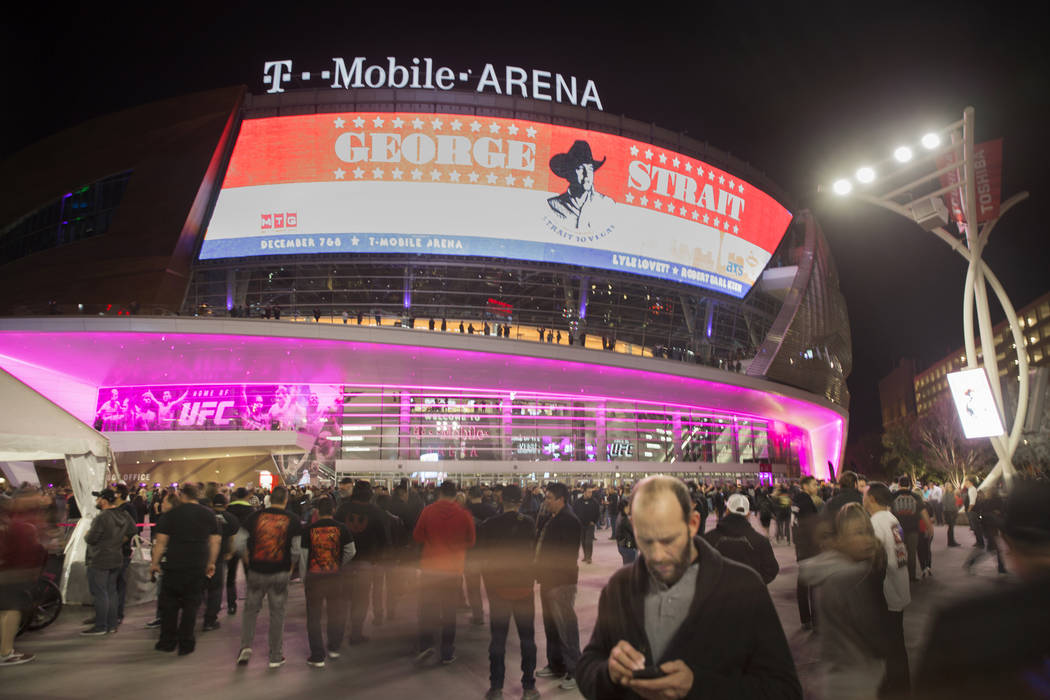 Concertgoers line up outside T-Mobile Arena before the start of the Metallica show on Monday, Nov. 26, 2018, in Las Vegas. Benjamin Hager Las Vegas Review-Journal

It all began in earnest with a ska band lured to play to a small, private military college in Vermont 24 years ago.

It was 1995, and Bobby Reynolds was a student at Norwich University, the oldest institution of its kind in the country.

“I didn’t know what student activities was, but I knew it was better than washing dishes,” Reynolds says. “So I booked some movies and then started booking some comedians. In no time at all, I had a comedian or a band playing every single week in Northfield, Vermont. And I loved it. It was negotiating and (talking), so I knew I was going to be good at it.”

Before long, Reynolds landed his first big show, recruiting the Mighty Mighty Bosstones for a gig in a town with a population of 6,000.

“Nothing but tenacity had me book the Mighty Mighty Bosstones, who were a legit deal back in ’95,” he says. “That was my first legitimate show. That one will always have a place in my heart. I still have the laminate that I made from a copier and a laminate machine.”

Reynolds, a gregarious presence who tends to talk to you like an old college buddy, shares the memory from the conference room at AEG Presents Las Vegas, where he’s senior vice president.

Since relocating here in 2005 after stints working in Myrtle Beach, South Carolina, Chicago and Los Angeles, Reynolds has booked the new and old incarnations of The Joint as well as the Colosseum at Caesars Palace until earlier this year and brought shows to venues all over town, from T-Mobile Arena to the Encore Theater at Wynn Las Vegas.

In 2009, he helped usher in a new era of Vegas residencies by bringing Carlos Santana to The Joint.

“Hey man, I’m not the coolest guy, but you know what? I booked the first rock ’n’ roll residency in Las Vegas,” Reynolds grins. “That’ll be on the tombstone for sure.”

With 2019 coming to a close, we sat down with Reynolds to reflect on the year that was for the Vegas concert industry, highlighted by the continued development of the festival and residency markets.

Review-Journal: Not that long ago, when it came to Vegas residencies, it was artists decades into their careers. Now we’re seeing artists such as Lady Gaga and Bruno Mars coming here in their prime. What do you think catalyzed that change?

Bobby Reynolds: I think someone that helped break that mold a little bit — and I give credit to our competitors in that sense — was Britney Spears. She was, at the time, probably one of the younger artists to have committed to a full-time residency. And then having Jennifer Lopez. These were artists who were maybe a little younger than the Eltons or the Celines or the Bette Midlers, artists like that.

The music business became more savvy and realized, “Wow, an artist can come in there, load in one time and load out one time. These guys get paid for their rooms and the crew gets access to the employee dining rooms. There’s so many efficiencies built into this deal.” Gaga couldn’t continue to do this business in arenas around the world or around the U.S. this regularly and generate the kind of numbers she’s generating. The amount of people coming to this city that have a desire to see her, Vegas provides that opportunity to her — not the other way around. Kudos to her for recognizing that, and kudos to her team and the MGM folks here for executing it in such an awesome way that people want to see it again and again.

You were on the front lines of the current residency boom at The Joint beginning with Santana in 2009, which was pivotal in Vegas’ turn toward our current model. Was that seen as a risky proposition at the time?

Oh, yeah, it really was. It wasn’t the best deal for us financially. We had a two-year deal with Carlos for 36 shows (annually). That was probably too many shows in a room that was a little too big for Carlos off the Strip. And, of course, the economy went in the tank. I mean, think about where Vegas was in 2009, foreclosures happening left and right, and here we are introducing a new concept to a property off the Strip. It was an uphill swim for sure. But the show was amazing. We learned a lot of lessons. We completed 72 of the 72 shows. I still get my Christmas card from Carlos and (wife) Cindy every year.

We’ve seen the residency model take off. Are you ever concerned about reaching critical mass?

I know if you provide a good experience for people here, they’ll keep coming. What I think is concerning is if you just keep regurgitating the same old stuff. I challenge myself and my team to develop unique entertainment experiences to bring here. I’m very much of a believer that with 42 million visitors a year, if I’m selling someone an experience that they can not get in their hometown, we will be winners. My challenge is not my competitors as much as it is creating something unique, because if I really create something unique, I don’t have any competition.

Another area where we’ve seen growth this year is in the festival market with two big new fests.

I think Day N Vegas was probably the biggest event on Las Vegas Boulevard ever. That was something that our company did. Goldenvoice produced that, which is a part of AEG. We worked with those guys. They have their own insanely competent festival division, so I got to say I was a part of it, but it would have done just fine if I was wasn’t a part of it.

Whenever people talk about “Is the market getting too saturated?” here comes someone that has an idea, executed it and, in year one, sold out clean in advance. I was on the emails when the counts were coming in for pre-sales, and it was like, “You’ve got to be kidding me? There’s no way this generated this much money and revenue in 12 minutes.” Nothing like that has ever happened in this city.

Was there much of a learning curve for you in coming to Vegas and wrapping your head around this market?

Totally. When I came out here to do the shows at The Joint, The Pearl was just opening. There was no Brooklyn Bowl. There was no Cosmo. There were no festivals. So there were a lot more bands to buy. We crushed it at the old Joint. For the entire time, (AEG executive) John Meglen, as much as he would pat me on the back for what I was doing, he was like, “You gotta understand the resident business. (Forget) booking one-offs all the time. You’re going to waste your time doing that” — not a waste of time in a derogatory way, but in how much better we could be with these residency models and making things different. He always said to me, “In Vegas, you have to offer something that people can’t see anywhere else.” And it’s true.