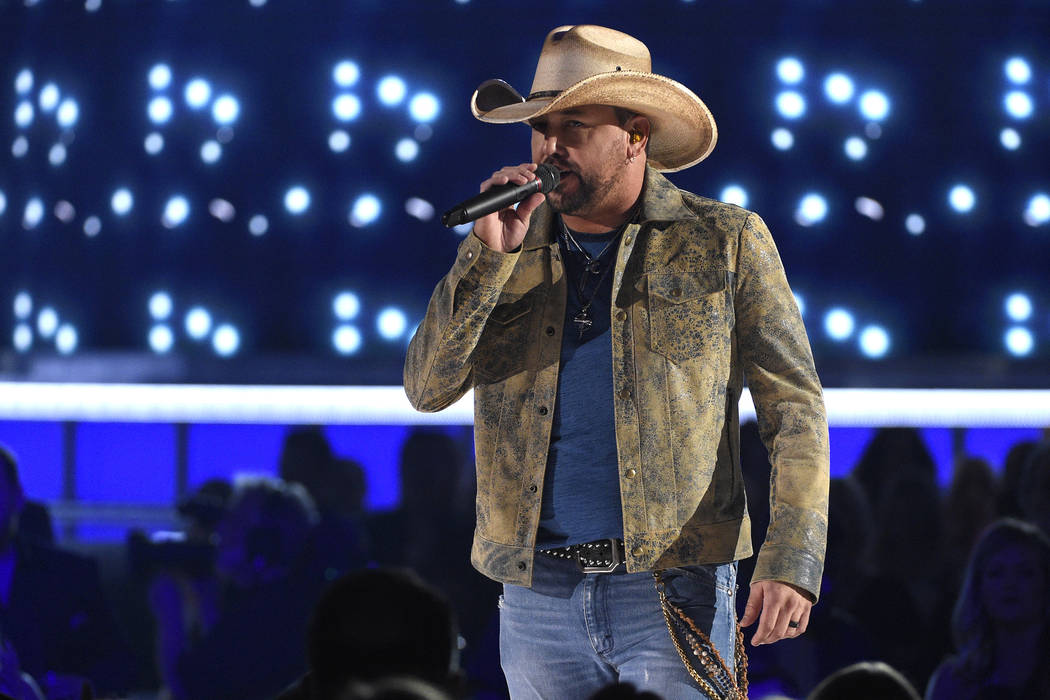 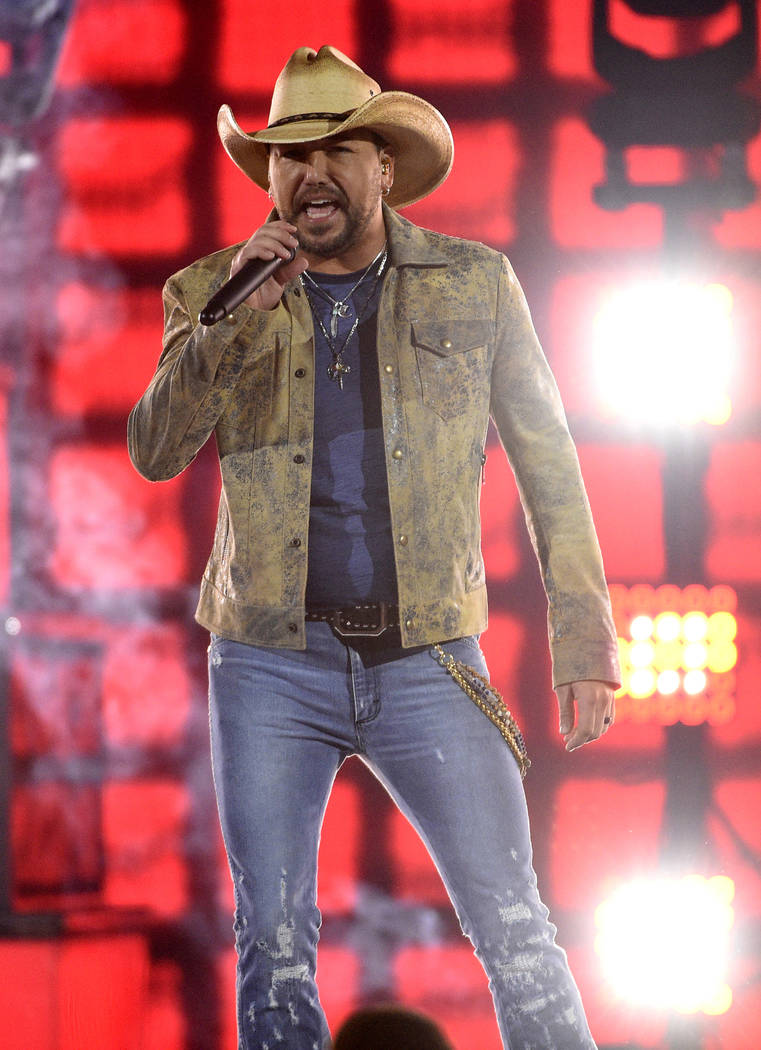 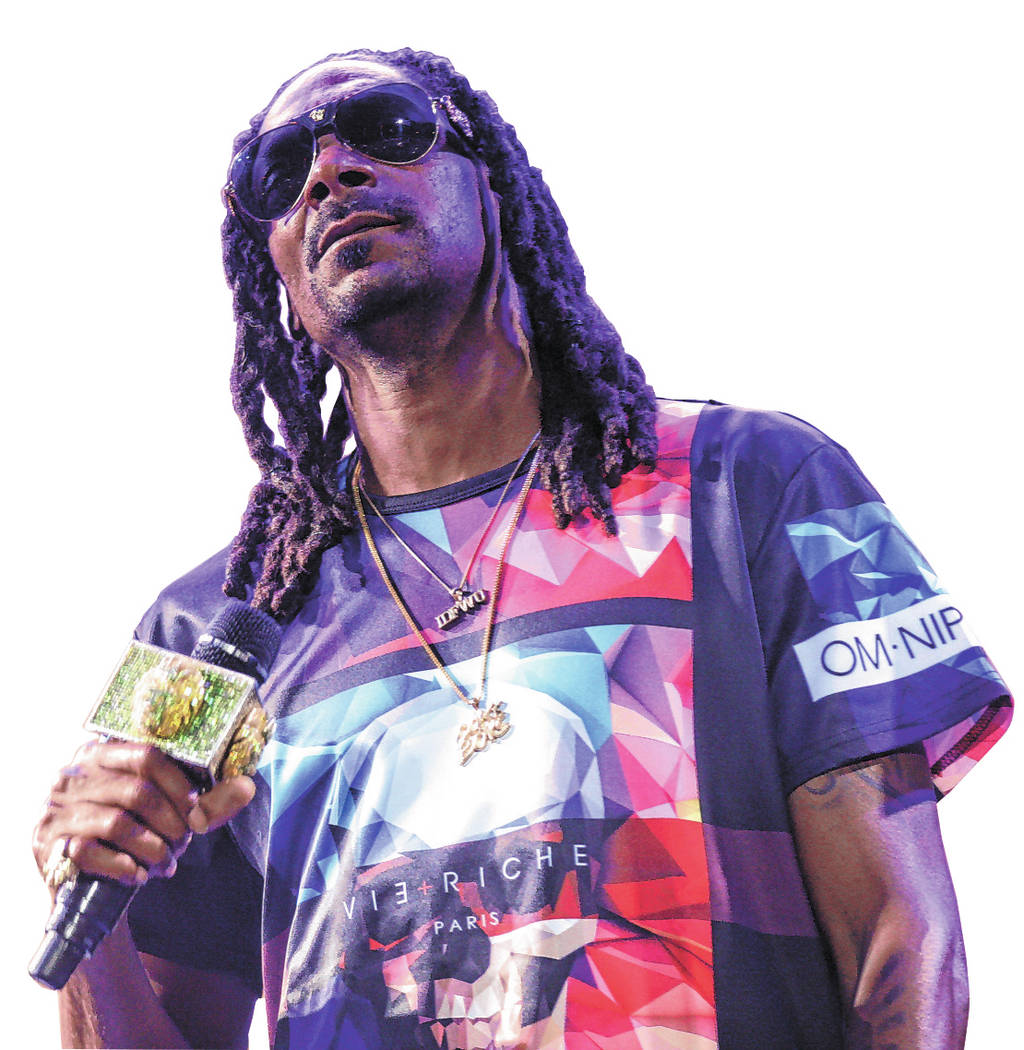 The lineup is outsize, the emotions even more so.

Every December, the return of the National Finals Rodeo heralds the biggest month of the year for country music in Las Vegas.

This time around, though, there’s an especially significant occasion: Country superstar Jason Aldean will perform his first headlining concerts here since the Oct. 1, 2017, massacre at the Route 91 Harvest festival.

With three shows at the Park Theater at Park MGM from Friday to Sunday, Aldean will carry on in the face of tragedy much like Las Vegas itself.

Other big country events taking place amid the NFR festivities include:

— Kip Moore and Midland teaming up Dec. 14 at The Chelsea at The Cosmopolitan of Las Vegas;

The NFR concerts rank among the 10 biggest music happenings in Las Vegas this month. Here are the rest:

Another month, another new music fest in town. Weeks after the hip-hop-centric Day N Vegas sold out the Las Vegas Festival Grounds, the Intersect premieres this weekend at the same venue.

There will also be tech demonstrations (such as Gesaffelstein’s Vantablack VBx2 show and Musgraves performing with a fleet of more than 500 Intel drones), gourmet cuisine offerings and interactive attractions.

Dodgeball in a post-apocalyptic arena, anyone?

It wouldn’t be December in Las Vegas without Midwestern transplants texting obnoxious pictures of themselves in shorts and T-shirts to their snowbound kin back home and a visit from Andrea Bocelli: The Italian opera singer has played here nine of the past 11 Decembers.

In other seasonal bills, Brit rockers The 1975 offer “A Brief Inquiry Into Online Relationships” as headliners of “X107.5’s Holiday Havoc” lineup Tuesday at The Chelsea with Judah & The Lion, White Reaper, Joywave and Idkhow. Also at The Chelsea is “Mix 94.1’s Not So Silent Night” on Friday with the Goo Goo Dolls, Natasha Bedingfield, Dean Lewis and Maddie Poppe.

Saving you time and energy on clapping, nods of approval and other expressions of affirmation, rapper Snoop Dogg helpfully gives himself a hand on latest album “I Wanna Thank Me,” his 17th overall. Hitting town for the first time in support of said record, Snoop brings along 213 running mate Warren G.

These veteran indie rockers return to Brooklyn Bowl for the third time. Their new album is still in the works, but recently released single “Ice Cream Party” should tide fans over in the meantime.

With a voice that lives up to her surname, Ariana Grande possesses the lung capacity of a narwhal and the ability to shout down a tornado siren. As such, she’s had quite the decade: Billboard magazine recently named Grande the most successful female artist to debut in the 2010s.

Why is Santa rocking a pompadour next to Nudie suit-clad elves as Rudolph professes his love of reverb? Because it’s time for the Chris Isaak holiday show, naturally. Prepare for a “Forever Blue” Christmas with a rockabilly-weaned crooner cooler than the white stuff he sings of on “Let It Snow.”

R&B mood enhancer Lizzo raises spirits and flumes of champagne alike as she returns to ring in 2020 at The Chelsea.

Speaking of NYE returnees, pop rockers Maroon 5 head back to town for the sixth time in seven years Dec. 30 and 31 at the Mandalay Bay Events Center.

A pair of hit residencies also soundtrack NYE weekend with Lady Gaga at the Park Theater (Dec. 28-31) and classic rockers Journey refusing to stop believin’ at the Colosseum at Caesars Palace (Dec. 27-31).