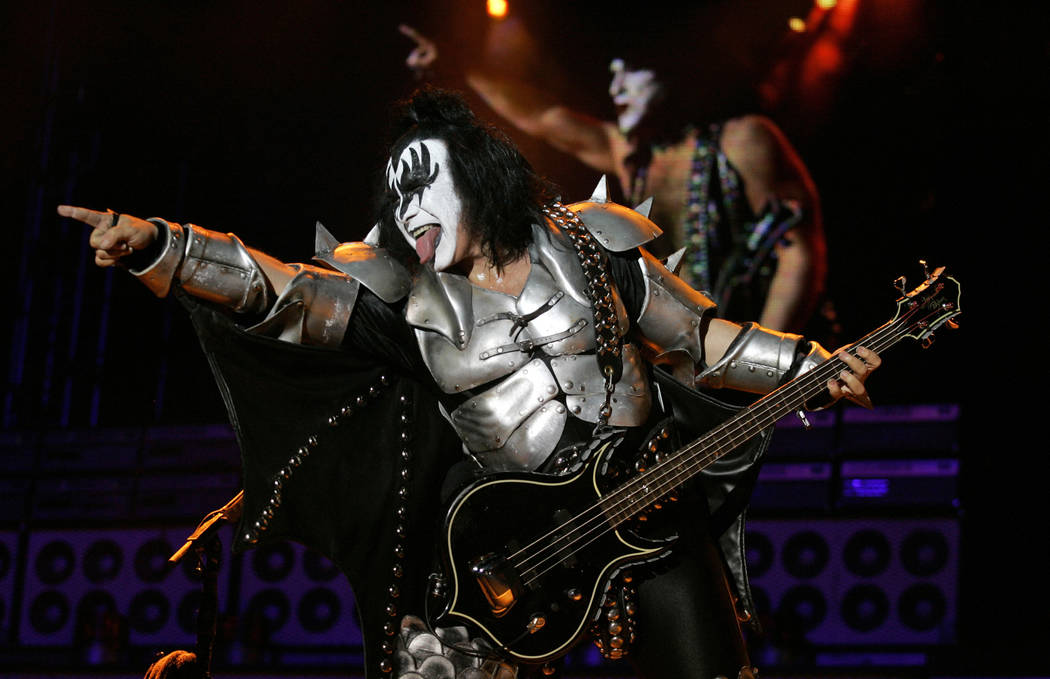 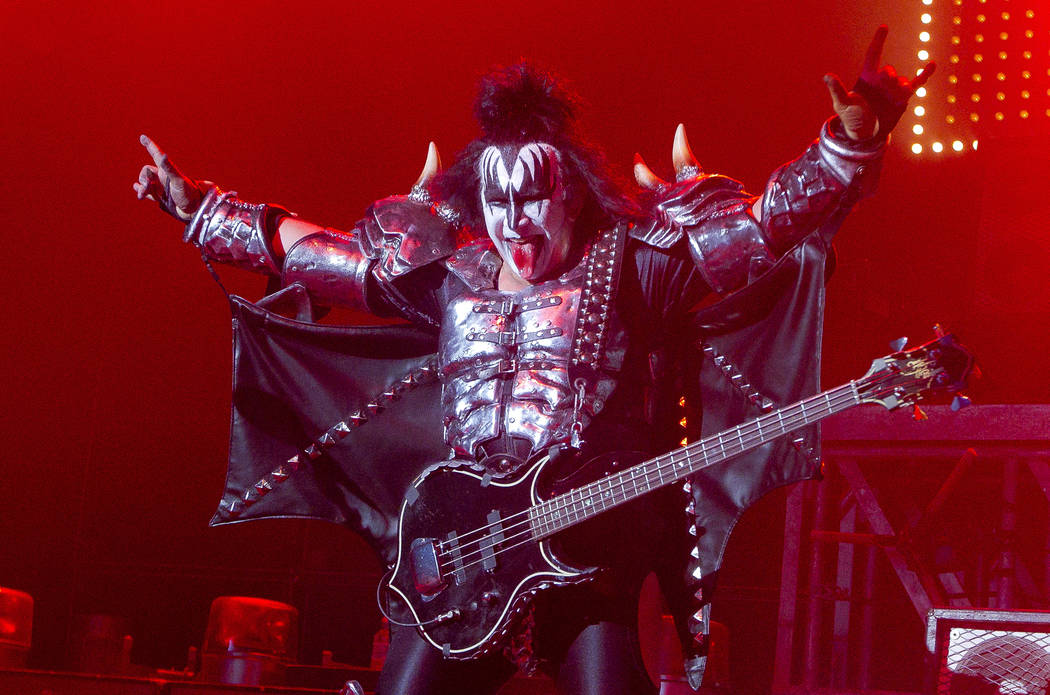 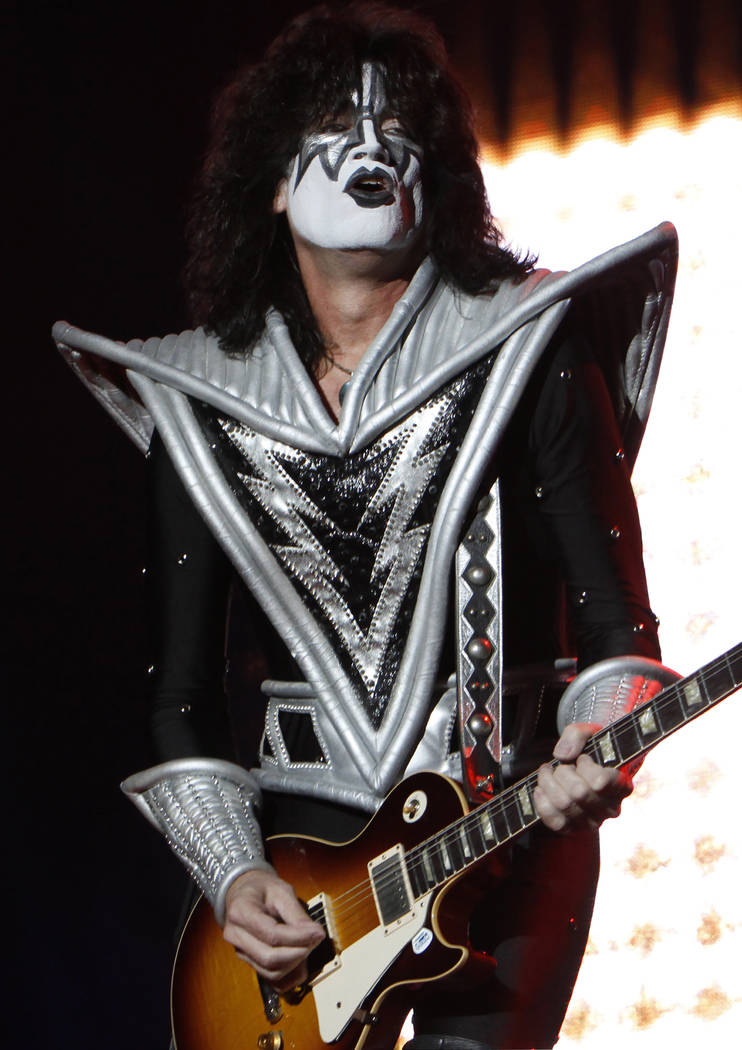 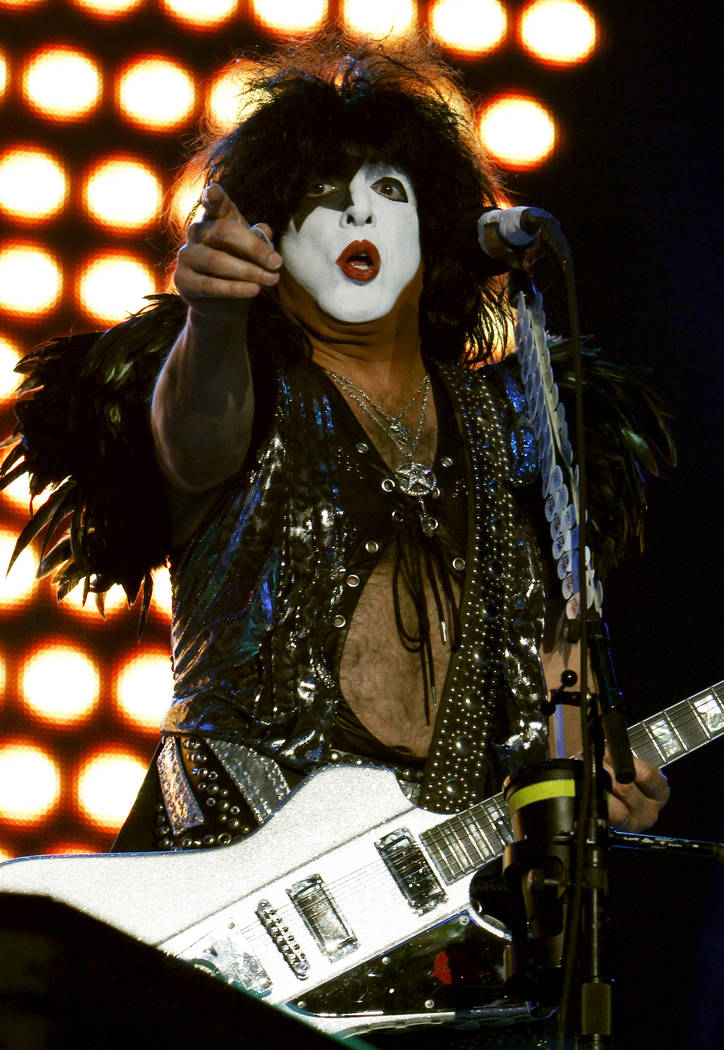 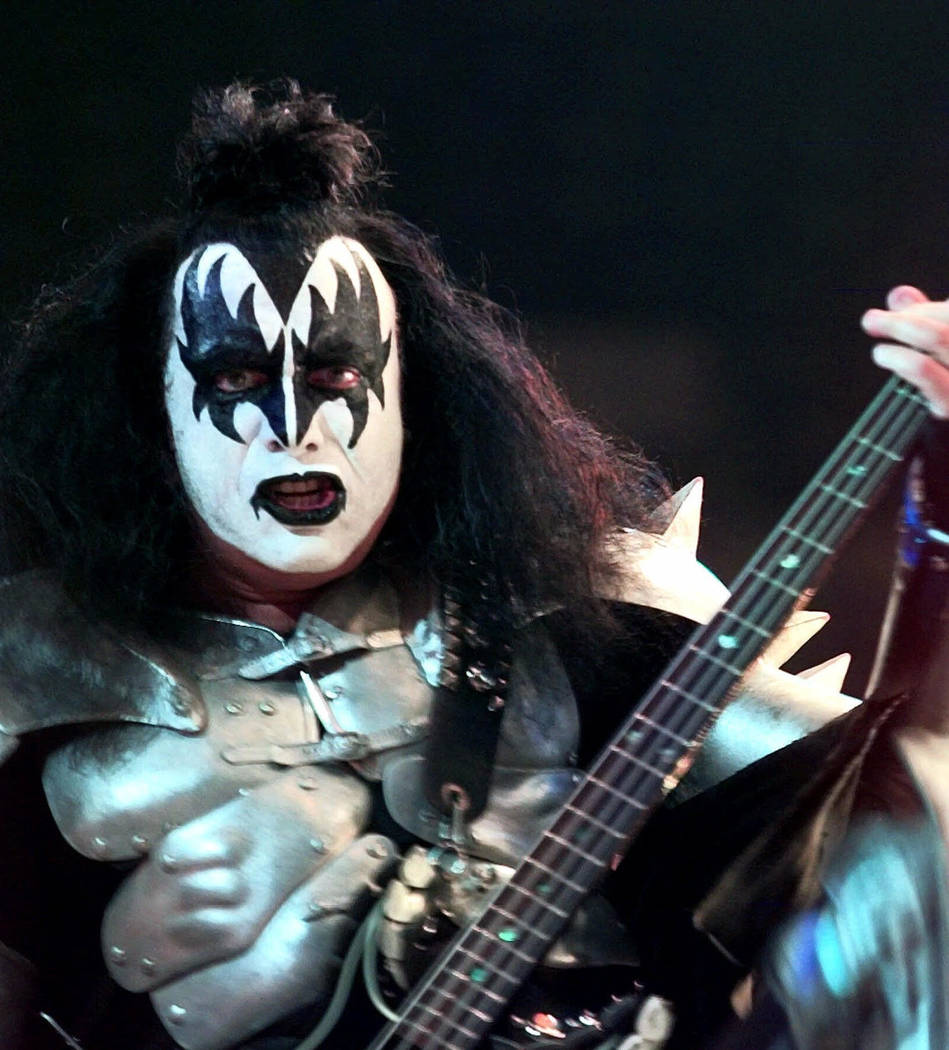 Bassist Gene Simmons presents the onstage personality of The Demon as Kiss performs in its "Farewell Tour" June 6, 2000 at the Richmond Coliseum in Richmond, Va. "If you spend your hard-earned money to come to a Kiss show, you deserve bang for your buck. We stand guilty as charged of making a complete spectacle of ourselves," said Simmons. (AP Photo/Wayne Scarberry)

Before there was a stage, there was the living room carpet.

Instruments were wielded, though confined to the mind’s eye, in a sleepy suburb of Portland, Oregon.

“I’d come home from junior high school and I’d air guitar to Kiss ‘Alive,’ ” the band’s lead guitarist recalls. “This was back before I barely even played guitar. I was that kid who had that dream. Somehow, it came to be.”

It all began with Thayer getting a copy of Kiss’ first album for Christmas in 1974.

He saw them before he ever heard them, these grease-painted, cape-abetted, self-stylized rock ’n’ roll superheroes with boots as big as the chutzpah it took to wear them in public.

They didn’t just capture his imagination, they put it in a sleeper hold — even if Kiss’ sound and look didn’t immediately sync up for the teenager who would join the group 28 years later.

“I had seen pictures of the band in rock magazines, so I knew I liked them,” Thayer recalls. “But when I put the album on, I was kind of surprised. The first song was ‘Strutter,’ and it sounded different than I thought it was going to, because some of the songs on the earlier Kiss records are more rock ’n’ roll-y, Stones-y, Chuck Berry-ish.

“I liked it,” he continues, “but I was a little bit taken aback at first. But by the time I … came to ‘Black Diamond,’ which was the last song, that really caught me. I thought, ‘OK, here go.’ ”

Now Thayer plays that song onstage every night flanked by the rockers he once pined to be.

And it’ll be Thayer who helps them close out their touring career on their current “End of the Road” outing.

Makes sense: Kiss inspired generations of wide-eyed kids in thrall of Demon (Kiss singer-bassist Gene Simmons) and Starchild (singer-guitarist Paul Stanley), like Thayer once was, to pick up an instrument or an invisible Les Paul or a hairbrush to belt “Shout It Out Loud.”

That one of them is a part of the group’s farewell jaunt is entirely fitting.

And he got here the hard way: Thayer was first hired by Kiss in 1994 to help work on their “Kisstory” book. He’d manage the Kiss Convention tour the following year and the group’s MTV “Unplugged” performance, as well as overseeing various other projects, before eventually replacing original Kiss guitarist Ace Frehley for good in 2002.

Two and a half decades ago, Thayer was doing odd jobs for Stanley and Simmons.

Now he’s helping them retire from the road.

“It started with Gene and Paul, obviously,” Thayer says of Kiss’ final world tour. “I know that they wanted to go out with a tour celebrating 45 years of doing it while the band is still in prime form, go out and do a show that’s above and beyond anything we’ve done and do it while we can still do a show as well as we ever could. We cover a lot of ground in the show. We’re covering all the eras.”

If the set list is deep, so is the sentiment, as the band members look out into the crowd each night knowing that it’s the last time they will be doing so in a given market.

“There’s no doubt going into this tour that it is a more emotional experience, knowing that every time we play in a city it’s going to be the last time Kiss goes on tour and plays there,” Thayer acknowledges. “It’s really the last opportunity for Kiss fans to come see the band. It’s a lot of emotions, but that’s kind of what’s charging us on this and getting us pumped up. We spent a lot of time getting ready for this.”

The same could be said of the band’s fans ever since Kiss launched its first “farewell” tour … back in 2000.

“People are loving it, but it is emotional when we come down to that final song in the set,” Thayer says. “People know: That’s the end.”