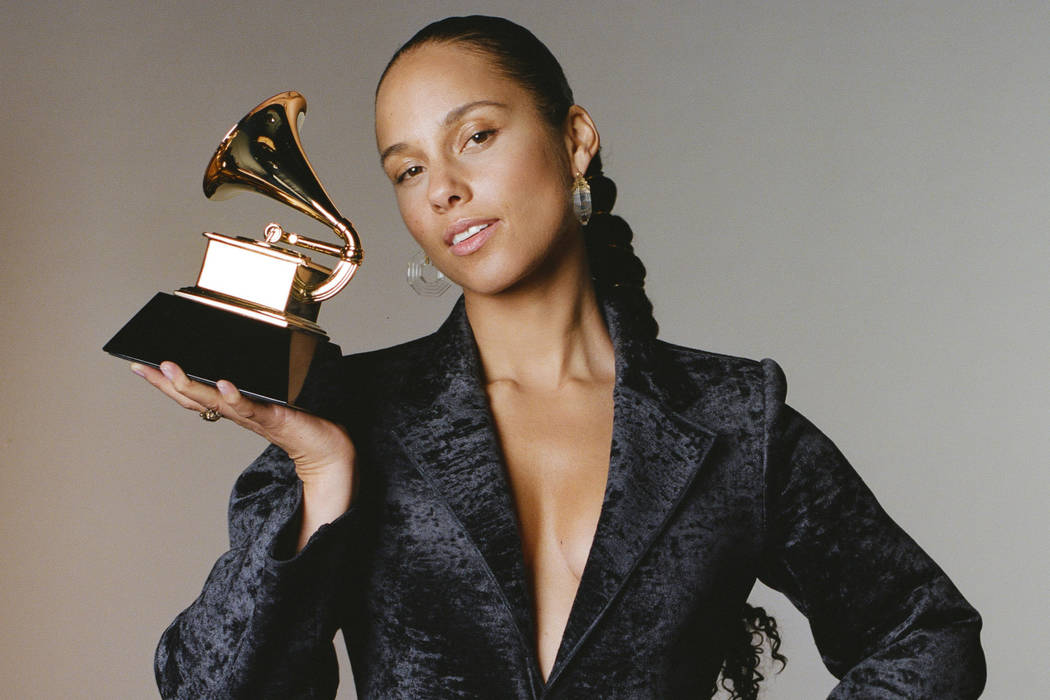 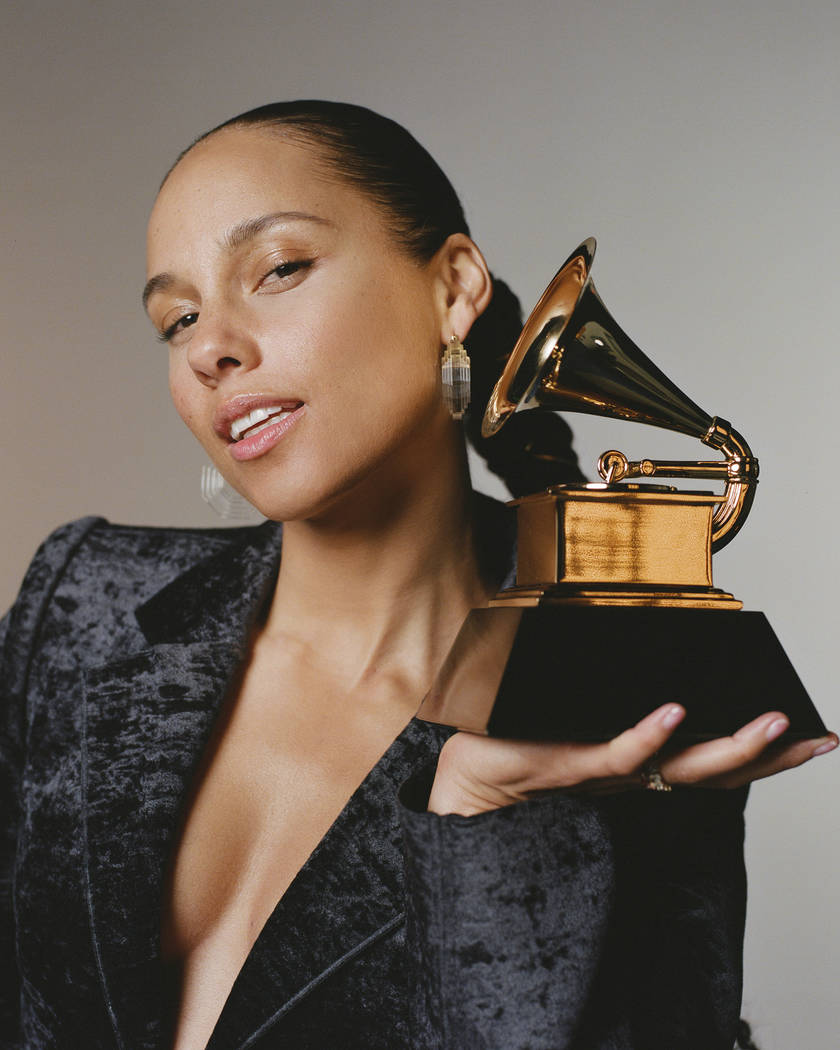 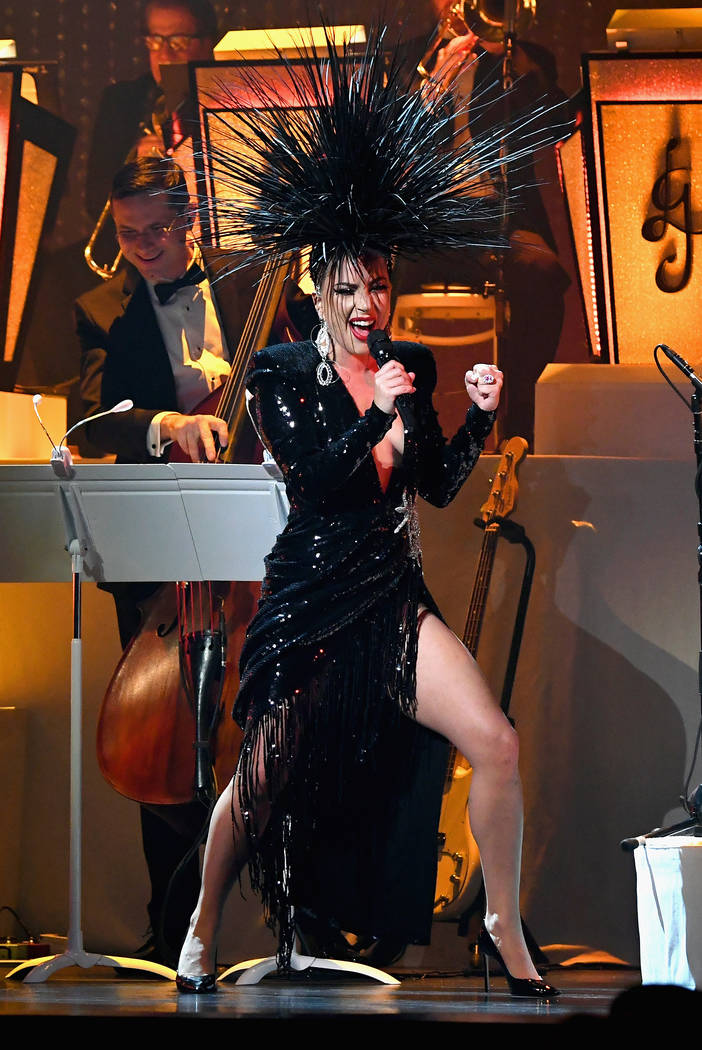 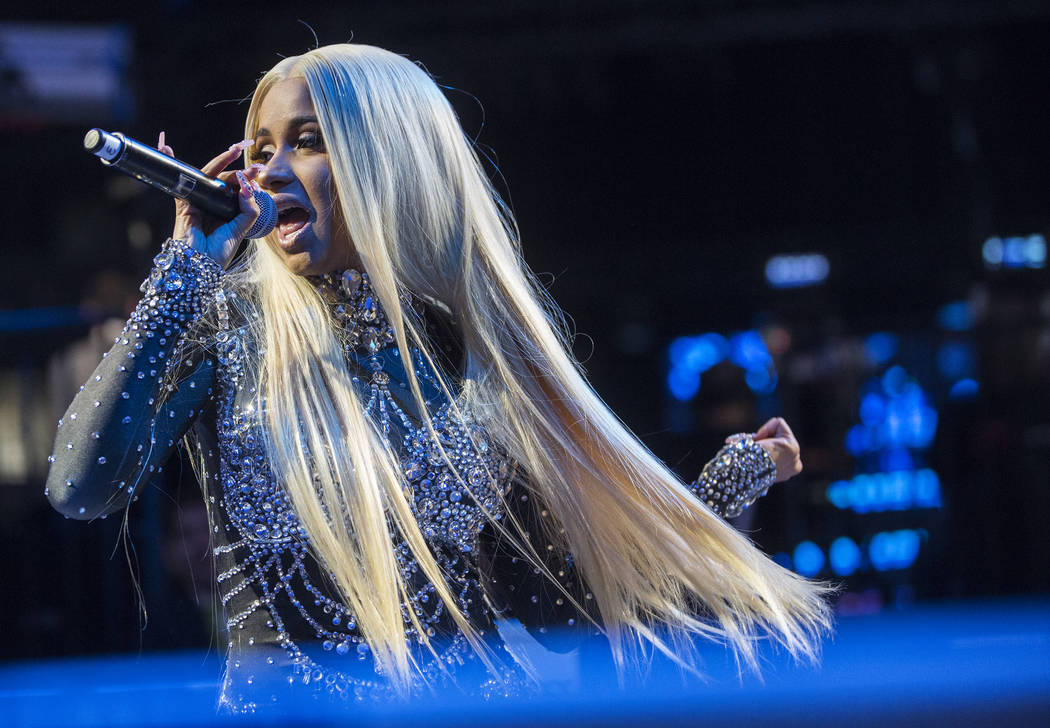 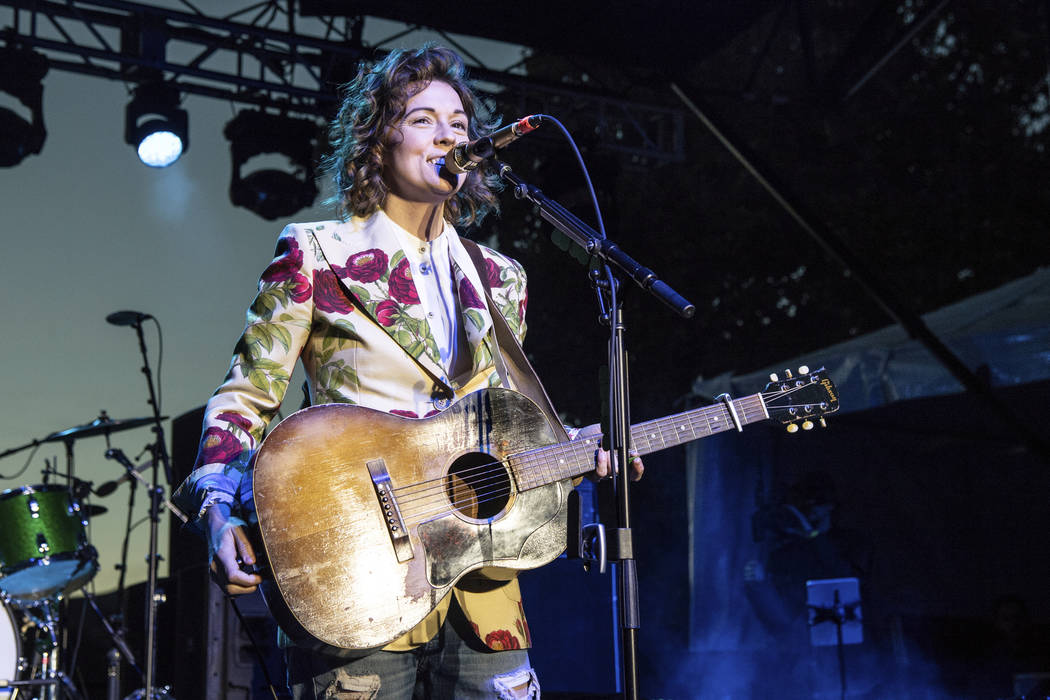 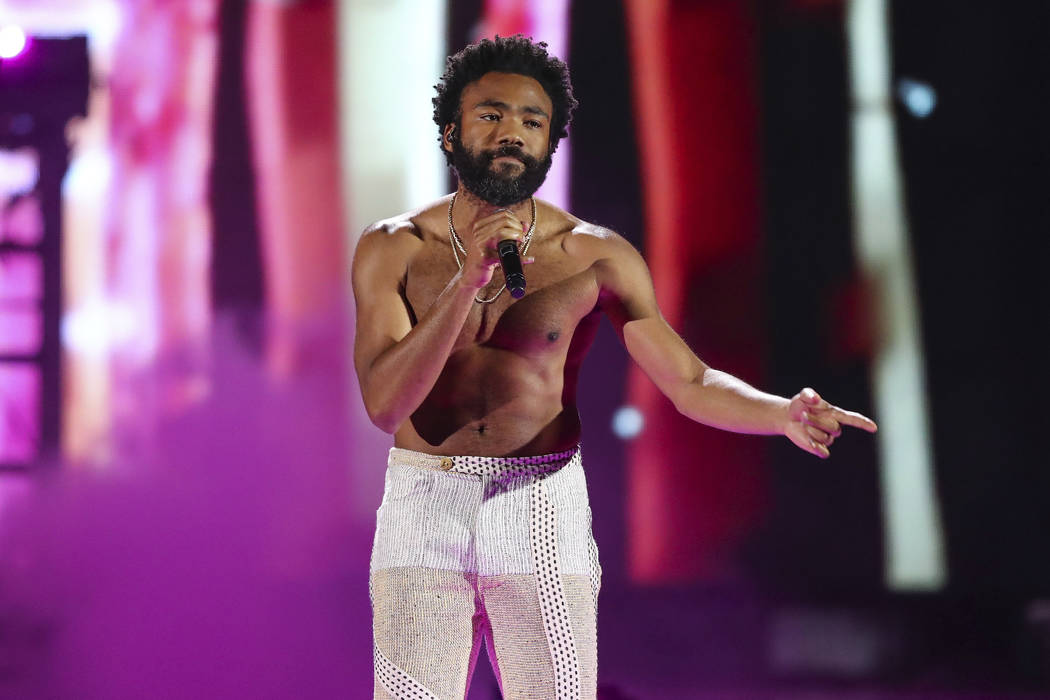 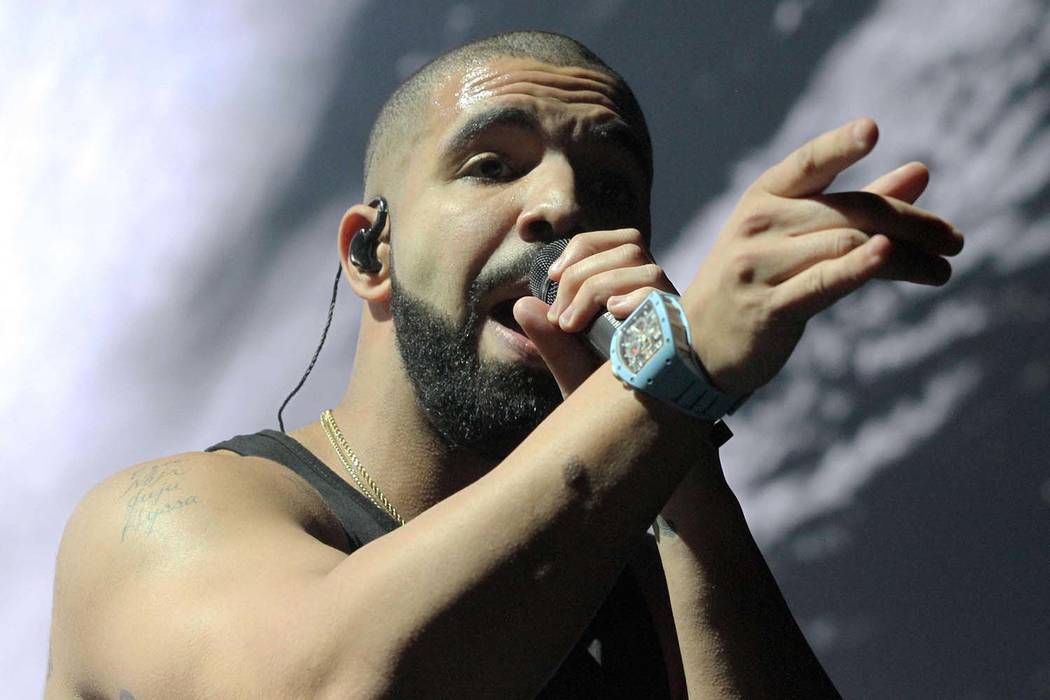 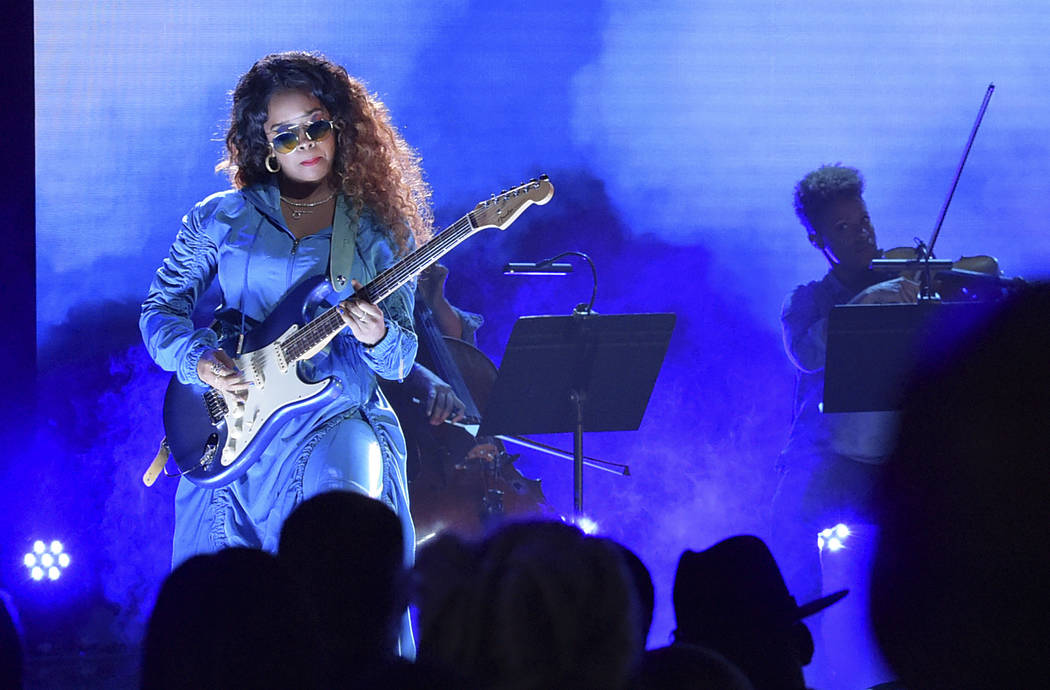 H.E.R. performs at the BET Awards at the Microsoft Theater in Los Angeles on June 24, 2018. (Richard Shotwell/Invision/AP, File) 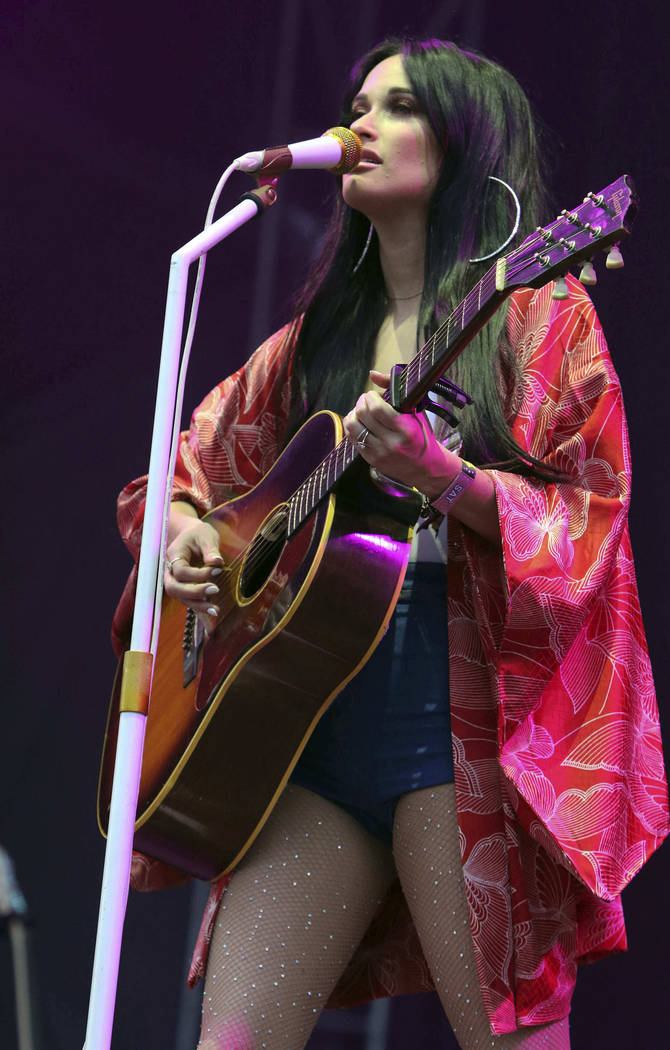 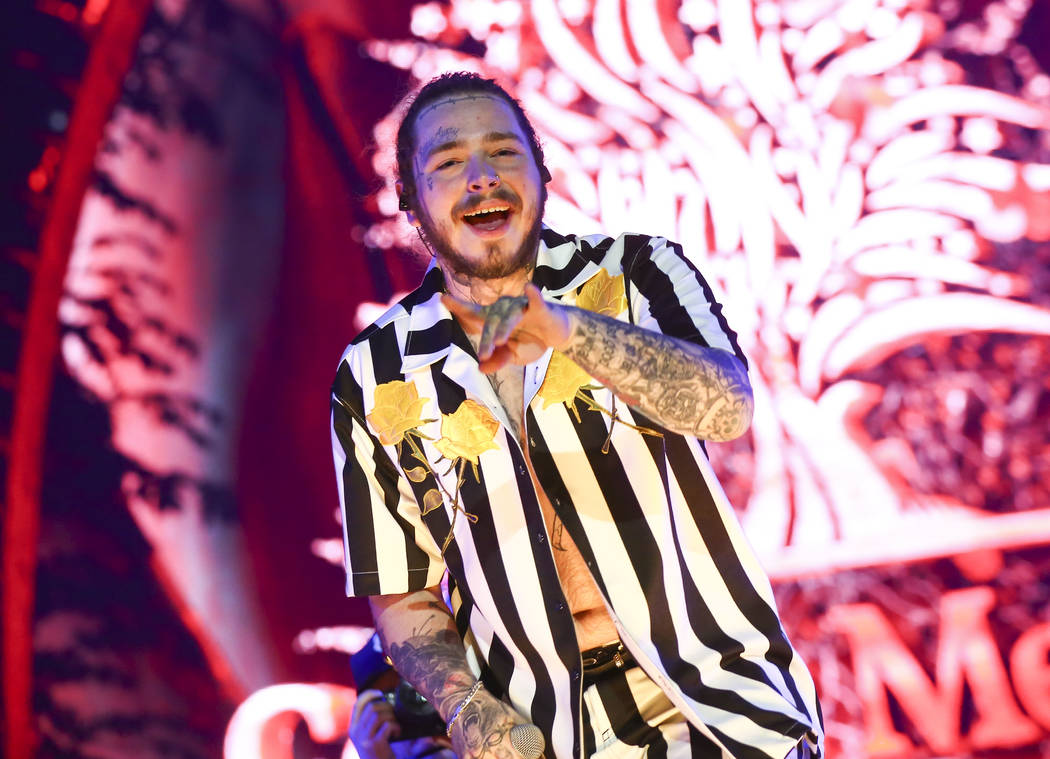 Post Malone performs at the Cosmic Meaddow stage during the third day of the Electric Daisy Carnival at the Las Vegas Motor Speedway in Las Vegas on Sunday, May 20, 2018. (Chase Stevens/Las Vegas Review-Journal) @csstevensphoto 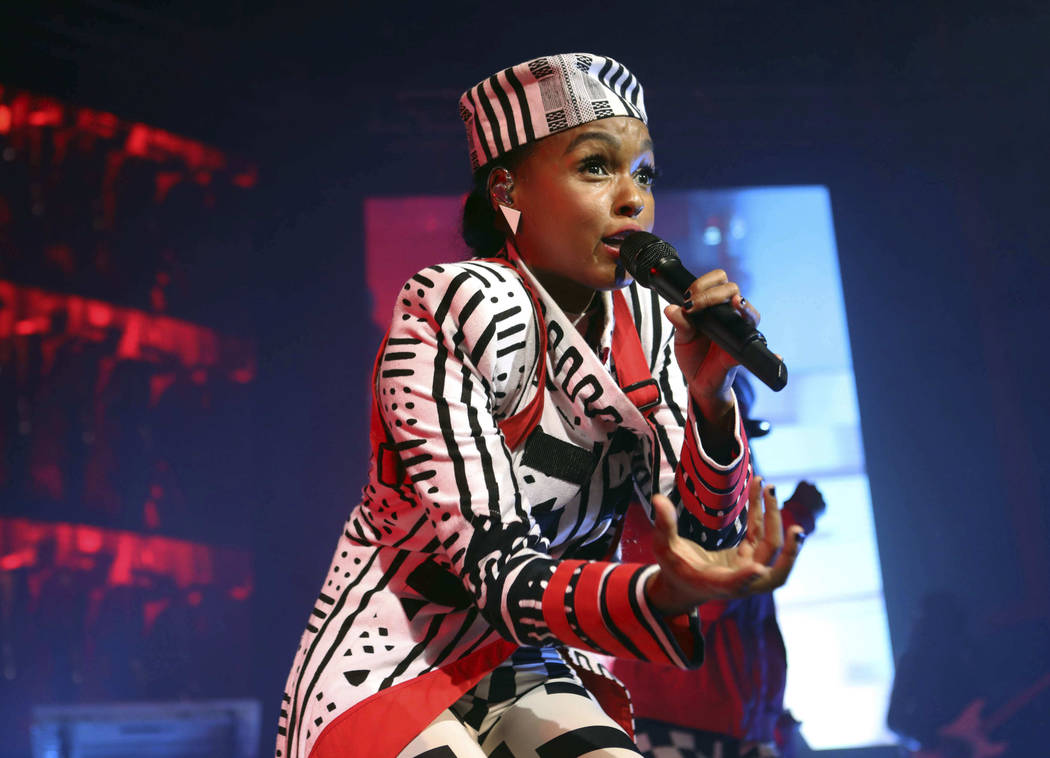 Janelle Monae performs during the Dirty Computer Tour at the Tabernacle on Saturday, August 4, 2018, in Atlanta. (Photo by Robb Cohen/Invision/AP) 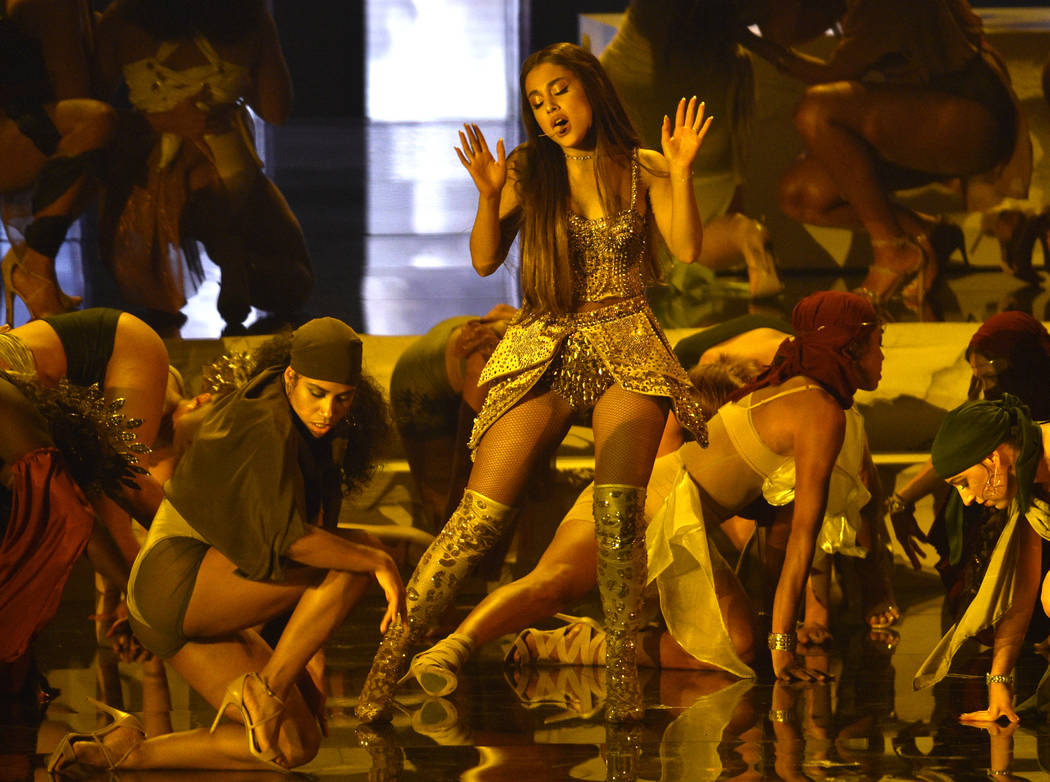 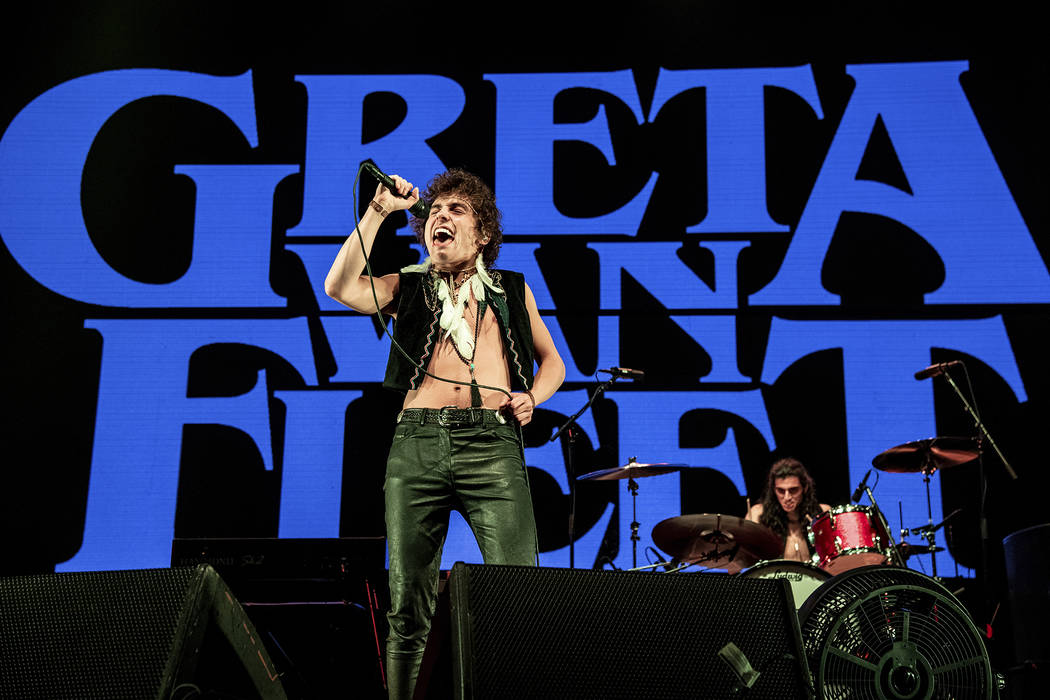 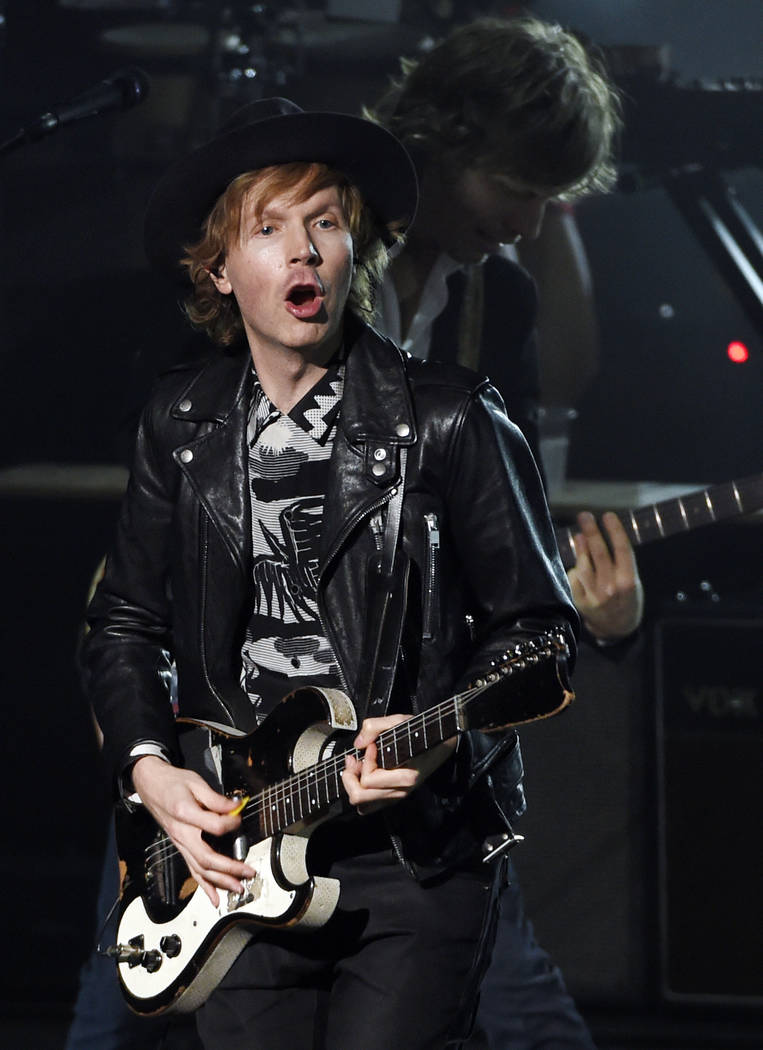 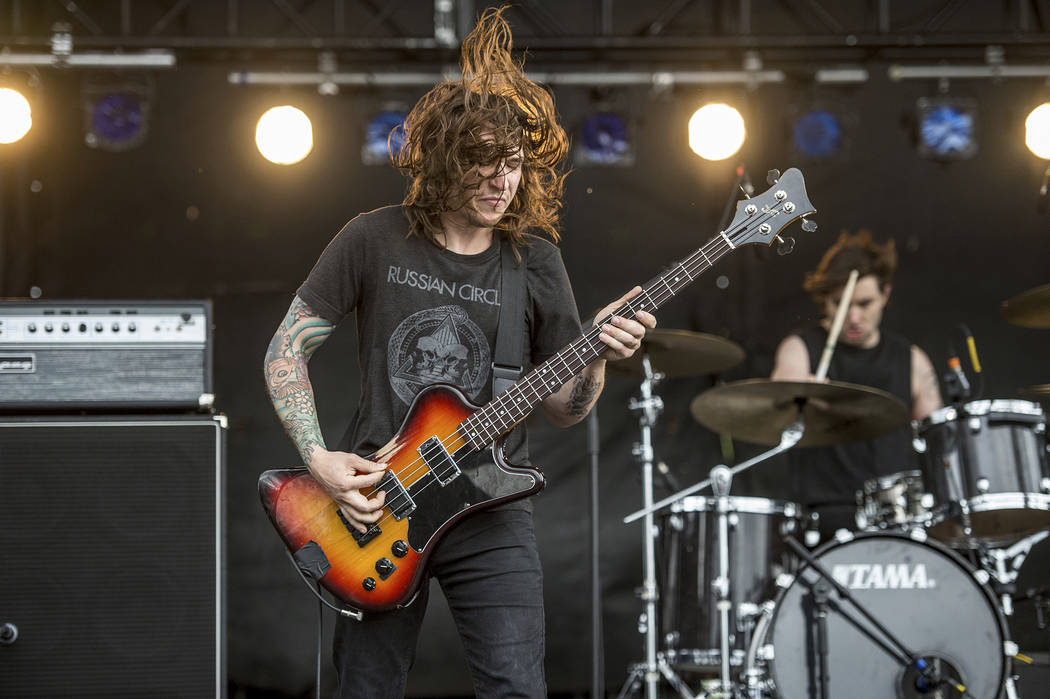 Nick Bassett of Deafheaven performs at Rock On The Range Music Festival on Sunday, May 21, 2017, in Columbus, Ohio. (Amy Harris/Invision/AP) 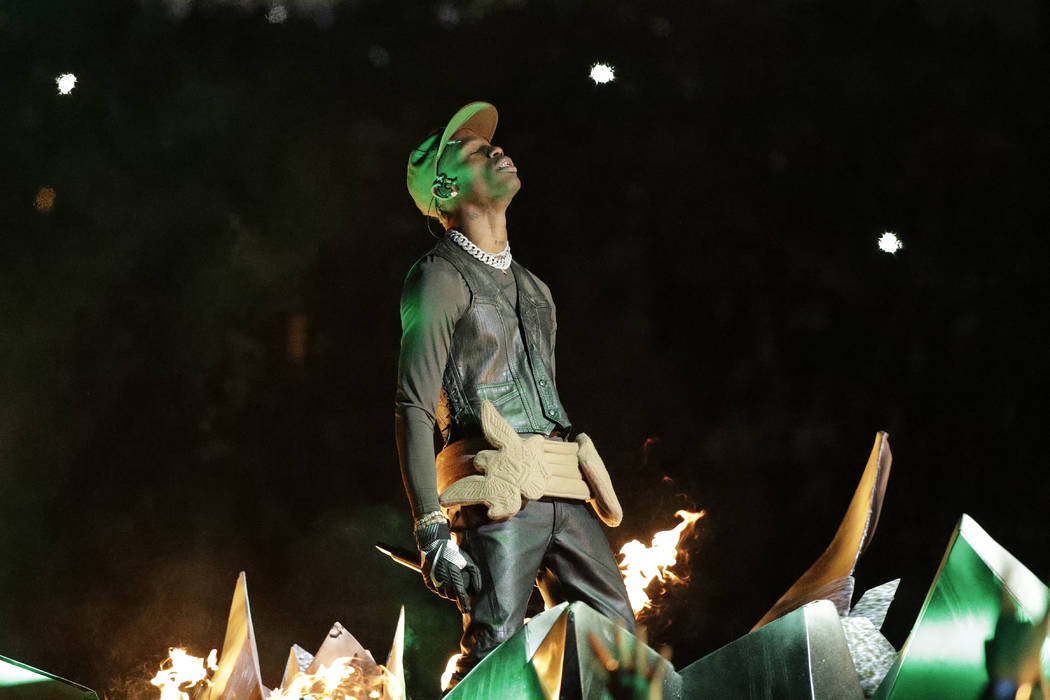 Relax, the list of this year’s purported Grammy Award winners that made the rounds online late last week proved to be a fake.

So your Grammy suspense has not been ruined.

Yes, we’re handicapping 10 of the show’s biggest categories and telling you who the winners will be right here and now.

You should still tune in to the show (airing at 5 p.m. Sunday on CBS), of course, but read on and you won’t have to.

Record of the year

Honor to be nominated: “The Joke.” It’s cool that a modest-selling yet acclaimed singer-songwriter such as Carlile can got a nod here, but she’ll have be satisfied with that.

Should win: “This Is America.” A poignant, powerful tune further abetted by the music video of the year.

Album of the year

Honor to be nominated: “H.E.R.” The 21-year-old R&B upstart has a bright future — and it’ll have to be in the future when she’s truly competitive in this category.

Will win: “Scorpion.” Drake’s ginormous 2018 has to pay off with some Grammy love at some point, right?

Song of the year

Honor to be nominated: “Boo’d Up.” Mai has plenty of promise, but “Up” is trending down.

Should win: “This Is America.” See above.

Will win: “Shallow.” It’s not unusual for song of the year and record of the year to be split among different artists, but that’s not happening this go-round.

Honor to be nominated: Greta Van Fleet. It’s nice that the band is one of the few younger, semi-mainstream acts carrying the flag for rock ’n’ roll. But said flag has all-too-familiar stitching, considering how brazenly this bunch wears its influences on its sleeves.

Should win: H.E.R. The 21-year-old singer-rapper has plenty to say, and we’re listening.

Will win: H.E.R. Grammy voters’ ears are perked as well.

Honor to be nominated: “Colors.” A good, not great, dance-pop confection.

Should win: “God Is a Woman.” Who’s going to argue with some divine intervention?

Will win: “Better Now.” The ink-stained pop-rapper’s massive 2018 is likely to be rewarded with at least one big win. “Now” is the time.

Honor to be nominated: “Victory Lap.” No such laps will be taken on this night, Nipsey.

Should win: “Astroworld.” The not-of-this-world album has made Scott a legit superstar.

Will win: “Invasion of Privacy.” It’s been 23 years since a woman won in this category, when Lauryn Hill was honored as a member of the Fugees. The streak ends Sunday.

Honor to be nominated: “Girl Going Nowhere.” Worthy nomination, and this girl is going somewhere — but not on stage to accept a Grammy just yet.

Honor to be nominated: “Mania.” Isn’t Fall Out Boy more pop than rock at this point?

Should win: “Prequelle.” Swedish occult rock throwbacks Ghost sold their souls to the devil and reaped the dividends.

Will win: “From the Fires.” Of-the-moment Led Zeppelin knockoffs cop this one like they’ve copped said band’s sound.

Honor to be nominated: “Tranquility Base Hotel + Casino.” Good band, but “Hotel” is more Howard Johnson than Hilton.

“Condemned to the Gallows,” Between the Buried and Me; “Honeycomb,” Deafheaven; “Electric Messiah,” High on Fire; “Betrayer,” Trivium; “On My Teeth,” Underoath

Should win: “Honeycomb.” Polarizing alt-black metallers continue to strike a fine balance between rapture and rage.

Will win: “Honeycomb.” The Grammys seldom get this category right. See: Tull, Jethro. Maybe this is the year that changes. 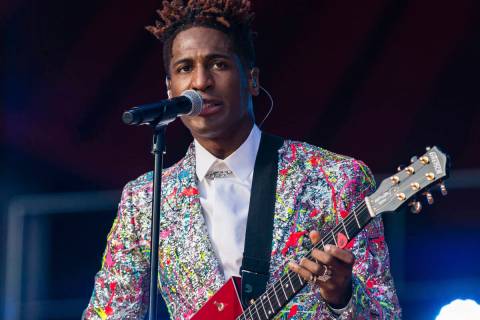 Top Grammy Award nominee a surprise to many
By Jonathan Landrum Jr. The Associated Press

Jon Batiste might be the Grammys biggest surprise: The multi-genre performer and recent Oscar winner made such an impression on voters that he scored the most nominations with 11 on Tuesday.