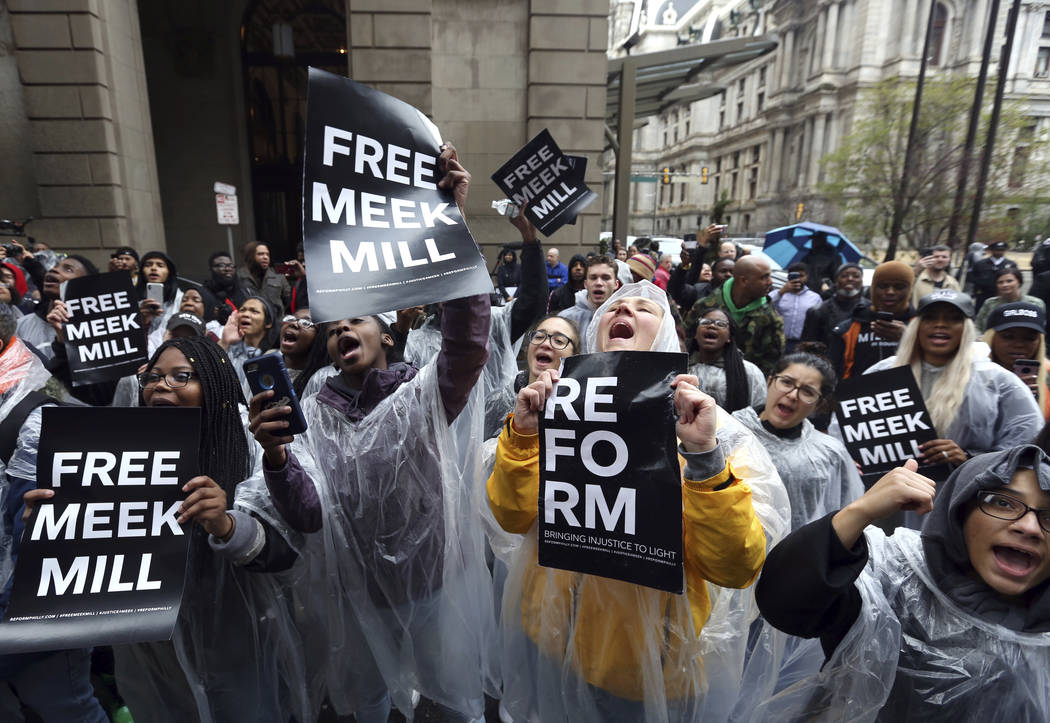 Protesters demonstrate in front of a courthouse during a hearing for rapper Meek Mill, Monday April 16, 2018 in Philadelphia. (Jacqueline Larma/AP) 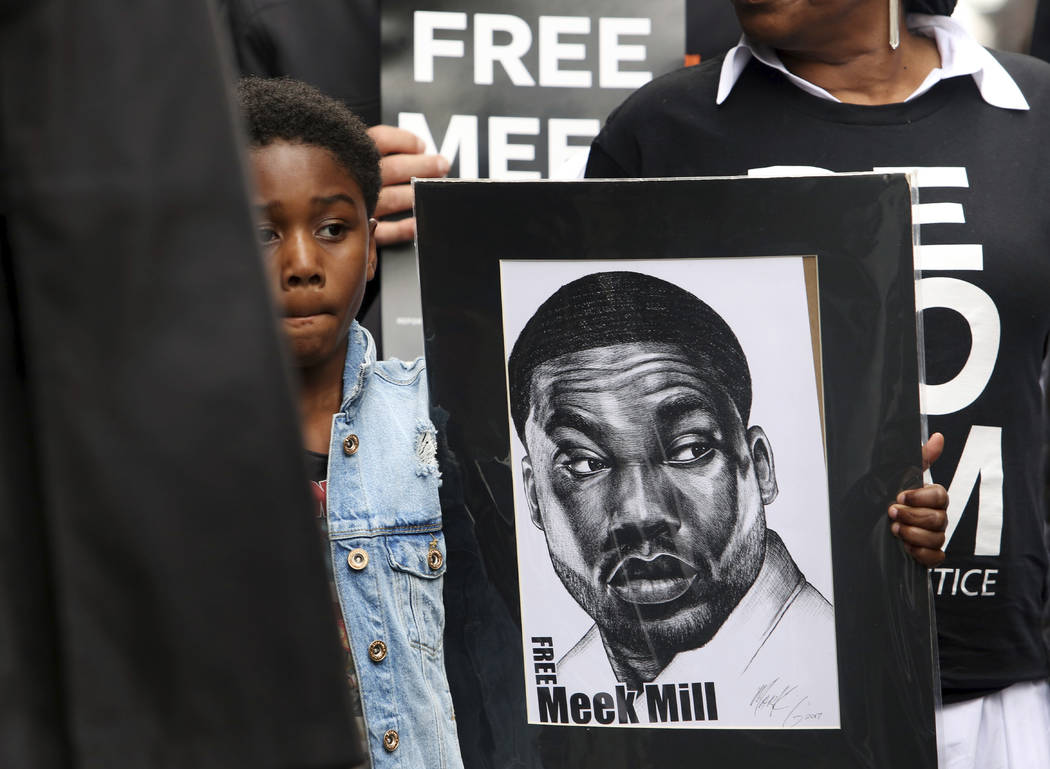 Rapper Meek Mill's son Papi holds a sign as protesters demonstrate in front of a courthouse during a hearing for Meek Mill, Monday April 16, 2018 in Philadelphia. (Jacqueline Larma/AP)

PHILADELPHIA — A Pennsylvania judge is scheduled to hold a hearing Monday to determine whether rapper Meek Mill should get a new trial in his decade-old gun and drug convictions.

Mill’s attorneys have asked for a new trial based on credibility issues with an officer who testified at his trial. At least three convictions of other defendants based on that officer’s testimony have been thrown out this year.

The Philadelphia district attorney’s office has not opposed the request for a new trial. Judge Genece Brinkley scheduled the hearing Monday. The state Supreme Court recently split on a request by Mill to remove Brinkley from his case.