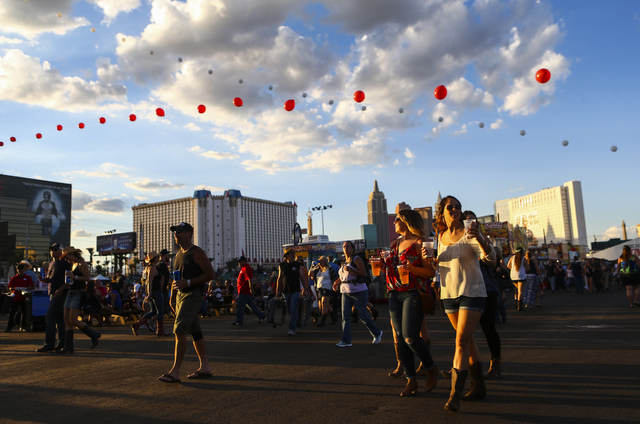 Country music fans who enroll in the Transportation Security Administration’s PreCheck program will be able to jump into a “fast pass lane” that will help them quickly access the Route 91 Country Harvest Festival this weekend at the Las Vegas Village, organizers said.

Just like at the airport, members of the TSA’s PreCheck program can go through a dedicated lane to bypass the general admission line for the three-day festival that begins Friday.

IdentoGo will enroll new PreCheck members from 2 to 9 p.m. Friday, Saturday and Sunday at a booth inside the festival. Those who enroll will receive a wristband for faster subsequent entries to the festival through a dedicated lane, where they still must undergo a security process that’s unrelated to TSA screening, organizers said.

Those who enroll onsite will need to present a government-issued photo identification card, along with either a United States passport or birth certificate and complete a 10-minute digital fingerprinting process. The cost to enroll is $85, and the PreCheck screening pass lasts for five years.

More than 5 million have enrolled in PreCheck since the program started in October 2011, according to the TSA’s website.