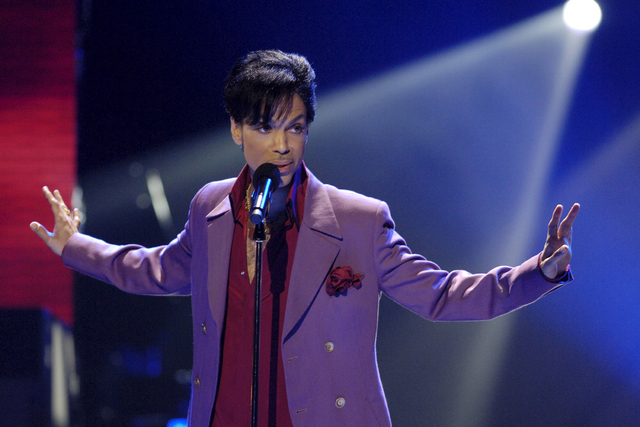 Singer Prince performs in a surprise appearance on the "American Idol" television show finale at the Kodak Theater in Hollywood, California, May 24, 2006 (Chris Pizzello/Reuters)

Editor’s note: After Prince’s death today, we’re looking back at our favorite stories about him, including this one. This story was originally posted on March 23, 2015.

Thirty years ago, Prince and the Revolution obliterated Eddie Murphy and Charlie Murphy in a game of basketball, and Prince even wore his flowy Prince clothes while beating the Murphys in shorts.

After his victory, Prince magnanimously hand-served pancakes to the Murphys and their friends.

That legendary story has been around for years, ever since Charlie Murphy narrated it on “Chappelle’s Show.” The weird thing is, that story keeps resurfacing every year. So this year?

“This year, on National Pancake Day, it was rekindled on social media,” Charlie Murphy told me and laughed for a while at the absurdity of that sentence.

“How good were those pancakes?” I asked.

Murphy isn’t sure who made the pancakes.

“But he came out with them. He’s the one that walked in the room with them on a tray,” he said.

Prince, despite being the Mozart of our time, supposedly isn’t happy about Murphy’s presentations of Prince on “Chappelle’s Show.”

By the way, Chappelle’s show made Dave Chappelle famous forever, but that show was great because it was an ensemble cast of writers, directors and performers, including Charlie Murphy, co-creator Neal Brennan, Donnell Rawlings, Bobcat Goldthwait, Bill Burr and Paul Mooney.

So I asked Murphy if he ever kicked eccentric Chappelle in the groin for walking away from a show on the verge of becoming the biggest comedy sensation in a generation after just two seasons.

“No. Not one day,” Murphy said. “I didn’t understand what he was doing. I never discussed with him what went down. And not one day did I feel like that.”

The end of “Chappelle’s Show” lit a fire under Murphy, known for his storytelling, to start developing a stand-up career.

“When I started on the Chappelle show, I was making $500 per episode. That was for working the whole week. Five hundred bucks,” he said. (Chappelle turned down millions to return for another season.)

Murphy felt pressure at the time to earn money to support his family.

“I had no choice. It was, ‘Do this or die,’ ” Murphy said. “I give all the credit to the Creator because I don’t know how I survived, except I had the nerve to keep going back” on stage.

Some veteran comedians on the road complained Charlie Murphy was just a beginning stand-up. But Murphy was undeterred.

“I never accepted failure. I never accepted other people’s opinions. And I kept going back. At the beginning, you’re green, and other guys are jealous,” he said. “They try to minimize you. The reality of it is, I’m still here.”