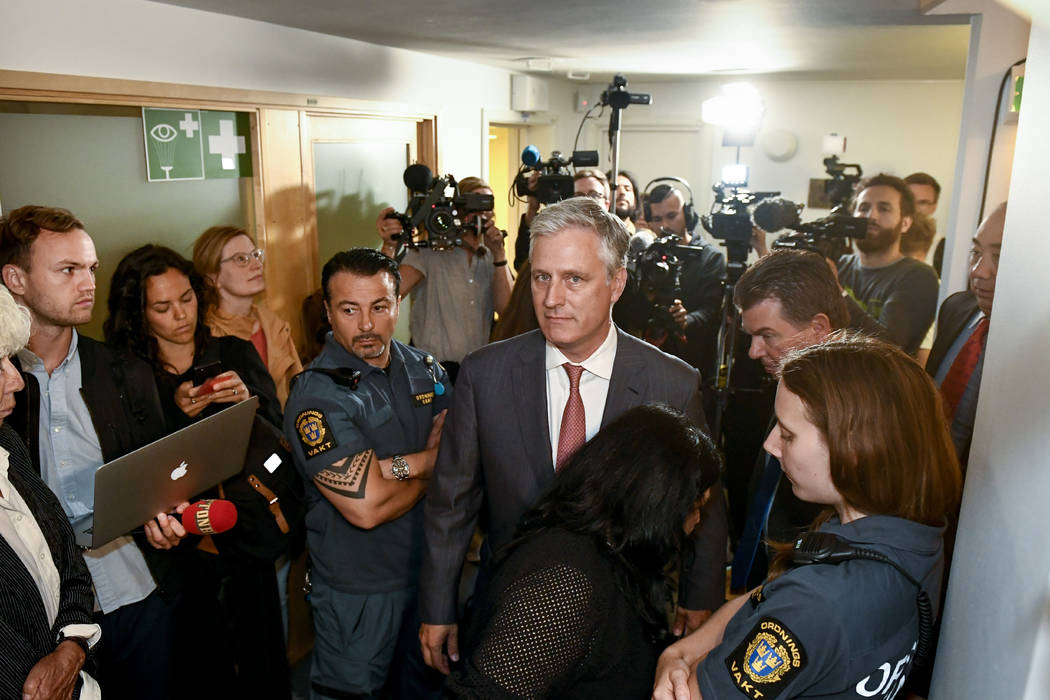 Robert C. O'Brien, U.S. Special Envoy Ambassador, centre, arrives at the district court where US rapper A$AP Rocky is to appear on charges of assault, in Stockholm, Sweden, Tuesday July 30, 2019. American rapper A$AP Rocky and two other men believed to be members of his entourage are going on trial Tuesday in Sweden in a high-profile legal case that has caught the attention of U.S. President Donald Trump and rallied music and entertainment celebrities among others. (Erik Simander / TT via AP) 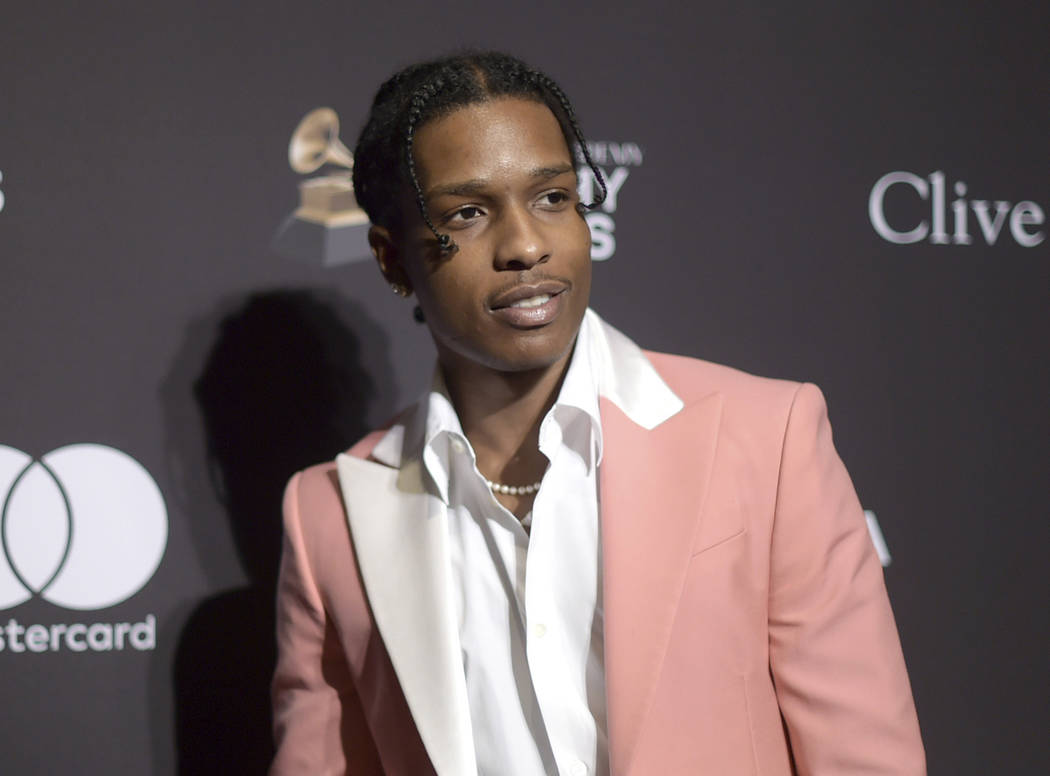 FILE - This Feb. 9, 2019 file photo shows A$AP Rocky at Pre-Grammy Gala And Salute To Industry Icons in Beverly Hills, Calif. Prosecutors in Sweden are dropping the investigation of a man they say was involved in a fight with American rapper A$AP Rocky. The platinum-selling, Grammy-nominated artist whose real name is Rakim Mayers, has been behind bars since early this month as police investigate the fight in Stockholm.(Photo by Richard Shotwell/Invision/AP, File) 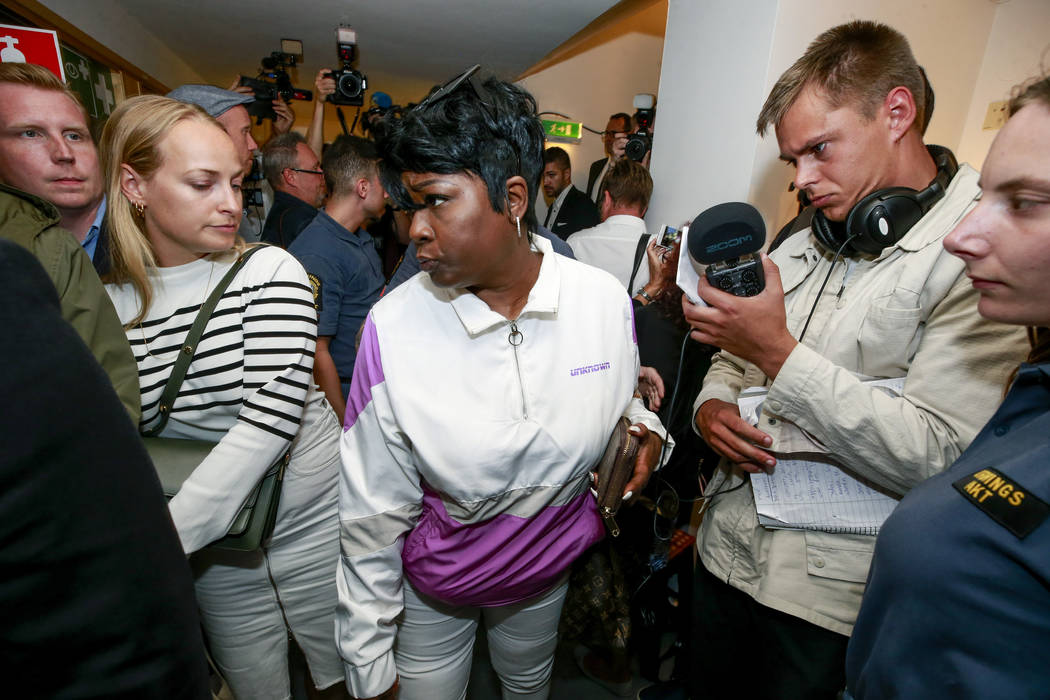 Renee Black returns to the district court in Stockholm after lunch, where her son Rakim Mayers, US rapper A$AP Rocky is appearing on charges of assault, in Stockholm, Sweden, Tuesday July 30, 2019. American rapper A$AP Rocky and two other men believed to be members of his entourage went on trial Tuesday in Sweden in a high-profile legal case that has caught the attention of U.S. President Donald Trump and rallied music and entertainment celebrities among others. (Fredrik Persson/TT via AP) 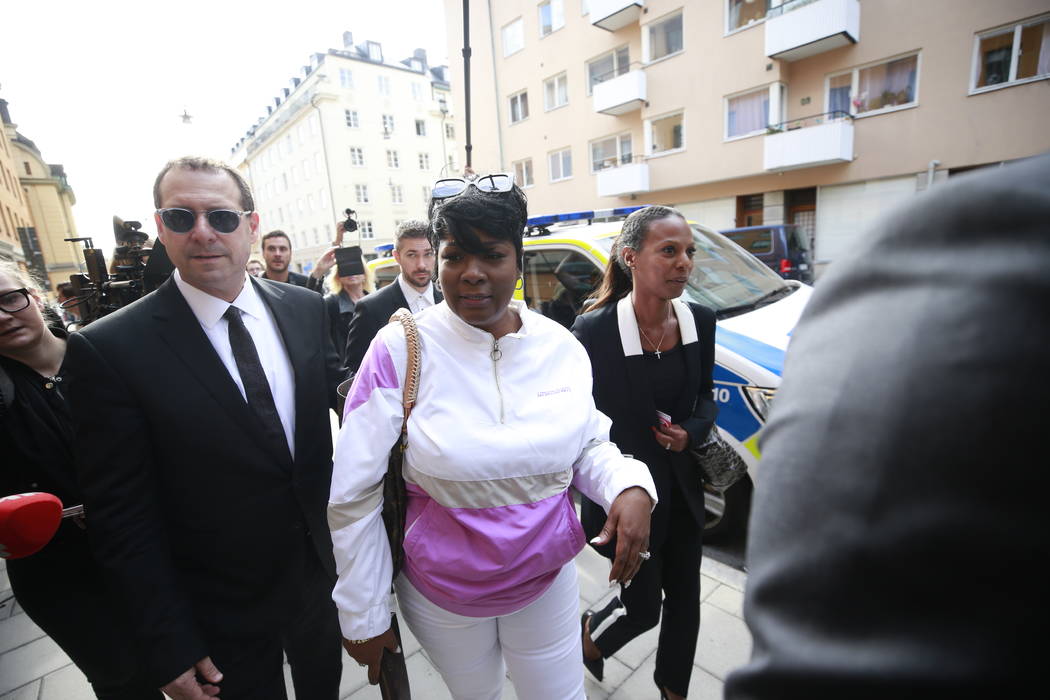 Renee Black, ASAP Rocky's mother, arrives to the district court where US rapper A$AP Rocky is to appear on charges of assault, in Stockholm, Sweden, Tuesday July 30, 2019. American rapper A$AP Rocky and two other men believed to be members of his entourage are going on trial Tuesday in Sweden in a high-profile legal case that has caught the attention of U.S. President Donald Trump and rallied music and entertainment celebrities among others. (Fredrik Persson / TT via AP) 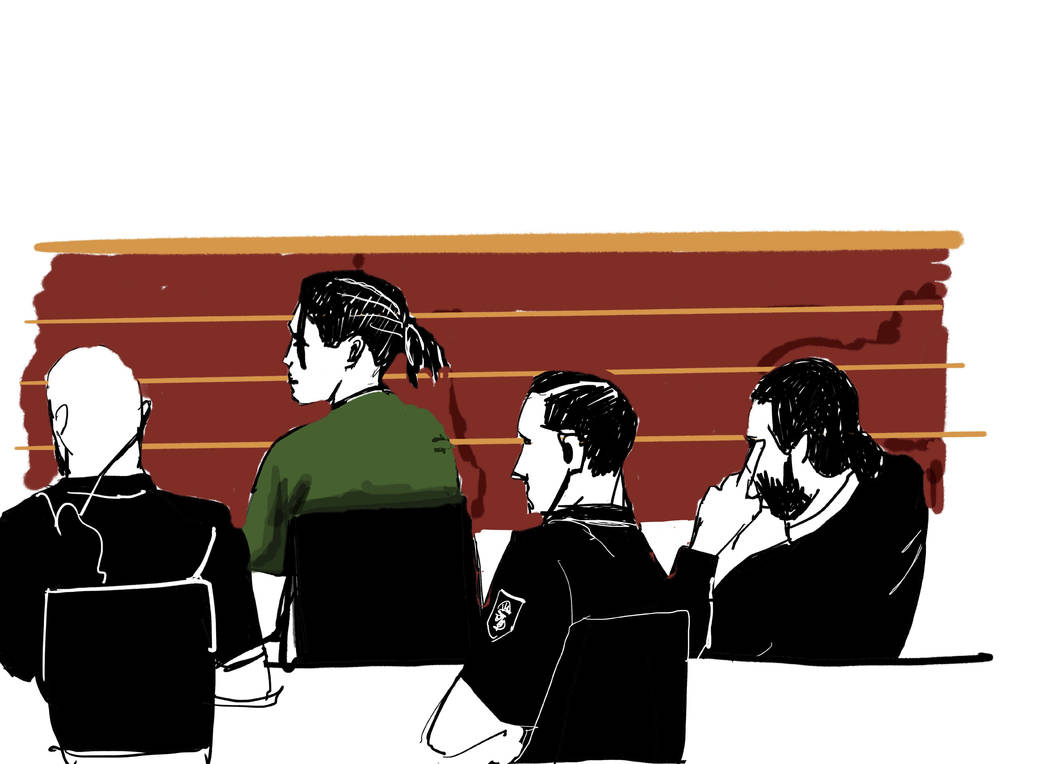 Rakim Mayers known as A$AP Rocky, is seen in green shirt, as he sits in the district court in Stockholm, Sweden, Tuesday July 30, 2019, to face charges of assault, in Stockholm, Sweden, Tuesday July 30, 2019. American rapper A$AP Rocky and two other men believed to be members of his entourage are going on trial Tuesday in Sweden in a high-profile legal case that has caught the attention of U.S. President Donald Trump and rallied music and entertainment celebrities among others. (Court Illustration by Anna Harvard / TT via AP)

HELSINKI — American rapper A$AP Rocky pleaded not guilty to assault as his trial in Sweden opened Tuesday, a month after a street fight that landed him in jail and became a topic of U.S.-Swedish diplomacy.

Rocky, whose real name is Rakim Mayers, is accused with two others of beating a 19-year-old man in Stockholm on June 30. Prosecutors played video footage in court that showed Mayers throwing a young man to the ground.

Wearing sweatpants and a green T-shirt in court, Mayers, 30, pleaded not guilty to an assault charge that carries a maximum penalty of two years in prison. He says he acted in self-defense.

Special envoy Robert O’Brien was seen at Stockholm District Court on Tuesday. Ruth Newman, spokeswoman for the U.S. Embassy in Stockholm, told TT that O’Brien was in Sweden “to look after the well-being of American citizens, which is always our top priority.”

A$AP Rocky’s mother, Renee Black, also attended the proceedings. She has said she was convinced her son was not guilty

“This is a nightmare,” Black was quoted by Swedish media as saying.

Prosecutors and defense lawyers presented competing narratives on the trial’s opening day of what happened the night of the fight.

Prosecutors said 19-year-old Mustafa Jafari and a friend got into an argument with Mayers and one of his bodyguards near a fast-food restaurant where the rapper’s entourage had eaten.

Mayers has published videos on his Instagram account that showed him repeatedly pleading with Jafari and his friend to stop following him and his associates.

Defense lawyer Slobodan Jovicic stressed Tuesday that the rapper and his entourage “didn’t want any trouble” and alleged that Jafari and his friend had exhibited “aggressive and deeply provocative behavior.”

A$AP Rocky previously encountered violent situations on streets because of his fame and “there are some people who don’t always wish him well.” Jovicic said.

“He’s has been harassed in the past. In this case, the bodyguard made the assessment that these people (Jafari and his friend) should move on … and not to come close,” the lawyer said.

Prosecutors alleged in court documents that Mayers and the two other men facing charges beat and kicked Jafari while he was on the ground. Jafari also was hit with parts of or a whole bottle, they alleged. The court file includes photos of Jafari’s cuts, bruises and blood-stained clothes.

Another lawyer representing A$AP Rocky in Sweden, Martin Persson, told public broadcaster SVT that he would present new evidence, including facts that would show “no bottle has been used to hit or injure anyone.”

Any physical aggression by Mayers and his co-defendants was “within the limits of the law,” Persson said.

The rapper was jailed on July 3 and remains in custody. The case drew the attention of American celebrities like Kim Kardashian West and Mayers’ fellow recording artists, including Sean “Diddy” Combs and Justin Bieber. A social media campaign for his release, called #JusticeForRocky, was created soon after his arrest.

Trump also weighed in, asking for a phone call with Swedish Prime Minister Stefan Lofven and offering to personally guarantee the rapper’s bail. The two leaders spoke, but Lofven stressed he couldn’t interfere in a legal case.

Sweden doesn’t let people facing criminal charges out on bail, and A$SAP Rocky stayed behind bars. Once Mayers was charged, Trump criticized the prime minister on Twitter “for being unable to act.”

“We do so much for Sweden but it doesn’t seem to work the other way around. Sweden should focus on its real crime problem! #FreeRocky,” Trump tweeted.

The trial was held in a secure courtroom “because of strong interest from the media and the public,” the Stockholm District Court said. Taking photographs and video was prohibited. The court set aside two more days for the trial. Witnesses are expected to testify Thursday.