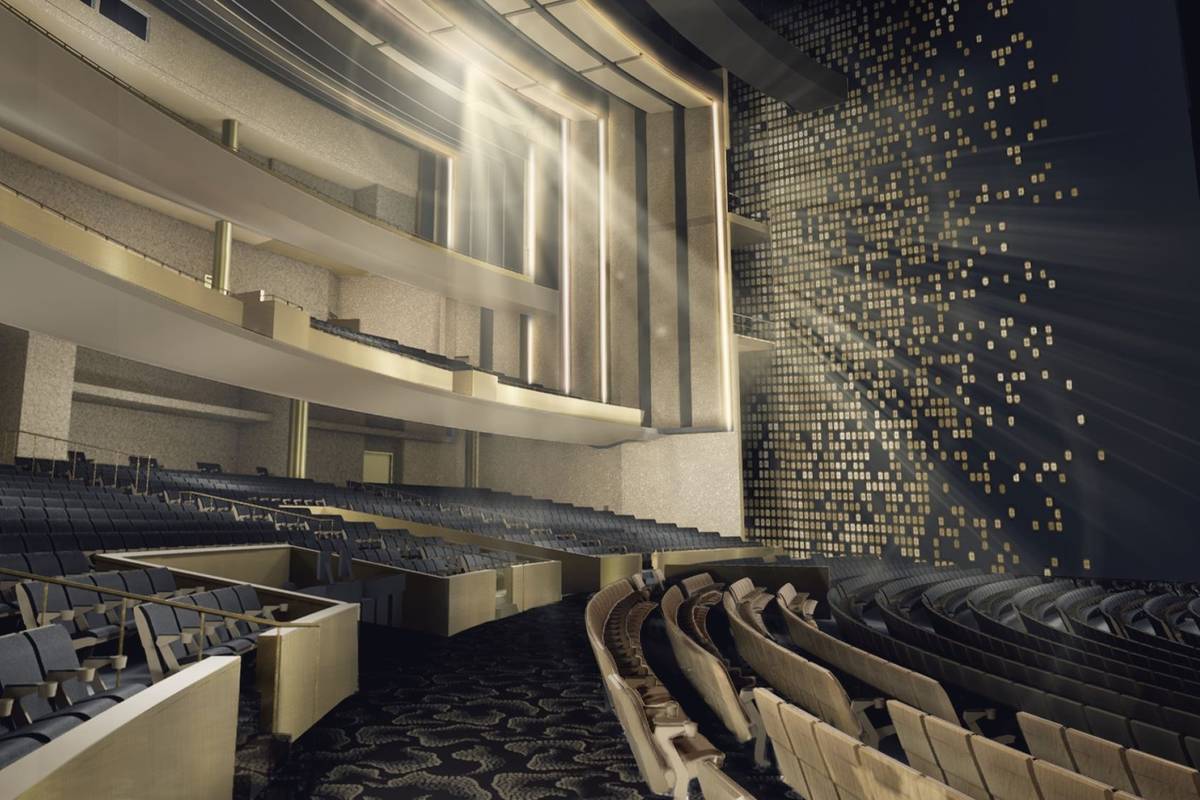 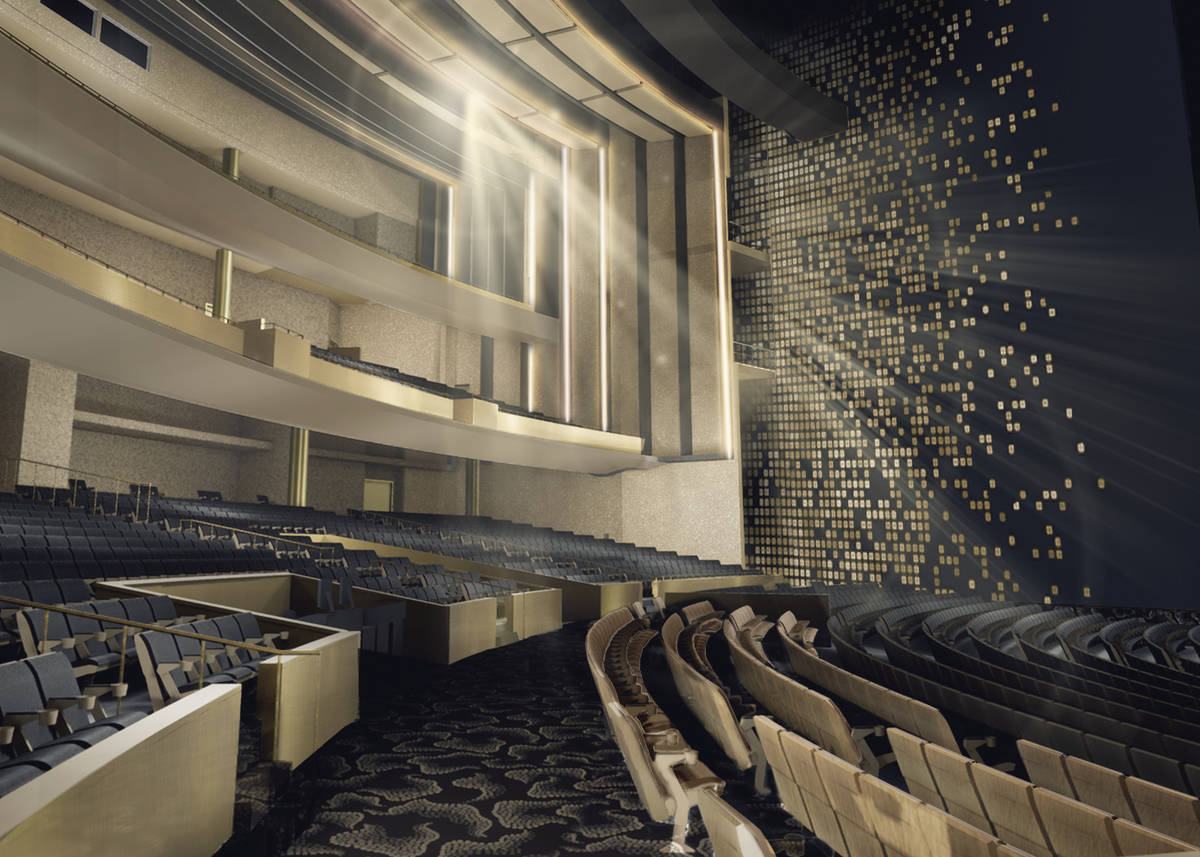 Go ahead, ask Bobby Reynolds if he’s been getting much sleep lately.

The senior vice president of AEG Presents Las Vegas has been in the driver’s seat as the local concert industry has accelerated from idling in neutral at a COVID-19-imposed stop sign to brick-on-the-gas-pedal speeds barreling down an open freeway.

Not only is Reynolds presiding over the new Theater at Virgin Hotels and the first concert at Allegiant Stadium when EDM star Illenium christens the venue next month, he’s also overseeing one of his most ambitious projects yet: the launch of the luxe The Theatre at Resorts World.

“Since I’ve been in town, and that’s been 16 years, nothing like this has opened up — or really anywhere else in the world,” says Reynolds, his animated voice betraying no fatigue despite the aforementioned lack of nightly “The level of sophistication, the level of class — it’s just a more elevated experience than anything else. It’s a more luxurious feel than anything on the Strip. It just is.”

Gleaming with a largely gold-and-silver decor befitting of a walk-in jewelry box, the 4,700-seat venue — with a potential capacity of 5,000 — aims to set a new bar for concert-going lavishness. A four-story-tall lobby illuminated by a grand modern chandelier opens into the main hall with two balcony levels, where no seat in the room is more than 150 feet from the stage.

While The Theatre won’t open until later in the year, four residencies have been announced, including country superstars Carrie Underwood and Luke Bryan, popster Katy Perry and one of Vegas’ all-time most popular performers, Celine Dion.

What was Reynolds looking for when booking resident acts?

“We were looking for what we got, in all honesty,” he says. “More than identifying a genre, we want to get artists that have a legacy in Las Vegas. There’s no one who has a greater or richer or more impressive legacy than Celine does.

“And then we also wanted to get artists that don’t have a legacy in Las Vegas and build that legacy with them in Las Vegas,” he continues. “All three of the other artists fall into that category.”

When said artists do hit The Theatre, they’ll perform on a 13,550-square-foot stage, one of the largest and tallest on the Strip.

“In addition to that, we have one of the biggest stage lifts in the world,” he adds, “so we have the ability to keep set pieces assembled, put them on the lift right on stage level and drop them down one or even two stories. So if we wanted to bring in a late-night comedian or get creative with a corporate event or something like that, we could shuffle around the pieces. We don’t need to just disassemble these set pieces.”

The Theatre’s video presentation is intended to be equally flexible.

To hear Reynolds tell it, it all comes down to the “wow.”

“I think factually, it’s the most technologically advanced and most production-sophisticated venue in the world,” Reynolds contends. “People are going to go in there and be blown away by the aesthetics and that first look you get when you see something.

“The ‘wow’ factor will exist not only through the property,” he adds, “but as you cross the line from the property to the theater, that level of ‘wow’ will, in my opinion, only be increased.”

From A to Z: New nightclub and dayclub bringing big names to Resorts World

He was used to design meetings.

“In my past life, a design meeting started out in a room and everyone was looking at Pinterest boards and things that they printed out,” explains Nicolli, a long-tenured Vegas nightlife executive who spent over 13 years at Wynn Las Vegas.

And then he was hired as vice president at Zouk Group Las Vegas, which is overseeing Resorts World’s nightlife properties.

“My first day with the company started with a trip to Bali,” Nicolli recalls of a work jaunt intended to catalyze ideas for Resorts World’s dayclub. “On that trip, design was based in what’s inspiring you. One of the words that stood out was, ‘authenticity.’

“How do we bring a Balinesian-inspired paradise to Las Vegas Boulevard, a place where you feel you’re being transformed when you walk in?” he continues. “Basically, a second trip on a trip, a destination and a journey.”

The result: Ayu Dayclub, whose Southeast Asian island theme is intended to be exotic and inviting at once.

The emphasis on diversification isn’t just predicated upon genre, but gender as well.

“There’s a ton of talented female artists out there and a lot of them hadn’t played Vegas,” Nicolli says. “Peggy Gou is one that I got to see firsthand during my trip to Bali. How do I get her to do a residency with us?

“It was meaningful because it was something different,” he continues, “She hadn’t done in a show in Vegas yet. One of the personal goals of trying to create this really well curated lineup is how do have these pieces that are very different from the competition.”

While the Zouk brand may be new to Vegas, the company has a distinguished 30-year-history in Asia.

This became an asset when recruiting performers.

“Coming in, my knowledge base of how much the talent industry knew about Zouk was a concern,” Nicolliadmits. “All of a sudden, I started getting on the phone. Tiesto’s like, ‘Oh, my first show in Asia was at Zouk.’ That became very common in talking to the management teams. They not only knew Zouk, they knew the high standards and notoriety that Zoul held in that marketplace. It was almost instant credibility.”

Now it’s time to put that credibility to the test here.

“In that same room we have the ability to bring two different experiences that make you feel, in essence, that you were at two different venues,” he continues. “That was the goal.”