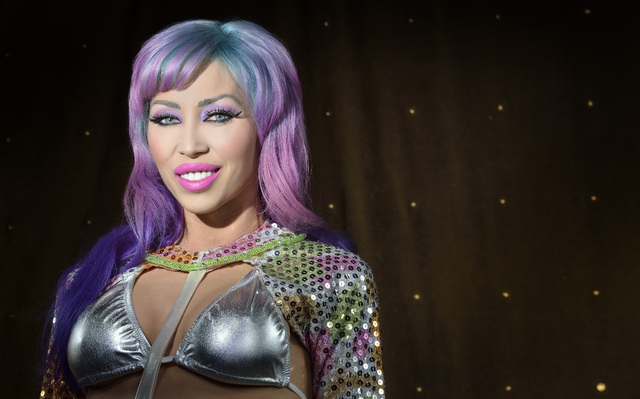 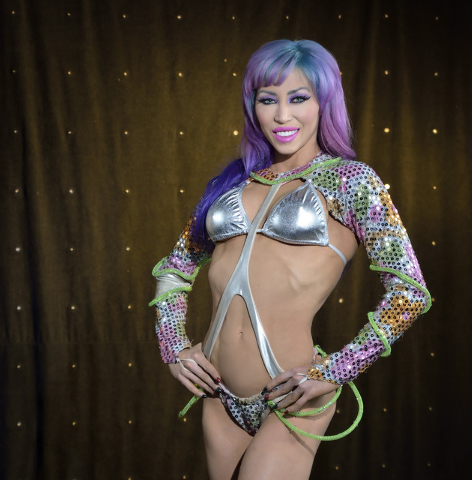 Named after a Polynesian island her parents once visited (she finally made it there around age 15 and “loved it”). … Started gymnastics at 1 and did gymnastics for about 11 years. … After that, got into ski racing and competed in Canada for about three years. … Has attended Ecole Nationale de Cirque, a circus training school in Montreal. … Started dancing professionally in Los Angeles about four years ago. … Moved to Las Vegas in April 2011; Las Vegas credits include “Bite” and “Raack N Roll” and joined “X Rocks” when the show opened last year. … Holds a degree in apparel manufacturing and is a clothing designer. … Practices yoga and is an astrologer, also does freelance styling and modeling. … Possible future careers: Starting a clothing line and opening a yoga studio. … Loves Madonna and has a “What Would Madonna Do” tattoo on her arm.

On inspiration for her diverse interests:

“I’ve always had a love for the creative arts and, just, out-there things. I started listening to really interesting music when I was in Montreal, and even before that I had eclectic tastes in music. A lot of music drives what I do and gives me inspiration to say, ‘Maybe I should try this out.’ But, as far as creativity goes, I like all aspects, across the board. I try to do a little bit of everything.”