The big game is here. And for a lot of dudes, that’s not even the one on TV.

Super Bowl XLV is the main event, but it falls near the end of what could be an unparalleled guys’ weekend on the Strip.

Along with the most closely matched Super Bowl of recent years, with the potential for record betting, there’s the UFC tradition of a big pre-Super Bowl card at Mandalay Bay — Silva vs. Belfort, already sold out — and even a live Sunday football option in Lingerie Bowl VIII at the Thomas & Mack Center.

If you haven’t been in training, too late to start now. But you can heed survival tips from some of the comedians who will be around to fuel the fun.

It’s a long time between Joe Rogan’s 9 p.m. stand-up show today and the kickoff at 3:30 p.m. Sunday. If this game is as close as it’s supposed to be, you’ll hate yourself for nodding off in the second quarter.

"You’re asking a lot from your body in a Vegas weekend. You’ve got to eat good food, and you’ve got to be healthy," says Rogan, who balances stand-up with his work as a UFC commentator. "You’ve got to look at it systematically. Obviously, I’m not getting as much sleep as I need, and I’m drinking more alcohol than I should, so how do I combat that?

"You have to take in a lot of water and a lot of electrolytes. I prefer coconut juice if you can get it. It’s become quite a thing among my friends. They’ve been mixing it with vodka."

If coconut juice proves to hard to lay hands on, Bobby Slayton, back for a limited run in his old stomping ground at Hooters Hotel, has an alternative:

"If you’ve seen ‘Pulp Fiction,’ all you need is a syringe full of adrenaline, to plunge into your heart," he says. "First of all, insurance will accept it as long as you tell them you are going to Vegas for Super Bowl weekend. I always carry one in my little pharmaceutical bag, like Elvis did."

"It can go off the tracks if you don’t know when to go to bed," Rogan says.

"There’s a certain point in time when the night is no longer fun. And usually I say you’ve got to go to bed when you see the first fat girl walking barefoot and carrying her shoes. That’s your groundhog day, right there. She’s given up, and you probably should, too."

Vinnie Favorito, the Flamingo’s in-house insult comic, suggests an early start. And finish. "On Saturday night while you still have your money, get your hooker around 5 o’clock, do your drinkin’ from 6 to 7 and then wrap it up. Get your little footsie pajamas with your favorite team on them and grab some shut-eye.

"A lot of guys wake up Sunday and don’t have the money to bet on the game they had the night before."

But if you ignore this advice? Worth it, says Tom Arnold, who has to wait until he performs at The Orleans on Feb. 19 and 20. "It keeps you going the rest of the year. Just that one weekend in Las Vegas, that one long weekend," he recalls of the sleepless turnarounds during his meat-packing days in Iowa.

Agreed, says Mark Curry, doing his stand-up at the Las Vegas Hilton this weekend. "The key to pacing yourself is … DON’T PACE YOURSELF," he hollers. "Dive into it. Drink a lot of Red Bull, drink a lot of caffeine, and eat a lot of bread to soak up the liquor.

"Go for it 100 percent. Take these opportunities. Why? You’re not going to get a chance to get out of the house again until March Madness."

Surprisingly, some of our expert comedians tried to discourage this excursion.

"Go to Taco Bell instead," Slayton says. "First, you can’t spend more than $10 there. Second, if your wife sees it on your charge card, you’re not in trouble. Third, unlike the champagne room, you know exactly what you’re getting, and you’re getting what you pay for."

"Ever since I had daughters, I shy away from strip clubs," Rogan says. "You start thinking of the process that created them. … Your daddy wasn’t there. You’re missing love. You need an exorbitant amount of male attention."

Rogan has taken to pool as an alternative. "Vegas is one of the few cities left in this great country of ours that has 24-hour pool halls."

On the other hand …

"If you’re a man, go. If your woman gonna get mad, she gonna get mad," says Curry. "I believe that all women should learn to dress and dance like a stripper. When a man comes home, he wants a woman dancing on a stage he built from Home Depot."

Curry also gives you permission to name-drop him. "Just happen to end up there," he says. "Just tell her you were hangin’ out with a famous person: ‘We saw "Mr. Cooper" and he led us in. We didn’t know what we were walking into.’

Many a man has his fantasy of re-creating "The Hangover" derailed by these words: "We’re coming along, but don’t worry. You won’t see us. Me and the other girls will go our separate ways as soon as we get there."

Can it really be an ultimate guys and girlfriends/spouses weekend?

"Either hang out with them or leave ’em at home, but don’t let them be wandering around Vegas on their own," Rogan says. "Vegas is a place of predators."

"It’s a lot like having a child. If you can get ’em tired out by 7 or 8 o’clock, you can go out," says Slayton. "If you can take her for a massage and a pedicure, she’s exhausted. It will cost a lot, but it’s still cheaper than a hooker and a divorce lawyer."

Curry says do all you can to leave women at home, even if it means lying about catching 5 a.m. flights. And if you successfully escape, "Call her too much. All the time, all the time," until she’s sick of hearing from you and begs you to stop.

Remember, it probably won’t live up to all your expectations.

It certainly won’t live up to Jim Norton’s.

He won’t be at Sunset Station until next weekend. But if he could spend this one here, he has an ideal of perfection:

The game itself would be in the company of Charlie Sheen. "Charlie, myself and 10 of the world’s worst actresses would settle in and begin shoving potato chips and hoagies into our faces. And, although I look like a baboon without a shirt, the women would constantly be caressing my abs and telling me I belong on ‘Jersey Shore.’

"At halftime, Ozzy Osbourne would show up with Justin Bieber. Charlie, Ozzy, myself and the prostitutes would have the time of our lives telling Justin how much we hate his Janet Reno haircut until he left in tears. We would then enjoy the rest of the game, and not once would one of the girls ask us to explain the rules, or stand in front of the television." 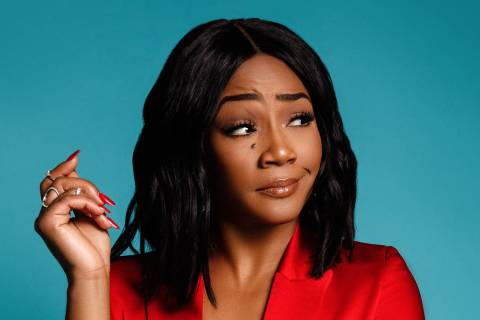 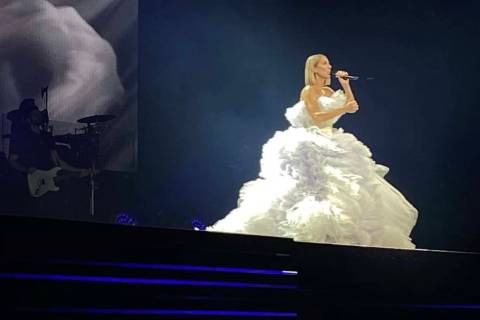 Celine Dion, a hit in Las Vegas, takes the show on the road
By John Katsilometes / RJ

Fans in Nashville rejoiced in ending an 11-year wait to see Celine Dion, as Bridgestone Arena was ignited and packed beyond its 13,000 capacity. 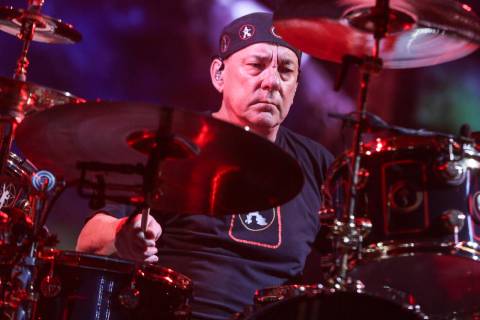 The news that rock great Neil Peart had died was total shock, the type of information that leaves you dizzy, even confused.