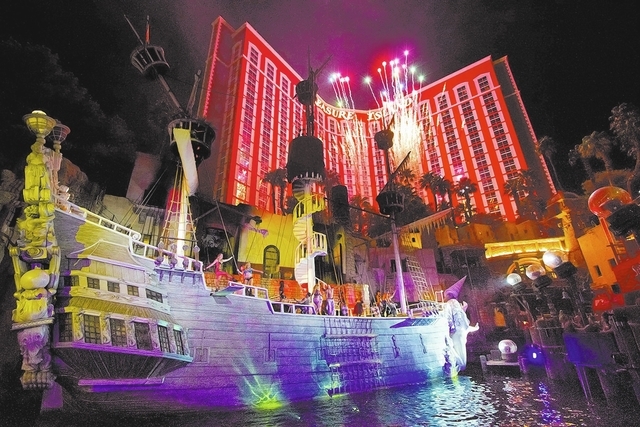 “Sirens of TI” has closed after a 10-year run. (Courtesy photo)

Treasure Island’s sexy outdoor show “Sirens of TI” has closed after a 10-year run. Cast and crew were notified Friday during a mandatory meeting.

When the show closed Oct. 21, the reason given was construction on a three-story, 48,000-square-foot retail space. It was to reopen just before New Year’s.

“They lied to us and told us we would have a job,” said a cast member. “And then they called us today to come in and sign separation papers and turn in ID’s.”

The pirate ships were a traffic stopper from the start. The Strip was temporarily closed so one of the boats could be transported to the T.I. Hotel developer Steve Wynn and Michael Jackson appeared at the ship’s helm when it arrived.

Choreographer Kenny Ortega put together the “Sirens of TI” show in 2003, switching from a male-dominated Disney-esque production to a more dancer-driven show. Hundreds of ship weddings were held over the 20 years.