More than 100 celebrities from the beloved sci-fi franchise are attending the Official “Star Trek” Convention
Las Vegas Review-Journal
August 1, 2019 - 11:10 am 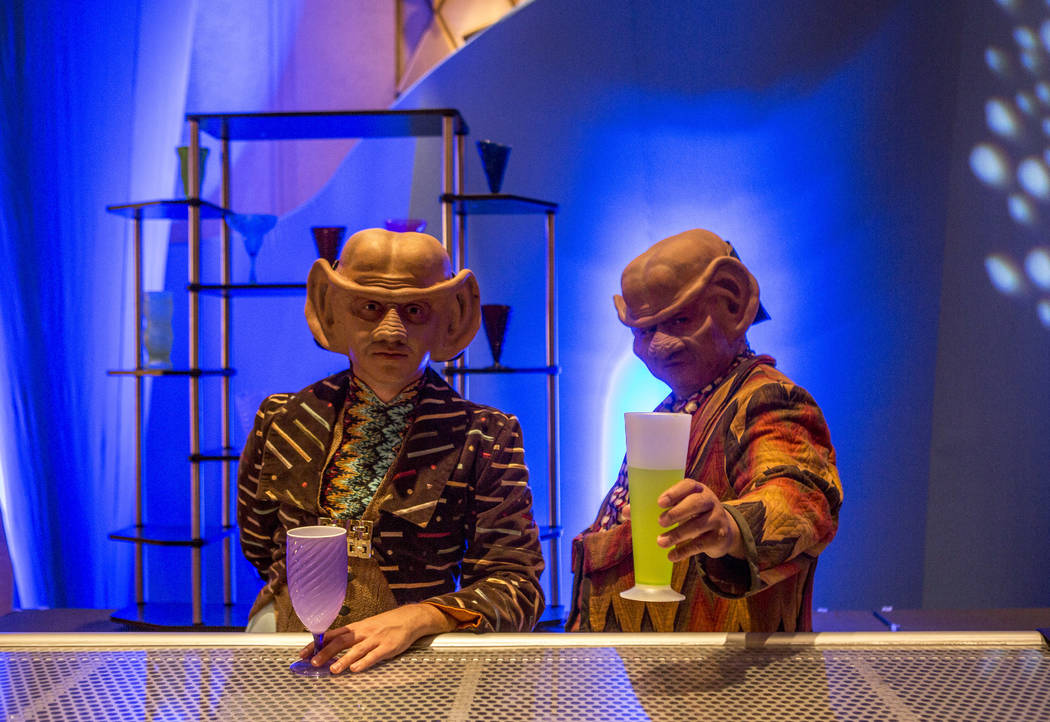 More than 100 celebrities from the beloved sci-fi franchise are attending the Official “Star Trek” Convention at the Rio. The annual gathering runs through Sunday with a variety of activities and events available for fans, including the Klingon Karaoke party, panel discussions, cosplay contest and costume parade. To celebrate the return of Patrick Stewart in the upcoming series “Star Trek: Picard,” attendees can view original props, costumes and artifacts in the exhibition “Jean-Luc Picard: The First Duty.” The Saturday Night Gala features a performance by Brent Spiner (known for portraying the android Data), and separate tickets are available for $60. Admission to the convention is $60 to $90 per day. For more information, visit creationent.com.

If love is a battlefield, husband-and-wife duo Pat Benatar and Neil Giraldo have been manning the front lines for 37 years. She’s the hit-maker with jukebox staples such as “Hit Me With Your Best Shot,” “We Belong” and “Invincible,” among others, and he’s played guitar on all 11 of her studio albums, the couple remaining in harmony on stage and off. See them at 8 p.m. Friday and Saturday at the Encore Theater at Wynn Las Vegas. Tickets are $49.50 to $129.50; call 702-770-9966.

She’s one of the most influential stars in the history of television. Now, on what would have been her 108th birthday, Lucille Ball is headed to the big screen. Five episodes of “I Love Lucy” — “The Million Dollar Idea,” “Lucy Does a TV Commercial,” “Pioneer Women,” “Job Switching” and “L.A. at Last!” — will be presented in color as part of “I Love Lucy: A Colorized Celebration.” See them at 7 p.m. Tuesday at the Cannery, Orleans, Sam’s Town, Santa Fe, South Point and Village Square.

Boulder City, the little town that loves to label all things after its most prominent feature, will celebrate its restaurant week Sunday through Aug. 10. Participating restaurants will offer prix-fixe menus ranging from $15 to $60, and $2 to $4 for each one sold will be donated to three local educational programs. For a list of restaurants, go to bouldercityrestaurantweek.com.

Fergusons Downtown, 1028 Fremont St., will launch the Magikgyal Chakra Series, an eight-week course exploring the seven major energy centers, on Wednesday. Each session “will begin with a 30-minute presentation, followed by a clearing and balancing of each chakra while each participant is meditating with a provided crystal.” Homework assignments will be given out each week, then burned during a graduation ceremony at the conclusion of the course. The series costs $204 plus fees; reserve your space at fergusonsdowntown.com/workshops.