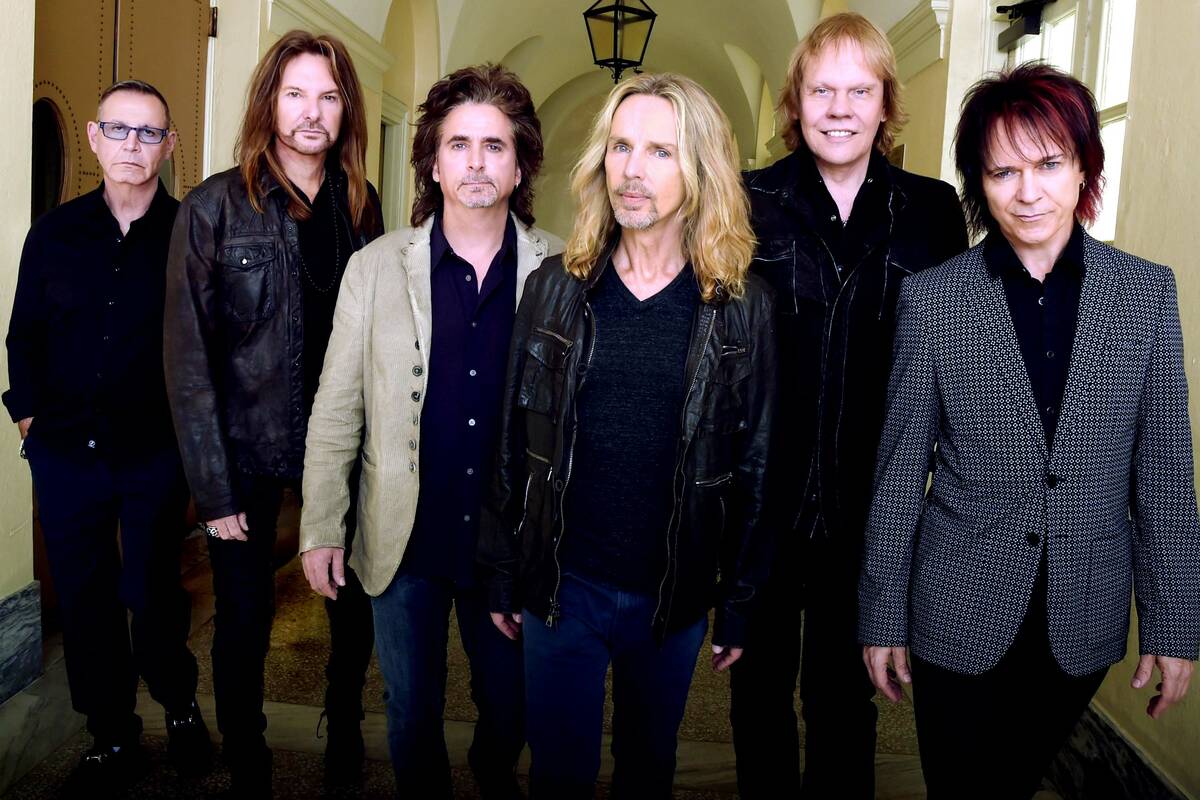 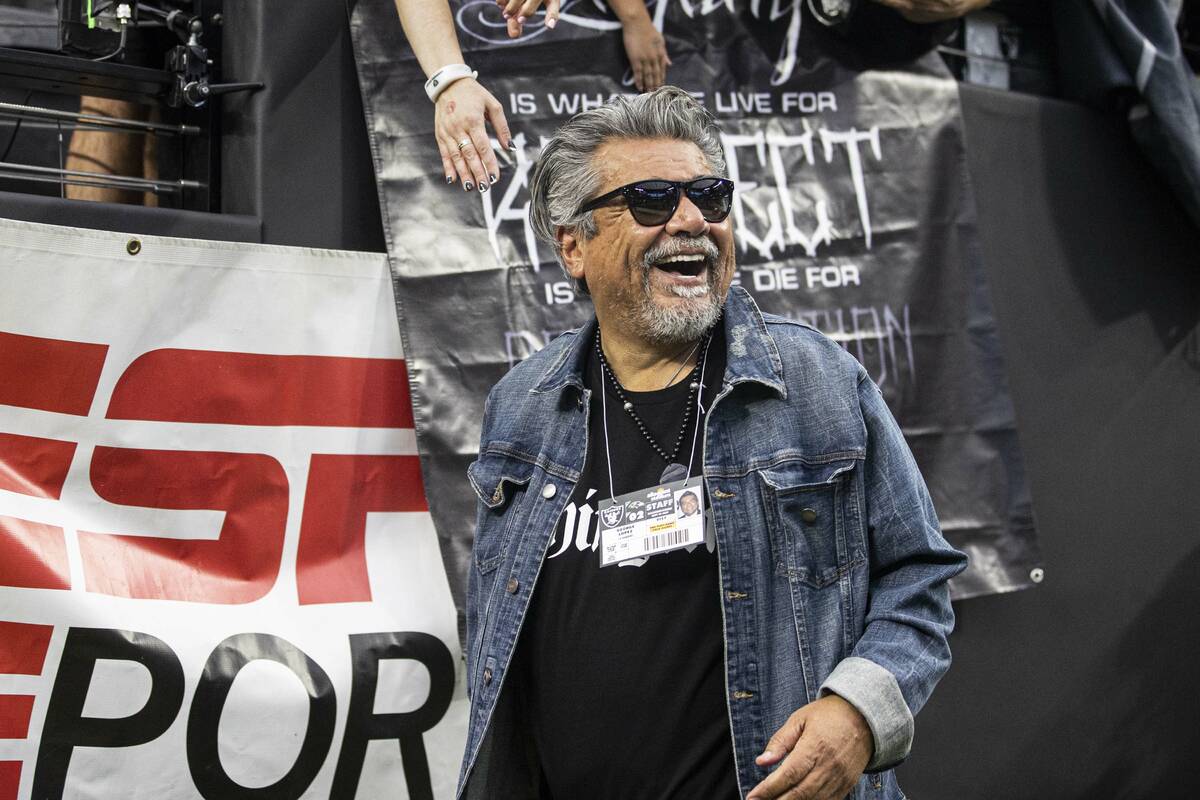 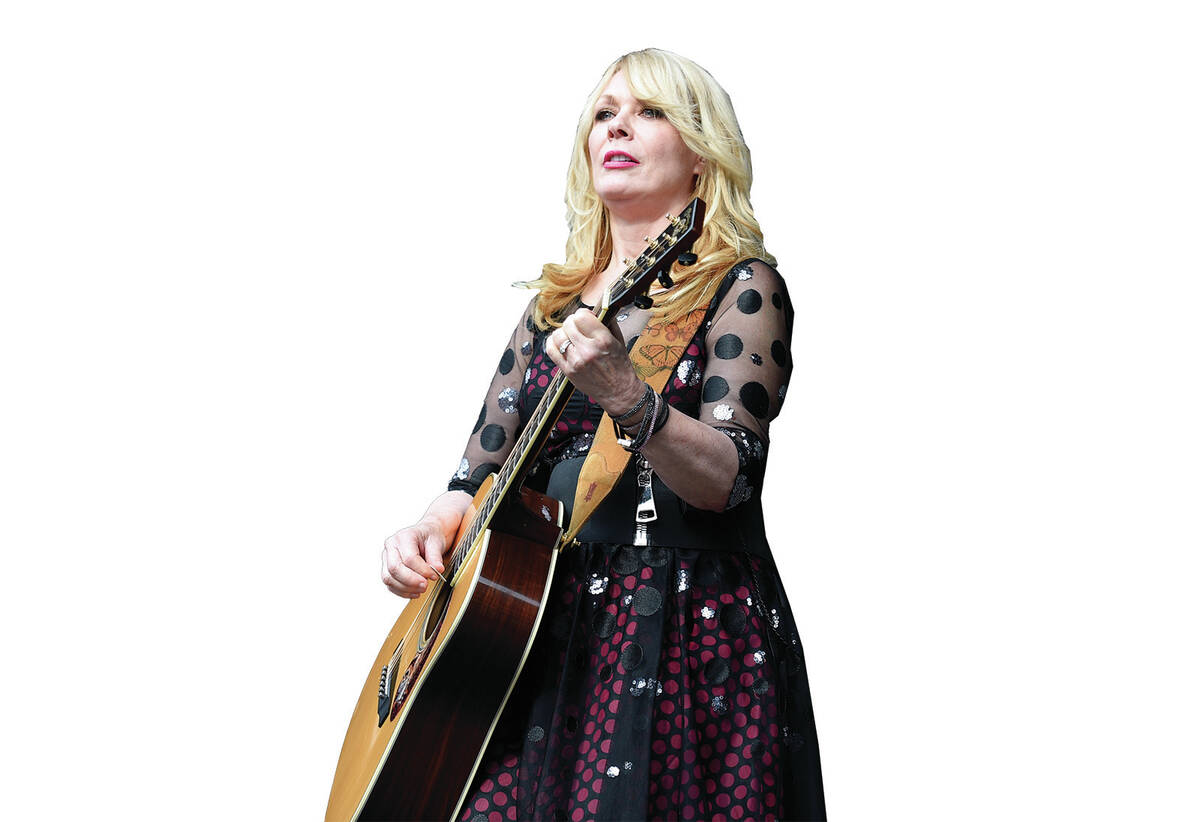 FILE - Nancy Wilson of Heart performs at RFK Stadium in Washington on July 4, 2015. Wilson released her first solo album, “You and Me.” (Photo by Nick Wass/Invision/AP, File) 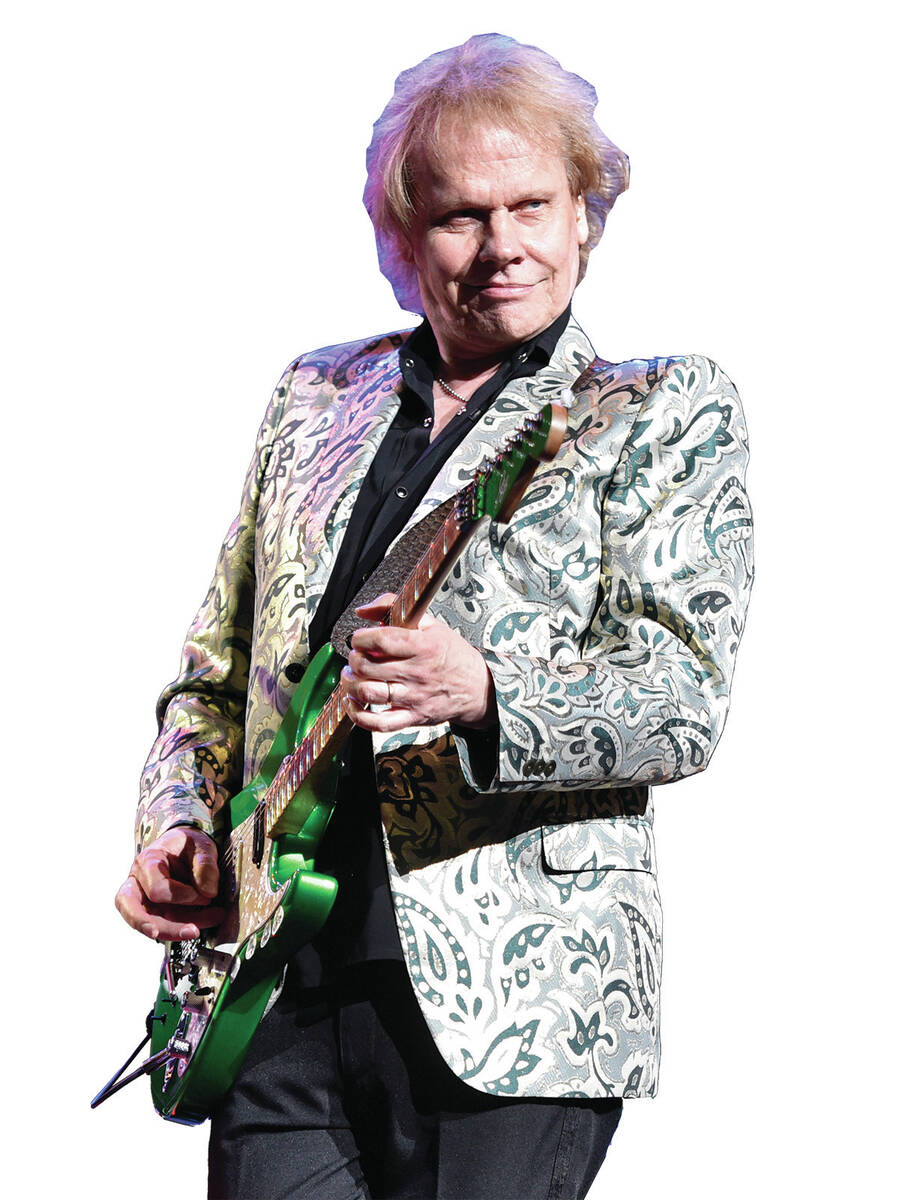 James Young, left, and Tommy Shaw of the band Styx perform in concert at the Hollywood Casino Amphitheater on Saturday, July 1, 2017, in Tinley Park, IL. (Photo by © Rob Grabowski/Invision/AP) 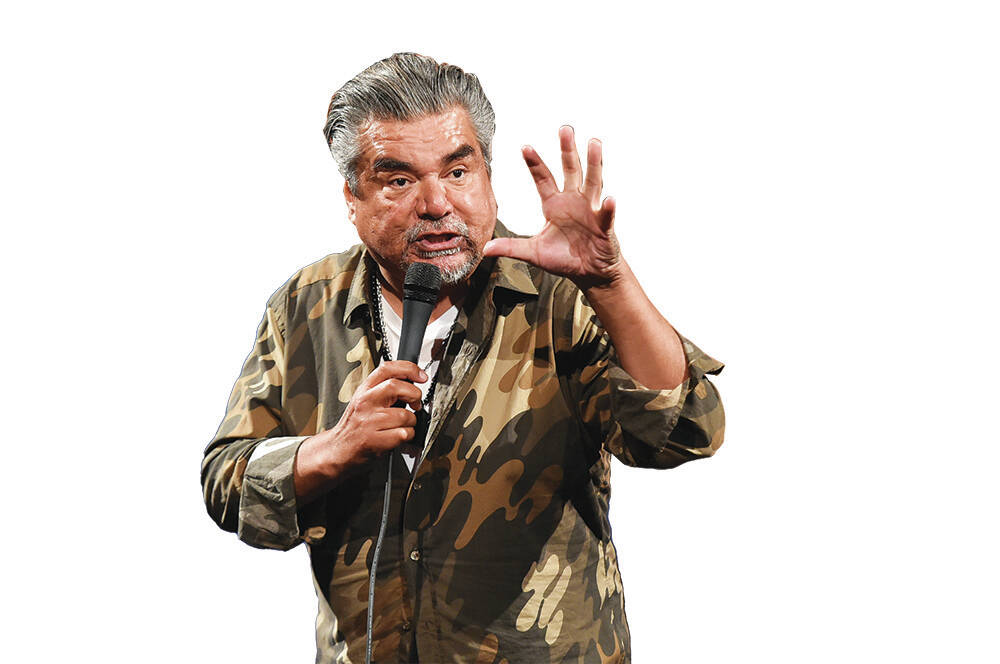 George Lopez performs during "Stand Up for Haiti" comedy fundraiser on Monday, Aug. 30, 2021, at The Laugh Factory in Los Angeles. (Photo by Richard Shotwell/Invision/AP)

It’ll be a collaboration of rock superstars when the megaselling classic rock group Styx joins Nancy Wilson, the guitar virtuose from Heart, in five shows at The Venetian. Showtime is 8 p.m. Friday and Saturday, Jan. 28-29; Wednesday, Feb. 2; and Friday and Saturday, Feb. 4-5. Tickets start at $41. 702-414-9000

There’s more to the NHL’s All-Star Weekend than just the game and the skills contests. So much more. The league’s Fan Fair is taking over 300,000 square feet of the Las Vegas Convention Center’s West Hall Feb. 3-6, for four days of interactive games, prizes, photo opportunities, appearances by NHL alumni, memorabilia and trophy displays including the Stanley Cup, and the NHL Mascot Showdown that will feature the Golden Knights’ Chance competing alongside each team’s costumed creations. Tickets are $12-$15 at NHL.com/FanFair.

What organizers bill as America’s longest-running college football all-star game rumbles into Allegiant Stadium Thursday, Feb. 3. Participating will be 125 of the nation’s top college seniors, who will be coached by NFL staffs in front of, you can be sure, NFL scouts and agents. The event supports Shriners Hospitals for Children, so you’re free to feel virtuous as you extend your college football-viewing season a bit longer. Kickoff is at 5 p.m. Tickets start at $19, and standard admission is $39. allegiantstadium.com/events

George Lopez, whose multifaceted career encompasses stand-up comedy, a groundbreaking late-night talk show, a self-named sitcom that ran for six seasons and film, comes to the Mirage as part of the resort’s Aces of Comedy series. Shows begin at 10 p.m. Friday, Jan. 28, and Saturday, Jan. 29 and tickets start at $59.99. 800-963-9634

Who pops their tops in January? Bert Kreischer, that’s who. The winter chill can’t stop the burly comic from going shirtless at his shows. Why does he do it? Because it matches his comedy, where Kreischer lays himself bare in stories that chronicle his journey from party-hard frat dude to doting dad in candid, frequently self-lacerating fashion. Basically, he’s the comedian everyone wants to have a beer with. See why at 8 p.m. Friday at The Theater at Virgin Hotels Las Vegas, 4455 Paradise Road. Tickets start at $49; axs.com.

On Oct. 27, 2018, a gunman opened fire at Pittsburgh’s Tree of Life Synagogue in the deadliest antisemitic attack in U.S. history. Survivors and the families of victims recount that tragic day in the documentary “A Tree of Life.” The free screening is January’s virtual installment of the Las Vegas Jewish Film Festival. It’s available Saturday, Jan. 29, through Monday, Jan. 31, followed by a pre-recorded discussion that includes director Trish Adlesic. For more information, see lvjff.org.

Michael S. Green, an associate professor of history at UNLV, will read from and sign copies of his book, “Lincoln and Native Americans” at 7 p.m. Thursday, Feb. 3 at The Writer’s Block, 519 S. Sixth St. The book explores President Abraham Lincoln’s interactions with, and attitude toward, Native American peoples from both a personal and political perspective. Free. thewritersblock.org

A Public Fit Theatre Company will present a staged reading of “Skeleton Crew,” by Dominique Morisseau, at 7 p.m. Friday, Jan. 28, and 2 p.m. Saturday, Jan. 29, at the Clark County Library, 1401 E. Flamingo Road. The play examines the effects that the potential closing of a Detroit autombile machine shop has on the lives of its workers and, potentially, an entire generation. A discussion between audience members and cast and crew will follow. Free. 702-507-3459.

The Hammond B3 organ distills one of music’s most distinctive and wide-ranging sounds, capable of blaring like a big band or shuffling like a jazz trio. And few play it better than Melvin Seals. Best known as the keyboardist for the Jerry Garcia Band, Seals has spent a lifetime jamming with the likes of Charlie Daniels, Elvin Bishop and Chuck Berry. See him get loose at 7:30 p.m. Friday at Brooklyn Bowl at The Linq, 3545 S. Las Vegas Blvd. Tickets are $35; brooklynbowl.com/las-vegas.

With help from the San Miguel Band of Mission Indians, the Discovery Children’s Museum has gathered artifacts from the Clark County Museum, the Lost City Museum and local tribes to compile a display that highlights the handiwork of Indigenous peoples. See rattles, beadwork, basketry and more. Through Feb. 28 on the museum’s third floor. Museum admission $12.50. 360 Promenade Place, discoverykidslv.org 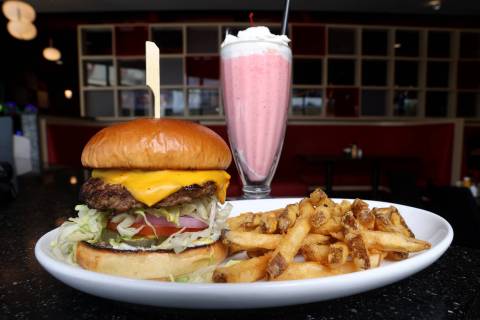