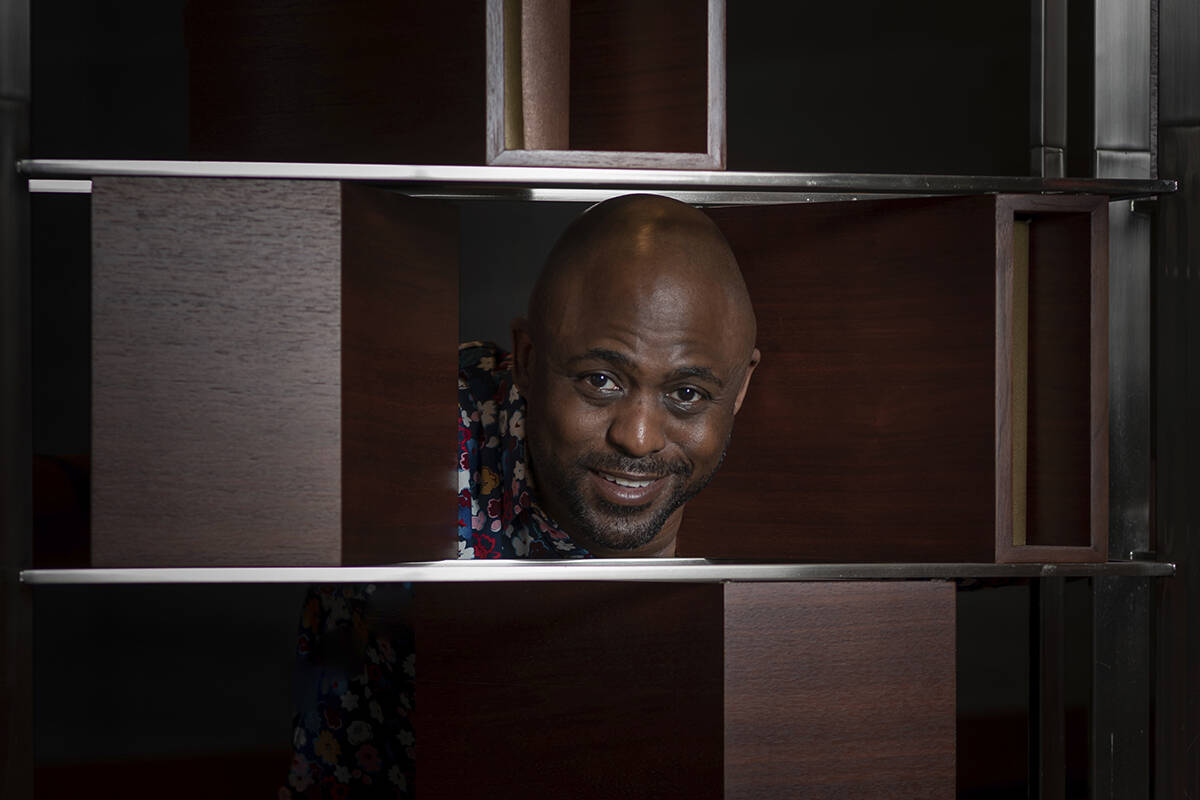 Actor, comedian and singer Wayne Brady poses for a portrait at the Park Hyatt Hotel in New York on May 19, 2021 to promote his new spoken word track, "A Piece by the Angriest Black Man in America (or, How I Learned to Forgive Myself for Being a Black Man in America)." (Photo by Christopher Smith/Invision/AP)

The versatile Wayne Brady, a five-time Emmy winner whose professional pursuits have ranged from game shows to TV drama and comedy to Broadway, offers up his comedic skills Saturday, Jan. 15, as part of The Mirage’s “Aces of Comedy” series. The show starts at 10 p.m. in The Mirage Theatre and tickets start at $39.99. 800-963-9634 or mirage.mgmresorts.com

Ally McBeal’s favorite singer-songwriter (kids, ask your parents) will perform favorites from that memorable TV show — just try to listen to “Searchin’ My Soul” without the opening credits unspooling in your head — other originals and some classics on Friday, Jan. 14, and Saturday, Jan. 15, at Myron’s Cabaret Jazz at The Smith Center. Tickets start at $39 and showtime is 7 p.m. thesmithcenter.com

Majestic Repertory Theatre puts a new spin on a classic 1996 horror flick with “The Craft: An Unauthorized Musical Parody,” which examines what happens when a group of teenage girls turn to witchcraft to solve their problems. The gothy goodness, which includes an all-woman live band, runs from Jan. 20 through March 13 at Majestic Repertory Theatre, 1217 S. Main St. Tickets start at $30. www.majesticrepertory.com

This exhibit, at North Las Vegas’ too-often-overlooked Left of Center Gallery, honors the Tuskegee Airmen, a unit of Black fighter pilots who served in WWII on behalf of a country that largely denied their humanity. Artists include Harold Bradford, Lolita Develay (whose father was a Tuskegee Airman), Joseph Watson and more. Jan. 19-March 26, with an artists’ reception at noon, Jan. 22. 2207 W. Gowan Road, leftofcenterart.org

We told you the Las Vegas Raiders’ season-ender would be something, and we were right — could that overtime win over the Los Angeles Chargers last Sunday have been any more exciting? Not to press our luck, but we’re also feeling pretty stoked about the Raiders’ wild card game Saturday, Jan. 15, against the Cincinnati Bengals. It’s in Cincinnati, unfortunately, but that won’t keep local sports bars and sports books from rocking. Kickoff is scheduled for 1:30 p.m. Saturday.

She acts, writes, produces and directs, co-created the TV series “2 Broke Girls” and does devastatingly funny stand-up comedy. And the multitalented multi-hyphenate imparts to all of it wicked intelligence and razor-sharp wit. Cummings brings her “Touch Me Tour” to the Encore Theater at Wynn Las Vegas for a one-night-only appearance Saturday, Jan 15, at 8 p.m. Tickets start at $45. wynnlasvegas.com

7. ‘The Importance of Being Earnest’

Though it’s described by Wikipedia as “a farcical comedy in which the protagonists maintain fictitious personae to escape burdensome social obligations,” this play is not, in fact, about social media during the pandemic. Rather, Oscar Wilde’s witty hit sends up Victorian stiffness, particularly with its frivolous treatment of the institution of marriage. Thus its subtitle, “A Trivial Play for Serious People.” Sounds like just the release valve for this deeply serious moment. Jan. 14-30, $30, 3920 Schiff Drive, lvlt.org

It sounds like a bright, breezy summer day — and then come the lyrics to provide a little cloud coverage. “I’m not alright,” Bryce Vine sings on the song of the same name. “You’re not alright.” Maybe not, but Vine’s skilled at rendering heartache instantly hummable, as he does here and elsewhere. He cites rapper J. Cole and ’90s radio rockers Third Eye Blind as his primary influences, and that’s a good genome map of his discography, where hip-hop and hook-heavy songcraft come intertwined like strands of DNA. See him at 7:30 p.m. Sunday, Jan. 16, at the House of Blues at Mandalay Bay, 3950 Las Vegas Blvd. South. Tickets start at $33; houseofblues.com/lasvegas.

Most of us weren’t lucky enough to see The Beatles in person. Luckily, “The Fab Four: The Ultimate Tribute” is here to give us a taste of what that might have been like. The Beatles tribute group has released three albums and won an Emmy award for their PBS special. They’ll bring a bit of the Swinging Sixties to The Orleans Hotel and Casino Showroom for two performances Friday, Jan. 14, and Saturday, Jan 15. Showtime is 8 p.m. Tickets start at $29.95 plus taxes and fees. 800-745-3000 or orleanscasino.com

Right now, anything associated with the word “pastoral” will be getting our attention, so the Las Vegas Philharmonic’s Saturday, Jan. 15, performance of Beethoven’s “Pastoral Symphony” sounds like just what the therapist ordered. It’s part of the Philharmonic’s season-long celebration of Beethoven, and the program also will include Beethoven’s eighth symphony as well as Mozart’s “A Musical Joke” and Caroline Shaw’s “Entr’acte.” It begins at 7:30 p.m. at Reynolds Hall at The Smith Center, and tickets start at $29. lvphil.org