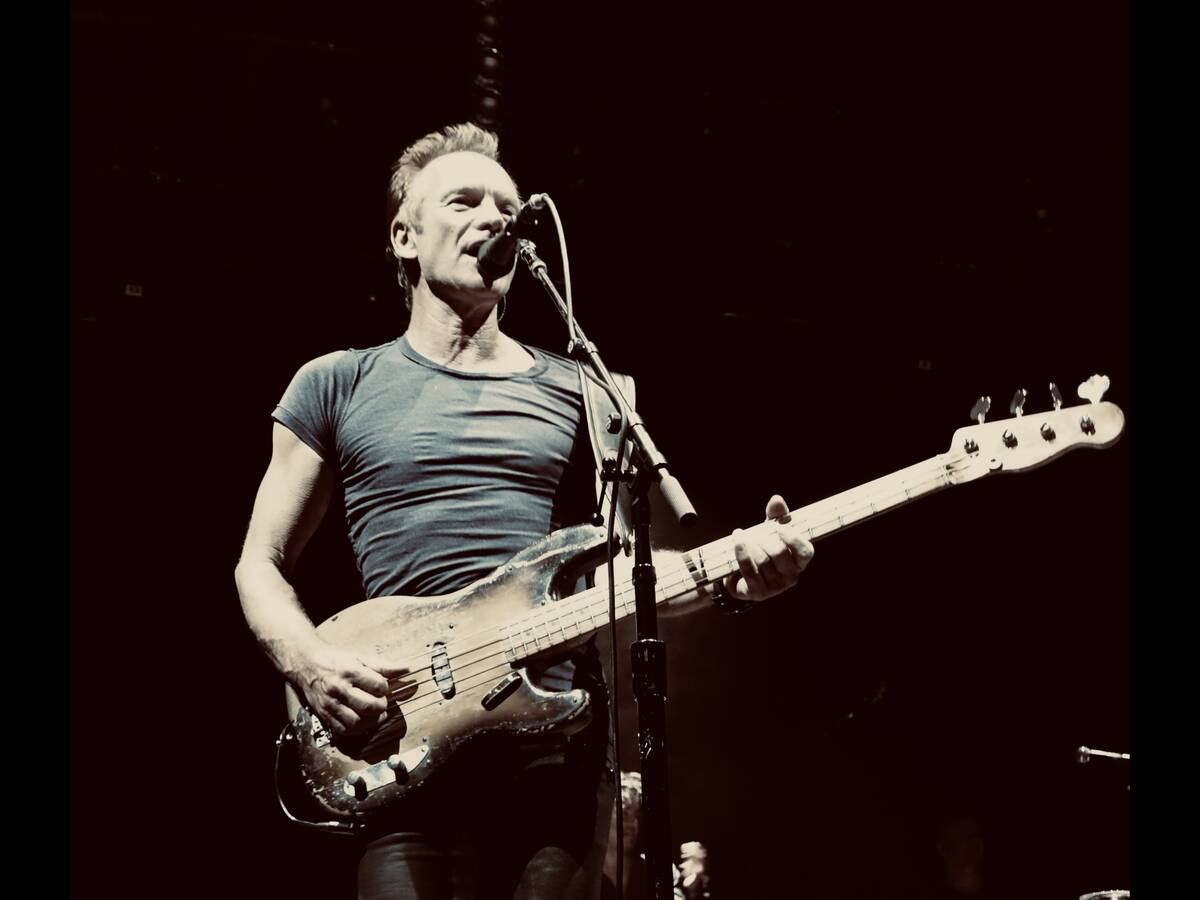 Las Vegas has a long history with variety shows, and the biggest variety show of them all comes to town Thursday when “America’s Got Talent Las Vegas” formally premieres at Luxor. The showcase will feature a cast of daredevils, dancers and other performers and will be hosted by Season 12 finalist Preacher Lawson. Also scheduled to perform is magician Dustin Tavella, winner of the TV show’s just-concluded season. Tickets start at $49, plus fees and taxes; 800-557-7428 or 702-262-4400.

They’ve done Ziggy Stardust, Disney haunted house records and even a fictionalized Scandinavian ’80s prog rock band. So what “musical costume” will jam band favorites Phish don when they bring their Halloween shows back to Vegas for the first time since 2018? The surprise of finding out which album the band will cover in its entirety during the second of three sets on Halloween is part of the fun. See for yourself when Phish hits town at 7:30 p.m. Friday to Sunday at the MGM Grand Garden, 2799 Las Vegas Blvd. South. Tickets start at $85; axs.com.

What you think of as the middle of nowhere isn’t — that’s the underlying message of this arts happening at the Goldwell Open Air Museum, next to the Rhyolite ghost town, timed to coincide with Beatty Days, Friday through Sunday. More than 20 artists from Las Vegas and elsewhere — California, Chicago — have created works and performance pieces that address diversity (biological, cultural) in the desert. Also: bands (Thee Swank Bastards, the Implosions, The Riflemen) perform after sundown Saturday. Free, all day, goldwellmuseum.org.

October is, in the parlance of Big Dog’s Brewing Company, Dogtober, which means it’s time for the annual Dogtober Beerfest, which is 5 t0 10 p.m. Saturday at Big Dog’s Brewing Company, 4543 N. Rancho Drive. More than 50 craft beers — including the new Boo Brew Hazy IPA — will be available for sampling, and there will be Dogtoberfest platters, live music and Halloween costume contests for humans and dogs. Admission is free; food and beverage tickets and packages are available at bigdogsbrews.com through noon Saturday and at the gate.

Darn those zombies; they’re as numerous and pesky as cockroaches, and equally indestructible. Some of us find them kinda scary, but you’re not afraid of a little brush with the undead, are you? Find out at “Army of the Dead: Viva Las Vengeance,” a virtual reality experience being offered at Area15. It seems there are people trapped in zombie-occupied Las Vegas, and the Las Vengeance crew — which includes you — is their only hope. Tickets start at $24, for those 13 and older, at armyofthedeadvr.com/las-vegas.

Fresh from being accused of murder — and, to a slightly lesser extent, dog poisoning — by Steve Martin and Martin Short on their Hulu comedy “Only Murders in the Building,” Sting is moving into the Colosseum at Caesars Palace. Originally announced in April 2019, “My Songs: The Las Vegas Residency” launches Friday, promising “a setlist of his biggest and most celebrated songs.” You also just may get a sneak peek at his latest album, “The Bridge,” due Nov. 19. See him Friday, Saturday, Wednesday and Nov. 3, 5, 6, 10, 12 and 13. Tickets start at $59, plus fees, at Ticketmaster.com.

If you’re an NHRA fan, The Strip — the other strip — at Las Vegas Motor Speedway will be the place to be this weekend. The various events Friday through Sunday could determine NHRA world championships in top fuel, funny car, pro stock and pro stock motorcycle, and there will be a question-and-answer session with drivers, trick-or-treating in the pits and a Halloween costume contest on Saturday and more. General admission and reserved tickets and packages start at $44. lvms.com

Beginning Monday, art by Indigenous women gets a welcome showcase at UNLV’s Donna Beam Gallery. Curated by prominent artist Fawn Douglas, “Ah’-Wah-Nee” — a Paiute word meaning “balance” — explores Native American identity in a variety of forms. On Thursday, participating artist Cara Romano will give a 7 p.m. talk at UNLV’s Barrick Museum; the next day there will be a full day of talks and symposia on issues raised by the show. Through Dec. 10, free, unlv.edu/calendar.

The 20th anniversary Life in Death Festival comes to Winchester Cultural Center, 3130 S. McLeod Drive, Monday and Tuesday to celebrate the Mexican holiday of El Dia de los Muertos, or Day of the Dead. Activities include dance performances, an art show, children’s programs and a display of ofrendas, altars created to remember deceased loved ones. The free event runs from 5 to 9 p.m. bit.ly/3kj9shl

Take one cowboy, add a few hundred pounds of angry bull, shake vigorously for eight seconds and what do you get? The PBR — Professional Bull Riders — World Finals, which comes to T-Mobile Arena Wednesday through Nov. 7. The PBR World Finals moves to Texas in 2022, so enjoy it here while you can. Tickets start at $36 at pbr.com/tickets.