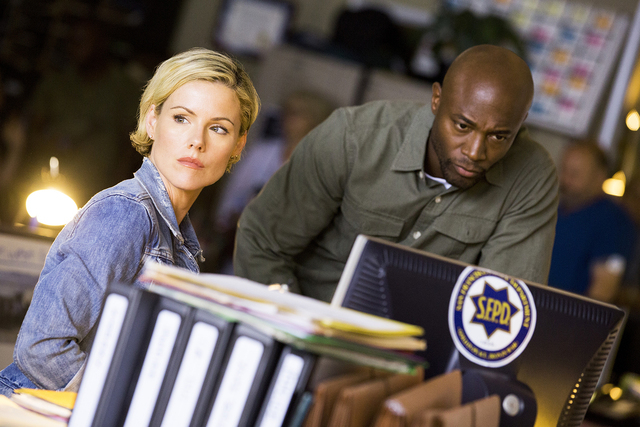 Kathleen Robertson and Taye Diggs in the pilot of "Murder in the First." (Trae Patton/TNT)

He fares much better with “Murder in the First” (10 p.m. Monday, TNT), in which homicide detectives (Taye Diggs, Kathleen Robertson) spend all season investigating two murders tied to a billionaire tech genius (Tom Felton) who says things like, “the three-axis gyroscope makes the proximity modules just pop.” Yeah, it feels a lot like Bochco’s 1995-97 drama “Murder One.” But it’s still pretty good, in a hey-it’s-summer-and-I-don’t-have-much-cable way.