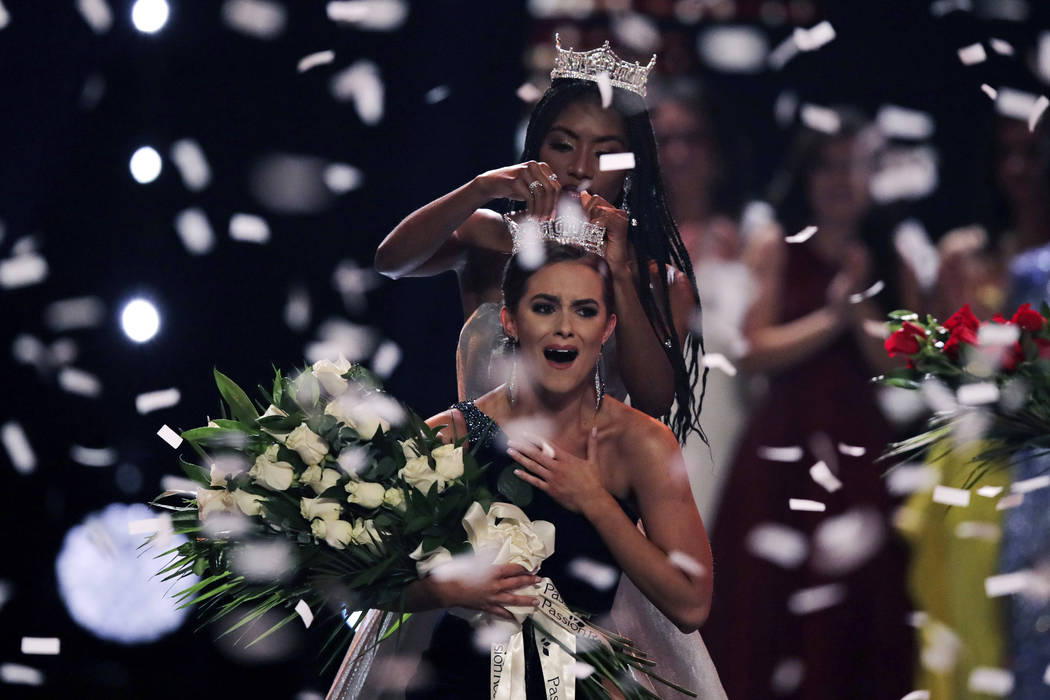 Camille Schrier, of Virginia, reacts as she is crowned after winning the Miss America competition at the Mohegan Sun casino in Uncasville, Conn., Thursday, Dec. 19, 2019. At rear is 2019 Miss America Nia Franklin. (AP Photo/Charles Krupa) 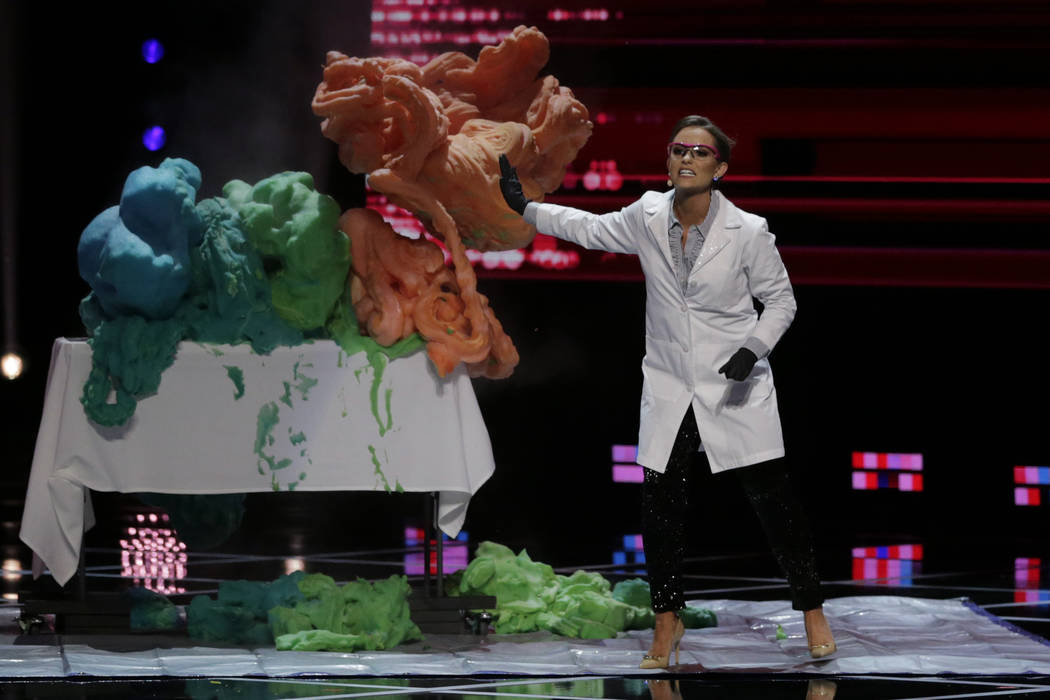 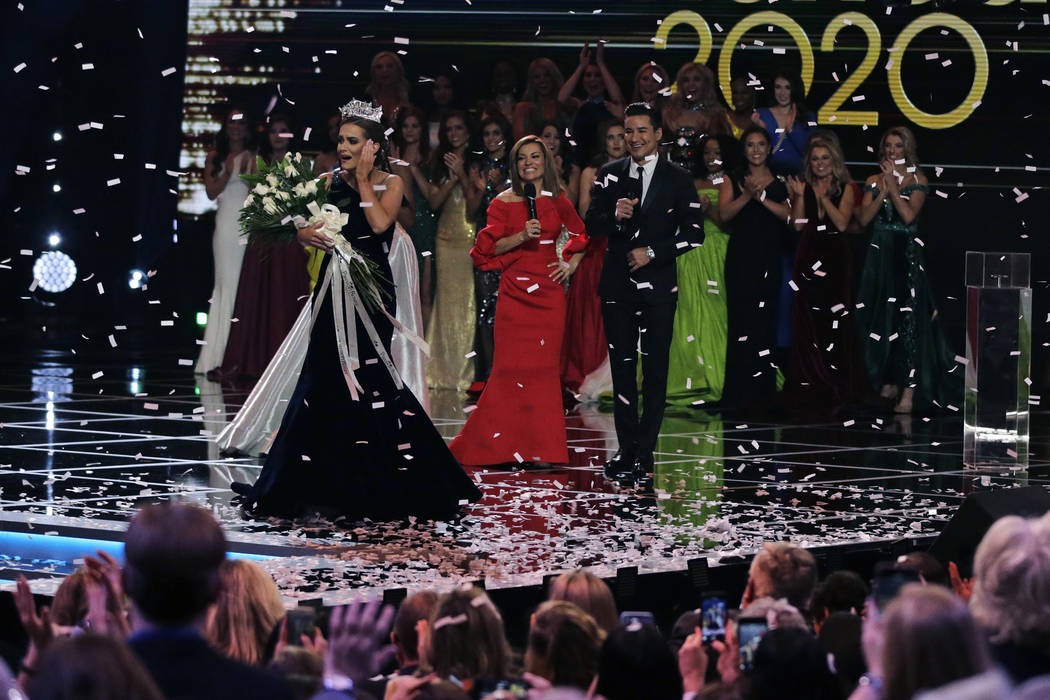 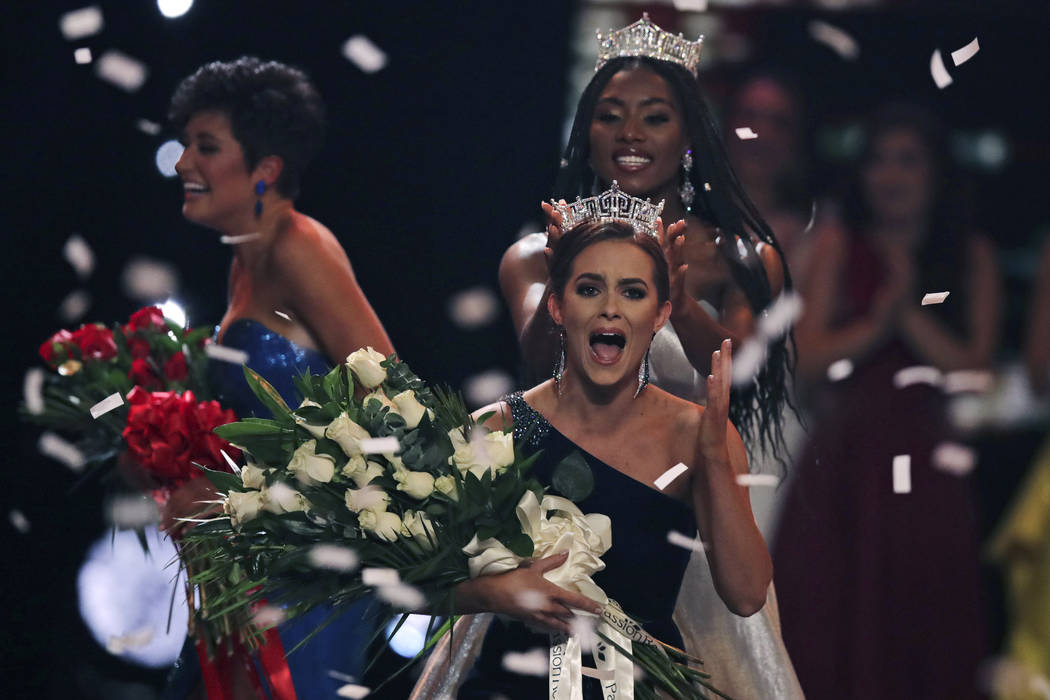 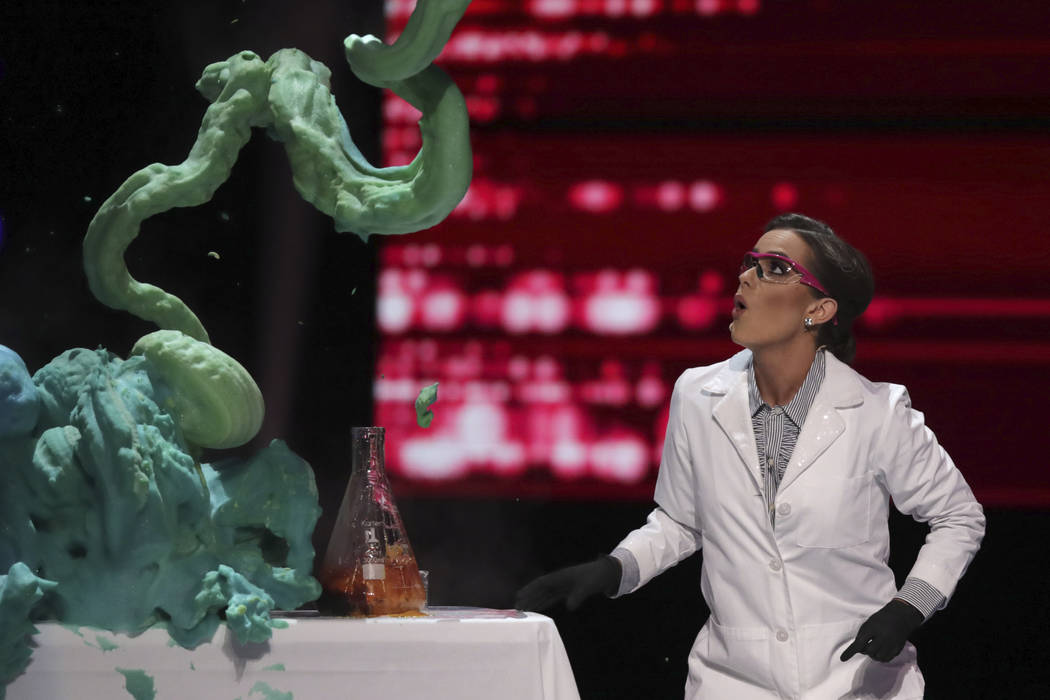 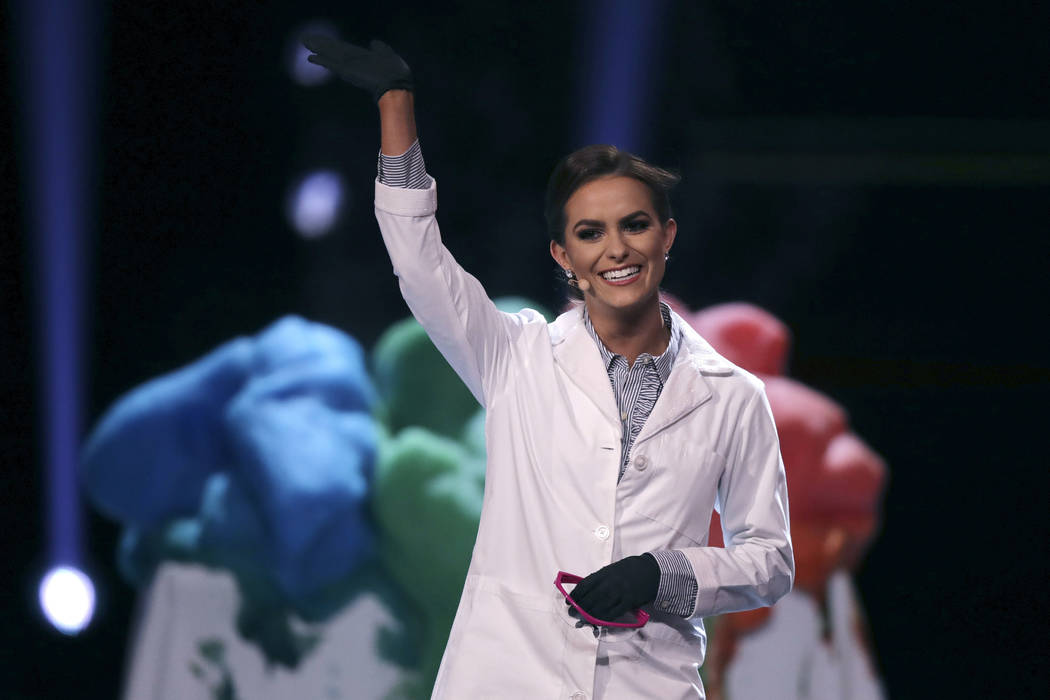 Camille Schrier, of Virginia, waves after performing a science experiment prior to winning the Miss America competition at the Mohegan Sun casino in Uncasville, Conn., Thursday, Dec. 19, 2019. (Charles Krupa/AP)

UNCASVILLE, Conn. — Organizers wanted to make it clear the 99th Miss America competition isn’t your grandmother’s beauty pageant, and their winner did just that on Thursday.

Virginia biochemist Camille Schrier won the crown just minutes after wowing the crowd with science. Dressed in a lab coat, she gave a colorful chemistry demonstration of the catalytic decomposition of hydrogen peroxide.

Schrier, a native of Pennsylvania, said she hopes to “break stereotypes about what it means to be a Miss America in 2020” by being a “woman of science” who is authentic to herself.

“I’m not the beauty queen,” she said. “I’m the brand ambassador for this organization and I’m more than just someone with a crown on my head.”

No longer called contestants, the 51 women “candidates,” who hailed from all 50 states and the District of Columbia, competed for a $50,000 scholarship and the “job” of Miss America, a one-year paid position they hope to use as a public platform for their “social impact initiative.”

For the second year in a row, women were not judged in a swimsuit or how they look in an evening gown. Instead, a series of interviews and talent demonstrations determine who is best qualified to wear this year’s crown.

“To make it relevant for these young women, it was important for us as a scholarship and service organization to make sure that we were reflective of this generation, meaning that you no longer had to be defined by some sort of ideal,” said Regina Hopper, president & CEO of the Miss America Organization.

Schrier, 24, who spoke on stage about having tackled an eating disorder, said she decided to compete for Miss America after the swimsuit competition was ditched, along with other changes that have been made to modernize the organization.

“I kind of figured that I would never get on that stage because I was a woman who did not want to get into a swimsuit on stage. And I didn’t have a performing talent, which is really ironic now,” she said, adding how she’s the first Miss America to win with a science experiment, a presentation she brings to schools.

Morgan Nichols, Miss South Carolina, had her own message on Thursday night. She walked down the red carpet wearing a billowing, long skirt topped by a plain white T-shirt that read: “Stronger.”

While Hopper acknowledges there has been some push-back from “old pageant” people who liked the old way of doing things, she said there’s been greater interest in the competition since the roll-out of Miss America 2.0.

When asked on stage whether the Miss America organization should change even more and allow married women and women with children to participate, both Schrier and Hill said no. Schrier told reporters afterward that she believes the job would be too busy for a mother.

The decision to drop the swimsuit competition did create great controversy and criticism of Miss America officials, including former board chair and former Fox News host Gretchen Carlson, who said in 2018 that Miss America would represent “a new generation of female leaders focused on scholarship, social impact, talent and empowerment.” Carlson has since stepped down.

Atlantic City businessmen came up with the idea for a pageant in 1921 as a way to extend the summer tourism season beyond Labor Day weekend. It became synonymous with the New Jersey seaside resort but moved to Las Vegas in 2005, returning to Atlantic City in 2013. 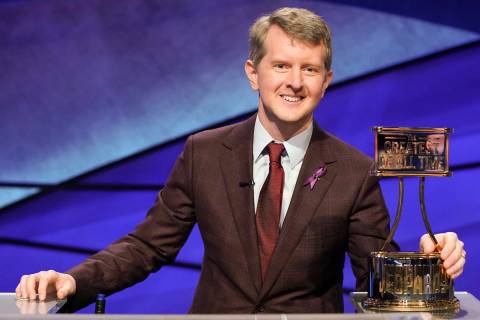 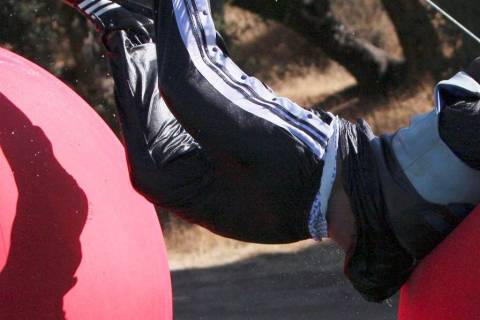 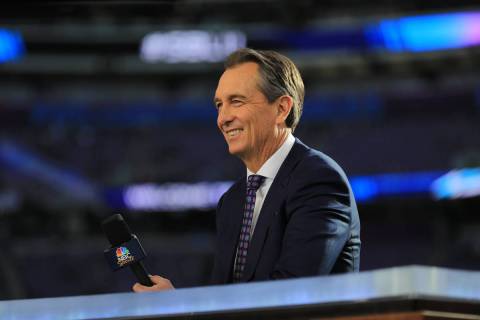 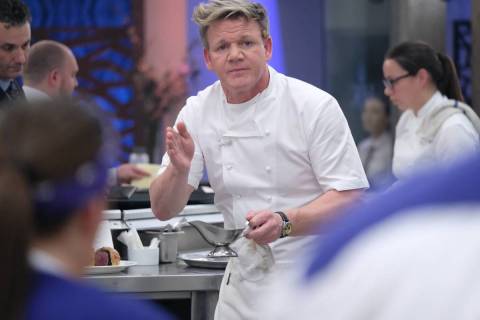 The world was a simpler place — all the way back in the spring of 2019 — when the local production began. 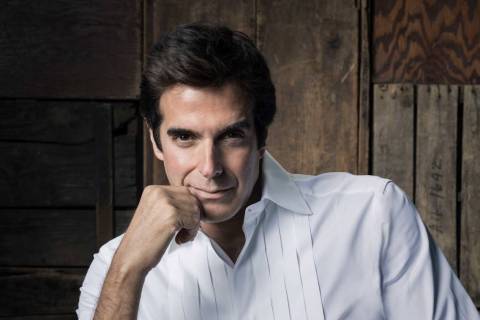