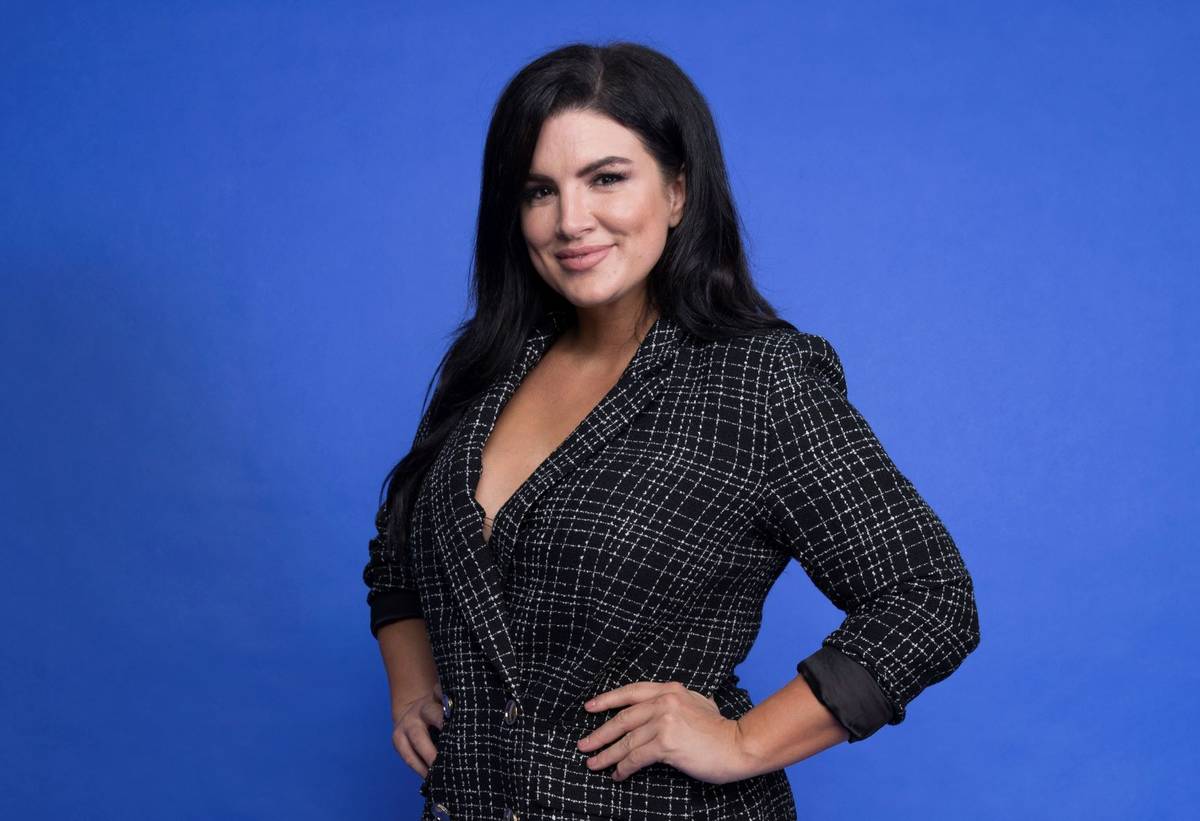 Gina Carano is seen at the Disney Plus launch event promoting "The Mandalorian" at the London West Hollywood hotel in West Hollywood, Calif., in October 2019. (Photo by Mark Von Holden/Invision/AP) 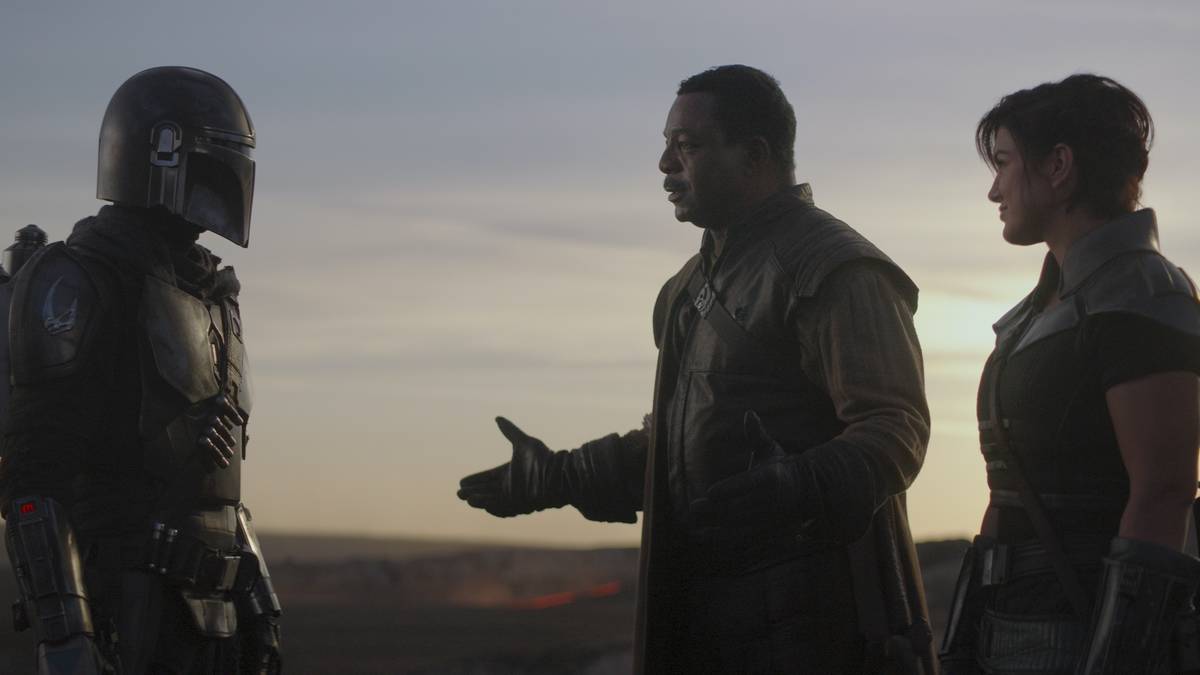 From left, Pedro Pascal, Carl Weathers and Gina Carano appear in a scene from "The Mandalorian." (Lucasfilm) 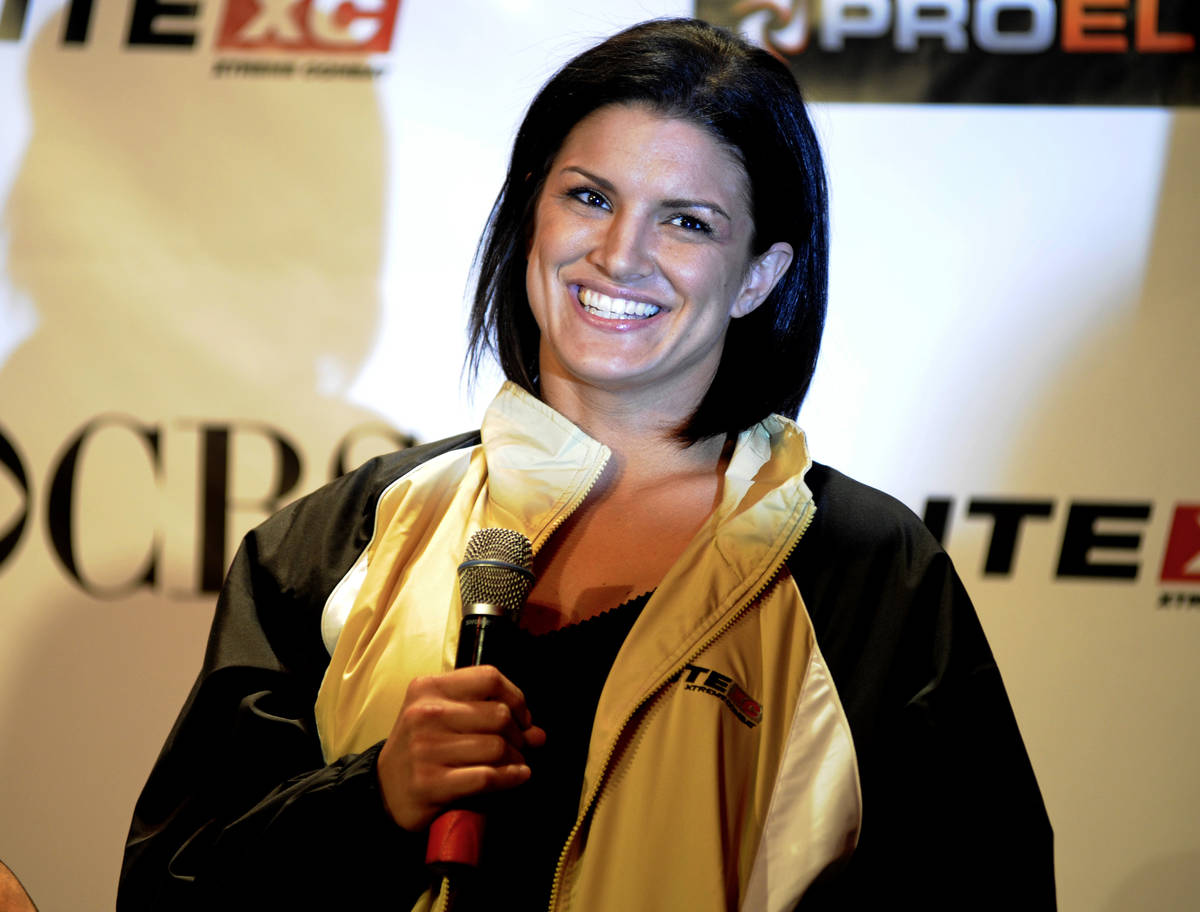 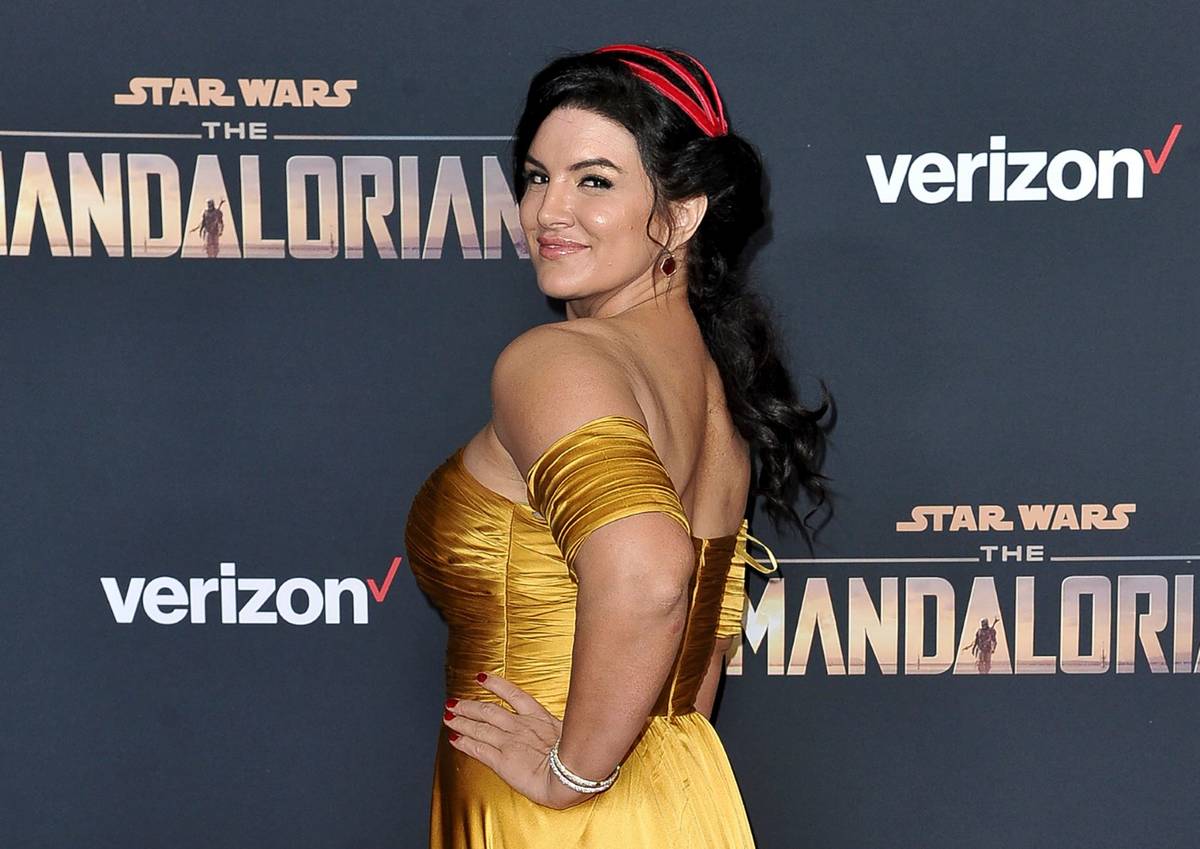 Gina Carano attends the LA premiere of "The Mandalorian" at the El Capitan Theatre in Los Angeles in November 2019. (Photo by Richard Shotwell/Invision/AP)

Former MMA star turned actress Gina Carano will not return to “The Mandalorian” after sharing a social media post comparing being a conservative in today’s political climate to being Jewish during the Holocaust.

The 38-year-old, who grew up in Las Vegas and attended Trinity Christian and UNLV, was also dropped by her agency, according to The Hollywood Reporter. A statement from the production company behind the Disney+ series indicates she’s unlikely to be part of any of their projects going forward.

“Gina Carano is not currently employed by Lucasfilm and there are no plans for her to be in the future,” a Lucasfilm spokesperson said in a statement. “Nevertheless, her social media posts denigrating people based on their cultural and religious identities are abhorrent and unacceptable.”

Carano has often been criticized for her sharing of conspiracy theories on social media. That sentiment grew after a series of posts Wednesday morning with the hashtag #FireGinaCarano trending throughout the day on Twitter.

The former Strikeforce women’s title challenger has often stirred emotions by posting disinformation about COVID-19 and election fraud, but avoided action from her employer until Wednesday.

“Jews were beaten in the streets, not by Nazi soldiers but by their neighbors…even by children,’ her Instagram story post read. “Because history is edited, most people today don’t realize that to get to the point where Nazi soldiers could easily round up thousands of Jews, the government first made their own neighbors hate them simply for being Jews. How is that any different from hating someone for their political views?”

Carano, whose father is former UNLV and Dallas Cowboys quarterback Glenn Carano, rose to fame as a fighter and was undefeated until a crushing knockout loss to Cris “Cyborg” Justino in a Strikeforce women’s title bout in 2009 that is largely credited with helping to popularize female bouts.

She left the sport after that fight to become an actress with her big break coming as the star of the 2011 Steven Soderbergh film, “Haywire.”

Carano has not commented publicly on the matter.