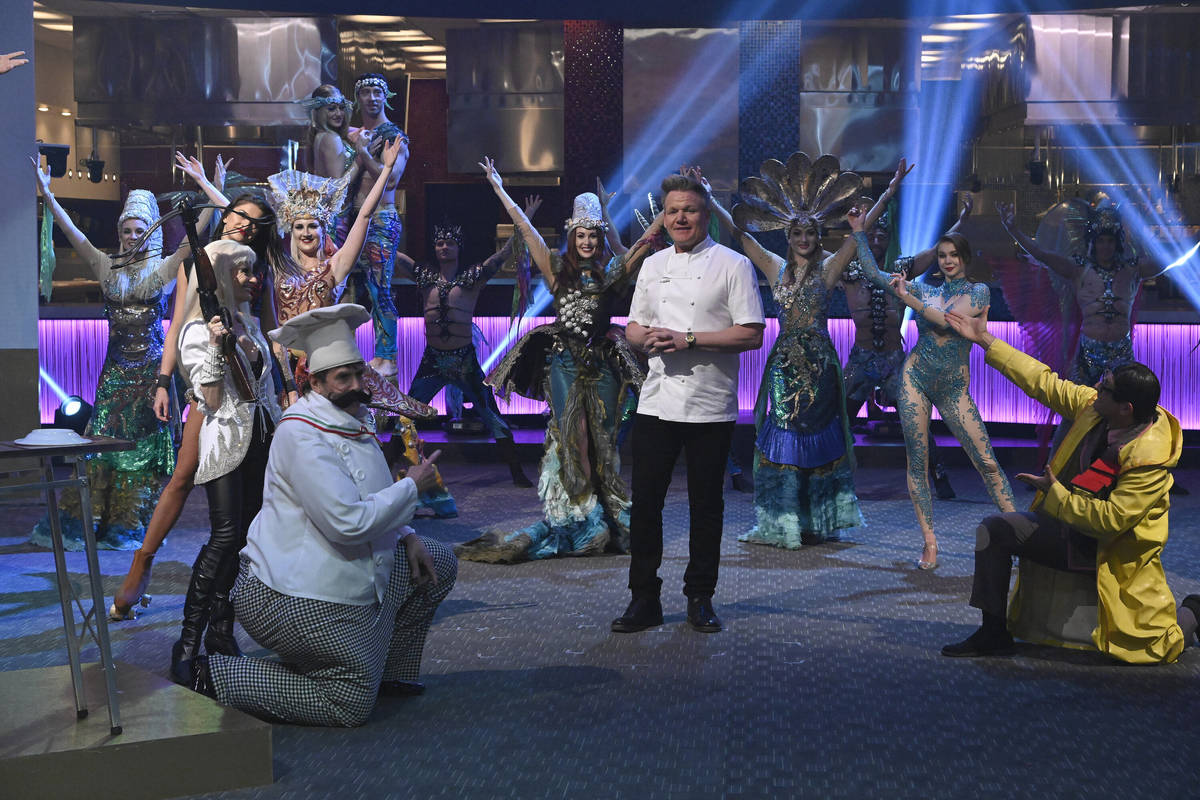 Gordon Ramsay and performers from "WOW: The Vegas Spectacular" at the Rio welcome to Las Vegas the 18 chefs who'll be competing on "Hell's Kitchen." (Scott Kirkland/Fox) 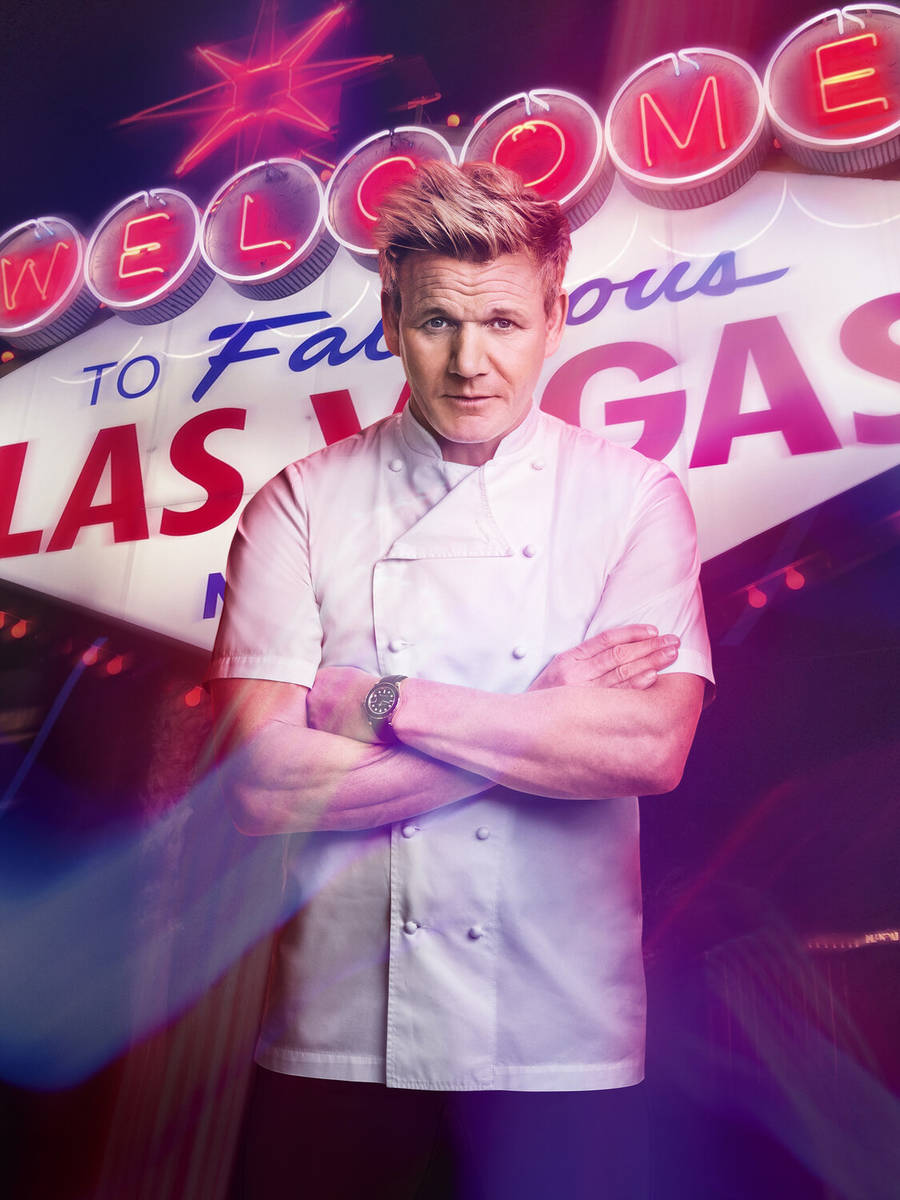 Gordon Ramsay stands in the middle of “Hell’s Kitchen’s” Las Vegas set, speaking to the show’s 18 contestants, as acrobats, an archer, a plate-spinning clown and other cast members from “WOW: The Vegas Spectacular” perform all around him.

No one’s social distancing. There isn’t a face mask to be seen — not even on Adam Pawlak, the Milwaukee chef who really could use one, just as a sanitary precaution to cover the long, scraggly beard that leads Ramsay to call him “ZZ Top.”

Season 19 has collected dust on a shelf for so long, it’s transitioned into a wistful reminder of pre-COVID Las Vegas. “WOW,” for instance, has been dark at the Rio since March. The crowded Hell’s Kitchen set, filled with impatient diners waiting for their meals amid the inevitable delays, feels like something from a distant memory.

This Las Vegas season, “Hell’s Kitchen’s” first foray out of Los Angeles, had been kicked around for a while. It finally made sense now, owing to the city’s boasting the first Hell’s Kitchen restaurant and the fact that the prize, in addition to $250,000, is a position as head chef at the Lake Tahoe Hell’s Kitchen.

“When you’re doing a show for as long as we’ve been doing this show, we’re always thinking of ways to change it up, energize it,” Smith says, “while at the same time not changing it up so much that people go, ‘What did you just do to “Hell’s Kitchen”?’ ”

This season goes all-in on its Las Vegas setting, with rewards involving the High Roller, a spa day at Voie at Paris Las Vegas and a dinner with Ramsay at his Gordon Ramsay Steak. As a punishment, members of the losing team in an early challenge must clean the fountains in front of Caesars Palace.

Dan Reynolds of Imagine Dragons pops up as a guest at a dinner service, while a “starving” Lisa Vanderpump, of Vanderpump Cocktail Garden at Caesars, gets a seat at one of the chef’s tables — along with her husband, Ken Todd, who isn’t identified, and Puffy, her Pomeranian, who is.

“It brought us a whole new way of energizing the show,” Smith says of its new locale, “whether it’s appearances by Criss Angel or Penn & Teller or the cast of ‘Absinthe.’ ”

One Las Vegas star that gets only a brief cameo is the actual Hell’s Kitchen restaurant.

“Obviously, this year’s competition will not be taking place here,” Ramsay says, early in Thursday’s premiere. “This restaurant’s way too busy.”

Instead, Hell’s Kitchen was re-created just behind Bally’s at Caesars Entertainment Studios, where Season 20 also was filmed. There’s a special theme for that season, but Smith isn’t ready to reveal it, considering there have been no indications of when it might air.

Until then, he’s focusing on this upcoming season, which he ranks as something special.

“I love this group of chefs. I think there’s really, really interesting people, and people of all ages and all backgrounds,” Smith says.

“I think Gordon was really taken with them, because they were all really frickin’ passionate. When Gordon gets a group of chefs that care so deeply, that are so passionate, he’s so happy.”