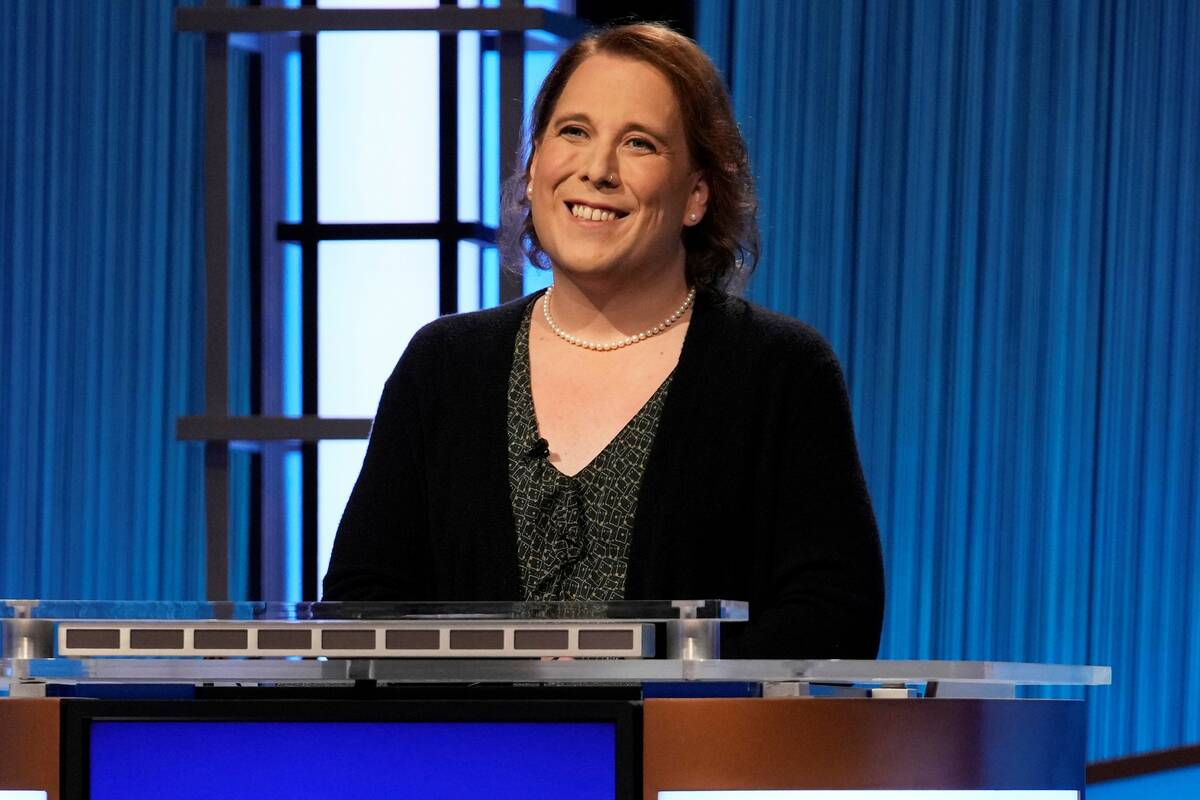 Amy Schneider is seen on the set of "Jeopardy!" (Jeopardy Productions, Inc. via AP) 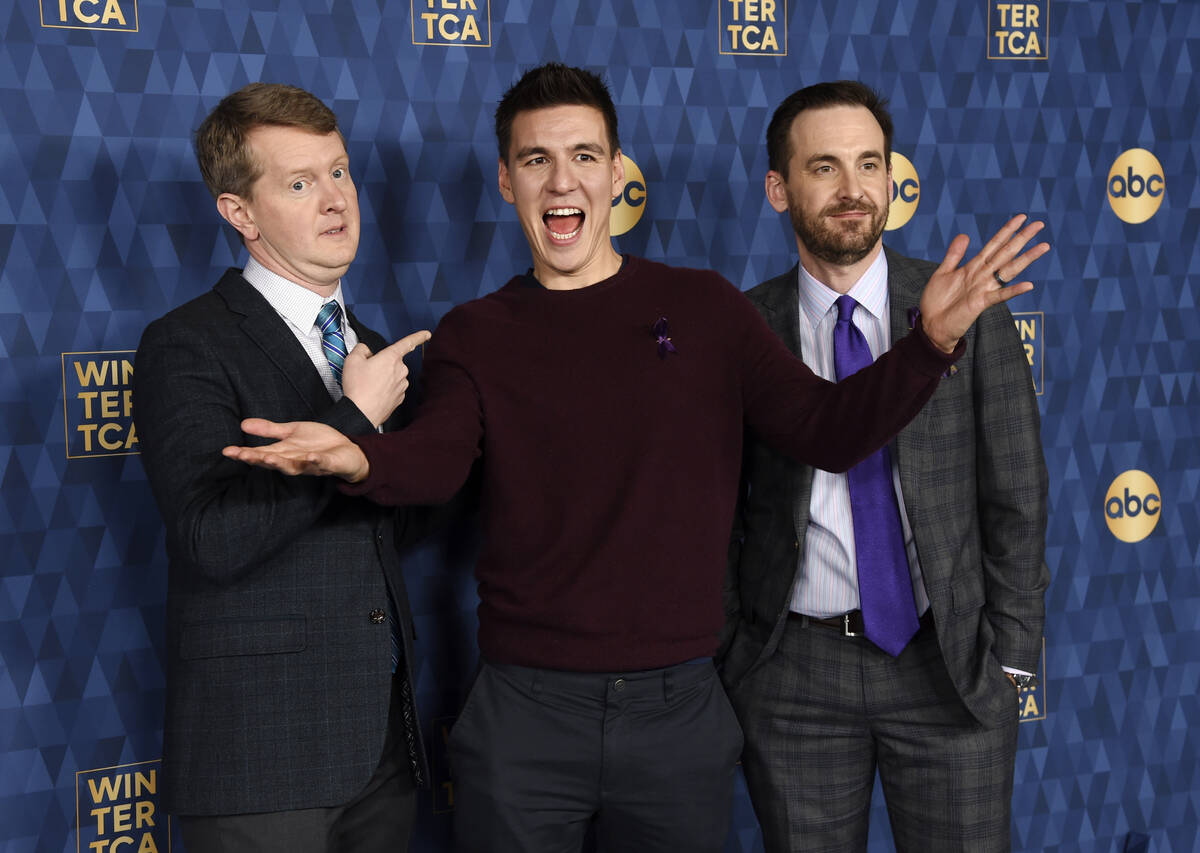 For the second time in four months, a “Jeopardy!” contestant has surpassed James Holzhauer’s 32-game winning streak on the popular quiz show.

Amy Schneider won her 33rd consecutive game Friday and made it 34 Monday.

An engineering manager from Oakland, California, Schneider has the third-longest streak in the show’s history behind Ken Jennings, who compiled a 74-game run in 2004, and Matt Amodio, who won 38 straight games last year.

Holzhauer, a Las Vegas-based professional sports bettor, congratulated Schneider on Twitter after she eclipsed his streak, writing “Big congrats to @Jeopardamy on her 33rd win! This makes three eligible players in the 30+ game millionaires club.”

Big congrats to @Jeopardamy on her 33rd win!

Holzhauer’s tweet, which ended with a thinker emoji, was a playful jab at Jennings, who has been hosting the show and no longer is eligible to play because he is a “Jeopardy!” producer.

While Schneider surpassed Holzhauer’s win streak, she still has a long way to go to match his winnings on the show. Holzhauer won $2.4 million and trails only Jennings, who won $2.5 million, in that category. Amodio is third in winnings with $1.5 million, and Schneider is fourth with $1.1 million.

Schneider is the winningest female contestant in the show’s history. She also is the first transgender person to qualify for the show’s Tournament of Champions.

Holzhauer is known as “The High Roller” on the game show “The Chase,” which airs Wednesdays on KTNV-TV, Channel 13.