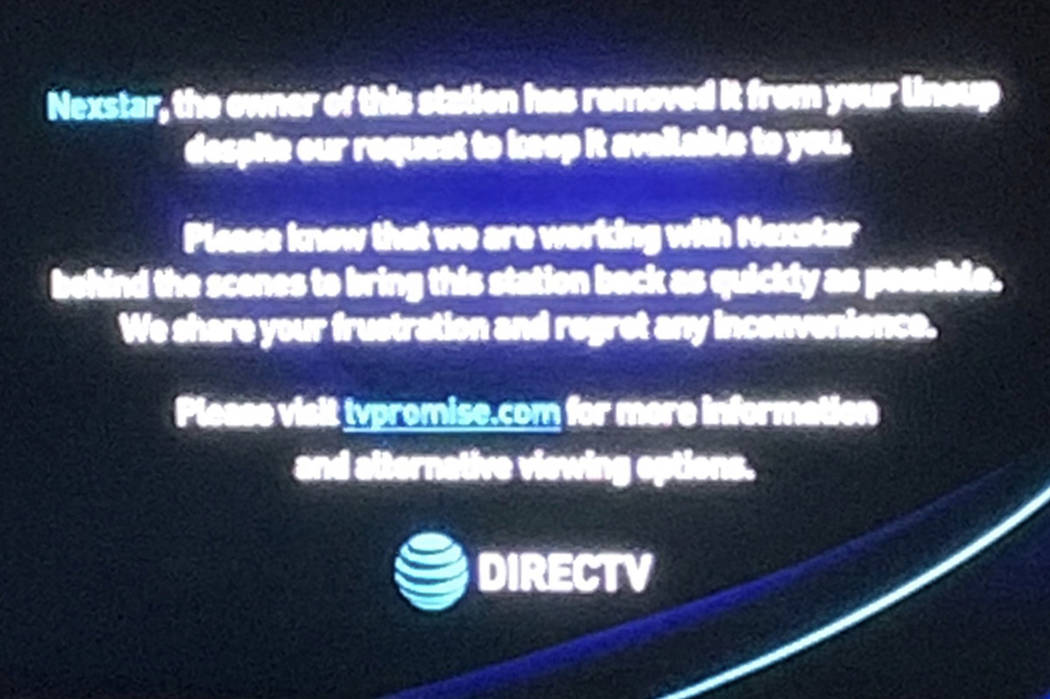 AT&T and Nexstar, the owner of KLAS-TV, Channel 8, set off some fireworks of their own on Thursday as the Las Vegas station and more than 120 others across the country were removed from DirecTV.

The two sides, which have been negotiating a new contract, didn’t agree on who actually did the removing. AT&T, parent company of the satellite TV provider, accused Nexstar of taking the channels off its DirecTV and U-verse TV platforms, while Nexstar alleged the company “unilaterally dropped” its stations that cover 97 U.S. markets.

At the heart of the dispute are retransmission fees, the money local stations charge cable providers to air the same content that’s available for free, over the air, via an antenna.

The current agreement between AT&T and Nexstar expired at 11:59 p.m. Wednesday, and the flareup caught most viewers by surprise. Unlike past disagreements, such as the one between Nexstar and Cox Communications that resulted in KLAS being knocked off the local cable system for five days in 2016 and threatened access to Super Bowl 50, there were no warnings or public relations campaigns.

“While Nexstar believed progress was being made in the negotiations, DirecTV misled Nexstar as it requested that viewers not be informed about the pending expiration as long as negotiations were continuing to be constructive,” Nexstar said in a statement provided by Lisa Howfield, KLAS vice president and general manager.

The company said it had offered an extension of the existing contract that would have allowed both sides time to come to an agreement.

AT&T put together a website explaining its position. “We had hoped to prevent Nexstar from removing its stations from your TV channel lineup. We even offered Nexstar more money to keep their stations available. However, Nexstar simply said no and chose to remove them instead.”

Stating that the broadcast networks with which Nexstar stations are affiliated have lost “about half their prime-time audience” in recent years,” AT&T insisted that “Nexstar is demanding the largest increase that AT&T has ever seen from any content provider.”

According to eMarketer, there were 205.4 million cable and satellite customers in the U.S. in 2015. By 2022, the research firm expects that number to drop to 169.7 million. With cord-cutting becoming more popular each year, station owners and cable and satellite providers likely will only become more aggressive when it comes to seizing every penny they can.

AT&T already is embroiled in a long-running feud, as its HBO has been unavailable to Dish Network subscribers since Halloween. But the company said on its website that it hopes that dispute will be settled soon.

“We share your frustration and are working to return your local channels as soon as possible. These types of disputes are often resolved quickly, and we hope that will be the case this time.” 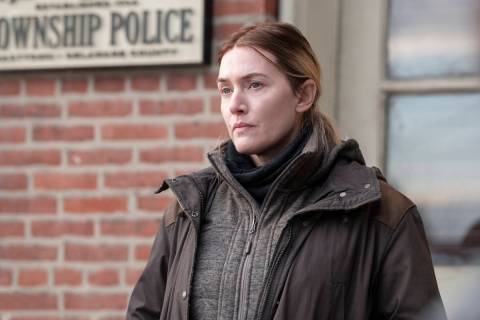 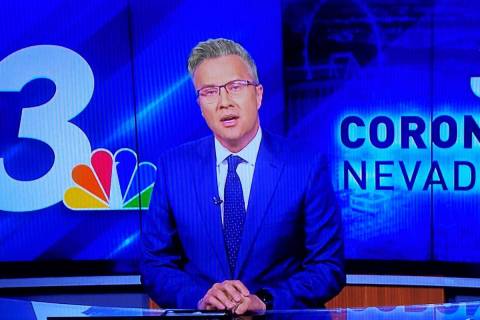 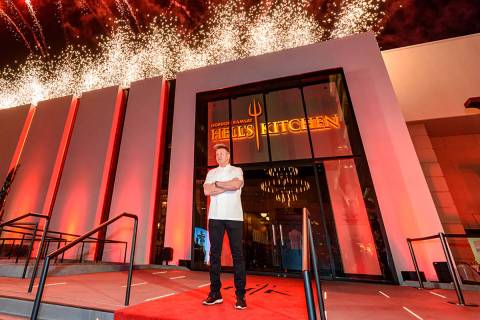 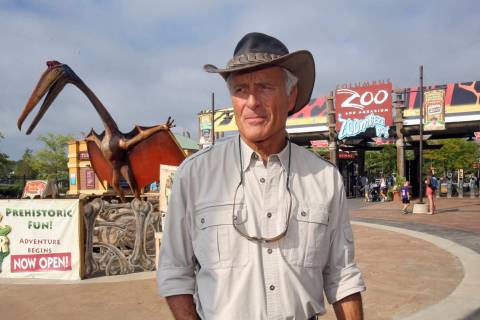 He was well-known for his live animal demonstrations on talk shows hosted by Johnny Carson, David Letterman and James Corden. 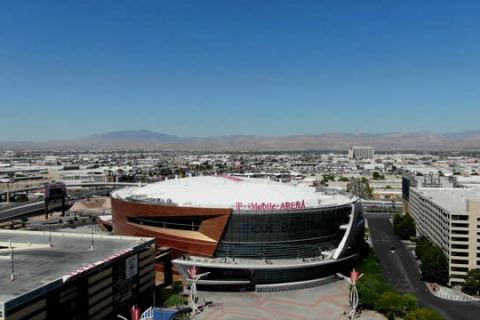 At age 5, when T-Mobile will fully reopen is ‘the magic question’
By John Katsilometes / RJ

Sadly, and inconveniently, T-Mobile Arena is closed for sellout crowds as it turns 5 today. 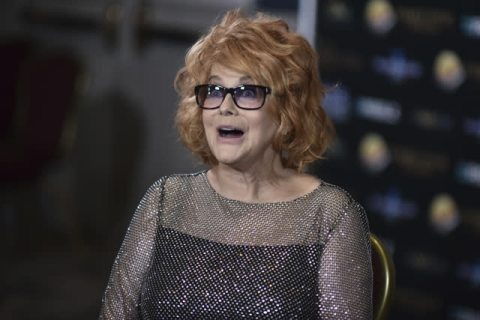