You can add the annual filming of NBC’s “American Ninja Warrior” finals to the ever-growing list of events COVID-19 has cost Las Vegas.

Qualifying had just gotten under way this spring when the pandemic shut down the production. Instead of a series of physical challenge contests in cities around the country, culminating in the Las Vegas Finals, the entirety of Season 12 was filmed in the domed stadium in St. Louis that formerly housed the NFL’s Rams.

According to a release from NBC, 50 athletes brought two people from their communities to compete alongside them, bringing the pool to 150 contestants. Following a new round of qualifying and semifinals, the top eight competitors faced off, bracket-style, for the $100,000 grand prize.

Each summer since 2012, the series had assembled an obstacle-filled village across Las Vegas Boulevard from Mandalay Bay for more than a week’s worth of filming. Before that, “American Ninja Warrior” took its finalists to Japan, where they competed on the set of its inspiration, “Sasuke.”

The new season, kicking off at 8 p.m. Sept. 7, will be the first one in which a champion is crowned in an American city other than Las Vegas.

Those who have left Fox 5 include Station Manager Terri Peck and anchors Rachel Smith, Maria Silva and Christine Maddela. 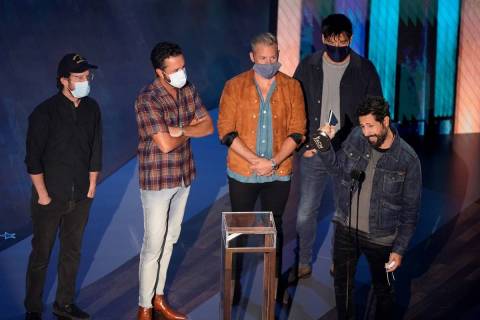 In a surprise twist that fit an unexpected year of firsts, Carrie Underwood and Thomas Rhett tied for entertainer of the year at the Academy of Country Music Awards, the first time the top prize has ever been split between two artists. 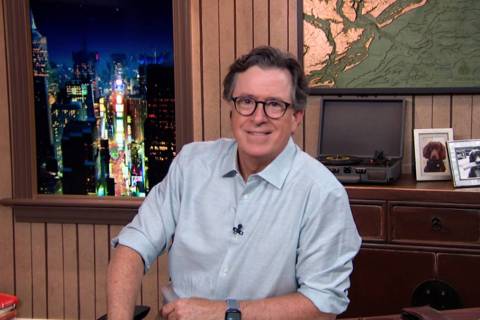 Stephen Colbert, Jimmy Fallon and Seth Meyers weighed in on the president’s visit to the Silver State.